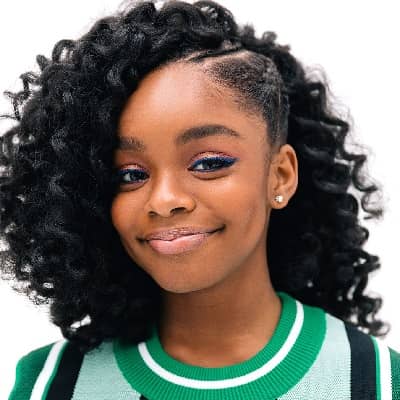 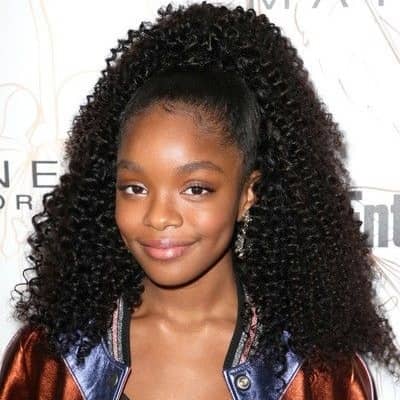 Marsai Martin is 17 years old. She was born on August 14, 2004, in Little Elm, Texas, under the astrological sign of Leo. Her father’s name is Joshua Martin and her mother’s name is Carol Martin. At the of two, her parents observed that she was inclined toward acting. Even though she was not able to speak, she would mimic characters from her favorite films and TV series.

It led her parents to believe that their daughter possessed a natural talent for being in front of the camera. Thus, her acting career began after a glamour pictorial while her father contracted with a photographer. The photographer also provided them a discount in exchange for her father’s promise that he would submit the photos taken to talent agencies.

Likewise, her photos were sent out to four agencies and one of these immediately signed her. At the age of five, she landed her first national commercial for Choice Hotel. Then, her family moved to Los Angeles in 2013 so she could pursue an acting career. 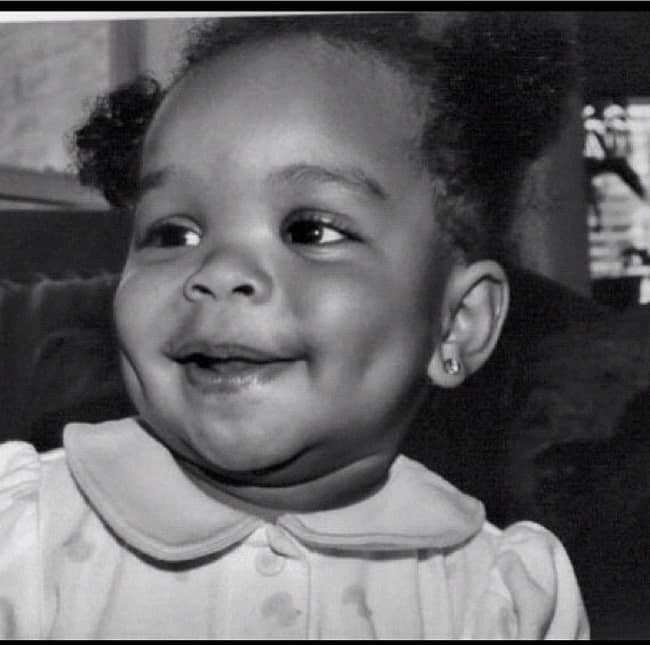 Since she is young to handle her finances, her father looks after her finances and acts as her manager.  Initially, her father did not hope she would turn into a big name in the entertainment industry. And, her father wanted her to be an economist upon growing up. Later her father established a film production company named ‘Genius Productions.’ He also serves as the president of the company, while her mother serves as its vice president.

Moreover, talking about her educational background, she is a high school student and is homeschooled due to her busy schedule. Similarly, she holds American nationality.

Professionally, Marsai Martin is an American child actor, famous for appearing in the popular American comedy series Black-ish.’ She began modeling when she was just a toddler. She gained her first TV commercial when she was asked to appear in a commercial for ‘Choice Hotel,’ as part of their “Voice of the People” campaign at the age of five.

Likewise, she landed another big project after moving to Los Angeles. As she got noticed in a commercial for ‘Meineke,’ a popular international car care company. She auditioned for many film and TV roles. Then, she soon landed her first major role. In 2014, she appeared a role in the American sitcom Black-ish.’ The sitcom featured the lives of an upper-middle-class black family, and she played the role of the youngest daughter in the family, ‘Diane Johnson.’ She managed to become a household name in the US with her talent and charm in her debut project.

The series earned a good response from people all over and soon became one of the most successful sitcoms of the decade. The show runs for five successful seasons, covering more than 100 episodes. The show is still running and she has won several awards and accolades for her role.

Her debut acting career became a dream-like beginning with successful hit TV series. While she stayed busy with ‘Black-ish’ and also continued focusing on her studies simultaneously. She even appeared in a voice role in the 2016 film titled ‘Nina.’ The following film was based on the life of famous American artist and activist Nina Simone. 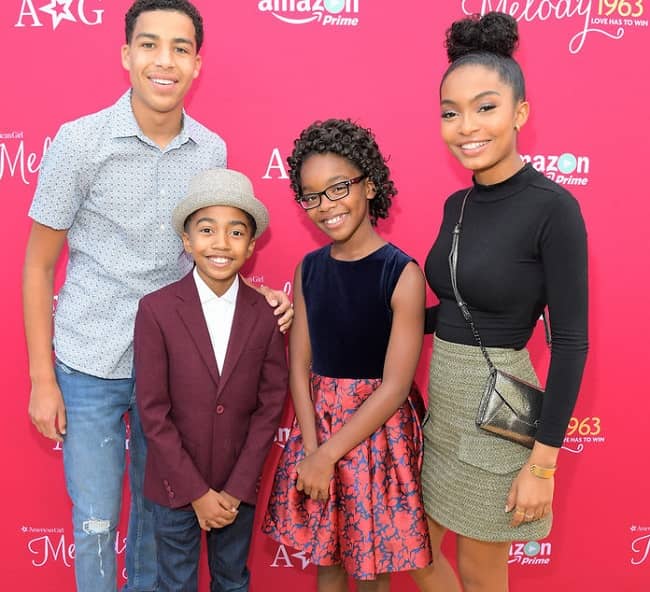 In the year 2016, she portrayed the main role in the family drama film titled ‘An American Girl Story- Melody 1963: Love Has to Win.’ In their debut film role, she performed the role of a young black girl at the peak of the ‘Civil Rights movement in the US in the 1960s. Her character, ‘Melody Ellison,’ shows racial discrimination and raises herself above all the hate through her imagination and creativity.

In the 2017 comedy film ‘Fun Mom Dinner,’ she appeared in the supporting role of ‘Hannah.’ Then, she played a key role in the short film titled ‘Lemonade Mafia.’ Similarly, she also voiced in the series ‘Goldie & Bear and ‘Mr. Peabody and Sherman Show.’ Additionally, she appeared in guest roles for series such as ‘Elena of Avalor’ (voice) and ‘Unbreakable Kimmy Schmidt.’

In 2019, she appeared in the role of ‘Jordan Sanders,’ a key character, in the fantasy–comedy film titled ‘Little.’ The film became an average critical success and a fairly good commercial success. Besides playing a supporting role in the film, she even served as its executive producer, alongside her father, Joshua.

From 2019-2020, she appeared in Tv series like  Vampirina as Frankie Bolt, and DreamWorks Dragons: Rescue Riders as Aggro. For the upcoming project, she will be appearing in Amari And The Night Brothers as Amari.

The young and talented artist Marsai Martin has won several awards and nominations for her role in the sitcom ‘Black-ish,’  and other films & television roles. To date, she has successfully grabbed thirteen awards and twelve nominations. It’s a great achievement for her at the age of sixteen.

Among them, her role as Diane Johnson  has made her earn nine awards including two ‘NAACP Awards’ and a ‘Young Artist Award.’ In addition, she has even been nominated for a ‘BET Award’ and a ‘Screen Actors Guild Award.’

Martin has presented herself with tremendous success in the world of the entertainment industry which has made her earn a decent sum of money. Side by side, she also earns additionally through different promotional events, brand endorsements, advertisements, campaigns, and so on. However, her net worth is not under review. 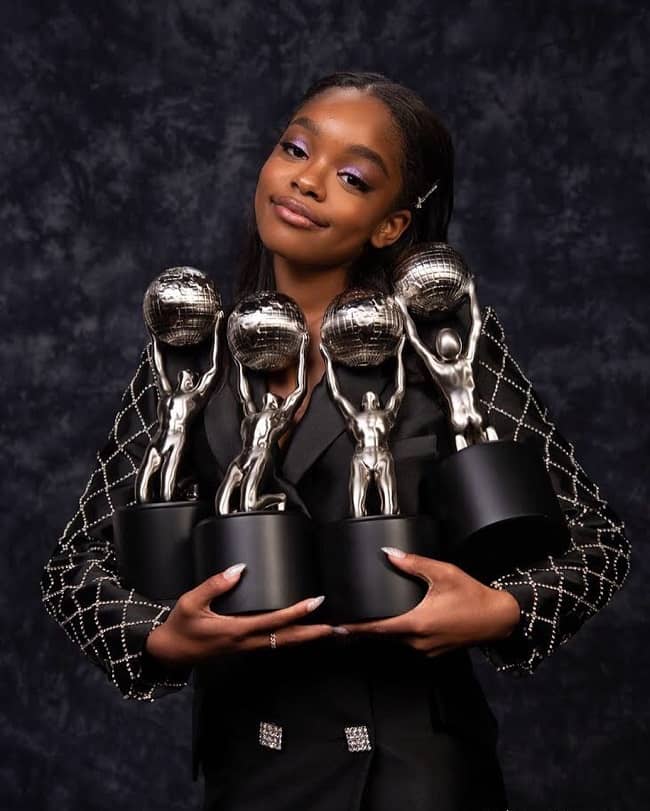 Caption: Marsai Martin posing for a photo with her awards (Source: Instagram)

This teen star Marsai Martin is probably single currently. She has no time currently for spending on her love life. She is too busy with her successful acting career as well as her studies right. However, this young actress has still more years for getting linked into a relationship. But as of now, no news suspects her to be in a romantic relationship.

The talented actress spends most of her time on the set of her film or television series. Apart from that, her charming personality and talents have been the main point of attraction to lots of boys of her age. Moreover, she will be surely dating a guy of her kind in the upcoming days.

Besides, her fame, she has not let any controversy and negative rumors surrounded her. Therefore, she has maintained successful and beautiful fame in the industry.

Marsai Martin stands a beautiful height of 5 feet 1 inch tall (1.57 m) and weighs around 49 kg. Thus, she has black eye color with curly black hair. She is very charming and beautiful with a cute dimple on her face. Similarly, she is exceptionally cute.