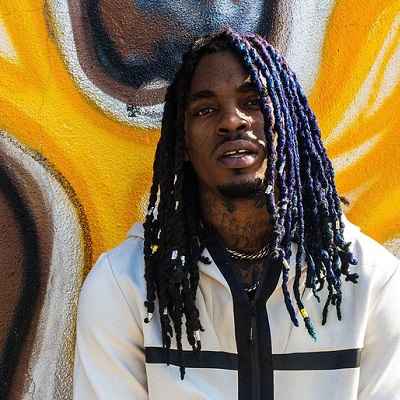 Marquavis Goolsby was born on 29 July 1992 and is currently 30 years old. He hails from Atlanta, Georgia, and his zodiac sign is Leo. Likewise, he is more popular as “Dae Dae, ” his stage name.

Talking about his family, his father’s name is John Burton. Besides this, there is no information about Goolsby’s mother and siblings. Regarding his education, Goolsby dropped out of school at the young age of 14 years old. 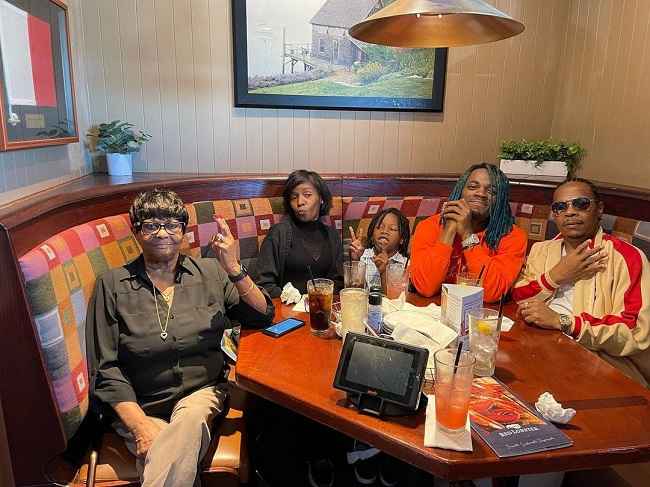 Caption: Marquavis Goolsby posing for a photo with his family in October 2022. Source: Instagram

Professionally, Marquavis Goolsby is a popular rapper whose focus is on the genres Hip hop and trap. Similarly, this personality gained immense fame for his debut single Wat U Mean (Aye, Aye, Aye).

Talking about the beginning, rapper Dae Dae had an interest in music from the early age of 8 years old. This started when Goolsby’s father bought him Bow Wow and Lil Romeo CDs. His father later converted a room in their home into a recording studio for Dae Dae.

Following his father’s arrest for having drugs at home, this rapper was left with nothing. Subsequently, Goolsby quickly got a job doing concrete and flooring work. Goolsby saved all of his earned money to record at a local studio and participate in weekly open mic nights. Eventually, this personality met his manager Anthem and was offered a record deal from Nitti Beatz Recordings.

Further, this rapper released his 1st single Wat U Mean (Aye, Aye, Aye) in the year 2015. After he signed with 300 Entertainment in 2016, this rapper released a mixtape titled 4 Reasons. It features cameos from artists including Rich Homie Quan. Likewise, in February 2016, this personality released the single Spend It. Later on, he released the music video for Spend It in November 2016.

Likewise, this rapper joined Young Thug’s May 2016 Hi-Tunes tour throughout the United States along with other artists TM88 and Rich The Kid. Moreover, in January 2017, Dae Dae released the single Dem Days and was named one of FACT Magazine’s “10 Rappers to Watch in 2017”.

Similarly, he released an official remix of Wat U Mean featuring Lil Yachty in July 2016. His 3rd single Dej Loaf was then released in August 2016. Additionally, during the week of 11 June 2016, this song was featured on Billboard’s Twitter Emerging Artists chart at #24. Further, this rapper also performed the song live at the 2016 BET Hip Hop Awards. 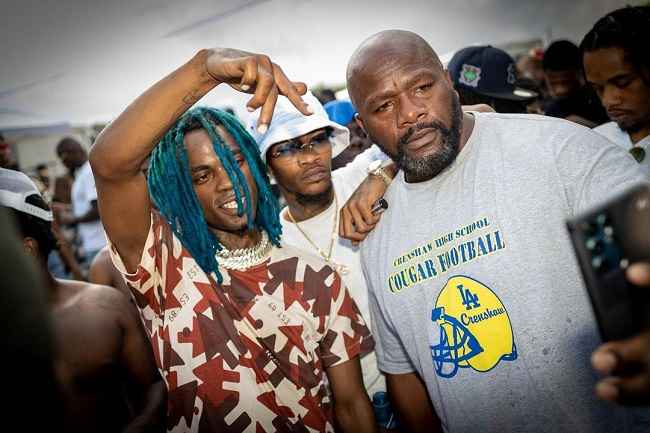 Caption: Marquavis Goolsby posing for a photo with Brooke and Big U in July 2022. Source: Instagram

Marquavis Goolsby may or may not have worked or collaborated with brands, stores, and companies to endorse or advertise their products or services. Nevertheless, this rapper has not exclusively mentioned who he has worked with so far outside of this musical journey.

Marquavis Goolsby became a father for the first time at the young age of 14 years. Later on, this rapper dated rapper and social media influencer Ti Taylor following his fame and recognition. Together, Dae Dae and Ti released the song Bae With Me in the year 2018. Shortly after this, this celebrity couple separated.

In June 2021, this rapper was arrested. His arrest was for stabbing a 17-year-old Dunkin Donuts employee in December 2020. The reason why rapper Dae Dae stabbed the aforementioned employee was that the store was out of what the rapper wanted at the time.

Marquavis Goolsby stands tall at an approximate height of 5 feet 10 inches and his weight is around 70 kg. Likewise, Goolsby has dark brown eyes and hair of the same color which he dyed blue while writing this biography. 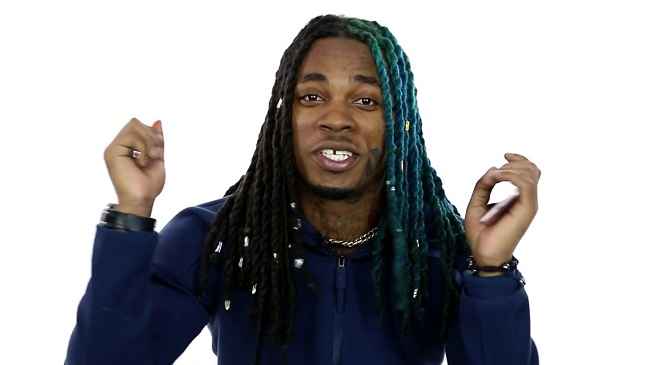 Similarly, he created his “Dae Dae” Youtube channel in February 2016. So far, this channel has garnered more than 59 million views and 238K subscribers. Additionally, he is also available on Facebook as “Dae Dae” where he has earned over 87K followers.

Marquavis Goolsby has a net worth ranging from $3 million to $5 million US dollars. Goolsby makes his earnings from creating new music, performing on stage, tours, rapping, and getting a royalty from his previously released music and their videos among others.