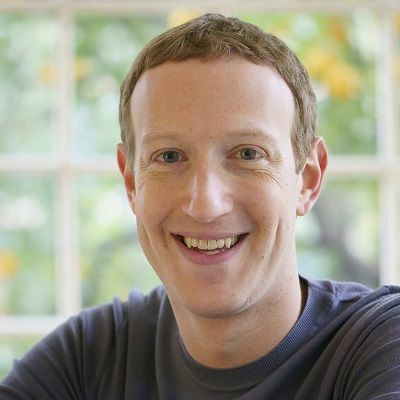 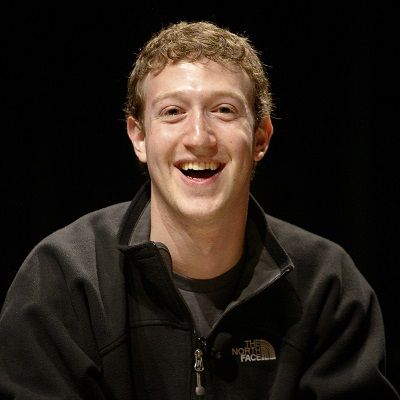 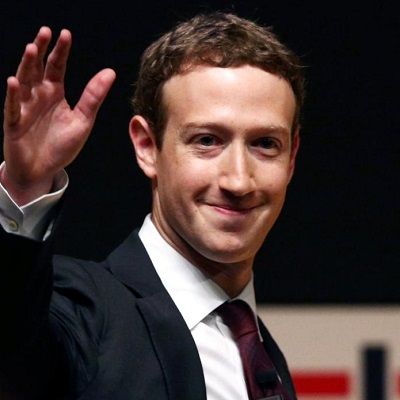 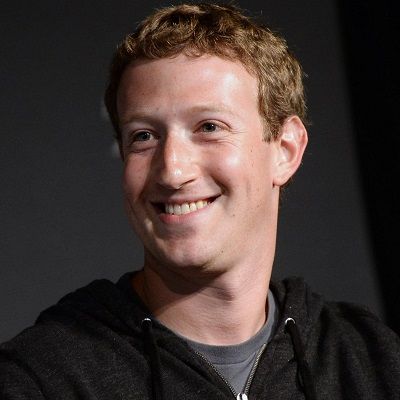 Mark Zuckerberg is an American internet entrepreneur and philanthropist who is popular for co-founding Facebook, Inc. Mark Zuckerberg also serves as its chairman, chief executive officer, and controlling shareholder.

Mark Zuckerberg was born on 14 May 1984, in White Plains, New York. He is currently 36 years old and his zodiac sign is Taurus. His parents are Karen (née Kempner) and Edward Zuckerberg. Mark’s mother is a psychiatrist and his father is a dentist. Likewise, Mark has three sisters namely Randi, Donna, and Arielle. They all grew up in Dobbs Ferry, New York. It is a small Westchester County village about 21 miles north of Midtown Manhattan.

Talking about his religion, Mark Zuckerberg was raised in a Reform Jewish household, and his ancestors hailed from Germany, Austria, and Poland. Also, Mark had a Star Wars-themed bar mitzvah when he turned 13. 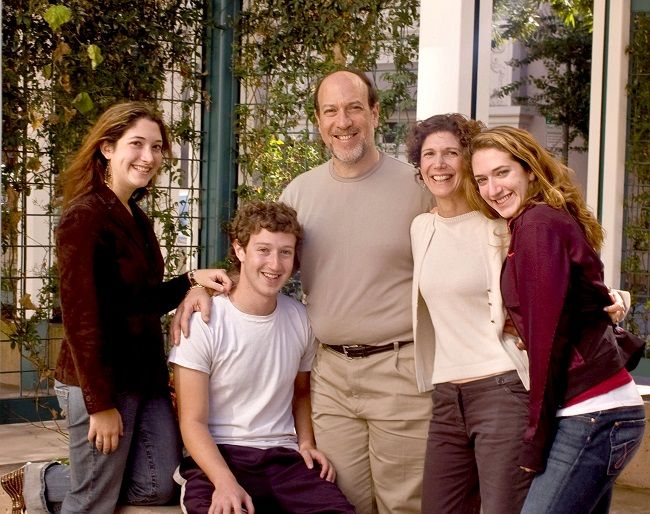 Mark attended Ardsley High School and there, he excelled in classes. After two years, he then transferred to a private school called Phillips Exeter Academy, an exclusive preparatory school in New Hampshire. There, Mark won prizes in mathematics, astronomy, physics, and classical studies. In his youth, Mark also attended the Johns Hopkins Center for Talented Youth summer camp.

Similarly, on his college application, Mark Zuckerberg stated that he could read and write French, Hebrew, Latin, and ancient Greek. He was also the captain of the fencing team. Moreover, to keep up with his flourishing interest in computers, Mark’s parents hired private computer tutor David Newman to come to the house once a week and work with him.

Mark’s instructor, David, later told reporters that it was hard to stay ahead of the prodigy, who began taking graduate courses at nearby Mercy College around this same time. Also, several companies, including AOL and Microsoft, expressed an interest in buying the software and hiring the teenager before graduation but he declined all the offers.

Mark Zuckerberg already began using computers and writing software in middle school. His father also taught him Atari BASIC Programming in the 1990s before hiring David Newman to tutor him privately. In one program, Mark built a software program “ZuckNet”. He developed this since his father’s dental practice operated from their home. This program allowed all the computers between the house and the dental office to communicate with each other. This program is considered a “primitive” version of AOL’s Instant Messenger, which came out the following year.

Moreover, during his high school years, Mark worked under the company name Intelligent Media Group. During this time, Mark built a music player called the Synapse Media Player. This program received a rating of 3 out of 5 from PC Magazine.

By the time Mark Zuckerberg began classes at Harvard, he had already achieved a “reputation as a programming prodigy”. Mark studied psychology and computer science. Also, he belonged to Alpha Epsilon Pi and Kirkland House. In his sophomore year, Mark wrote a program called CourseMatch. This program allowed users to make class selection decisions based on the choices of other students and also to help them form study groups.

A short time later, Mark also created a different program Facemash. This program lets students select the best-looking person from a choice of photos. However, the college administration shut down the program after a short time. The following semester, Mark Zuckerberg began writing code for a new website in January 2004. Then on 4 February 2004, he launched “Thefacebook”. This program originally located at thefacebook.com.

Six days after the site launched, three Harvard seniors accused him of intentionally misleading them into believing that he would help them build a social network called HarvardConnection.com. Instead, he was using their ideas to build a competing product. The three seniors were Cameron Winklevoss, Tyler Winklevoss, and Divya Narendra, who complained to The Harvard Crimson, and the newspaper began an investigation in response.

Following the official launch of the Facebook social media platform on, the three seniors filed a lawsuit against Mark Zuckerberg that resulted in a settlement. The agreement was for 1.2 million Facebook shares. In his sophomore year, Mark dropped out of Harvard in order to complete his project.

Then on 25 May 2017, at Harvard’s 366th commencement Day, Mark Zuckerberg received an honorary degree from Harvard after giving a commencement speech during the ceremony. 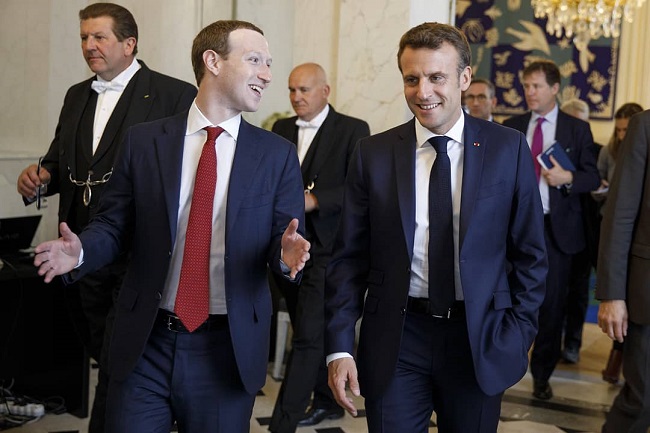 A month after Mark Zuckerberg launched Facebook in February 2004, Wayne Chang created i2hub. It is another campus-only service that focused on peer-to-peer file sharing. At the time, both i2hub and Facebook gained the attention of the press and grew rapidly in users and publicity. Then in August 2004, Mark Zuckerberg, Andrew McCollum, Adam D’Angelo, and Sean Parker launched a competing peer-to-peer file sharing service, Wirehog. It is a precursor to Facebook Platform applications.

The Platform, Beacon, and Connect

Similarly, on 6 November 2007, Mark Zuckerberg announced Beacon. It is a social advertising system that enabled people to share information with their Facebook friends. However, this program came under scrutiny because of privacy concerns.

Then in 2007, MIT Technology Review’s TR35 list added Mark Zuckerberg as one of the top 35 innovators in the world under the age of 35. On 23 July 2008, he announced Facebook Connect. It is a version of the Facebook Platform for users.

In a public Facebook post, Mark launched the Internet.org project in late August 2013. Mark also explained that the primary aim of the initiative is to provide Internet access to the five billion people who are not connected as of the launch date. This program could also create new jobs and open up new markets.

Harvard students Cameron Winklevoss, Tyler Winklevoss, and Divya Narendra filed a lawsuit in 2004. It was then dismissed on a technicality on 28 March 2007. However, they refiled it soon thereafter in federal court in Boston. Facebook countersued in regards to Social Butterfly. It is a project put out by The Winklevoss Chang Group, which is an alleged partnership between ConnectU and i2hub. On 25 June 2008, they settled the case and Facebook agreed to transfer over 1.2 million common shares and pay $20 million in cash.

In November 2007, the website of 02138, a magazine that catered to Harvard alumni posted confidential court documents. These documents included Zuckerberg’s Social Security number, his parents’ home address, and his girlfriend’s address. Though Facebook filed to have the documents removed; the judge ruled in favor of 02138.

Eduardo Saverin filed a lawsuit against Facebook as well as Mark Zuckerberg. They settled this case out of court. The company affirmed Saverin’s title as co-founder of Facebook but they had sealed the terms of the settlement. Additionally, Eduardo also signed a non-disclosure contract after the settlement.

The Pakistani Deputy Attorney General, Muhammad Azhar Sidiqque, in June 2010, launched a criminal investigation into Mark Zuckerberg and Facebook co-founders Dustin Moskovitz and Chris Hughes. This was after a “Draw Muhammad” contest hosted on Facebook.

The Deputy Attorney General asked the country’s police to contact Interpol to have Mark Zuckerberg and the three others arrested for blasphemy. On 19 May 2010, Facebook’s website was temporarily blocked in Pakistan until Facebook removed the contest from its website at the end of May.

In January 2017, Mark filed eight “quiet title and partition” lawsuits against hundreds of native Hawaiians. It was to purchase small tracts of land which the Hawaiians own. This land is contained within the 700 acres of land in the Hawaiian island of Kauai that he purchased in 2014. However, he dropped the lawsuits when Mark learned that Hawaiian land ownership law differs from that of the other 49 states.

On April 10 and 11, 2018, Mark Zuckerberg began testifying before the United States Senate Committee on Commerce, Science, and Transportation. This was regarding the usage of personal data by Facebook in relation to the Facebook–Cambridge Analytica data breach. Mark called the whole affair a breach of trust between Aleksandr Kogan, Cambridge Analytica, and Facebook. However, Mark Zuckerberg has refused requests to appear to give evidence on the matter to a Parliamentary committee in the United Kingdom. 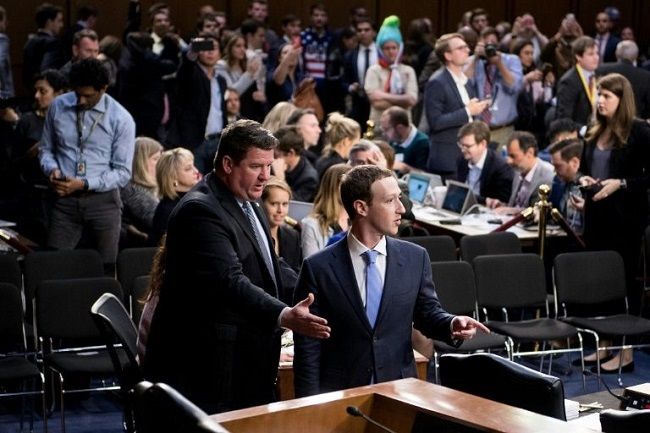 Caption: Mark Zuckerberg being questioned by the congress. Source: Liberation

Mark Zuckerberg met Priscilla Chan at a fraternity party during his sophomore year at Harvard. They began dating in 2003 and they both were the students of Havard. In September 2010, he invited Chan, who was a medical student at the University of California, to move into his rented Palo Alto house. Mark Zuckerberg also studied Mandarin in preparation for the couple’s visit to China in December 2010.

On 19 May 2012, Mark and Priscilla Chan married in his backyard in an event that also celebrated her graduation from medical school. Then on 31 July 2015, they announced that the couple were having a baby girl and revealed that Chan had experienced three miscarriages previously.

Also, on the 1st December, Mark announced the birth of their daughter, Maxima Chan Zuckerberg (“Max”). Mark and Priscilla announced in their Chinese New Year video that Maxima’s official Chinese name is Chen Mingyu (Chinese: 陈明宇). Moreover, the couple welcomed their second daughter named August, in August 2017. Moreover, the family has a Puli dog named Beast and has over two million followers on Facebook. 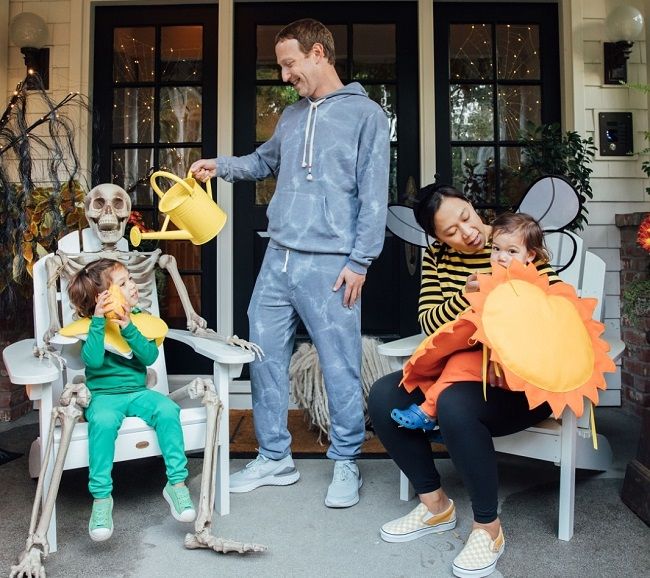 Caption: Mark Zuckerberg with his family during Halloween. Source: Instagram

Mark Zuckerberg founded the Start-up: Education foundation. On 22 September 2010, Mark reportedly donated $100 million to Newark Public Schools. It is the public school system of Newark, New Jersey. Then on 9 December 2010, Mark Zuckerberg, Bill Gates, and investor Warren Buffett signed “The Giving Pledge”. It is a pledge in which they promised to donate to charity at least half of their wealth over the course of time.

Similarly, in December 2012, Mark and his wife Priscilla announced that over the course of their lives, the couple would give the majority of their wealth to “advancing human potential and promoting equality”.

Moreover, on 19 December 2013, he announced a donation of 18 million Facebook shares to the Silicon Valley Community Foundation. On 31 December, the donation was recognized as the largest charitable gift on the public record for 2013. Chronicle of Philanthropy placed Mark and his wife at the top of the magazine’s annual list of 50 most generous Americans for 2013.

Then in October 2014, the couple donated US$25 million to combat the Ebola virus disease. It was specifically the West African Ebola virus epidemic. On 1 December 2015, the couple pledged to transfer 99% of their Facebook shares to the Chan Zuckerberg Initiative. It is their new organization that will focus on health and education. They didn’t transfer the fund immediately but over the course of their lives.

In 2016, the Chan Zuckerberg Initiative gave $600 million to create the tax-exempt charity Chan Zuckerberg Biohub. It is a collaborative research space in San Francisco’s Mission Bay District near the University of California, San Francisco. It had the intent to foster interaction and collaboration between scientists at UCSF, University of California, Berkeley, and Stanford University. Biohub and the discoverer’s home institution jointly own Its intellectual property.

Amidst the 2019–20 coronavirus pandemic, Mar donated $25 million to a Bill and Melinda Gates Foundation. His donation backed accelerator that is searching for treatments for the disease. Mark also announced $25 million in grants to support local journalism as an impact of the pandemic and $75 million in advertisement purchases in local newspapers by Facebook, Inc., where Facebook will market itself.

Mark Zukerberg has a Facebook page with 116.5 million followers. Similarly, he also has an Instagram page account with 159 posts shares and 6.7 million followers at the time of writing this article.

Moving on, Mark Zuckerberg has a net worth of about $68.2 billion as of August 2019. This makes him the fifth-richest person in the world. Mark’s 410 million shares of Facebook stock appreciated by more than $1 billion after news of Facebook’s FTC fine broke in July.