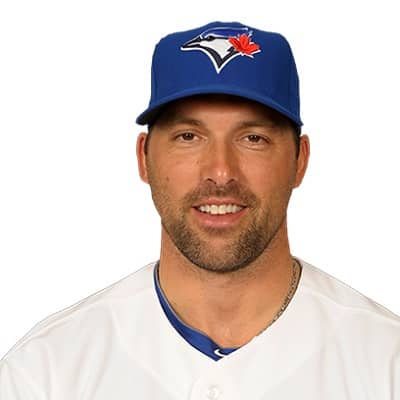 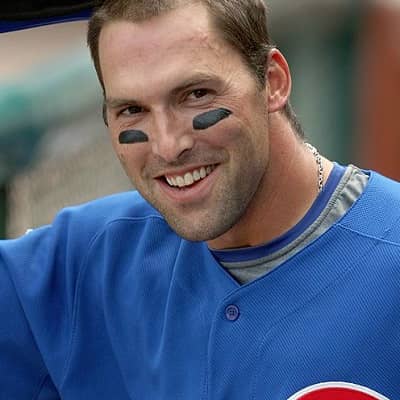 Mark Derosa is a former professional baseball player from the United States. Mark Derosa is now working as a studio analyst for MLB Network. At the time of his playing career, he played in Major League Baseball (MLB) from 1998 to 2013 for different franchise clubs such as Atlanta Braves, Texas Rangers, Chicago Cubs, and many more.

Mark Thomas DeRosa best known as Mark Derosa was born on 26th February 1975, in Passaic, New Jersey, the United States of America. As of now, he is 47 years old and he holds the nationality of American. Moreover, he has a zodiac sign of Pisces and he belongs to the Italian-American ethnicity. In addition, Mark is a Christian by religion. He is the son of Jack Derosa (father) and his mother’s name is unknown. According to some online sources, he is the only child of his parents.

Talking about his academic career, he completed his high school at Bergen Catholic High Schooling in Oradell, New Jersey. Later, he attended at Wharton School of the University of Pennsylvania in 1997. During his college years, he played college varsity baseball as a quarterback.

Mark Derosa is a former professional baseball player from the United States. Mark Derosa is now working as a studio analyst for MLB Network.

After college baseball, the Atlanta Braves drafted Mark in the 7th round of the 1996 Major League Baseball Draft. He also made his Major League Baseball debut as a shortstop on September 2, 1998. Despite being drafted by the Braves, he spent most of his time as a backup pitcher from 1998 to 2001.

After Vinny Castilla’s departure, he finally got the starting job after a couple of years as a backup. But, sadly, he performed poorly, as he confessed. As a result, he was demoted to the role of backup. The Braves declined to sign him to a contract for the 2005 season, which was as bad as it could go for him.

He signed with the Texas Rangers after being opted out by the Braves. However, due to injuries, he was unable to play for long periods, delaying his entry into the starting lineup. Finally, in May 2006, he was allowed to restart his career. Surprisingly, he performed admirably and set a new career-high with 74 points.

In addition, on November 14, 2006, he signed a three-year contract with the Chicago Cubs, which was an off-season signing. In addition, he appeared in 149 games for the Cubs, hitting 10 home runs and batting in 74 runs.

However, he was sent to the hospital on February 23, 2008, after having difficulty breathing and a rapid heartbeat. He completed the cardiac treatment to cure his abnormal heartbeat a few days later. He earned the nickname “The Pulse” after that.
Aside from his health in 2008, Mark had a rather successful season.  With 21 home runs and 87 RBIs, he set a career-high in points while guiding the Cubs to the best record in the National League. 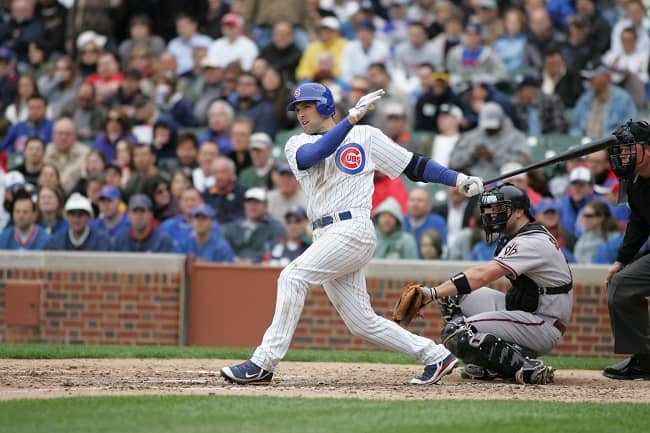 The Cubs traded him to the Cleveland Indians in 2008.  On April 10 of the following year, the New Jersey native made his major league debut as a third baseman for the Indians. Due to injuries to other members of the team, Mark spent more time on the field. When the Cleveland Indians played the Cubs at Wrigley Field on June 19, 2009, he earned a standing ovation from the Cubs’ fans.

On June 27, 2009, he was traded to the St. Louis Cardinals in exchange for Chris Perez and Jess Todd by the Cleveland Indians. However, due to a wrist injury, the former Cleveland third baseman was placed on the disabled list.  He also had to have surgery on October 26 to repair a torn tendon sheath. In addition, in 2010, he rejected the Cardinals’ offer of contract negotiation and left the team.

Following his release from the Cardinals, he signed a two-year contract with the San Francisco Giants on December 29, 2009. However, he was unable to perform at his best at the start of the season due to numbness in his left hand. When the injured athlete went for a medical examination on May 11, 2010, he discovered that his prior wrist operation had been a complete failure. To top it off, the Giants announced that he would have to have long-term surgery at the end of the season. The Giants, on the other hand, won the World Series that year.

The Washington Nationals offered him a one-year contract on December 22, 2011. On April 29, 2012, he was placed on the disabled list due to muscle strain. Furthermore, his playing time was limited when he returned from the disabled list on September 1. He did, however, become a well-known mentor to his younger players.

Mark signed a one-year contract with the Toronto Blue Jays on January 22, 2013. Surprisingly, the former professional baseball player hit his 100th home run on July 27, 2013. In the second inning, he was the sole source of the team’s lead. In 2013, he was a pinch-hitter, third baseman, second baseman, first baseman, and designated hitter for the Blue Jays. He received a trade offer from an unknown team in August, but the deal never materialized. Later that month, in October, the Blue Jays decided to extend his contract. Regardless of the offer, he announced his retirement on November 12, 2013.

Following his retirement in November, the MLB Network offered him a studio analyst role. He is currently a co-host and analyst on MLB Central, which he co-hosts with Robert Flores and Lauren Shehadi on weekday mornings. He was also the announcer for MLB: The Show, a video game franchise based on the MLB.

In 2006, he was awarded by MLB Player of the Week Award. We may presume that he might receive more awards and honors in the following years.

Talking about his net worth, his net worth estimates at around $20 million. And as an analyst for the MLB network, his annual salary is about $1 million. 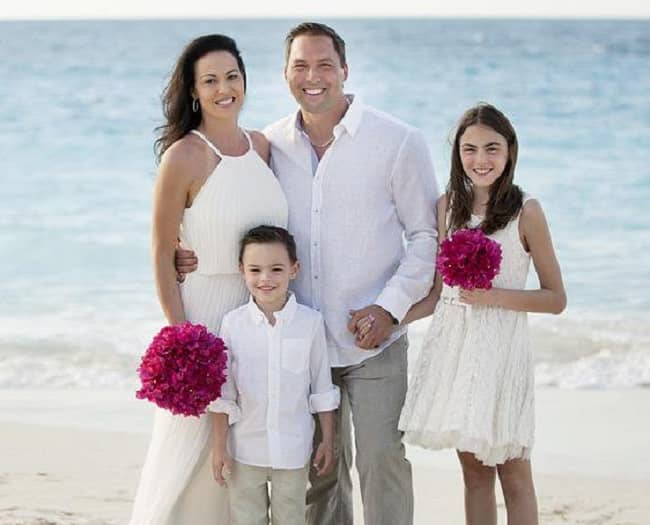 In 2003, he married Heidi Derosa. Moreover, Heidi was a professional fashion model and retired.  The couple is blessed with two children, a daughter Gabriella Faith Derosa and a son Brooks Derosa.

As of now, this analyst and former baseballer is not a part of controversy nor gotten in rumor and is focused on his career. 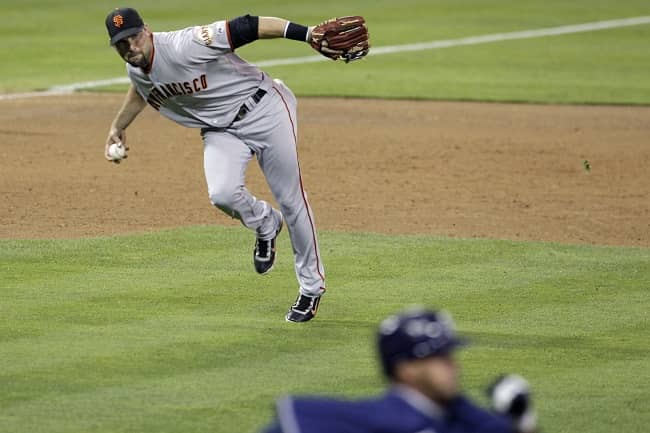 He is 6 feet 1 inch tall and weighs around 98 kg. Moreover, he has an athletic body type with dark brown eyes and hair in color.