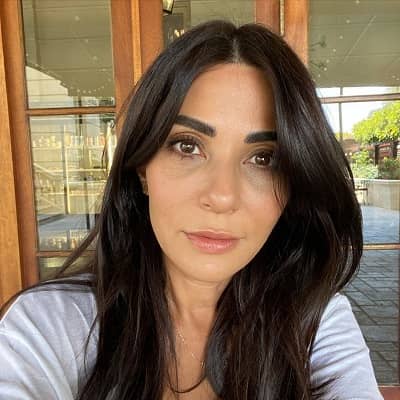 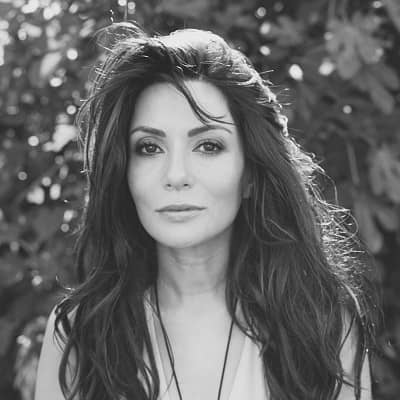 The very gorgeous lady, Marisol Nichols is an American TV as well as a film actress. Since the year, 1996 Marisol Nichols has been very much active in the acting industry. Besides, she is prominently famous for her on-screen projects such as Scream 2, The Princess and the Marine, and many others.

Marisol Nichols was born on November 2, 1973. She was born in the city of Chicago and in the state of Illinois in the United States. At the current period of time, she is 46 years old. And, she has spent her childhood days in Naperville, Illinois. Her horoscope is Scorpio. 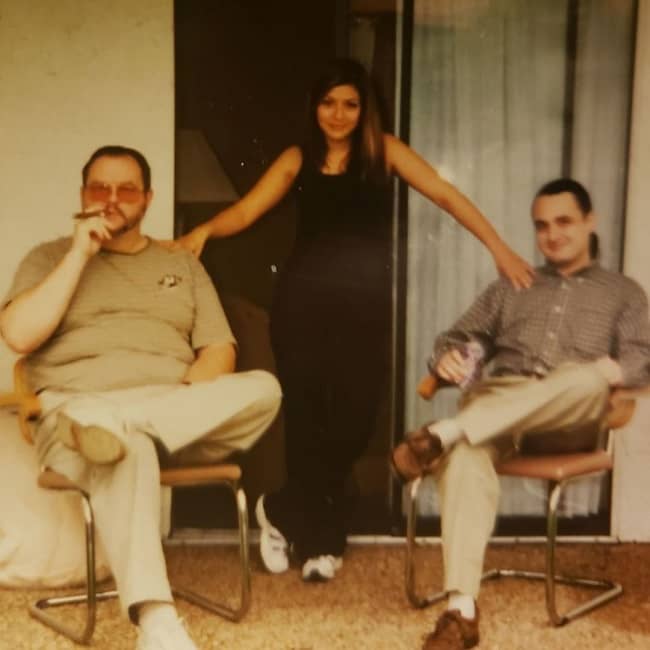 Caption: Marisol Nichols with her father and brother (Instagram)

Also, she belongs to mixed ethnicity that is Spanish-Mexican and Ashkenazi-Jewish. While her nationality is American. Nichols’ ethnic background is of Hungarian and Romanian descent through her father’s side. On the other hand, she also has a Mexican ancestry from her mother’s side.

Likewise, her parents are Maria Patnich and Robert Falkenhof.  It is unfortunate to know that she could not ever meet her biological father in real. Talking about her siblings, she is the eldest one among the three children in her family. Hence, she has two younger brothers. However, she has a stepfather, Randy.

Unfortunately, she has not revealed her deep details related to her higher school education and her early education as well. Nevertheless, she had joined the College of DuPage. The actual location of the college is in Glen Ellyn, Illinois. There are no further facts and figures available.

To start with, she has been involved in the career as an actress since her age of seventeen. Several TV series in which she was featured are Due South, My Guys, and Beverly Hills, 90210. These were all released in 1996.

Similarly, she made her film debut in various films such as Scream 2, Vegas Vacation, and so on. For about fifty-three episodes, she appeared in the TV series named, Resurrection Blvd in 2002. Later on, she played a role in the crime thriller TV series, 24. Her role as Nadia Yassir in the series was praised as well as criticized. 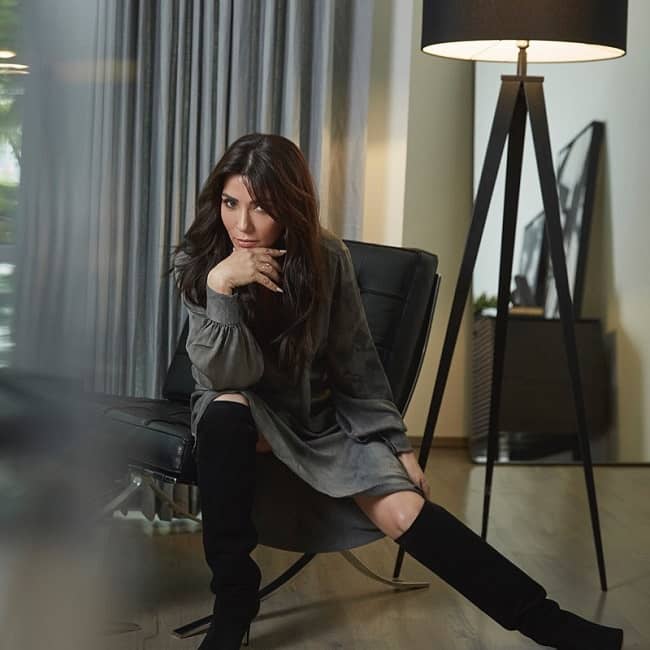 Caption: Marisol Nichols
on a photoshoot(Instagram)

As for now, she has been involved in the series named, Riverdale. In the series, she plays the character of Hermoine Lodge. Furthermore, her other outstanding on-screen projects are Blind Justice, In Justice, the Gates, and Big Momma’s House 2.

In February, Riverdale cast Marisol Nichols and Skeet Ulrich announced their departure from the show for good. The news left their fans heartbroken but took comfort in knowing the two actors would finish out the season. But as the show was bound to end early, it looks like she along with Ulrich would return for Season 5.

Due to COVID-19 precautions, Riverdale season 4 production shut down mid-cycle. The season finished three episodes short, so Ulrich and Nichols weren’t able to see their characters through to the end of their individual stories.

But to change that, they will return next season and end the episodes they were meant to be in.  And also in an interview with Entertainment Weekly, showrunner Roberto Aguirre-Sacasa announced their return in next season, and potentially stay connected to the series.

Has Nichols received any awards and nominations?

As a talented actress, she has received numerous awards as well as nominations. Talking about her nominations, she has been nominated in three awards till now. All the nominations were from the ALMA award. In 2007 and 2008, she was nominated for the Outstanding Supporting Actress in a Drama Television series for 24 (2001).

By the same token, she was nominated for the Outstanding Actor/Actress in a Made for Television Movie or miniseries for The Princess & the Marine (2001). Amazingly, she is the winner of the title New Establishment Award in La Femme International Film Festival 2006.

On the basis of the latest research, Marisol’s net worth is estimated to be $3 million. Moreover, she owns a contemporary style home in Valley Village, California. Surprisingly, the mansion was worth of about  $1.775 million. Recently, in the month of July 2020, she had listed the home for sale for $1.9 million.

Conversely, other information like her salary and endorsements are not disclosed through any sources of information.

Is the actress married or not yet?

Formerly, she had tied the knot with Andrea Sorrentino. Andrea Sorrentino is an Italian comic book artist. The ex-couple had married in the year, 1995. Ultimately, they officially separated after three years, in 1998.

After a very long gap, she then tied the knot with Taron Lexton. He is a South-African director, producer, and also a cinematographer. They married in the month of April 13, 2008. Sadly, they also got separated in the year, 2018. During that time, Nichols had filed for the divorce initially. Presently, she is single and is not dating anyone. 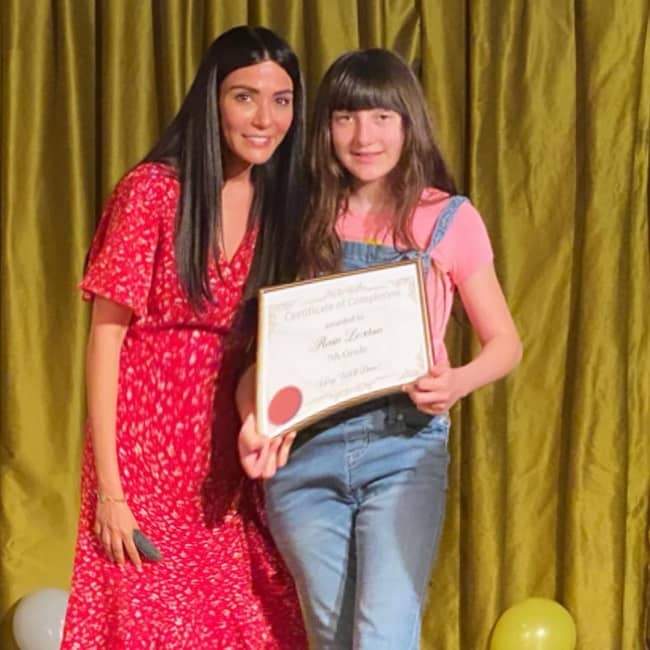 Into the bargain, she has a child named Rain India Lexton with Taron Lexton. Their kid was born on September 30, 2008.

Exactly, Marisol’s’ body measurement is 34-25-35 inches with an attractive body structure. She stands the height of 5 feet and 4 inches tall. Additionally, her right is 55 kg which is 121 in pounds. Further, both her hair as well as eyes are dark brown in color. Correspondingly, her shoe size and dress size id 7(US) and 4(US) respectively. Lastly, her bra size is 32B.

Obviously, she is active in most of the social media platforms as she is a well0known celebrity in the Hollywood acting industry. The famous American actress has over 627k followers on Facebook. Astonishingly, she has 3.5 million followers on her Instagram account.