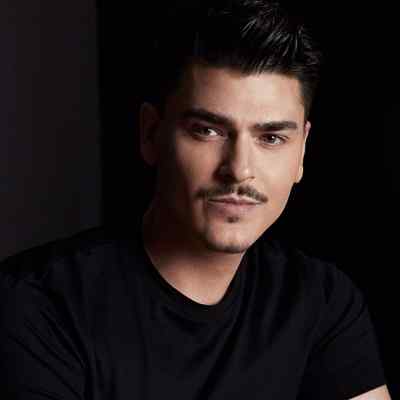 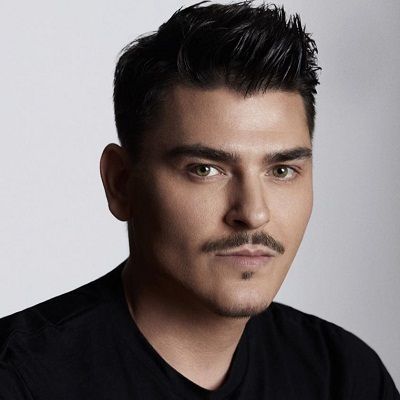 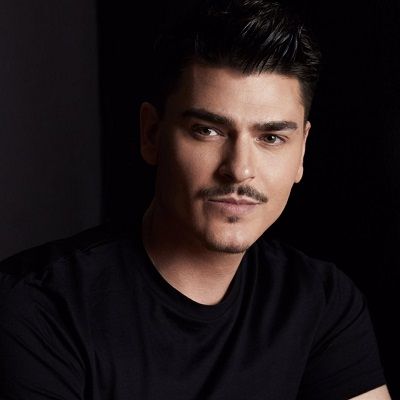 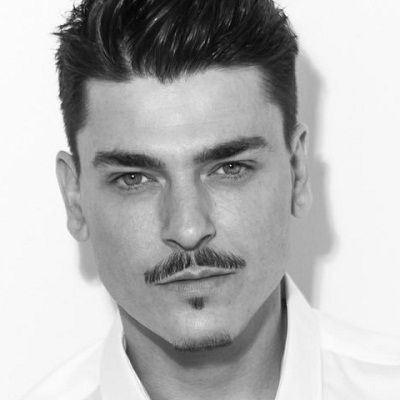 Mario Dedivanovic was born on October 1, 1983. In 2022, his age is 39 years. Similarly, he is originally from the Bronx, New York, and his zodiac sign is Libra.

His father’s name is Tom Dedivanovic and he also has a sister named Marina Dedivanovic. His sister is also a makeup artist who helps manage Mario’s Master Classes. 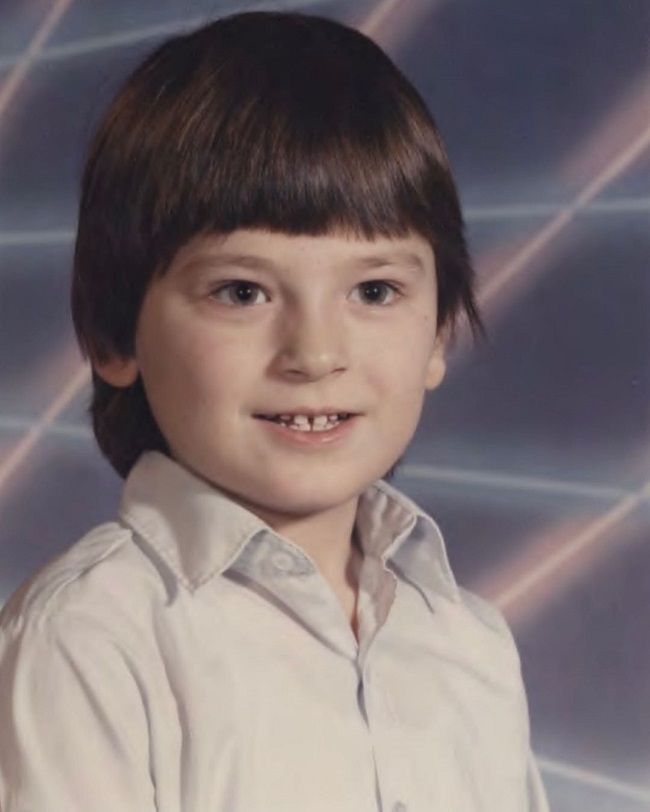 However, he hasn’t disclosed his mother’s name to the public. Nevertheless, he has mentioned in interviews that his mother was born and raised in Montenegro and he often shares photos with his mom on his social media accounts.

Likewise, his parents are Albanian immigrants residing in the US. Hence, he has both Albanian and American citizenship.

Even at present, the family speaks the Albanian language when they are together. Regarding his educational qualification, there is no information shared during the interviews.

There is no information regarding Mario’s past and present relationships. He has never mentioned his partners in interviews.

There is speculation that he has been single all along. Nevertheless, he is quite content with his current relationship status.

Dedivanovic came out of the closet at the age of 37 on 18 November 2019. He finally set himself free while receiving his award “Artistic Achievement Award” at the American Influencer Awards.

In the powerful speech, he informed the public about how he broke down a few days back while coming out to his mom as gay.

He finally feels free after so many years of fearing other people and finding out how he felt inside. He also mentioned that he had suppressed his dreams, talent, thoughts, feelings, and creativity due to this fear.

Moreover, he was also very traumatized to be himself. Nevertheless, after two decades in the glamour industry, Dedivanovic finally set himself free in 2019.

Although Mario is a famous makeup artist today, he started his career as a fragrance consultant at Sephora, Manhattan.

He became obsessed with makeup after a customer asked for his help to choose lipstick.

Initially, he worked as a makeup artist at a Sephora store, then as a regional makeup artist, slowly climbing up the ladder working with the photographers, and makeup assistants, and then working on sets.

Similarly, he also worked for Fox News as a freelancer in 2008. There, he did makeup occasionally for Megyn Kelly and Julie Banderas. He did these odd jobs on and off for approximately six years. 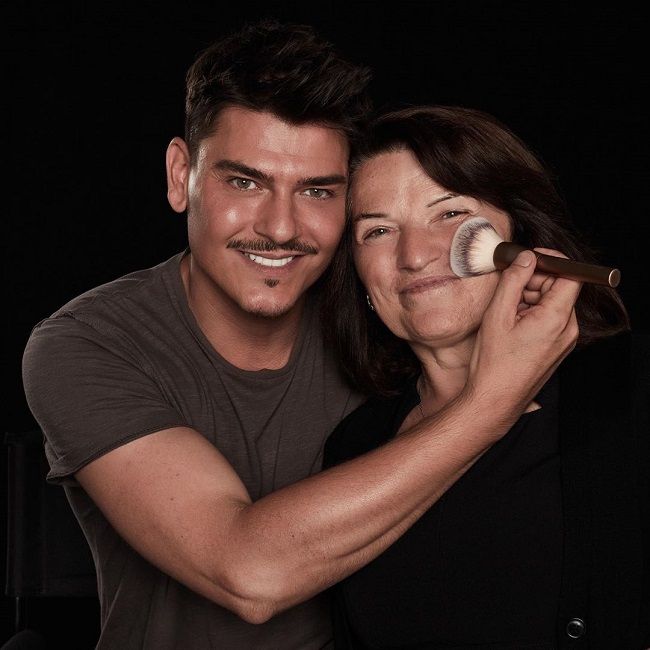 Caption: Mario Dedivanovic used a complexion brush set on his mom when she came to visit him on set. Source: Instagram

Moreover, he didn’t know much about Kim Kardashian when he first did her makeup for the Social Life magazine shoot.

However, they are practically inseparable now, working together for Kim’s show since 2008. Additionally, the pair has also launched a collaborated makeup line – KKW X Mario.

At present, his client list includes the Kardashians and other A-list Hollywood celebrities like Emily Ratajkowski, Ariana Grande, Kate Bosworth, Selena Gomez, and Chrissy Teigen among others.

He is also famous for appearing as a judge in the “Lifetime” TV series and “Glam Masters“.

Furthermore, he also started Master Class, where he teaches makeup tutorials to the attendees. It started with only 20 participants and now has over a thousand.

His sister Marina manages his Master Classes, with occasional help from his mother. With the Master Class, he can do everything he loves – art, beauty, and teaching.

He is also well-known for his work in several movies and TV programs. He is also an ambassador for Anastasia Beverly Hills.

Likewise, he was also honored with the ODA Award by the Albanian government for serving as a positive influence, inspiration, and role model.

He was also invited to speak at The Wall Street Journal’s “The Future of Everything Festival” in New York. 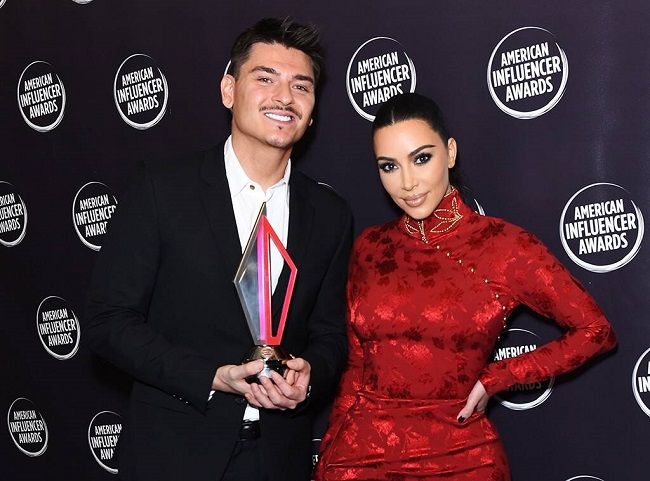 Caption: Mario Dedivanovic received the Artistic Achievement Award at the 2019 American Influencer Awards and Kim Kardashian was there to celebrate with him. Source: EOnline

With many A-list Hollywood stars being his clients, it won’t come as a surprise that his net worth is $15 million.

His earnings come from his master classes, makeup tutorials, and doing makeup for his celebrity clients.

According to Work Chron, his salary estimation is approximately $60,970. He earns money from his professional career and also from his partnership with Covergirl, Marc Jacobs, and Laura Mercier.

However, he has not disclosed any information about his properties to the public until now.

Mario Dedivanovic has a slim body. He stands at a height of 6 feet 1 inch and weighs approximately 75 kg.

Similarly, he has mesmerizing green eyes and naturally brown hair. The distinct feature of his face is most likely his eyes.

He is pretty active on social media platforms. He has 95.4 k subscribers on his YouTube channel. There, he shares videos of makeup tutorials and beauty tips.

He also occasionally collaborates with other makeup artists for these videos. He is also available on Facebook with over 51.3k followers.

Similarly, he has 8.1 million followers on Instagram and 235.3k on Twitter. On these platforms, he updates about his beauty tips, makeup tutorials, his work, and occasionally about his family.

He also has his personal website where people can do makeup bookings, bookings for the Master Class, and request brand partnerships and interviews.