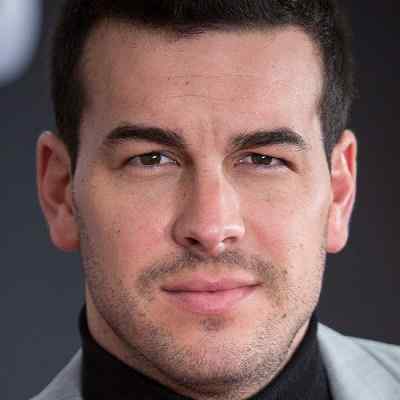 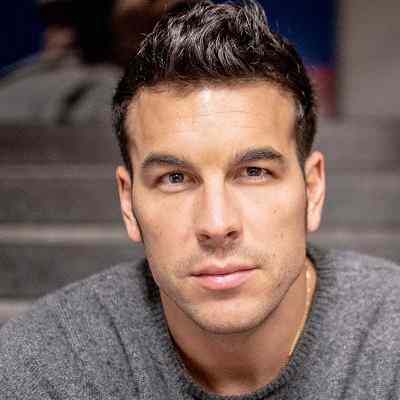 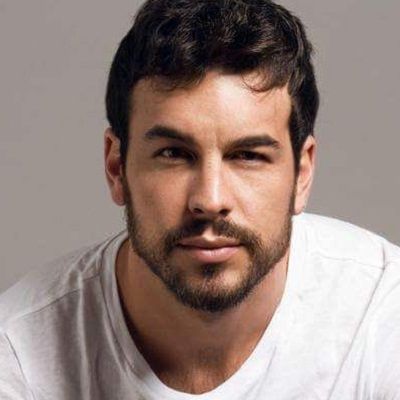 Mario Casas is a Spanish actor best known for his role as Ulises Garmendia in the series “The Boat”. Mario Casas also became popular for his work in Paco’s Men. And he has starred alongside Antonio Banderas, Rodrigo Santoro, and Kate del Castillo in the film “The 33”.

Mario Casa was born in La Coruna, Spain, on June 12, 1986. She is 34 years old and is under the birth sign, Gemini. He holds Spanish nationality. Moreover, he was born in La Coruna, and at age four, he left with his family to Barcelona. He then moved to the Spanish capital of Madrid, on an adventure, which implied his whole family making the move with him when he was 18 years old.

His father’s name is Ramon Casas and his mother’s name is Heidi Sierra. Likewise, Casas has four siblings and their names are Sheila, Christian, Daniel, and Oscar. Moreover, his parents were very young when they had him. His mother, Heidi, was only 17 whereas his father, Ramon was 19. Then, a year and a half later, they had his sister, Sheila. For Casas, his father is his role model, while his mother and the rest of his siblings are his confidants.

His mother raised them, and his father worked as a carpenter. Due to the work, his father had no problem moving to another city, so they decided to accompany him when he left for Madrid and settled with him in the city.

He defines his family as a “Sicilian family”, a family with many children established around a “matriarch”. He is the eldest sibling. Likewise, he is followed by his sister Sheila, and two other brothers, Christian and Oscar. Finally, the youngest member of the family, Daniel, was born in the year 2014, who he almost considers as his “nephew” because of the enormous age difference.

He gets along well with all of them. However, he shares a special bond with his sister Sheila, as they grew up together. He is a loyal tattoo lover and has one dedicated to each of his parents and siblings, with the initials of each one. 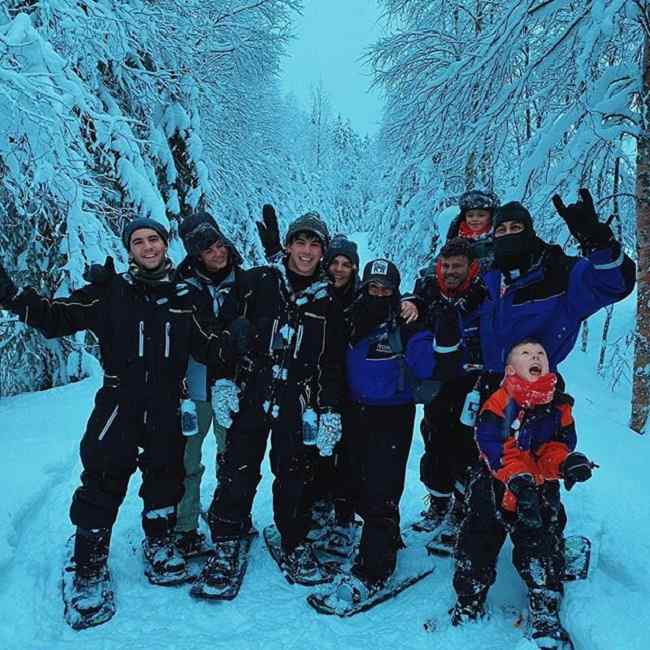 Caption: Mario Casas along with his siblings and some friends (Source: Instagram)

He remembers his childhood as wonderful. But he had a bit of a hard time because he was given a lot of stick for being short as he developed very late. At the age of 15, he still had the body of the child. However, he has always been a flirt and had his first “girlfriend” at age four.

As a child, he liked everything such as singing, dancing, ping-pong, and football.  He says he liked trying things out, although he admits that he would anyway get bored easily. His professional career began through advertising. He appeared in commercials for Cola Cao, Telepizza, Scalextric. Then, eventually, he decided to become an actor after he enrolled at the Cristina Rota School of Dramatic Arts.

Moreover, He also keeps in touch with lifelong friends from school. Those friends who have been by his side since he moved to Barcelona. In his own specific words, they are the ones who keep you on track if you derail, true friends which are hard to find.

Regarding his educational background and qualification, the name of the school and the university he attended is not available at the moment. Considering his age, he must have graduated from both high school and university. Unless he is a dropout or decided to quit further studies.

Moreover, his family had to move a lot from one place to another. So, he must have had to attend a different school. However, he attended the Cristina Rota School of Dramatic Arts to become an actor.

Mario Casas began appearing in soap operas from the year 2005 at the age of 19. Then, he started earning minor roles in several Spanish films. He began his acting career with episode appearances in television series Obsesion (English: Obsession), Motivos personales (Personal Motives), and Mujeres (Women). And, he came to domestic media attention through his film debut in the year 2006 film “El Camino de Los ingleses (Summer Rain)”. It was directed by Antonio Banderas.

In the same year, he joined the cast of LaSexta series “SMS”. He then reached an international audience as Aitor Carrasco in the Antena 3 series “Los hombres de Paco (Paco’s Men)”. He starred in it from the year 2007 to 2010. Then, in the year 2009, he appeared in two hit films, “Fuga de cerebros (Brain Drain)” opposite Amaia Salamanca, and “Mentiras y Gordas (Sex, Party and Lies)” along with his best friends Yon Gonzalez, Ana Maria Polvorosa, Ana de Armas,  and Hugo Silva.

Likewise, both the films managed to lead the box office over the weekend of its release. And then, in the year  2010, Casas starred in “Carne de neon (Neon Meat)” directed by Paco Cabezas. Later that year in December, he starred in “Tres metros Sobre el cielo (Three Steps Above Heaven)” opposite Maria Valverde. The film was eventually the highest-grossing Spanish film of the year.

A sequel “Tengo ganas de ti (I Want You)”, which stars him, Valverde, and Clara Lago, was premiered in the year 2012. He also appeared in “Miedo” in the year 2010. And Jaume Balaguero directed it.

Moreover, during late 2013 and early 2014, he went to Colombia and Chile for his second film project in English called “Los 33 (The 33)” along with Antonio Banderas and Juliette Binoche. It is a story based on the Chilean mining accident that occurred in the year 2010. Likewise, in the year 2015, he also starred in two other films and they are the new Alex de la Iglesia comedy film “My Great Night”, and also in the romantic drama film titled “Palmeras en la Nieve (Palm Trees in the Snow)”. Here, he reunited with the director of the films “Tres metros sobre el cielo (Three Steps Above Heaven)” and “Tengo ganas de ti (I Want You)”, Fernando Gonzalez Molina.

Furthermore, Casas latest role is “El fotografo de Mauthausen” from the year 2018. It tells the story of Francisco Boix who is a Spanish Republican photographer who was sent to the Mauthausen-Gusen concentration camp complex during World War II. Moreover, he lost around 12 kilograms (26 pounds) to play Boix during his imprisonment. 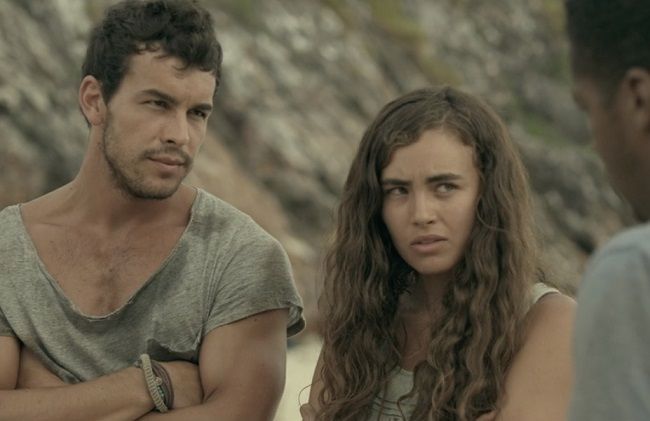 Caption: Mario Casas in one of the scenes of the movie (Source: Google)

Furthermore, he was also nominated for Alicante Film Festival, Fotogramas de Plata Awards, Móstoles International Short Film Festival Awards, Must! Awards, New Talent of Spanish Cinema Awards, and Shanghai Awards as well. These were all from the year 2009-2012.

Mario Casas is possibly single at the moment. He is more focused on his career now than being in any kind of romantic relationship. However, he was in a romantic relationship with Maria Valverde in the past. They dated for four years from 2010 to 2014. Unfortunately, they broke their relation. Then, he began dating Berta Vazquez. They dated for like two years from 2014-2016.

Likewise, after that relationship, he began dating Blanca Suarez in 2017. Sadly, this relationship with him also didn’t last as they broke up in the year 2019. 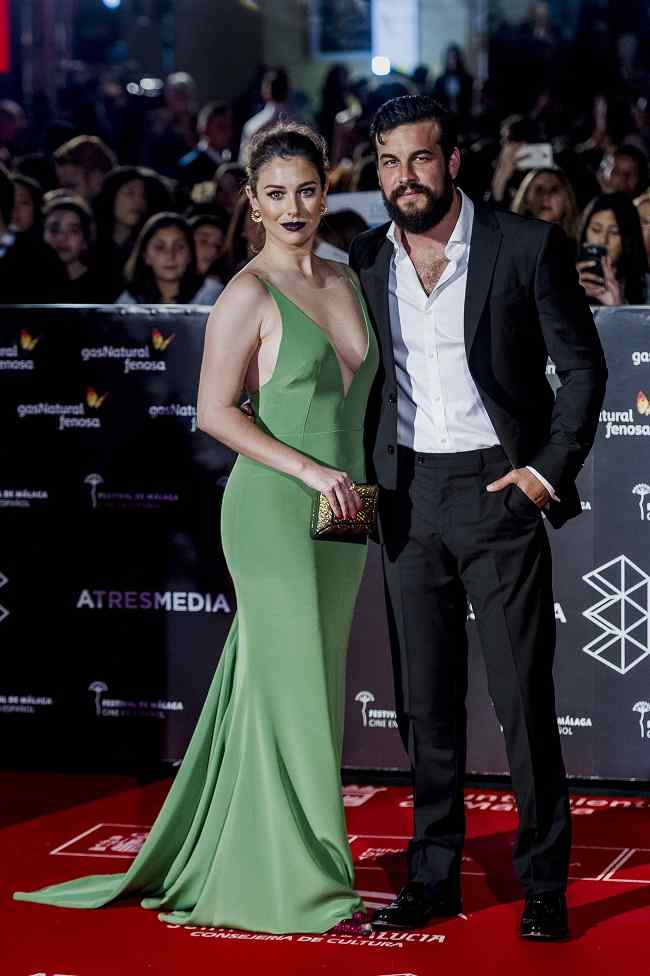 Mario has a height of 5 feet 11 inches whereas his weight if 75 Kg. However, his other body measurements such as chest size, waist size, and hip size are not available at the moment. All of those measurements are still under review. Likewise, he has got a physique body and a handsome and attractive face. Moreover, he has black hair and brown eyes.

Focusing on his earnings, he has a net worth of $4 million respectively. And his main source of income is through his acting career.