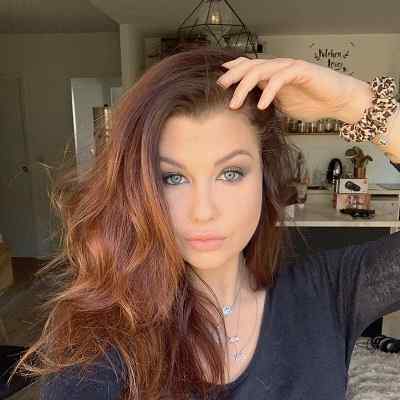 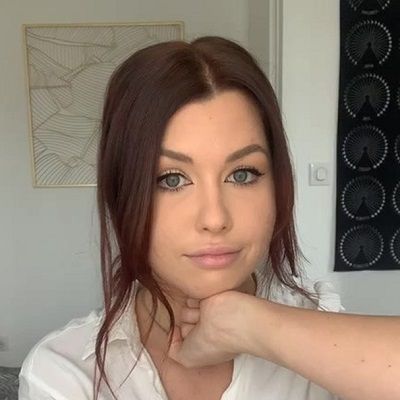 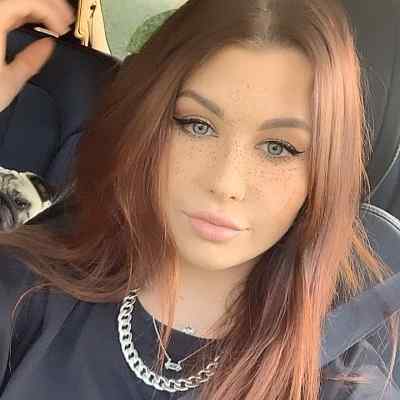 Marie Lopez is a French beauty guru as well as a fashion, lifestyle, and teenage advice vlogger. Marie Lopez shares videos on her YouTube channel called “EnjoyPhoenix”. Moreover, she is a blogger as well and is also popular on Instagram, with more than 4.9 million followers.

Marie Lopez was born on March 18, 1995, in Lyon, France. She is 26 years old and is under the birth sign, Pisces. She holds French nationality. And her full name is Marie Amalia Cecile Lopez.

The name of her parents is not available at the moment. However, she has a sister and her name is Juliette. Likewise, she also has two brothers and their names are Louis and Jules. And her parents are flight attendants. Moreover, her parents are no longer together and are in their separate ways. Other than this, no further information about her family life is available to date. Being a popular personality, maybe she wants to keep her family life private. 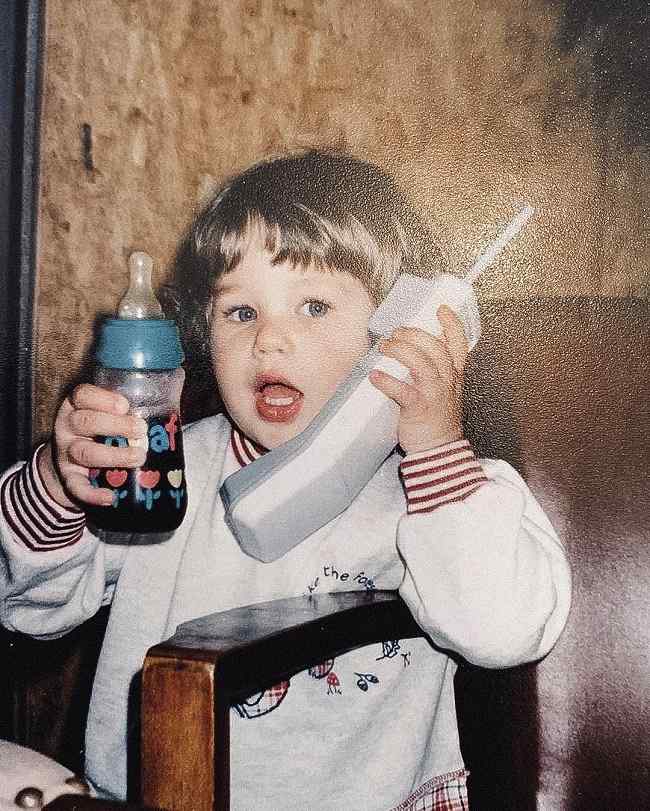 Regarding her educational background and qualification, the name of the school and the university that she attended is not available until now. However, she has graduated from both high school and university.

Marie Lopez was just 16 years old when she launched her Youtube channel. She created the channel under the name “EnjoyPhoenix” on October 14, 2010, and has garnered 581,749,340 views until now. She shares videos about her daily life, habits, and her favorites. Likewise, the first-ever video that she uploaded on her channel is [Hairstyle Tutorial # 1]: Curls with a straightener!. The video was posted on March 12, 2011, and has been able to garner 2.7M views until now.

At that period time, she said that she was a teenage girl who felt bad about herself and also suffered from school harassment. So, she decided to create a Youtube channel in order to combat her discomfort. Moreover, the name “EnjoyPhoenix” is said to originate from  “enjoy”, the motto of Mary as well as the image of the phoenix, a bird rising from the ashes. Also, during a video, she adds that her nickname “Phoenix” corresponds to the city of Phoenix in the United States in Arizona.

Shortly after her first video, she reached the symbolic bar of 100K subscribers in the year 2011. Likewise, in 2013, after earning his bachelor literary, she entered the University but was opted to stop her English studies to devote herself to her Youtube channel. And then in the year 2014, she reached one million subscribers. It was a whole turning point for her. And it definitely made her focus more on Youtube and then being a Youtube became her career and priority.

She also owns other Youtube channels under the names “EnjoyVlogging” and “Enjoy cooking”. The “EnjoyVlogging” channel was created on August 18, 2012, and has altogether 281,559,259 views until now. She shares videos about her travel, adventure, and her daily vlogs as well. This channel has also surpassed a million subscribers.

Moreover, the other Youtube channel called “Enjoy cooking” was launched on August 9, 2015, and has altogether 15,003,333 views to date. She shares cooking videos on this channel. She provides quick and easy ideas for cooking and everyday life. However, this channel yet to surpass a million but is gaining subscribers in speed. As of 2020, she owns three Youtube channels where she shares videos about beauty, fashion, vlogs on her travels, daily life, and cooking. 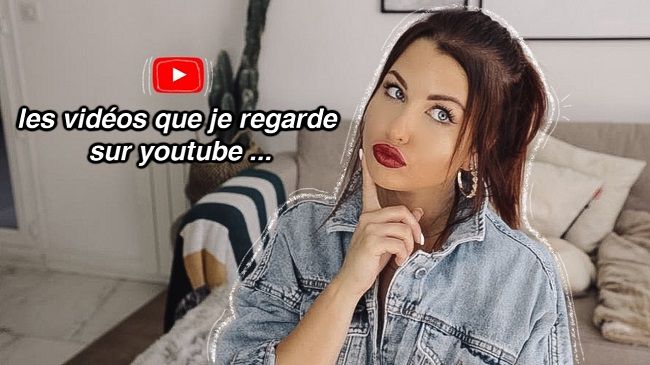 Since 2011, she has been organizing meetings called meet-ups with her subscribers. These meetings have been organized in sixteen cities in France in the year 2014. Her notoriety also attracts her the recognition of the brands of beauty products that send her products to test. But also of television channels like M6 which entrusts her YouTube channel. She has also co-hosted Rose Carpet alongside the fellow YouTuber “EmmyMakeUpPro” until May 2016.

Moreover, along with Gemey Maybelline, EnjoyPhoenix has hosted the program “T’as pas du Gloss?” in 2015. Likewise, she launched her “Leaves & Clouds” internet store selling products made in Europe in the year 2018. In the fall of 2015, she participated in the sixth season of the show “Dance with the stars” on TF1, alongside the dancer Yann-Alrick Montreuil, and finished fourth in the competition. She presents 1st April 2016 on June 10, 2016the the weekly Soy Luna: The Mag on the Disney Channel aired after the episodes of the television series Soy Luna. She offers fashion and beauty advice relating to the series.

She was also invited to the broadcast Le Journal by Bertrand Chameroy, which was broadcasted on March 31, 2016. Likewise, in 2016 and 2017, EnjoyPhoenix participated in the television program Fort Boyard, on France. Moreover, in March 2018, she even won season 3 of the “Best Pastry Chef”, celebrity special on M6. And, in October 2019, she hosted the program “En route vers le Meilleur Pâtissier 19” on 6play and on the M6 ​​group’s internet platforms.

She published a book called “Enjoy Marie” on May 15, 2015. She recounts her experience in high school and how she wanted to create a Youtube channel.  This one is located between the autobiography and the guide, for the use of the teenager who is looking for, she specifies. Likewise, this book quickly placed at the top of sales and was reprinted in less than ten days, exceeding the figure of 200K copies sold in autumn 2015. However, its critics remain reserved as to its content.

Moreover, on November 3, 2016, she then published her first novel “Carnet de routes”. And then on March 20, 2018, she announced the upcoming release of her first cookbook, following her victory in season 3 of the Best Pastry Chef, celebrity special on M6.

Marie Lopez has had controversies in the past. She published a video on October 14, 2015, where it encourages the use of a mask with the cinnamon. However, the dermatologist Isabelle Oliveres-Gouthi contacted within 20 minutes said that cinnamon can cause severe skin burns of prolonged contact. Her followers and other viewers were very quick to denounce the lack of responsibility of the Youtubers. Also, the viewers of she were warned by scientists against these homemade masks recalling that all which is natural is not automatically beneficial.

The lack of independence of beauty bloggers has been denounced by the magazine Que Choisir. It notes that, despite the stated desire to remain independent visa brands, and despite the assertions of a manager of L’Oreal according to which these YouTubers are not paid. EnjoyPhoenix confirmed to have been remunerated for carrying out its emission “T’as pas du gloss?” for Gemey Maybelline which is the brand of the L’Oreal group.

Marie Lopez is currently in a relationship with Henri PFR. He is a Belgian DJ. She announced her relationship with him through a video on her Youtube channel on July 15, 2019. The couple shares a lot of cute and adorable pictures with each other on their respective social accounts. Also, they are much appreciated by their fans. 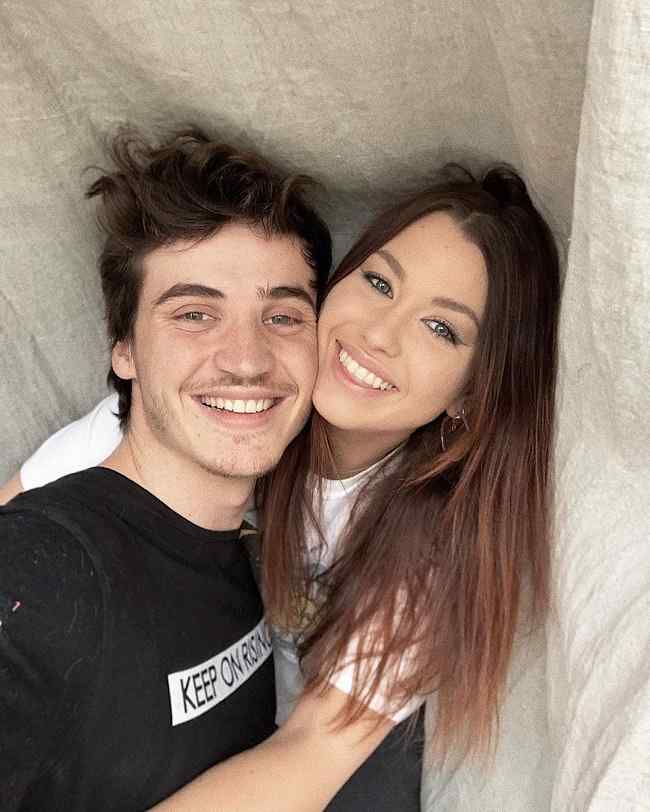 Talking about her past relationship, she began a relationship with the Swiss Anil Brancaleoni also known as WaRTeK in the year 2014. He is a Youtuber specializing in video games. However, they broke up and she announced their break up through a Youtube video on December 22, 2015.

The height, as well as the weight of Marie Lopez, is not available at the moment. Likewise, her other body measurements such as chest size, waist size, hip size, and any other sizes are not available. However, she has got a lean body and a very beautiful face. Moreover, she has got brown hair and grey eyes.

Focusing on her income, as per estimations, she has a net worth of around $285K. Her main income source is Youtube. Also, in September 2015, she has released a collection of clothing and accessories on the Rad 23 site. Likewise, the following month, Benefit puts on sale a limited edition kit, composed of beauty products preferred by the YouTuber.

Furthermore, the kit includes a mascara, and Marie created the packaging in collaboration with the brand. And then in May 2017, the MAC cosmetics brand joined forces with the young woman to make a limited edition lipstick. Also, the young woman takes out a kit of the brow “Enjoy your brows”, in collaboration with cosmetics brand Benefit in the year 2019.