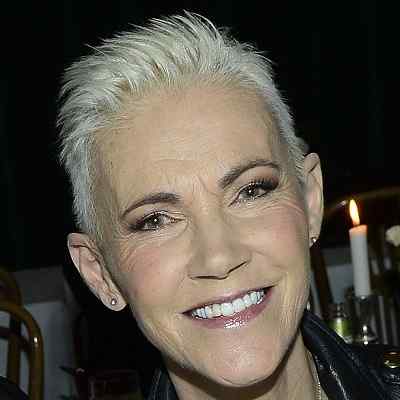 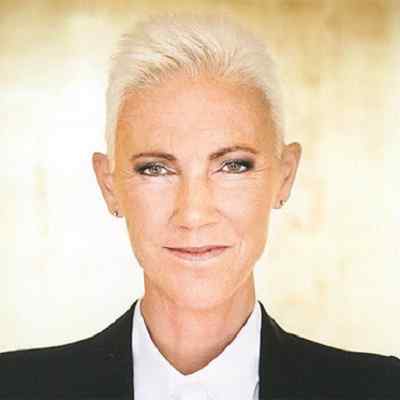 Marie Fredriksson is a Swedish Pop Singer. Marie Fredriksson is one-half and the lead vocalist of the pop-rock duo “Roxette”. It is a group popular for singles like “Listen to Your Heart” and “Dangerous”. She is also a songwriter, pianist as well as a painter.

Marie Fredriksson was born in Össjö, Sweden, on May 30, 1958. She used to hold Swedish nationality. And, her birth sign is Gemini.

Her parents sold their farm and relocated to Östra Ljungby when Marie was four years old. There, her father took a job as a postman and her mother became a factory worker. Three years after their relocation, her oldest sister Anna-Lisa passed away. She was involved in a fatal traffic collision. A tanker crashed her car while she was traveling to purchase a dress for her engagement party.

They were a poor family so, both of her parents were full-time employment but unable to afford child care. So, Marie as well as her underage siblings would often be left unaccompanied at home while their parents worked. During this period, along with the help of siblings and friends, Marie learned how to sing, read notation, and play musical instruments. Likewise, her interest in music continued to grow throughout her teens. During that time, she discovered artists like The Beatles, Joni Mitchell, Jimi Hendrix, and Deep Purple.

Marie Fredriksson enrolled in a music school in the Svalöv Municipality when she was 17 years old. She became friends with students from the theatre department by composing music for their amateur plays. And, since no other vocalist in the school could emulate her vocal range, she joined the cast of a musical she co-wrote. Moreover, this musical toured throughout Sweden, with its run culminating in a performance in Stockholm for Prime Minister Olof Palme. Fredriksson graduated from music school in the year 1977.

Marie Fredriksson’s interest grew stronger in her teens as she discovered amazing and popular in the music school. She then became involved in theater. And after moving to the town of Halmstad, Marie found herself involved in the local music scene. She joined with her boyfriend’s Stefans band Strul. Their band played local gigs as well as recorded a single. However, the group split then, Marie along with her new boyfriend Martin Sternhuvsvud reformed as MaMas Barn. They also recorded one album together. The lead singer, Per Gessle of the famous Swedish group “Gyllene Tider”, shared a rehearsal studio along with Marie.

Likewise, Per believed Marie Fredriksson was far too talented to be hiding behind keyboards in local pub bands. He got her an audition with his producer, Lasse Lindbom who was extremely well known in Sweden. Lasse Lindbom was extremely impressed with her voice and offered her a contract. Marie accepted the contract and then recorded her first solo album, “Het vind”, produced by Lindbom.

“Ännu doftar kärlek” was her first single, which became a big radio hit. Marie went on tour with the Lasse Lindbom Band, as she didn’t have enough self-confidence to tour on her own. And, Lindbom, Marie Fredriksson, Per Gessle, and Mats “MP” Persson formed a new band called “Spännande Ostar”. Their band toured for a short time in some clubs. In the same year, Marie Fredriksson along with Lindbom went to the Canary Islands to write songs for her second solo album.

She released her album under the name “Den Sjunde Vågen” in the year 1986. And, “Den bästa dagen” and “Silver i din hand” were released as singles, and the album became a huge success, and she finally found the courage to tour as a solo artist.

Start of Roxette and Efter stormen

Per Gessle and Marie Fredriksson talked about working together for many years. They worked together on Spännande Ostar and other projects as well, including an attempt by Gyllene Tider to release an English-language album in America. There were people in the industry who warned her against working with Gessle. In the year 1986, Marie teamed up with Gessle under the name “Roxette”. It is the name Gyllene Tider had used when they tried to release their album The Heartland Café in the US. And, their first single “Neverending Love” was a hit in Sweden, and the band’s album Pearls of Passion breathed new life into Per’s flagging career and cemented her as a major artist.

After the “Rock Runt Riket” Swedish concert tour in the year 1987 along with Roxette, Marie Fredriksson recorded her third solo album album “Efter Stormen”. She again worked together along with Lasse Lindbom, both as a producer and as a songwriter. This album was followed by another solo tour. Likewise, Marie also recorded a song for a TV Series called “Sparvöga” in February 1989. Her song became one of her most beloved and best-known songs. 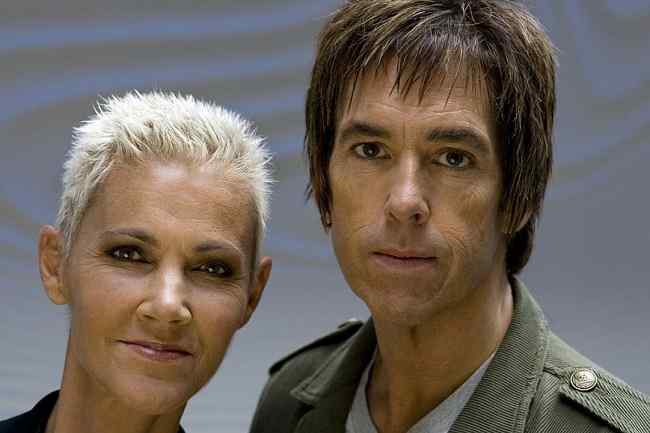 The international success of Roxette

The band “Roxette” went back to the studio and recorded a second album, “Look Sharp!” in the year 1989. This album again returned them to the charts in Sweden. Surprisingly, Roxette had an unexpected number one hit in the USA with “The Look” in April 1989. Marie Fredriksson and Per Gessle were catapulted from being minor celebrities in Sweden to major artists internationally almost overnight. They suddenly found themselves traveling all over the world, selling millions of records, and receiving awards as well. Their second album “Look Sharp!” was a major and massive hit. It was able to produce two US number one hits including “Listen to Your Heart” in November 1989.

They released a third album “Joyride” which gave them another number one hit in the US in May 1991. And, another song, “Fading Like a Flower”, was able to reach the number two spot in the US music market in July 1991. They followed it up with a major “Join The Joyride” world tour in over 100 cities during the years 1991 and 1992. Unfortunately, Roxette’s future songs failed to enter the U.S. top 10 list after the tour.

More About her Career

Marie Fredriksson came back to her solo career, recording the soul searching “Den ständiga resan”. This was her musical self-portrait and was written like a diary, containing very personal songs about her life, feelings, and relationships. Likewise, in the year 1996, she recorded a ballad album in Spanish along with Roxette and also a new solo album “I en tid som vår”.

Moreover, Marie Fredriksson worked along with Per Gessle on the new Roxette album “Have A Nice Day” in 1998 and 1999. Then, in the year 2000, she released a greatest hits album under the title “Äntligen – Marie Fredriksson’s bästa 1984-2000”. After this album, a summer tour followed and later released as a live CD/DVD package called “Äntligen – Sommarturné”.

Marie Fredriksson fainted in her bathroom, hitting her head and receiving a concussion on September 11, 2002. The scans indicated that she had a brain tumor in the back of her head. And, after waiting several weeks for the concussion to subside, she finally underwent successful surgery to remove the tumor. It was malignant so, she then endured months of chemotherapy and radiation treatments. However, Marie did receive some permanent damage to her brain, losing the ability to read and count, the vision in her right eye, and some loss of movement in her right side.

Marie Fredriksson’s cancer diagnosis about 6 months after, she along with her husband Mikael started to work on her first-ever English solo album “The Change”. Likewise, in conjunction with the release of the album, she began a new publishing company together with her husband Micke Bolyos. She mainly created the company “as a home for Marie’s solo albums”, states the label’s website, “but as the musical collaboration between Marie and Mikael continues and expands, don’t be surprised if you find other exciting projects with some of their musical friends released on this label”.

Moreover, in the year 2006, Marie Fredriksson returned with a new CD of Swedish cover songs called “Min bäste vän” (My Best Friend) in February. During her illness, she rediscovered her love of drawing. Even though she was not able to read or write, drawing was one thing she could still do and she found a real passion for it. She did exhibit a collection of her drawings in a gallery show entitled “After The Change”. And, later on, she also released the book “After the Change”, featuring reprints of all 24 sketches. 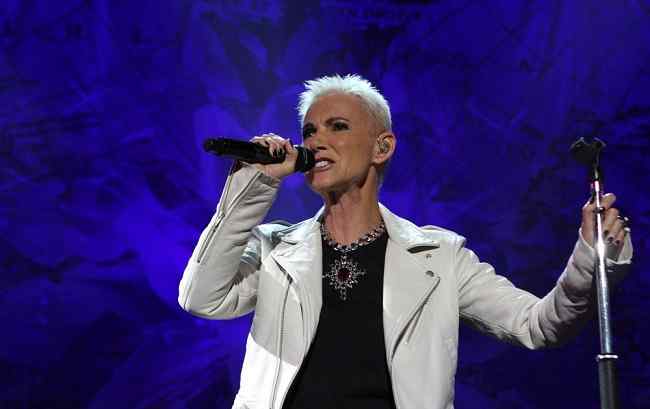 Marie Fredriksson passed away on 9 December 2019 when she was 61 years old. She was in battle with cancer for 17 years long. A private funeral with only her close family and friends in attendance took place at an undisclosed location. And, a concert in memory of her took place at the Stora Teatern in Gothenburg on January 20, featuring performances from Per Gessle and Eva Dahlgren. This concert broadcast in its entirety five days later on Sveriges Television.

Furthermore, a previously unreleased solo song titled “Sea of Love” issued posthumously on the first anniversary of Marie’s death. She recorded the song in the year 2017 and was the final track she recorded in her lifetime. Likewise, Roxette issued a compilation album of outtakes titled Bag of Trix on 11 December 2020, containing several previously unreleased demos composed by Marie Fredriksson.

Marie Fredriksson and her husband, Mikael “Micke” Bolyos met each other during the Australian leg of “Join The Joyride!” in December 1991. They dated for a while and tied the knot in a private ceremony in May 1994. The couple had two children and their names are Inez Josefin and a son Oscar Mikael. 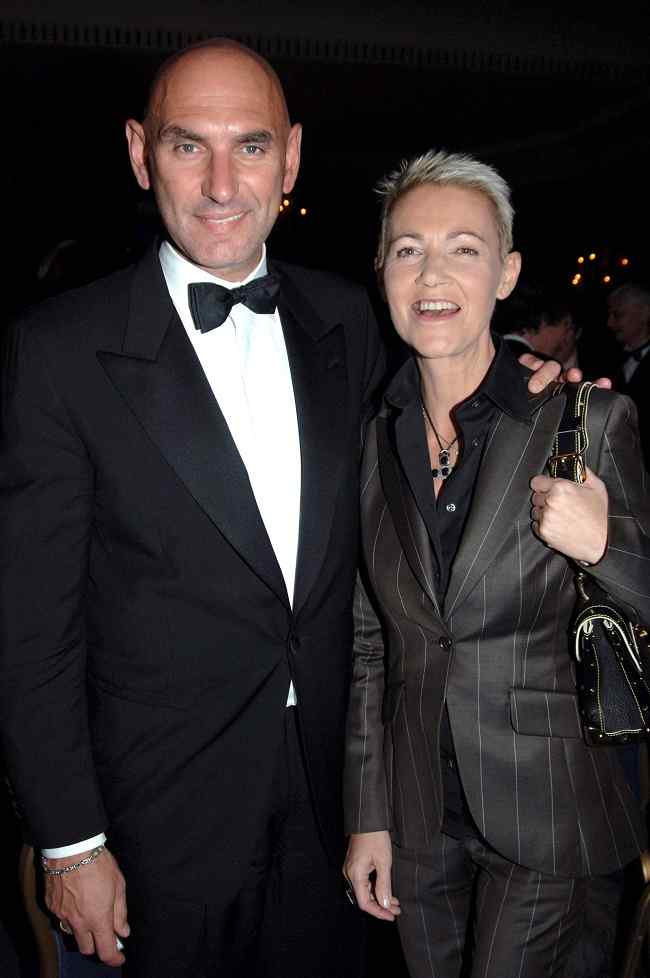 Caption: Marie Fredriksson along with her husband (Source: AmoMama)

Marie Fredriksson had a height of 5 feet 6 inches and her weight was 61 Kg. Talking about her other body measurements such as her chest size, waist size, and hip size, their sizes was 35-27-35 inches respectively. Moreover, Fredriksson has blonde hair and blue eyes.

According to celebritynetworth, Marie Fredriksson had a net worth of $60 million and her main income source is her career of singing.