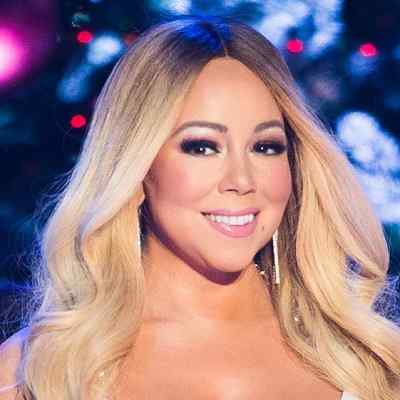 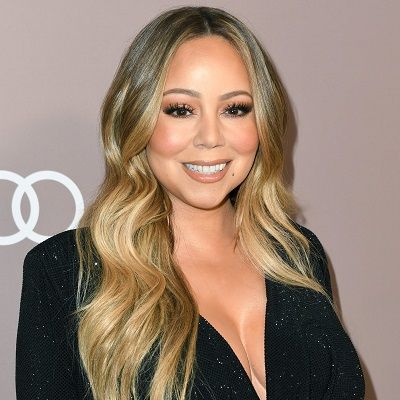 Mariah Carey was born on 27 March 1970, in Huntington, Long Island, New York. And is currently 51 years old.  Her parents are father Alfred Roy Carey who is a Venezuelan aeronautical engineer and mother Patricia Carey who is a voice coach and opera singer. Carey has two older siblings. Her elder brother is Morgan and her elder sister is Alison.

Mariah Carey’s parents divorced when she was only three years old. Carey stunned her mother by imitating her operatic singing as early as age two and was given singing lessons starting at age four. Eventually, she developed a voice that spanned five octaves.

After graduating in 1987 from Harborfields High School in Greenlawn, New York, Mariah Carey moved to Manhattan. There, she worked as a waitress and a coat check girl. She also studied cosmetology while writing songs and actively pursuing a music career at night.

At the age of 18, Mariah Carey signed with Columbia Records and her first album had four No. 1 singles. It also included “Vision of Love” and “I Don’t Wanna Cry.” She went on to generate several more albums, later with other studios, and top singles. She became one of the most commercially successful artists of all time. She has around 19 No.1 hits and over 200 million records sold.

Moreover, when she was 18 years old, Mariah Carey and her friend, singer Brenda K. Starr, went to a party. It was hosted by CBS Records. Her friend convinced her to bring along one of her demo tapes. Then she intended to give the tape to Columbia’s Jerry Greenberg, however, Tommy Mottola, the president of Columbia Records (later Sony), intercepted it prior to handing it to Greenberg. 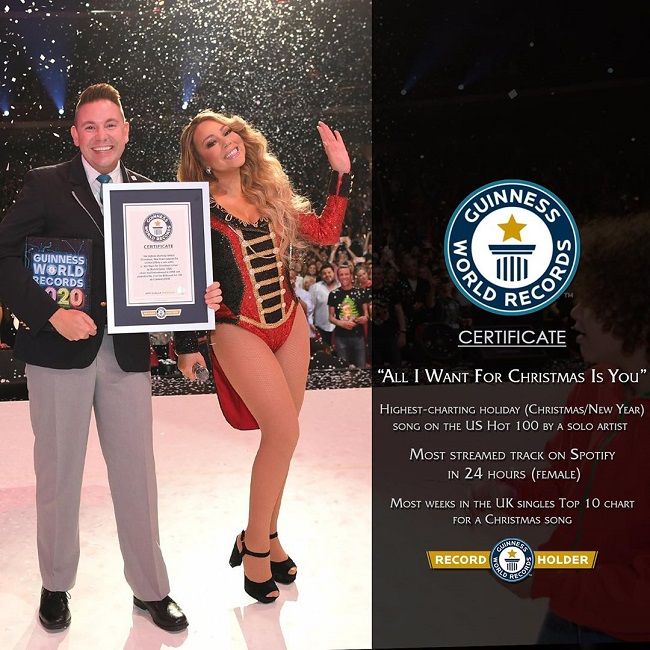 After listening to the tape on the way home from the party, Tommy Mottola signed Carey immediately and set her to work on her first album titled Mariah Carey released in 1990. It included four No.1 singles like Vision of Love, Love Takes Time, Some Day, and I Don’t Wanna Cry.

She then released her second album, Emotions, in 1992. The title track became her fifth No. 1 single. This album also included the hits “Can’t Let Go” and “Make it Happen.” Then in March 1992, Mariah Carey appeared on MTV’s Unplugged. They released this performance as an album and a home video. This resulted in another No. 1 single (a cover of The Jacksons’ “I’ll Be There”).

Her next album titled Music Box released in 1993 cut back a bit on the lavish studio production techniques heard in her previous albums. It also included the No. 1 singles “Dreamlover” and “Hero.” Additionally, Carey’s November 1994 release, Merry Christmas, combined traditional Christian hymns with new songs. In 1995, Carey released Daydream and its first single, “Fantasy,” debuted at No. 1. The album also included collaborations with R&B and hip-hop artists such as Wu-Tang Clan and Boyz II Men (“One Sweet Day”).

The 1997 album, Butterfly, included 11 compositions that Carey wrote. It also demonstrated her continued interest in hip-hop and R&B, including Sean “Puffy” Combs-produced “Honey,” her 12th No. 1 hit. Mariah Carey’s 1998 album, #1’s, featured her 13 previous chart-topping singles as well as the Academy Award-nominated “The Prince of Egypt (When You Believe),” a duet with fellow pop diva Whitney Houston.

In July 2001, Mariah Carey was admitted into a New York-area hospital and put under psychiatric care. It was after suffering what her publicists called a “physical and emotional collapse.” Mariah Carey had been preparing to promote her upcoming feature film debut, Glitter, and its accompanying soundtrack album. However, she canceled all public appearances. They subsequently pushed back the release of Glitter from late August to late September 2001. Mariah Carey was later released from the hospital after two weeks.

Similarly, in January 2002, Mariah Carey and EMI severed their relationship. EMI is the corporate owner of Virgin Records, with whom Mariah Carey had signed a reported $80 million contract in April 2001. Though the film and soundtrack for Glitter failed to generate the desired box office and sales totals, Mariah Carey reportedly walked away from Virgin with nearly $50 million as part of her severance agreement. Then in May 2002, Mariah signed a deal with Universal Music Group’s Island/Def Jam Records. 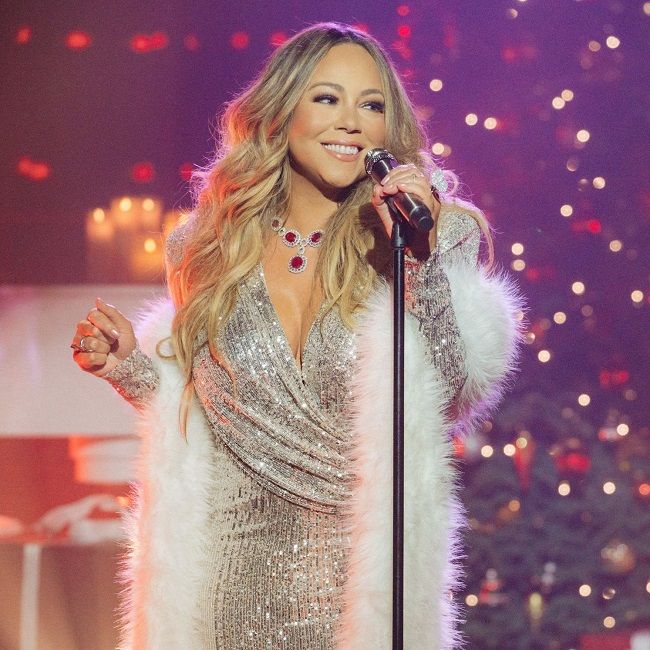 Moreover, in December 2002, Mariah Carey released her eighth album, Charmbracelet. It debuted in third place on the charts. The record’s accompanying tour was her first in more than three years and it launched in June 2003. Mariah then followed up with her 10th studio album, The Emancipation of Mimi. It became the best-selling album in the U.S. in 2005.

Mariah Carey surpassed Elvis Presley with the 2008’s Touch My Body from her 11th studio album, E=MC². She became second only to the Beatles for the most No. 1 hit singles in the United States. Her other albums are Memoirs of an Imperfect Angel (2009), Merry Christmas II You (2010), which is her second-holiday album, and Me. I Am Mariah… The Elusive Chanteuse (2014).

Carey proved that she remained one of the top acts in the business with the release of her 15th studio album titled Caution (2018). It debuted at No. 5 in the U.S. and earned mention on numerous “albums of the year” lists. Similarly, in December 2019, Mariah achieved another milestone when her enduring holiday song, “All I Want for Christmas Is You,” hit No. 1 on the Billboard Hot 100. There were 25 years between the song’s release and arrival at the top spot setting a new Billboard record for longevity.

Mariah Carey has sold more than 200 million albums worldwide. She is also the third best-selling female artist of all time according to the Recording Industry Association of America.

In the year 2012, Mariah Carey became a new judge for season 12 of the popular FOX television show American Idol. She took a seat alongside Randy Jackson, Nicki Minaj and Keith Urban. Then in 2013, Mariah appeared in a small role in The Butler, Lee Daniels’ biopic about White House butler Eugene Allen. She also voiced a character on the animated television series American Dad!

Additionally, in January 2015, Mariah Carey inked a deal to take up residency in Las Vegas beginning in May 2016. To coincide with her Vegas show, #1 to Infinity, at Caesar’s Palace, Mariah released a greatest hits collection, featuring her No. 1 tracks. In the same year, Mariah also starred in and directed A Christmas Melody. It is a holiday movie on the Hallmark Channel.

Then in 2016, Mariah Carey launched The Sweet Sweet Fantasy Tour and Mariah’s World, which is a television document-series on E!. It followed her European tour. Mariah also took on another movie role, voicing the mayor in 2017’s animated The Lego Batman Movie.

Mariah Carey shared in an April 2018 cover story for People the story of her longtime, secretive battle with bipolar II disorder. She first diagnosed it in 2001, after being hospitalized for her breakdown. Mariah said that she refused to acknowledge it for years. She said:

“Until recently I lived in denial and isolation and in constant fear someone would expose me. It was too heavy a burden to carry and I simply couldn’t do that anymore.”

Mariah Carey said she turned things around after finally reaching out for help. She then began undergoing therapy and taking the medication regularly. She further said:

“I’m just in a really good place right now, where I’m comfortable discussing my struggles with bipolar II disorder. I’m hopeful we can get to a place where the stigma is lifted from people going through anything alone. It can be incredibly isolating. It does not have to define you and I refuse to allow it to define me or control me.”

In the year 2008, Mariah Carey performed in a New Year’s Eve concert for the family of Libyan dictator Muammar Gaddafi, something she later claimed to “feel horrible and embarrassed to have participated in.” In March 2011, her representative, Cindi Berger, stated that royalties for the song “Save The Day“, would be donated to charities that create awareness on human rights issues. She decided this to make amends for her mistake regarding dictator Gadaffi.

Berger also said, “Mariah has and continues to donate her time, money and countless hours of personal service to many organizations both here and abroad.” However, “Save The Day” was never released. Moreover, in 2013, human rights activists criticized Mariah Carey for performing in a concert for Angola’s “father-daughter kleptocracy” and accused her of accepting dictator cash.

then in January 2019, Mariah Carey controversially performed in Saudi Arabia. Then in the United Kingdom, Owen Jones of The Guardian found her agreement to perform there questionable as “Carey has famously always had a devoted gay fanbase: in Saudi Arabia, homosexuality is punishable by death.”

Prior to this, Mariah was under pressure to cancel this performance not only because of the murder of the journalist Jamal Khashoggi but also because of the country’s imprisonment of feminists. In a statement to the Associated Press, her publicist stated:

“When presented with the offer to perform for an international and mixed-gender audience in Saudi Arabia, Mariah Carey accepted the opportunity as a positive step towards the dissolution of gender segregation. As the first female international artist to perform in Saudi Arabia, Carey recognizes the cultural significance of this event and will continue to support global efforts towards equality for all.”

At present, Mariah Carey is in a romantic relationship with her beau Bryan Tanaka, a dancer. Both lovebirds share adorable photos with each other on their respective Instagram handles. The most recent one of them together on Mariah’s Instagram is on the 3rd of April, 2020, which happens to be her beau’s birthday. Moreover, Brian also featured in Mariah’s reality show Mariah’s World. 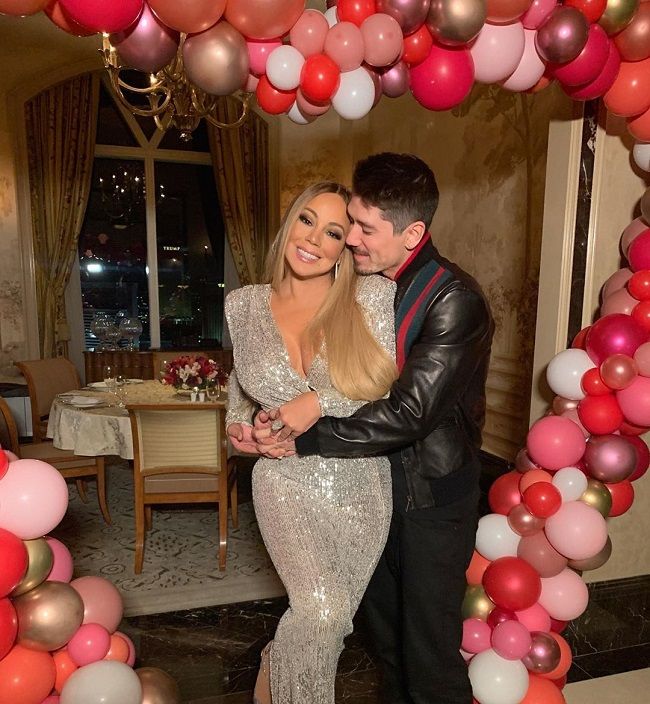 In June 1993, Mariah Carey married Tommy Mottola in a spectacular ceremony at St. Thomas Episcopal Church in Manhattan. But sadly, the couple divorced in 1998. Mariah Carey then dated Latin singer Luis Miguel for three years and ended in the summer of 2001.

Mariah Carey then began a relationship with rapper/actor Nick Cannon after his appearance in Carey’s music video for “Bye Bye.” After dating for less than two months, the lovers married on 30 April 2008 in a secret ceremony held in the Bahamas. Then in 2011, the couple welcomed twins Moroccan and Monroe.

The lovers, however, announced their separation in August 2014. They went their separate ways after six years of marriage. They finalized their divorce in 2016. Similarly, in January 2016, Mariah Carey engaged Australian businessman James Packer in New York City. Sadly, in October the same year, they split.

Outside of her music career, Mariah Carey is active in fundraising for The Fresh Air Fund. It is a nonprofit agency that provides free summer vacations to disadvantaged children in New York City. Mariah is also the co-founder of Camp Mariah. It is one of the organization’s initiatives.

Talking about her body measurement stats, Mariah stands tall at a height of 1.73 m or 5 feet 8 inches and weighs around 65 kgs. Similarly, her chest-waist-hip measurements are 39-28-36 inches respectively. She wears dress size 10, shoe size 9.5, and bra size 34D all according to US standards. Moreover, Carey has dark brown hair and eyes of the same color.

Mariah Carey is pretty active on various social media platforms. She joined Twitter in January 2009 and so far has 21.5 million followers. Similarly, she has 9.4 million followers on her Instagram with 2322 posts as of April 2020. As a singer, Mariah also has her self-titled Youtube channel with 5.73 million subscribers. Further, Mariah’s official Facebook page has 19.3 million followers.

Moving on, Mariah’s net worth estimation is around $300 million dollars. Mariah managed to rack up a whopping 200 million record sales since the start of her career. Moreover, she also earns through her involvement in music and acting.