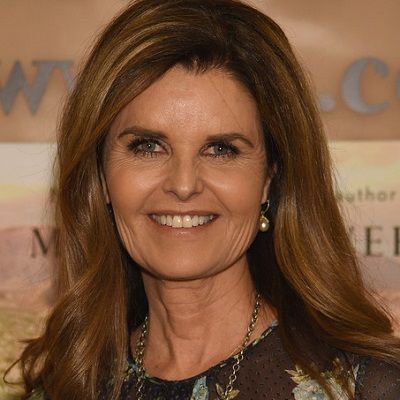 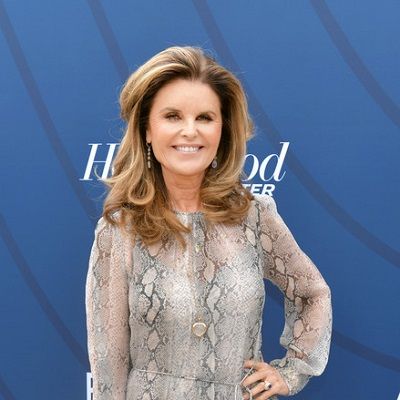 Maria Shriver is also known as Maria Owings Shriver who is 65 years old in the year 2020. She was born on 6th November 1955 in Chicago, Illinois. She was born to Sargent Shriver (father) and Eunice Kennedy Shriver. Therefore, her father was an American politician and diplomat, while the mother is a sister of former US President John F Kennedy. She grew up with four brothers named Anthony Shriver, Bobby Shriver, Mark Shriver, and Timothy Shriver. Likewise, she is an American nationality. Sadly, there is no information regarding her ethnicity.

Talking about her educational history, Shriver joined at Westland Middle School in Bethesda, Maryland. Then move to Sacred Heart Stone Ridge School from where she graduated in 1973. She then attended Georgetown University, and in 1977 she received her BA in American studies.

After completing her studies, Maria began working for KYW-TV, a Philadelphia-based TV station, as a news writer and producer. She later started working on WJZ-TV where she wrote the show ‘ Evening Magazine ‘ and produced it. Basically, she went on to serve as a co-anchor of the famous ‘ CBS Morning News ‘ program for CBS news. She became a reporter with NBC News in 1986. She soon began to anchor shows like ‘ Main Street ‘ and ‘ Sunday Today. ‘

Whereas, She started hosting a show called ‘ First Person with Maria Shriver ‘. She also attends interviews with several well-known celebrities including Fidel Castro, Sarah Ferguson, Magic Johnson, and others. She was a contributing anchor to the weekly series ‘ Dateline NBC ‘ from 1992 until 2004. Also in the 1993 film ‘ Last Action Hero, ‘ she played herself. She resigned from NBC soon after her husband was elected governor of California in November 2003.

Likewise, She was an executive producer of the series ‘American Idealist: The Story of Sargent Shriver’. The show revolved around her father, as well as his dream and achievements. Shriver has worked as a documentary series executive producer ‘ The Alzheimer’s Project ‘. The show earned a lot of appreciation and won two Emmy Awards. She released ‘The Shriver Report: A Woman’s Nation Changes Everything’. The research has shown that American women make up half of America’s workforce.

Shriver has also written several books like ‘Ten Things I Wish I’d Known Before I Went Out Into The Real World’, ‘What’s Happening to Grandpa?’ and ‘And One More Thing Before You Go..’ She rejoined NBC as a separate anchor a year after her divorce. She deals with problems around women’s positions in America.

The first lady of California

Whereas, Shriver was made California’s First Lady when her husband Arnold Schwarzenegger became California’s Governor. She has campaigned for many important social issues during this time. She helped grow ‘ The Women’s Conference ‘ and became the country’s leading women’s forum. Therefore, in 2004, launched the Minerva Awards to honor all California women who have worked hard to bring about change to society.

She has collaborated with several charities including ‘ Best Buddies ‘ and ‘ Special Olympics’. She launched the ‘WE Connect Program’ to put community organizations and government agencies together. As the founder of CaliforniaVolunteers, Shriver encouraged service and volunteerism. She also started a project later to plant the first edible garden in a state capital.

In her children’s book ‘What’s happening to Grandpa?’ she endeavors to describe the several aspects of Alzheimer’s disease and other forms of memory loss to young children in a simple and lucid language. The book proved her profession as a major success.

Likewise, she served as an executive producer of the documentary TV series ‘The Alzheimer’s Project’. The show presented a thorough analysis of Alzheimer’s disease, a devastating and irreversible brain disorder influencing millions of people worldwide. It impairs a person’s memory as well as thinking skills. The show received much appreciation and won two Emmy Awards as well.

Shriver has received many awards and achievements in her life. She received two Emmy Awards and an Academy of Television Arts & Sciences Award for the series ‘ The Alzheimer’s Project. ‘ She’s also won a Peabody Award for her journalistic contribution. She was awarded the Shinnyo-en Foundation’s ‘ Pathfinders to Peace Award ‘ in 2009, for her contribution to various social causes. 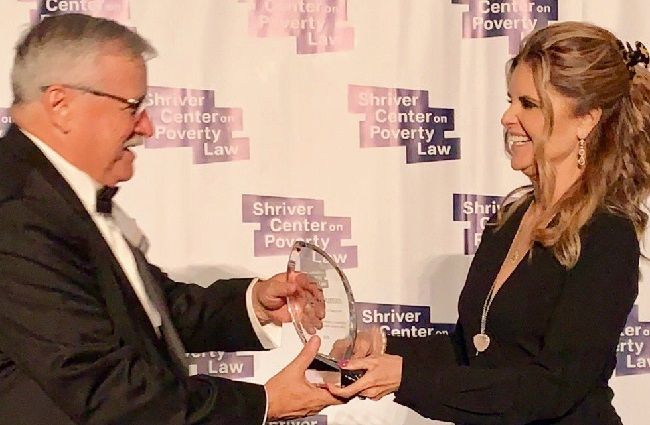 Caption: Maria honored to be in Chicago, Source: Twitter

Talking about personal life, Shriver and actor Arnold Schwarzenegger started dating. They finally got married in April 1986. The pair has four children named Katherine, Christina, Patrick, and Christopher. Sadly, the couple got separated in May 2011. At present, she has been dating political consultant Matthew Dowd since 2013. 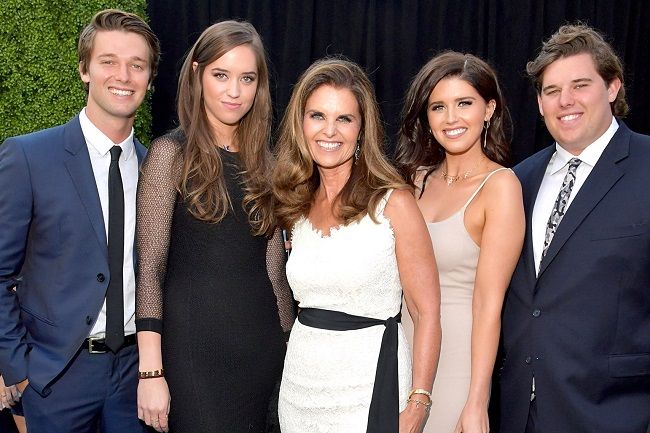 Regarding Shriver’s net worth, she has earned a huge amount of money from her profession. Her net worth is around $100 million dollars. Further, her salary is still under review.

Shriver is a smart woman with great physic and personality. Therefore, she has a height of 5 feet and 5 inches and weighs 59kg. Talking about her body measurement is still unavailable. Likewise, she has brown hair with beautiful blue eyes. 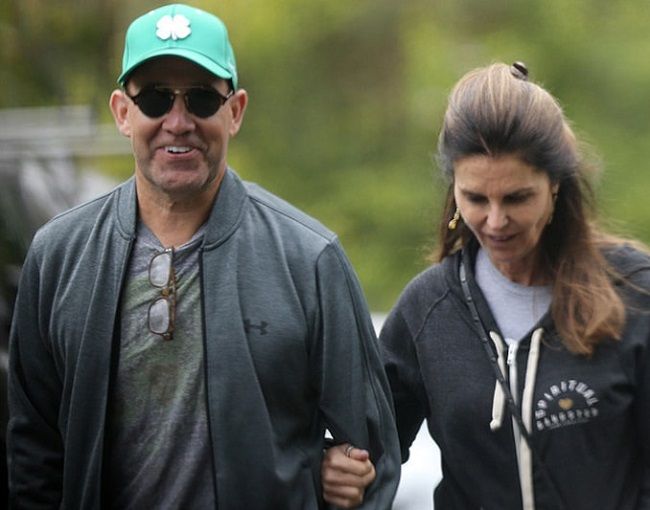