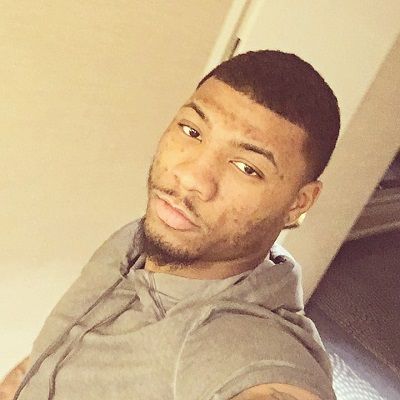 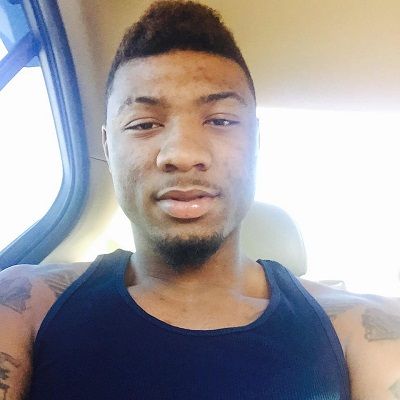 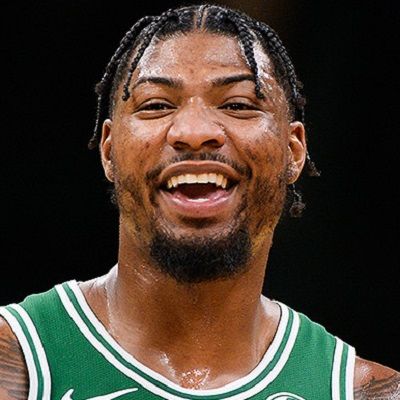 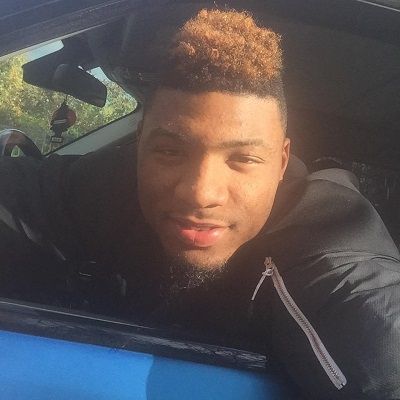 Marcus Smart is an American professional Basketball player who plays for the Boston Celtics in the National Basketball Association (NBA). Marcus Smart played college basketball for the Oklahoma State Cowboys before being drafted with the sixth overall pick in the 2014 NBA draft.

Celtics guard Marcus Smart announced on Twitter on Thursday night that he has tested positive for coronavirus. He said he has been asymptomatic and has been in isolation since being tested on Saturday.

“I’m OK,” Smart said in a video posted to his Twitter account. “I feel fine. I don’t feel any of the symptoms. But I can’t stress enough practicing social distancing, really keeping yourself away from a large group of people, and just washing your hands, and help protect yourself, and help protect others by protecting yourself.”

The Celtics said that Smart will continue to be isolated while being monitored by team medical staff. The team also said that it is awaiting further test results. Smart missed the Celtics’ March 2 practice because of illness. The following morning he described symptoms that were not believed to be consistent with a coronavirus diagnosis, primarily vomiting, although recent research has suggested that gastrointestinal distress could be an early sign of the virus for some. 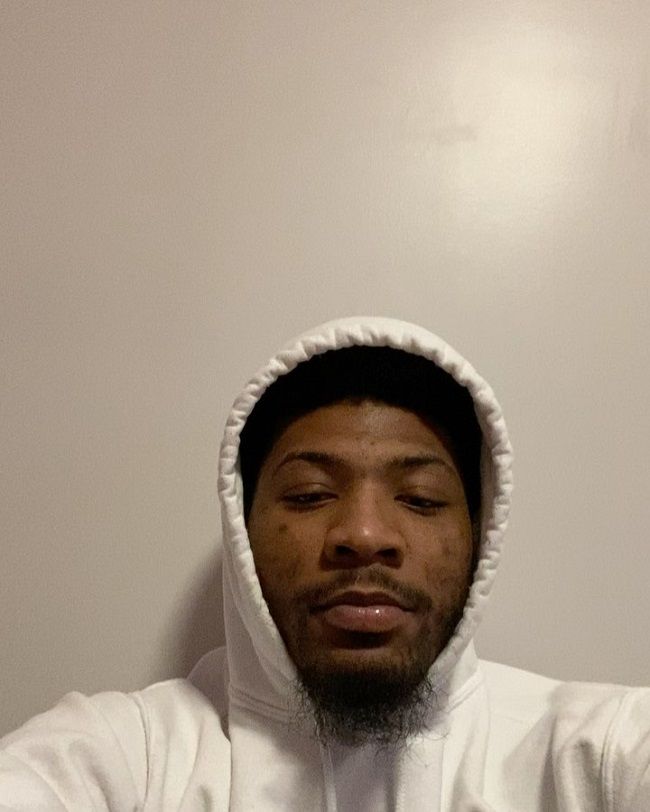 Caption: Marcus Smart posted a video on his Instagram spreading awareness to the people about CoronaVirus. Source: Instagram

“Young people listen up… quit hangin out in groups and being selfish. This is no joke. I was tested 5 days ago and the results came back tonight, which were positive. Ive been self quarantined since the test, thank goodness. COVID-19 must be taken w the highest of seriousness. I know it’s a #1 priority for our nations health experts, & we must get more testing ASAP! I’ve had no symptoms and I feel great. But the younger generation in our country MUST self distance. This is not a joke. Not doing so is selfish. Together we can beat this, but we must beat it together by being apart for a short while. Much love!!”

More about his sufferings

Smart informed CNN, that he was not worried about his symptoms getting worse. “I talked to my doctors and they just told me that I have not experienced symptoms yet so I should be on the last curve of the ball. I am just ready to get this behind and move on.”

“Feeling better,” Smart said then. “Yesterday was tough. I was throwing up every 20 minutes. Just a little GI bug. But I am feeling better. Was able to keep stuff down and able to get out here and move, so I’m happy about that.” “I feel great, I feel fine. I feel like I can go play a game right now,” the 26-year-old from Texas told CNN on Friday.

“Be alert. Take precautions. By protecting yourself, you protect others. That’s the key. People are not showing symptoms so it is hard for anyone to know they have the virus. But being around a group of people, friends, and family and not isolating yourself, you are a carrier. You can spread the virus around without knowing.”

Marcus Smart was born on March 6, 1994, in Lancaster, Texas, as Marcus Osmond Smart. He was born to parents, Billy Frank and Camellia Smart. Referring to his nationality, he is American and belongs to the Afro-American ethnic group. Further, he is 28 years old and his birth sign is Pisces. He grew up along with his siblings, Michael Smart, Jeff Westbrook, and Todd Westbrook. 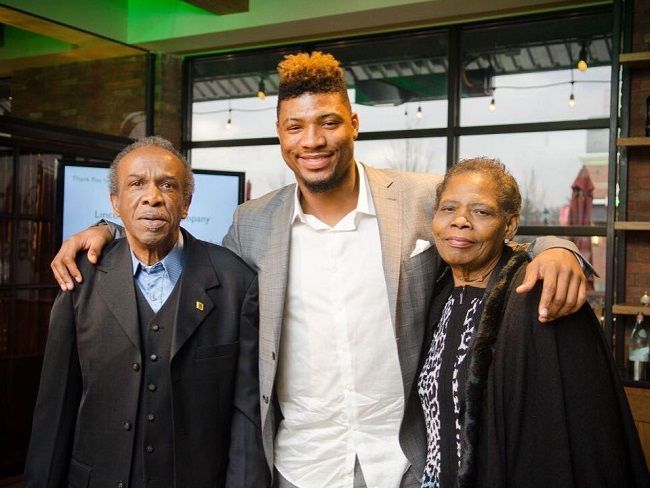 Caption: Marcus Smart clicking a photo with his mom and dad. Source: Instagram

In the 2014 NBA Draft, Marcus Smart was selected with the 6th overall pick by the Boston Celtics. He joined the Celtics for the 2014 NBA Summer League alongside Isaiah Thomas, James Young, Tyler Zeller, and Evan Turner. On July 10, he officially signed with the team.

Moreover, his career-high 26 points came on November 15, 2015, in a 100–85 triumph over the Oklahoma City Thunder. The following year, on 15th January, Smart recorded his first career triple-double with 10 points, 11 assists, and 11 rebounds, in a victory against the Phoenix Suns, becoming the first Celtics rooster to record a triple-double off the bench since Art Williams did so in 1971.

On January 31, 2018, Smart met his career-high of 26 points in a defeat against the Orlando Magic. What’s more, on June 29, 2018, the Celtics offered a qualifying proposal to make Smart a restricted free agent. That same year, on July 19, Smart signed a contract extension of a four-year, $52 million with the Celtics. 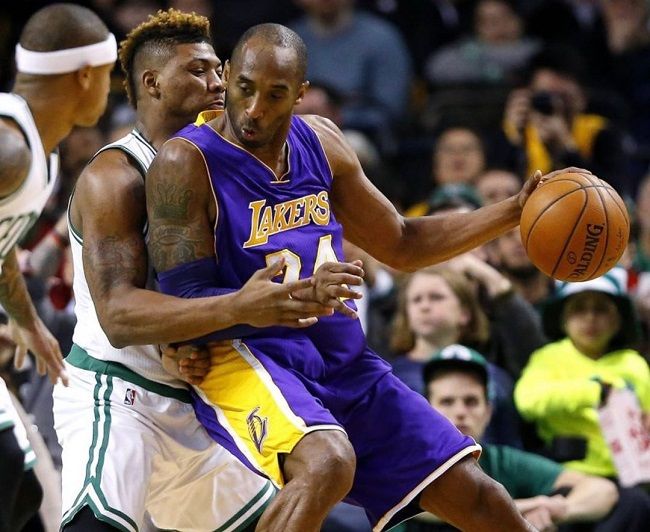 Caption: Marcus Smart while playing a game against the Lakers. Source: Instagram

Marcus has not shared any details regarding his dating history. He might be dating someone or might be single. Also, he has not officially confirmed anyone as his girlfriend yet. He has kept his private life away from the public. Likewise, he has also not been involved in any kind of rumors and controversies.

Marcus stands tall at a height of 6 feet 3 inches and weighs around 100Kgs. He has an athletic body build. Furthermore, he has dread black hair and dark brown eyes. His other body measurements are not available at the moment.

Marcus earns by playing basketball in the NBA. His main sources of income are Salary, bonuses, incentives, and contract extensions. Further, he also has an endorsement deal with Adidas. As of 2018, he has an estimated net worth of over $10 Million. He has an average salary of $11,160,716 for the 2018-19 season. However, he has an estimated net worth of around $5 million as of 2019. But there is no information regarding his net worth and salaries as of 2020.