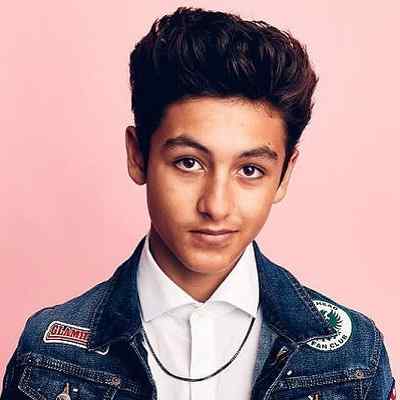 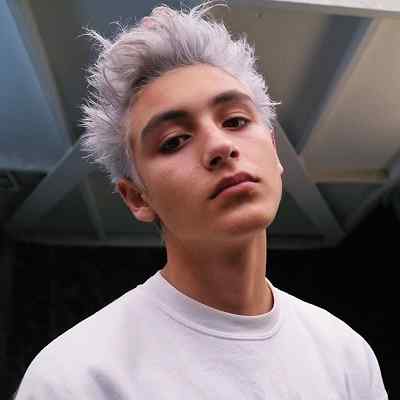 Marcel Ruiz is a Puerto Rican-American teen actor. Marcel Ruiz landed a starring role as Alex Alvarez in the Netflix reboot of One Day at a Time.

Marcel Ruiz’s age is 19 years old. He was born on July 9, 2003, in Old San Juan, Puerto Rico, under the astrological sign of Cancer. His father’s name is Carlitos Ruiz and his mother’s name is Mariem Perez Riera. Likewise, he has a younger sister named Lucia. His parents are famous personalities in the Puerto Rican film industry. Likewise, his maternal grandfather’s name is Silverio Perez who is a singer and comedian while his maternal grandmother is the singer and painter Roxana Riera. 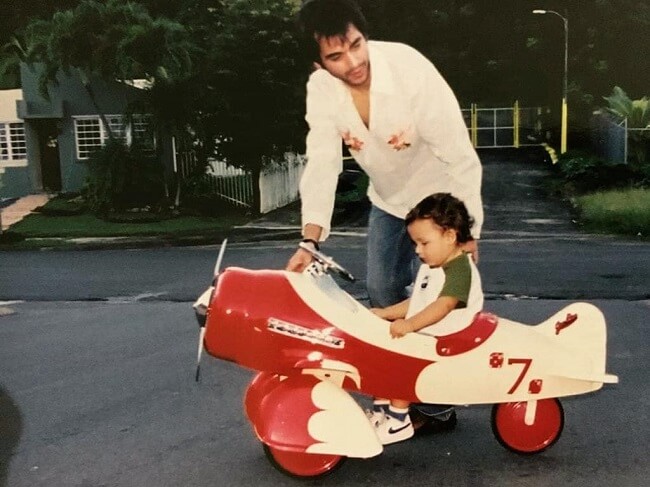 Caption: Marcel Ruiz on his childhood picture with his father (Source: Instagram)

His mother Mariem grew up in a bohemian upbringing and used to consider herself a child actor. After earning her bachelor’s degree in film direction from the University of Miami, she chose to continue her studies in documentary cinema and graduated with a degree from New York University.
Later, she moved to Cuba where she enrolled in the International School of Film and Television (EICTV) in La Havana. After a few years, she relocated to Puerto Rico and started her career as a documentary filmmaker and editor. His parents met in Puerto Rico. His father Carlitos earned his BFA in filmmaking from The School of the Art Institute of Chicago. Subsequently, he started his career directing videos and commercials.
At the age of nine, Marcel along with his family decided to move to the USA. Eventually, the family settled down in Los Angeles, California. Initially, he could not speak English. However, his English communication skill changed after his schooling in Los Angeles, and became fluent in the language. Likewise, he is a very athletic young man and plays soccer and basketball.

Professionally, Marcel Ruiz is a Puerto Rican-American teen actor. He gained fame for portraying Alex Alvarez in the Netflix reboot of ‘One Day at a Time. A native of Old San Juan, he grew up in a film fraternity. Both of their parents are filmmakers and they introduced him to the entertainment industry at a very young age.

Similarly, he started his career in the entertainment industry in Puerto Rico as a child model. He even made an appearance in commercials for various advertising campaigns. Further, he got the opportunity to get featured in other types of projects. After his family relocated to the USA, he aspired to continue acting but communication proved to be an obstacle to overcome. However, he still made appearances in Spanish commercials.

After getting enrolled in school, he gets used to the English language, and his English got better. Eventually, his confidence to audition for English-speaking roles also grew. Acting has always been a fun activity to pursue.
He appeared in the securing role of Alex Alvarez in ‘One Day at a Time. First, he sent a self-tape to the casting directors for the show but did not get information about his selection for a couple of weeks. Late, he got selected for in-person auditions.

‘One Day at a Time’ is a CBS sitcom that ran from 1975 to 1984, produced by Gloria Calderon Kellett and Mike Royce. The 2017 version turns from the original in the sense. It told a story beyond a single mother raising her two children and contracted relevant social issues, such as immigration, sexism, homophobia, mental illness, and racism. It has a 97% fresh rating on Rotten Tomatoes and has received numerous awards for the two seasons it has aired to date.

In 2017, he made a guest appearance in FX’s ‘Snowfall’. In 2019, he made a film debut with ‘Breakthrough’, a biographical drama also starring Chrissy Metz and Topher Grace. It is a drama film, and a true story, portraying the role of John Smith. In 2020, he appeared in Pop on the American TV Channel. 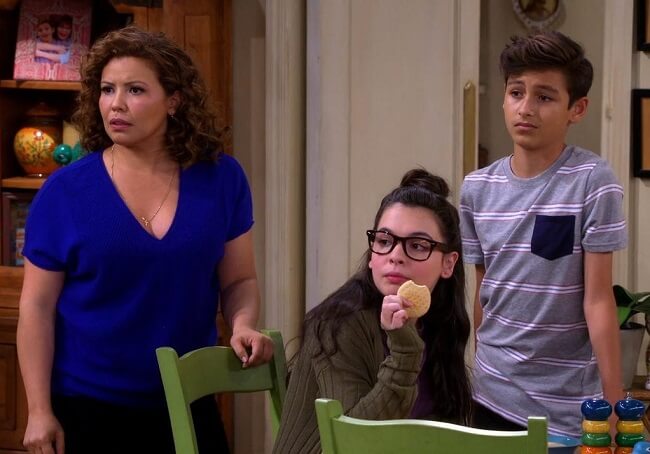 Caption: Marcel Ruiz on the character of One day at a time along with his co-star(Source: thestarsworldwide)

Additionally, he also has a self-titled YouTube channel launched on July 18, 2016. He officially started posting videos on his channel in early 2018. And uploaded a video titled “MARCEL RUIZ OFFICIAL CHANNEL!!!,” which garnered 98k  views. He has posted a few videos on his channel.

So far, he has uploaded 23 videos to date and has garnered almost 112k subscribers with more than three million total views. He’s one of the videos titled “MY CRAZY ROOM TOUR! (FINALLY),” which has collected over 1.14 million views. Moreover, he is also active on other social media platforms like Instagram, and TikTok, where he has successfully gained decent fan followers.

This talented young actor Marcel Ruiz has successfully won one award and two nominations for One Day at a Time. In 2017, he won Imagen Award for Best Young Actor. Likewise, he has got a nomination for the Imagen Foundation Award and Teen Choice Awards for the Best Young Actor-Television in 2018 and 2019. Moreover, he became one of the “10 Latinxs to Watch in 2019”, by Variety Magazine.

Speaking of Marcel’s earnings, he is a talented actor who has earned a decent sum of money through a few television and film roles at such a young age. His net worth is estimated to be around $1 million-$5 million. Growing up with his parent belonging to the entertainment industry, he surely has got a good lifestyle to live in.

Reflecting on Marcel Ruiz’s relationship status, he is probably single. However, he is often seen with his co-actors posing for a photo and posted on his Instagram handles. But he has never spoken about her girlfriends. As he is just turned 17, he has a lot of time to be engaged in such matters and might be dating beautiful girls. But as of now, he is single. 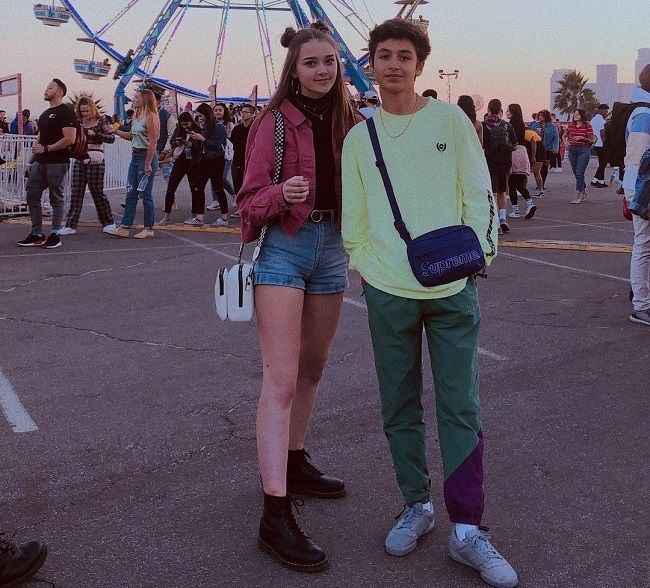 Caption: Marcel Ruiz posing with his friend for a photo (Source: Instagram)

Being a young actor in the entertainment industry, he has not been part of a controversial topic and has maintained a good profile.

Marcel Ruiz stands a good tall height which measures 1.73 meters i.e 5 feet 8 inches tall. He has a lean body structure with a body weight of Kg (110 Pounds). His biceps size is 12 inches and body statics measures 35-28-36 inches. He wears a shoe of size  7 US. Likewise, he has dark brown eyes and brown hair color. As of now, he has dye ash blonde hair.