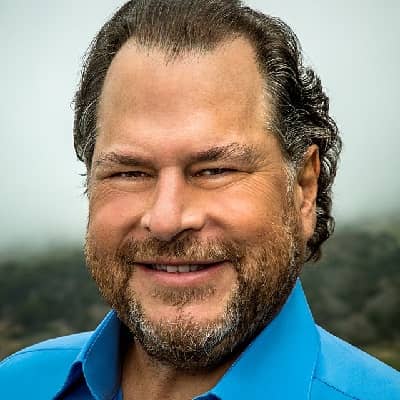 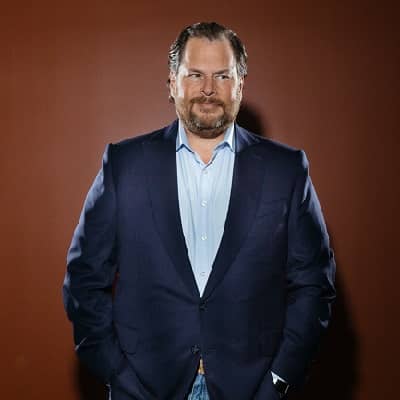 Marc was born in California, United States on September 25, 1964, Currently, he is 58 years old. Forbes named him “Innovator of the Decade”. His full birth name is Marc Russell Benioff. Marc was the son of Jolle Benioff (mother) and Russel Benioff(father).

But the details of their profession are unknown. He has one sibling named Julie Young who is a financial writer and editor and also works with a variety of topics including the financial markets, investment valuations, and investment funds.

He grew up in a San Francisco Bay Area-based Jewish family that had roots there for many years. Marc had an interest in computer programming from a young age. He used to sell software as well as video games while still in high school.

He founded Liberty Software at the age of 15 and produced several popular Atari 8-bit video games. By the time he was 16 years old, his monthly royalties were more than $1,500, which was more than enough to cover his college expenses in the future.

Marc studied at Burlingame High School in 1982 and graduated from his schooling there. He completed his Bachelor of Science in business administration from the University of Southern California.

After that, he focused on his career and fulfill his dreams. He was a very talented and obedient student when he was in school.

While a USC undergraduate, Benioff worked as an intern for Apple Computer and he was hired by Oracle Corporation after his graduation. The following 13 years of Marc’s career were spent at Oracle moving up the ranks.

Benioff launched Salesforce in 1999 after quitting Oracle. He was residing in a rented apartment in San Francisco. Marc was one of the first people to see the potential of SaaS or “Software as a Service.”

“The End of Software” was one of Salesforce’s early marketing catchphrases. He coined the phrase “platform as a service”. Many firms are adopting cloud computing as the norm, and this trend is anticipated to last for several decades.

Businesses were expected to spend at least $106 billion on SaaS solutions in 2016, according to research from 2015. Salesforce was a pioneer in the drive to the cloud. $5.37 billion was the company’s revenue for the 2015 fiscal year.

A cloud computing company had made substantial progress at the time if its revenue exceeded $5 billion. Marc boasted that Salesforce will soon quadruple that sum and become the quickest corporate software company to cross $10 billion in sales shortly after this accomplishment.

Additionally, Benioff asserted that he already had contracts for $9 billion. Salesforce now brings in well over $25 billion annually.

Marc owns 4% of Salesforce. The company’s market capitalization currently exceeds $160 billion. He has sold stock worth roughly $1.5 billion over the years.

Benioff was named co-chair of the President’s Information Technology Advisory Committee by President Bush in 2003. Benioff, a member of the World Economic Forum’s Board of Trustees, was recognized as a Young Global Leader by the organization in 2009.

He was given The Economist’s Innovation Award in 2012 and recognized by Barron as one of the “Best CEOs in the World.” Plus, he was selected as “Businessperson of the Year” by Fortune readers in 2014.

He was listed as one of the “World’s 50 Greatest Leaders” by Fortune magazine in 2016. 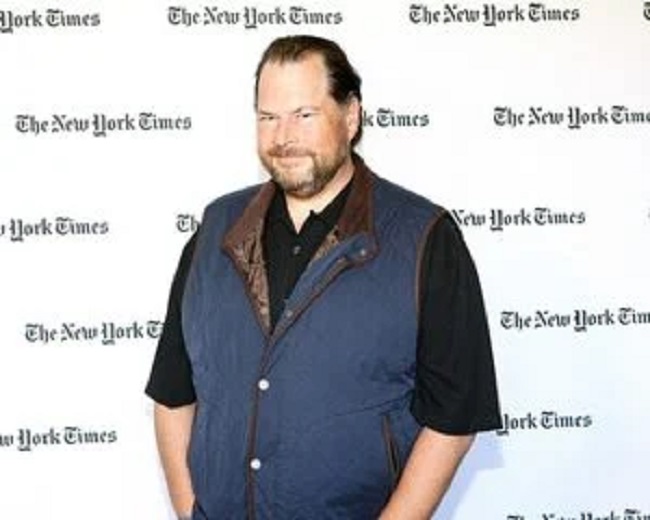 Marc Benioff is estimated to be a net worth of $10 billion. He has amassed a sizeable portion of his wealth as a result of his business success. Being the CEO of Salesforce has contributed to Marc’s ability to acquire such a significant net worth.

Marc is the richest man who married Lynne Krilich Benioff. They have two children but the name of his two daughters are still secrete. Maybe he wants them to live a normal life and enjoys their childhood.

He has not given details about them in media as well as in social media. The whole happy family lives in San Francisco, California. They are enjoying their love life with children.

They are still deeply in love with each other and his wife is very caring he describes her as an amazing wife. 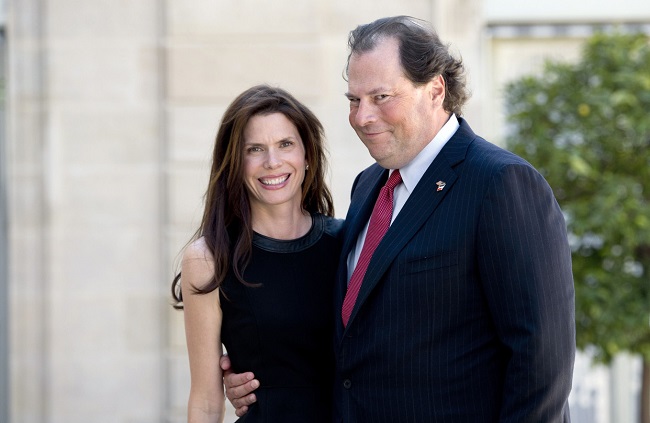 Marc Benioff let a protester critique the company’s agreement with U.S. Customs and Border Protection during the keynote address at Salesforce’s Dreamforce conference on Tuesday. Concerns over the U.S. agency’s methods caused the deal to become a controversial topic last year.

His actual height of Marc is 6 feet and 2 inches and weighs 82 kg. He has a fair skin tone and black wavy hair. The color of his eyes is also black and has a muscular body type. He wears formal outfits mainly.

He is very curious about health and used to take a proper diet to keep him healthy. 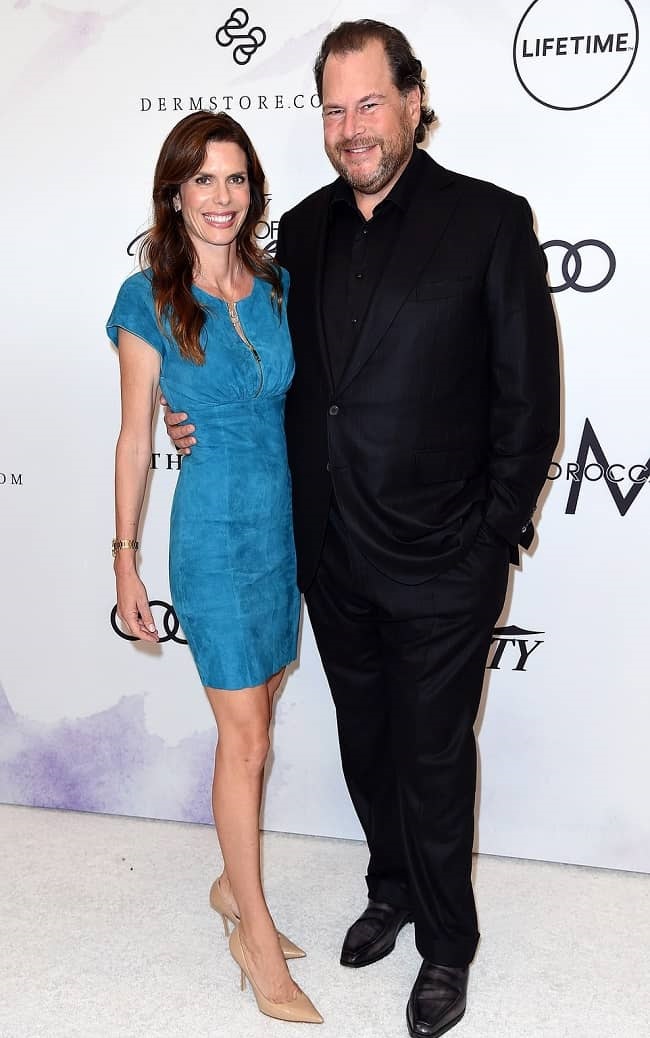 Caption: Marc Benioff posing for a photo in a black outfit with his wife (Source: Daily Mail)