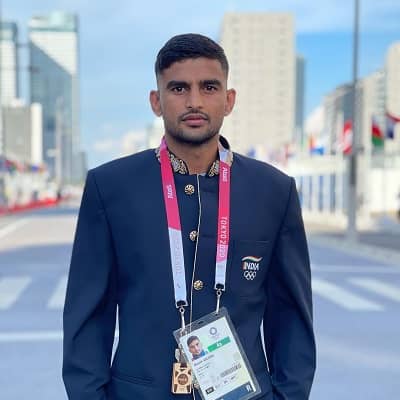 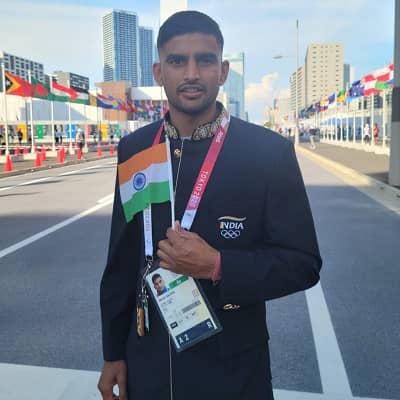 Manish Kaushik is a boxer from Haryana, India. Manish Kaushik competes in the lightweight division.  He is employed as a Junior Commissioned Officer in the Indian Army.

Subedar Manish Kaushik was born on January 11, 1996 (Thursday), in Devsar, Bhiwani, Haryana, India. As of now, Manish is 26 years old and his sun sign is Capricorn.

Manish Kaushik has spent her childhood with her siblings. He has a brother named Vipin Kaushik. And, is also has a sister named Pooja. His brother works at Bhiwani Welfare Department.

Manish went to primary schooling from Devsar village. Later, he attended a school in Bhiwani. Moreover, he went to the Government College of Education.

Manish Kaushik has been participating in different Championships. Therefore, he also has been successful to secure the positions. In his early life, Manish has struggled due to his family’s economic status.

Manish belongs to a middle-class family. As of now, Kaushik has established a successful career.

Probably, Manish has been earning a good amount of money. But, the net worth of Manish Kaushik is not revealed yet. Undoubtedly, Manish is living a lavish and luxurious life.

Manish Kaushik has always been prepared to establish a successful career. Kaushik has as early as 4 am to balance his education and training. In the order to get a better life and privilege for his family, Manish decided to learn boxing.

Kaushik kept on preparing and improving himself. Later, in the 2008 Summer Olympics Jitender Kumar participated. And, Manish Kaushik was more inspired by him to pursue his career. Therefore, Manish succeeded in entering the Indian Army. In 2017, he defeated Shiva Thapa.

Similarly, he won a gold medal in the tournament. Kaushik won gold in the Asian Game Test Event. The event was held in Jakarta, Indonesia, in 2018. Likewise, he took part in the Commonwealth Games, in 2018. 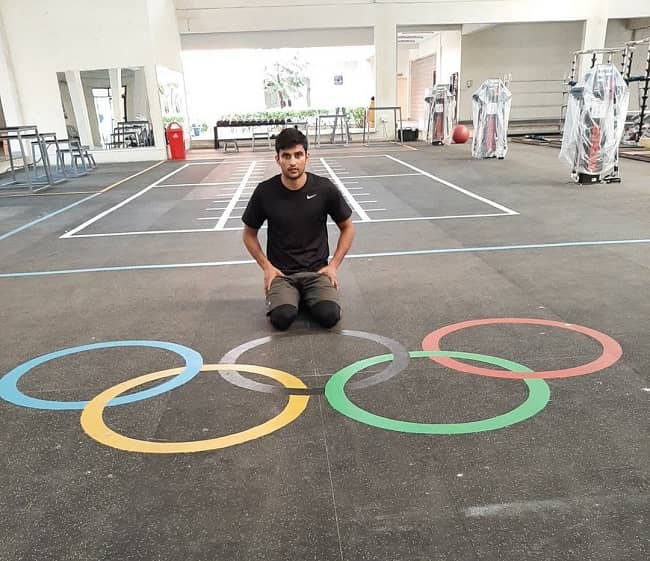 And, he managed to win a silver medal. Additionally, he is a Joint Commissioned Officer at the Indian Army. Therefore, he is a fitness enthusiast and visits the gym daily. And, he practices yoga daily to maintain his physical and mental balance.

In 2019, Manish was placed at World rank 5 in boxing. For his contribution to boxing, he received Arjuna Award. Manish represented Indian in the 2020 Tokyo Olympics.

But, he was out of the competition on Sunday in the men’s lightweight category. He was defeated by McCormack by 4-1 in the round of 32 matches.

There may be chances that Kaushik is currently focusing on his professional life. Manish Kaushik loves to eat Churma. And, he is a huge fan of the late Milkha Singh. Moreover, Manish’s dream destination is Italy. Likewise, Mashi loves the black color.

Manish Kaushik has been impressing people through his boxing skills. Therefore, Manish has a huge fan following. Manish has been maintaining his personal and professional life perfectly.

Thus, Kaushik has not been part of any rumors and controversies. It seems like Kaushik does not want any conflicts in his life. And, want people to know people through his talent.