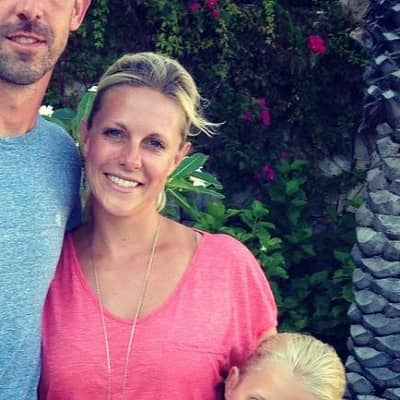 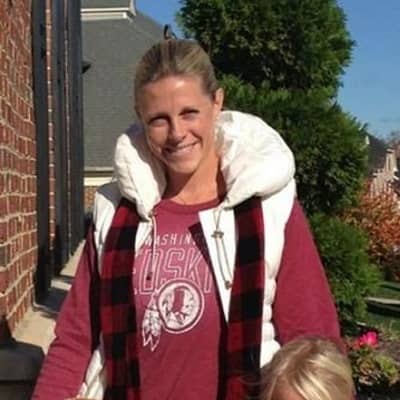 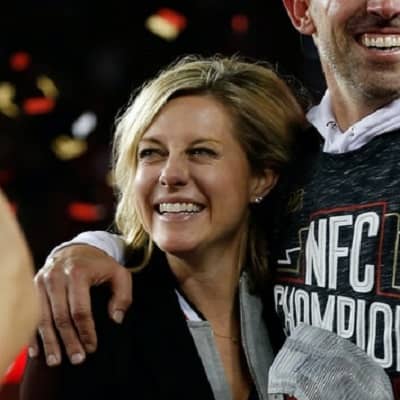 Mandy Shanahan’s full name is Amanda “Mandy” O’Donnell. There is no exact data on when she was born but there is information that she was welcomed into the world in the year 1980. Hence, she is most probably 41 years old as of 2021. Her hometown is in Colorado.

Talking about her family, her mother’s name is Nancy O’Donnell and she passed away due to cancer. Her mother was a teacher who taught 8th-grade students before passing away from stage 4 gallbladder cancer at the young age of 57 (on 31 January 2002). There is no further information related to her father, siblings, and other family details. Regarding her educational journey, she attended the University of Colorado, majoring in English Literature. Prior to this, she attended Cherry Creek High School in Colorado.

Mandy Shanahan is an entrepreneur from Colorado. Besides this, she is also famous as the celebrity wife of Kyle Shanahan. Talking about her husband’s professional life, Kyle is a famous football coach.

Her husband is the head coach of the San Francisco 49ers of the National Football League (NFL). Her husband previously served as the offensive coordinator for the teams like Atlanta Falcons, Cleveland Browns, Washington Redskins, and Houston Texans.

Kyle’s father was also a former American football coach. His father is Mike Shanahan and is most recognized as the head coach of the Denver Broncos of the National Football League (NFL) from 1995 to 2008. 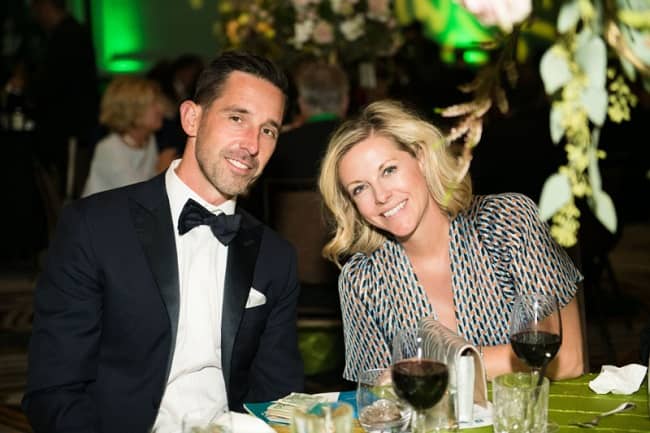 Caption: Many Shanahan posing for a photo with her husband Kyle Shanahan at the San Francisco Gala Dinner 2020 on Friday, March 6, 2020. Source: The Ireland Funds

Mandy Shanahan tied the knot with Kyle Shanahan on 5 July 2005. The lovers had their ceremony in a Roman Catholic ceremony. Moreover, she was as young as 25 years old and Kyle was 26 years old when they shared the vows. They promised to share their life with each other at a pretty young. Furthermore, there is information that the lovers attended the same high school and knew each other from a very young age.

At present, the couple shares three children together. She and Kyle have two beautiful daughters namely Stella Shanahan and Lexi Shanahan and one son named Carter Shanahan. The lovers welcomed Stella in 2008, Carter in 2010, and Lexi was welcomed in 2013. Hence, their children are 13, 11, and 8 years old respectively as of 2021.

The couple named their son Carter after Kyle’s favorite rapper, Lil Wayne, whose full name is Dwayne Michael Carter, Jr. After knowing about this, the rapper personally sent both father and son a surprise gift. It included an autographed poster and copies of the album The Carter III and IV. 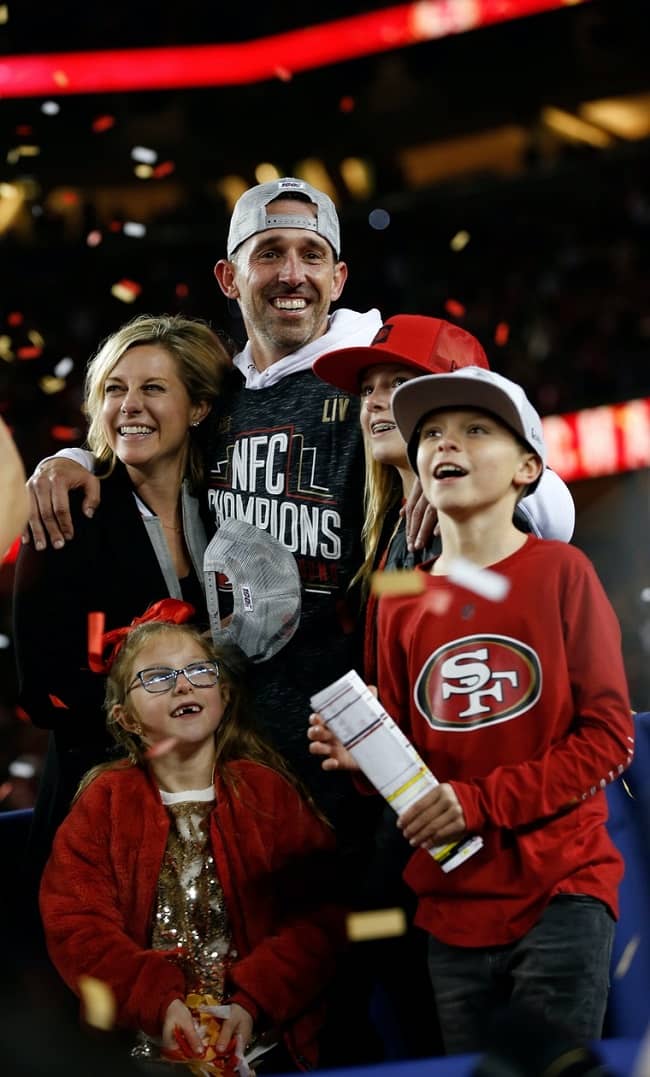 Caption: Mandy Shanahan and her family watching the game on February 2, 2020. Source: Romper

Talking about how Kyle supported her through the dark times when she lost her mother at the young age of 22, she shared in an interview with Sfchronicle:

“He completely stunned me. Kyle, hands down, got me through that. After going through that with him, I couldn’t imagine being with anyone else. What was so alarming to me, being that young and going though something that devasting, I realsed it’s not going to be the last sad thing that I go through.”

They were childhood sweethearts who went to different universities. However, Kyle came back to support her at her dark times, standing beside her as a pillar of strength. Moreover, Kyle also shared how he changed his plans after meeting Mandy:

“I never planned on getting married at a young age. But then I understood ‘OK, you don’t necessarily get to pick when you get married. You get married when you find the right person’. And I found her. So I changed my plans.” 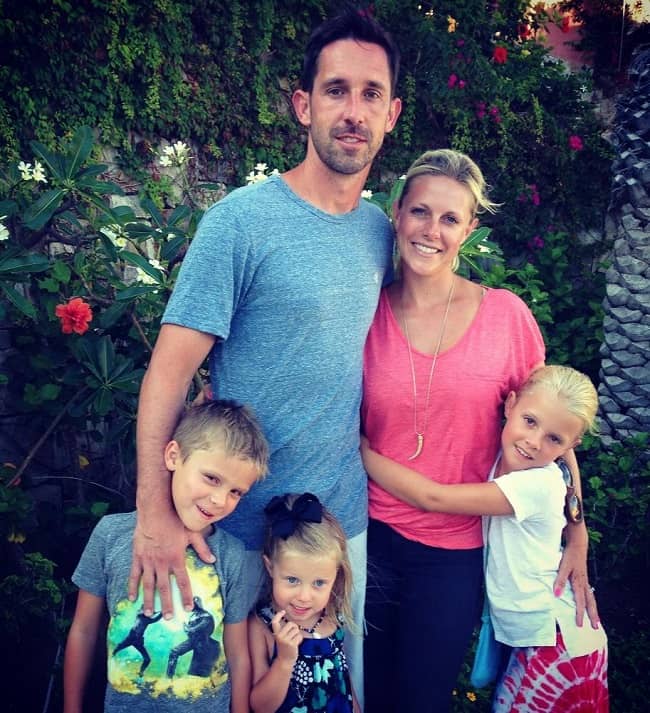 Caption: Mandy Shanahan posing for a photo with her family. Source: SFGate

Mandy Shanahan stands tall at an approximate height of 5 feet 8 inches or 1.73 meters and weighs around 51 kgs or 112.5 lbs. Likewise, she wears shoe size 8 as per the UK standard. Further, she has blonde hair color and mesmerizing blue eyes.