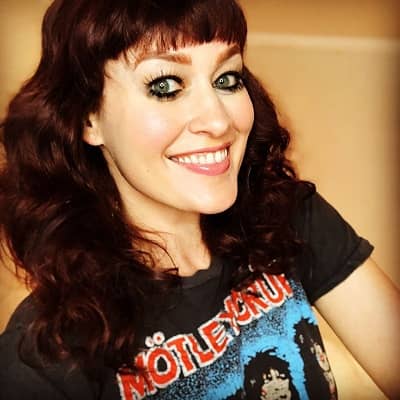 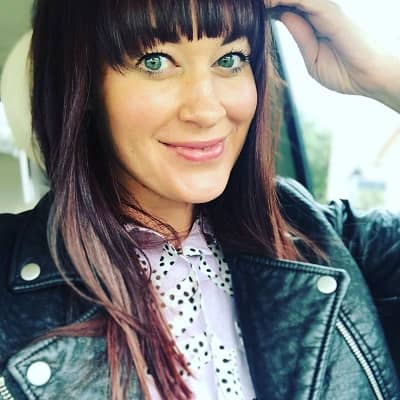 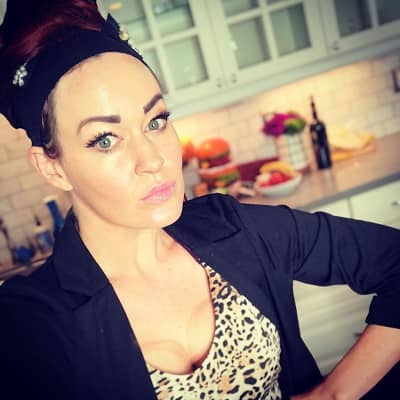 Her full name is Mamrie Lillian Hart. She came to this world on 22nd September 1983. She was born in Dover, New Jersey, USA. Her current age is 37 years and her zodiac sign is Virgo. Moreover, her father, David Hart, is an actor, while her mother, Anne Tabor, is a high school teacher. Her parents divorced when she was only nine. She has two siblings, David and Annie.

Hart attended the University of North Carolina – Chapel Hill, from where she earned a BA in theater. Upon graduation, she moved to New York City to pursue “serious acting,” where she worked as a bartender as a source of income. 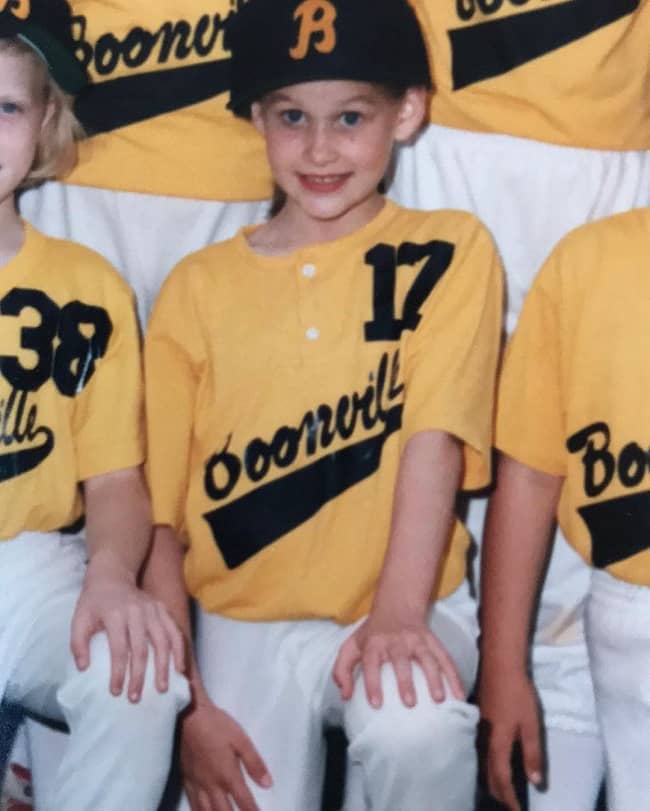 Mamrie Hart gained popularity in 2011 through her YouTube show ‘You Deserve A Drink’, for which she has won two Streamy Awards: in 2014 for Actress in a Comedy and in 2015 for Writing. As of March 2019, she has over 1.1 million YouTube subscribers and her main channel has over 93 million views. Moreover, she also co-wrote, co-produced, and co-starred in the 2014 film Camp Takota and the 2016 film Dirty 30.

Likewise, before she gained fame through YouTube, Mamrie Hart worked for ‘Cudzoo and the Faggettes,’ a band which was known for its humorous lyrical content. The band, which performed in New York, referred to their own style as a mixture between dirty doo-wop and vintage rock.

So far the band has released two albums, ‘The Prettiest Girls With the Filthiest Mouths’, which was out in 2009, and ‘Daddy Issues’, which was released in 2012. She joined YouTube in 2009, but her main channel ‘You Deserve a Drink’, where she posts instructional mixology videos, was created only in 2011. 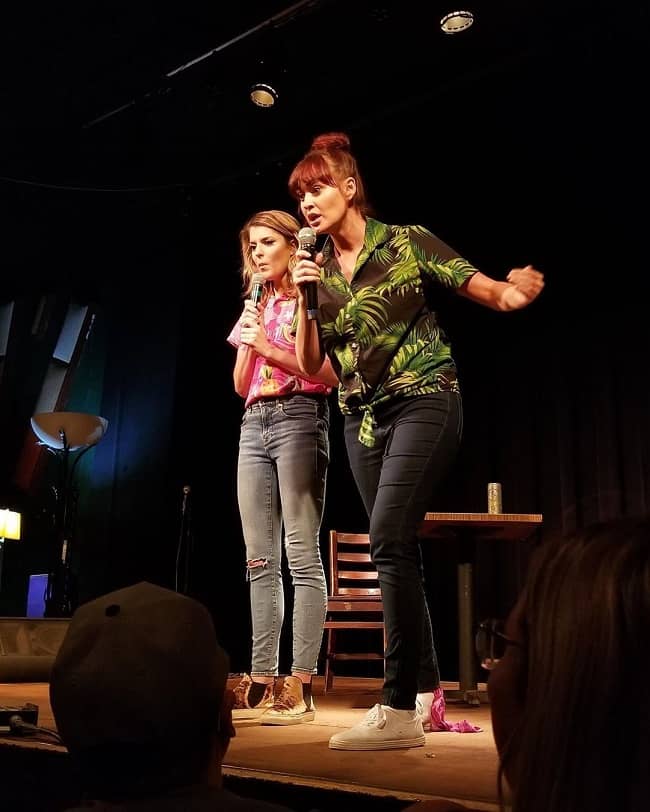 Further, her past work experience as a bartender was of great help. She occasionally makes drinks for celebrities, whom she feels deserve a drink in her videos. After the drink is finished, the viewers are encouraged to make the cocktail themselves and watch the video again. They are to use it as a drinking game as well, where each time she makes a pun, the participant is supposed to take a drink.

Moreover, she has collaborated with other YouTube stars as well, such as Grace Helbig, Tyler Oakley, Hannah Hart, and Flula Borg. And later, she introduced her other YouTube channel ‘Mametown’ to her viewers in 2013. Even though the channel had been created in 2009, it did not contain any videos till then and the viewers were requested to tell what kind of content they desired from her on this channel.

Hart has also worked with the sketch comedy group ‘The Upright Citizens Brigade’, for whom she wrote and performed sketches. Throughout her career, she has appeared in several TV commercials, which include a campaign for an American furniture manufacturer ‘La-Z-Boy’. Likewise, in 2014, she starred in a comedy drama-film ‘Camp Takota’, along with YouTubers Grace Hellbig and Hannah Hart.

Though the film was praised for being humorous and entertaining, it was also criticized for being predictable. She also played a role in the comedy web series ‘Oscars’ Hotel for Fantastical Creatures’, as well as making five appearances on the ‘Comedy Central Quiz show’.

Hart introduced her second YouTube channel, Mametown, on her Tumblr page on May 7, 2013. Prior to this, the account did not contain any videos despite being created in 2009. She uploads videos here that are unrelated to You Deserve a Drink. Hart initially requested viewers to recommend what she should post on the channel.

Moreover, in 2012, Grace Helbig, Hannah Hart, and Mamrie Hart put together a live variety show which they named #NoFilter with comedy sketches, improv, giveaways, and songs. Further, in contrast with many live performances, they encourage documentation of the show by the audience. 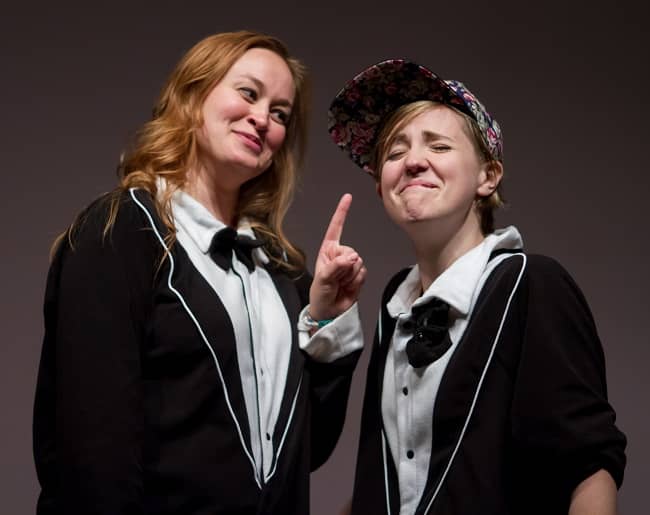 While at UNC, Hart played a bisexual girl named Erin on General College, a student-run soap opera. She later co-hosted the web series Luxor Race Through the Pyramid at the Luxor Las Vegas, which aired on MySpace in 2013. Moreover, Hart had thirteen appearances on Comedy Central quiz show @midnight throughout all four seasons from 2014 through 2017. She was the winner in five of her appearances.

Hart announced on the main stage at VidCon 2013, on August 2, 2013, that she would be starring in her first feature film alongside friends Grace Helbig and Hannah Hart. Hart co-wrote the script with Lydia Genner. The film, directed by Chris and Nick Riedell, began shooting in California on August 12, 2013. The film’s official trailer was released on December 24, 2013, on Hart’s, Helbig’s, and Hannah’s respective main YouTube channels, as well as on the film’s official website.

On October 28, 2015, Hart and her Camp Takota co-star Grace Helbig and Hannah Hart announced pre-production on a new feature film titled Dirty 30. The film was released on September 23, 2016, in select theatres and on digital HD. She won a Streamy Award in 2017 for her performance in Dirty 30 for Acting In a Comedy.

Moreover, Hart and Grace Helbig started a podcast, This Might Get Weird, following the cancellation of their YouTube talk show This Might Get… in October 2018. The pair have also begun broadcasting their podcast in video format on the original show’s YouTube channel.

Mamrie Hart is reportedly dating a guy named Chip Morgan. She has uploaded many pictures together on her Instagram account. The duo has a good and strong bond as of now. On August 25, 2020, their relationship completed three years of their togetherness. However, they are a very good couple. 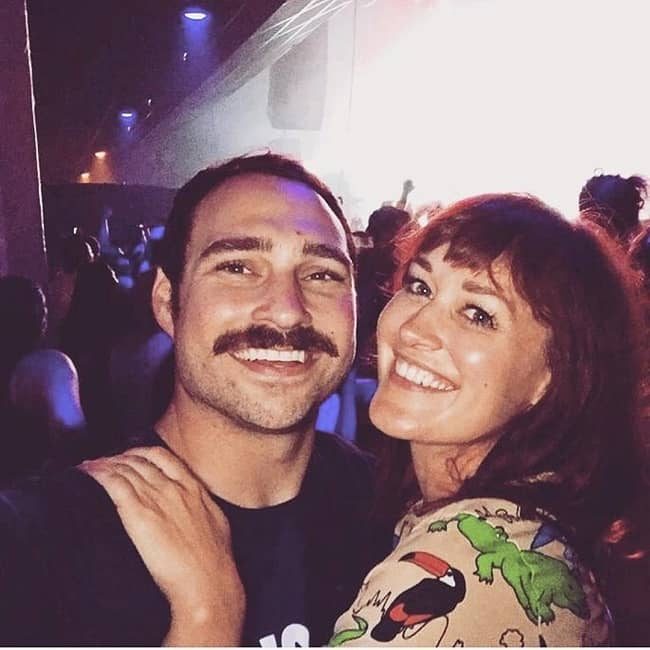 Mamrie Hart is quite tall and has a height of 5 feet 8 inches. She has a body weight of around 56 kilos. Moreover, she has a pair of hazel eyes that add up her beauty. She has often been spotted in public with different hair colors including ginger blonde, auburn, and dark brown. So, her natural hair color is unknown.

She is a successful social media personality as well as a comedian. Her work till now has made her career rise high. Her YouTube channel earns over $10K as of September 2020.