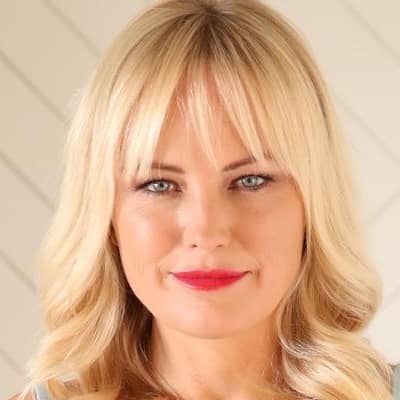 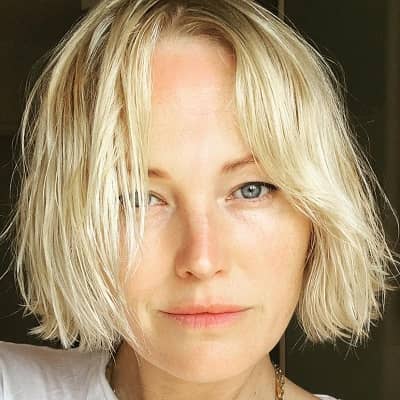 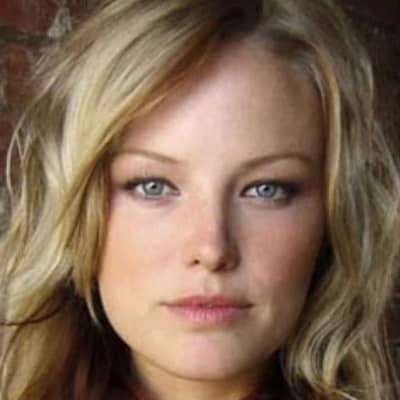 Malin was born on May 12, 1978. As of 2021, she is 43 years old. Likewise, she was born in Stockholm, Sweden. However, at the age of 2 years old she moved to Canada. Therefore, she is of Swedish-Canadian nationality. Malin was born to parents Magnus Akerman(Father) and Pia Sundstrom(Mother). Her father was an insurance broker while her mother was an aerobics teacher and sometimes a part-time model. Similarly, her family moved to Canada after her father was offered a job in the country. However, after a few years of moving to Canada, her parents sadly got divorced. Later her dad moved back to his home country.

Malin has 3 step-siblings, 1 from her mother’s second marriage and 2 from her father’s side. Likewise, she shifted to a few different places before she settled down. She visited her father during her vacations and often kept in touch with him on phone. In an interview, Malin said that her parents were really supportive and loved her dearly. 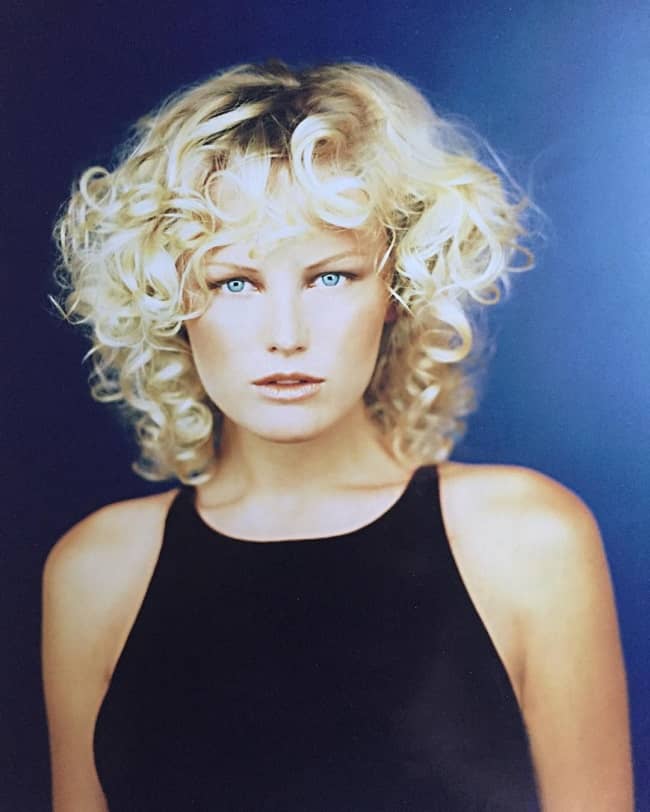 Caption: A photo of Malin when she was still young. Source: Instagram

Since she was constantly shifting after moving to Canada, she attended a bunch of different schools. One of the schools she went to is Sir Winston Churchill Secondary School. Similarly, she also studied at North Toronto Collegiate Institution. Furthermore, she studied at York University located in Toronto before she dropped out. At that time she was pursuing psychology. However, she never completed her studies as she dropped out to pursue acting in America.

To date, Malin has been a part of numerous films and television shows. Her work always reflects her passion for acting and her dedication to her work. However, success didn’t come easy to Malin. She first started off as a model. During her teenage years, she started modeling after a modeling agency signed her. She appeared in different advertisements and brand commercials. At the age of 17, she tried her hands out in acting as a guest role in an episode of a Canadian series. Similarly, in the year 2000, she appeared in a few different projects among which was a role in an American movie “The Skull”. Soon after, she moved to Los Angeles, California chasing her dreams. However, things weren’t as easy for her. Malin auditioned for numerous auditions in the city while working as a waitress to earn money.

After almost 2 years, she earned a small role in an American comedy film”The Utopian Society”. In 2004, she was also featured in the movie ‘Harold and Kumar Go To The White Castle’. At that point, the actress even considered moving back to Canada as the auditions weren’t working out for her. However, at that exact moment, Malin was selected as a supporting role for a television series on HBO called ‘The Comeback’. Similarly, she started getting supporting roles here and there in films as well as in television shows. She even made guest appearances in shows like ‘Love Monkey’ and ‘Entourage’ in the year 2006. 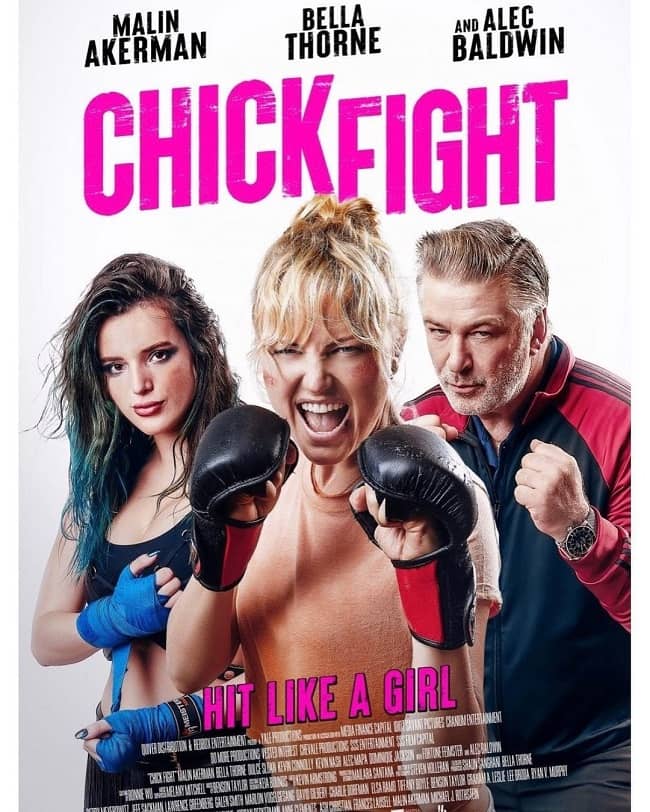 Caption: A poster of her movie “Chick Fight”. Source: Instagram

In further years to come, she worked in movies that gained her popularity and praises from both her audience and the critics as well. Some of her best works so far are, ‘The Brothers Solomon(2007)’, ‘Happy Thank You More Please(2010)’, and few others. Likewise, Malin is still active as an actress and a model. She has entertained people with a diverse range of roles throughout the years.

With time, she has won the heart of many viewers across the world. Today, she is very popular among movie lovers. Not only in acting but she has experimented with singing as well. Moreover, her recent works include movies like ‘The Sleepover’, ‘Friendsgiving’, ‘Chick Fight’, etc.

The actress has been nominated in a few different award categories. Similarly, she won the 2009 Golden Schmoes Awards in the category ‘Best T&A of the Year’. Milan has also received nominations for categories like ‘Best Supporting Actress’, ‘Best Superhero’, ‘Choice Movie Actress: Action’, and a few more.

Malin has a total net worth of around $10 million. Her primary source of income is her profession as an actress and model. Other than that, she might as well earn through different brand deals and sponsorships. She owns properties in different places. However, details of Malin’s salary and other assets are not available at the present.

The actress was previously married to her bandmate Roberto Zincone. They both were musicians playing for the same band which caused the couple to bond and fall for each other. After dating for quite a while, they got married in Italy in 2007. They share a handsome baby boy together named Sebastine Zincone.  Their son was born in 2013. Shortly after that, the couple decided to part their ways with each other in November of the same year. Currently, Milan is has a happy marriage with the British actor Jack Donnelly. The two publicly notified their engagement in October of 2017 and later tied knots a year after in December of 2018. 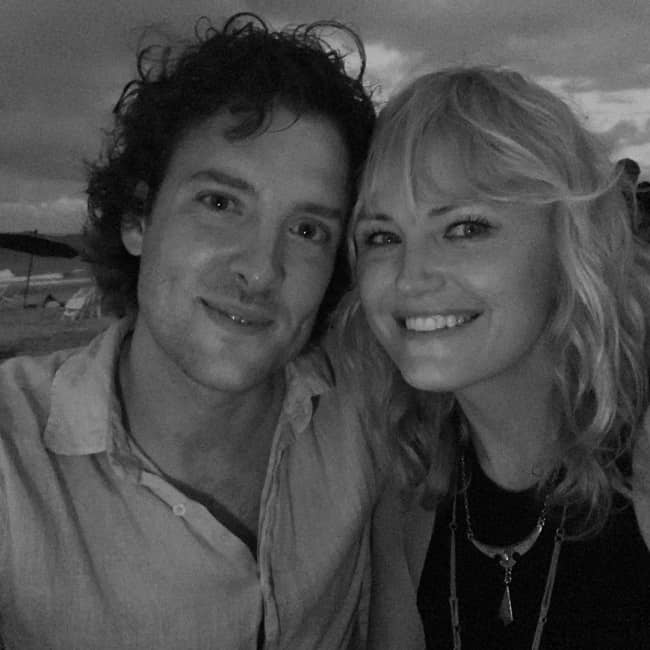 Caption: A cute photo of Malin and Jack. Source: Instagram

Malin Akerman is 5 feet 8 inches tall. Similarly, she weighs about 60 kgs. The actress has beautiful blonde hair and sparkling blue eyes. She also has a tattoo of a lotus flower on her upper back and one more which spells “Z” on her right wrist. Further body measurements of Malin are not obtainable right now.