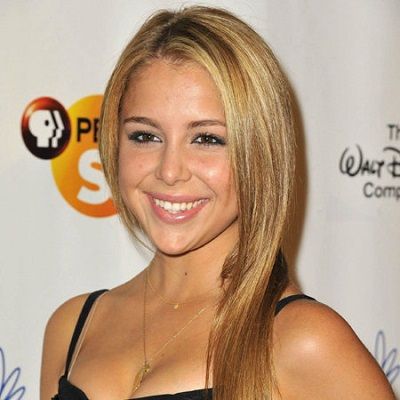 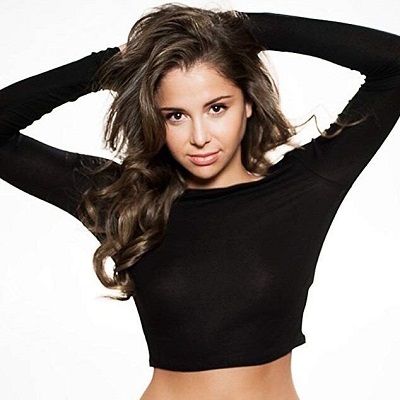 Makenzie Vega is an American actress. Makenzie Vega is well known for her role on ‘The Good Wife’ as Grace Florrick. Likewise, she played the role of 11-year-old Nancy Callahan in sin city which bangs a success. Her acting career started at the age of 5 with the show The Geena Davis Show.

Makenzie Vega is currently 28 years old. She was born on February 10, 1994, in Los Angeles, California. Her real name is Makenzie Jade Vega. Likewise, her birth sign is Aquarius. Her father’s name is  Baruch Vega and her mother’s name is Gina Rue. She grew up with six siblings, older sisters Alexa Vega and Krizia Vega, half-sisters Greylin James and Margaux Vega, and half-brothers Jet James and Cruz Hudson Rue.

Makenzie’s father was a Columbian fashion photographer as well as an informant for the ‘Drug Enforcement Administration. Her mother is a former American model. And also her sisters Alexa and Krizia are actresses.

Alexa is well known for the Spy Kids series as Carmen Cortez, and Krizia for the sequel of the movie Spy Kids. Besides that, she has also worked in other movies as well. Similarly, her half-brothers Jet James and Cruz Hudson Rue are still young. 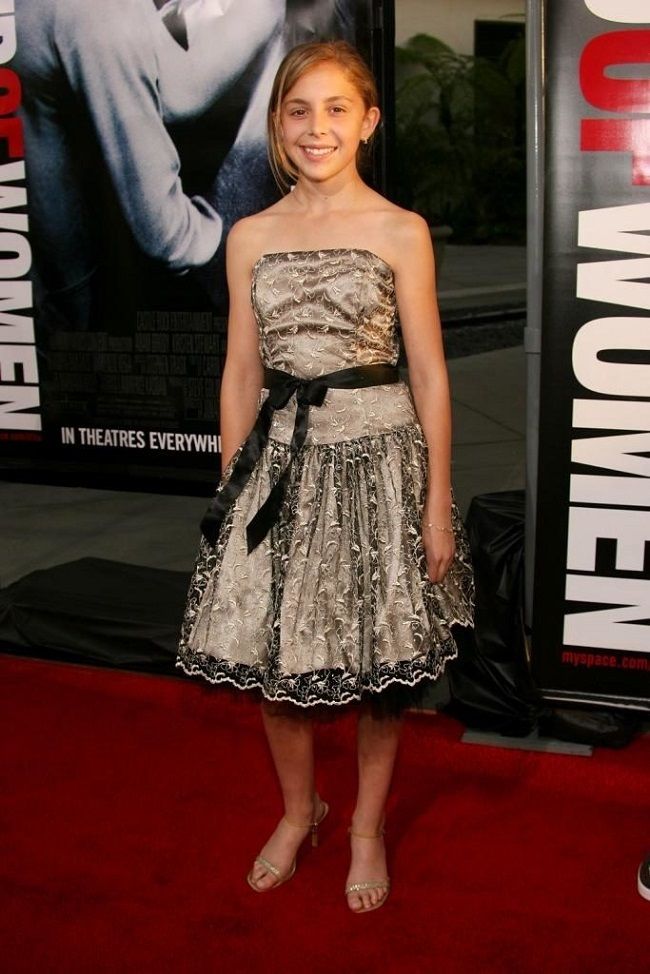 Caption: Makenzie Vega during her childhood days ( Source: Most apex)

Furthermore, She belongs to American nationality and holds mixed ethnicity of Columbian- American.

Talking about Makenzie’s educational history, she attended high school at Dominican Academy, which was a private Catholic all-girls school. And she graduated from the same academy in June 2012. After that, she focused on her acting career.

Makenzie Vega started her acting career when she was just five years old. Then she starred in The Geena Davis Show. In 2000 she played the movie The Family Man where she cast as Annie. 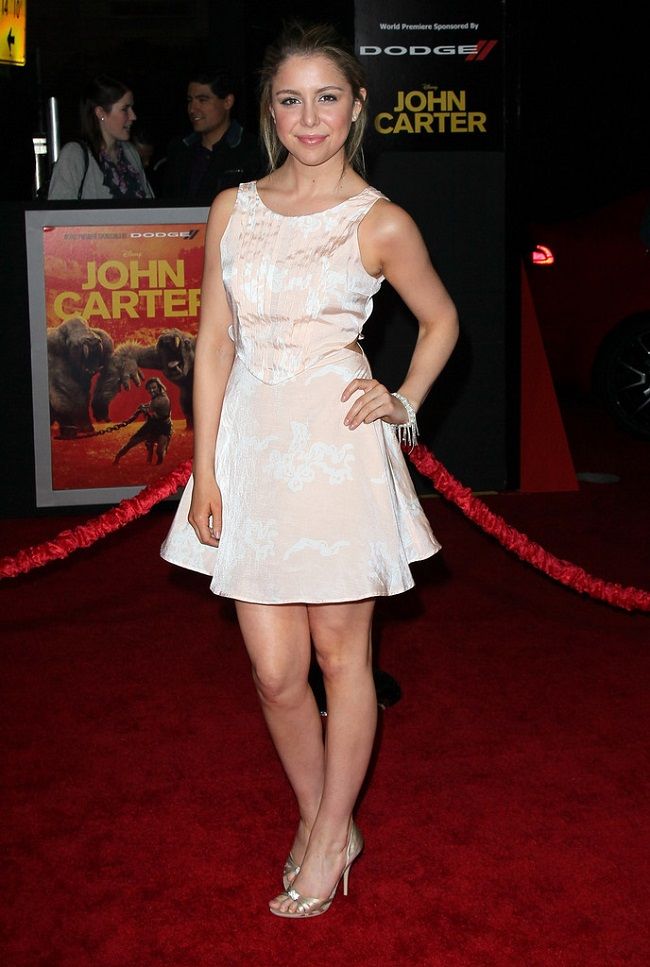 Likewise, Mackenzie played a lead role in the thriller film Fender Bender in June 2016, which premiered on the Chiller channel. Also, she acted in movies like ‘Pretty Little Dead Girl’ and ‘Tomboy’ in 2017.

Furthermore, she also appeared in a hit series ‘13 reasons why?’ in 2018, where she was cast as Sarah Carlin in the episodes “Smile, Bitches” and “The Missing Page”. Previously, she also starred in the series The Good Wife. Currently, she works in ‘Love, of Course’ where she cast the role of Cara Andolini.

Reflecting on Makenzie’s awards and nominations, in 2001, she won a Young Artist Award for Best Performance in a Feature Film – Young Actress Age Ten or Under for The Family Man.

Makenzie Vega has accompanied a great amount of net worth by her profession. She appeared in many movies like Saw, Chestnut: Hero of Central Park, Sin City, Just My Luck, and X-Men: The Last Stand so she has a good sum of salary for her career. Her estimated net worth is around $6 million presently. Likewise, her salary and income are still under review.

Currently, Makenzie Vega is in a romantic relationship with Blair Norfolk. They married on February 4, 2017, in a secret ceremony. Her husband is an Australian model. She announced her marriage after her 23rd birthday in February 2017 at a private ceremony on a beach over the ‘Super Bowl weekend.

Likewise, she shared his picture on Instagram captioning it “This is My Husband”, while her husband posted another image of them showing their wedding rings. Taking an idea from her older sister Alexa, who and her husband had legally adopted the joint surname ‘PenaVega’ following marriage. Further, she and her husband changed their Instagram surname to ‘Vega Norfolk’.

Talking about her past relationships, she was in a relationship with Logan Henderson from 2014 to 2016. He is an American actor and singer. He is a former band-mate of her sister Alexa’s husband Carlos Pena from the Big Time Rush band. The duo reportedly started dating back in October 2014 when they were first seen shopping at one of the local markets in Studio City, California. Subsequently, the duo began appearing together at several awards shows and events, like the 2015 Elton John AIDS Foundation Academy Awards Viewing Party in Los Angeles.

In September 2015, the duo was seen cheering for Alexa and Carlos PenaVega from the audience throughout their performance against each other on ‘Dancing with the Stars’. However, they broke up in July of the following year. 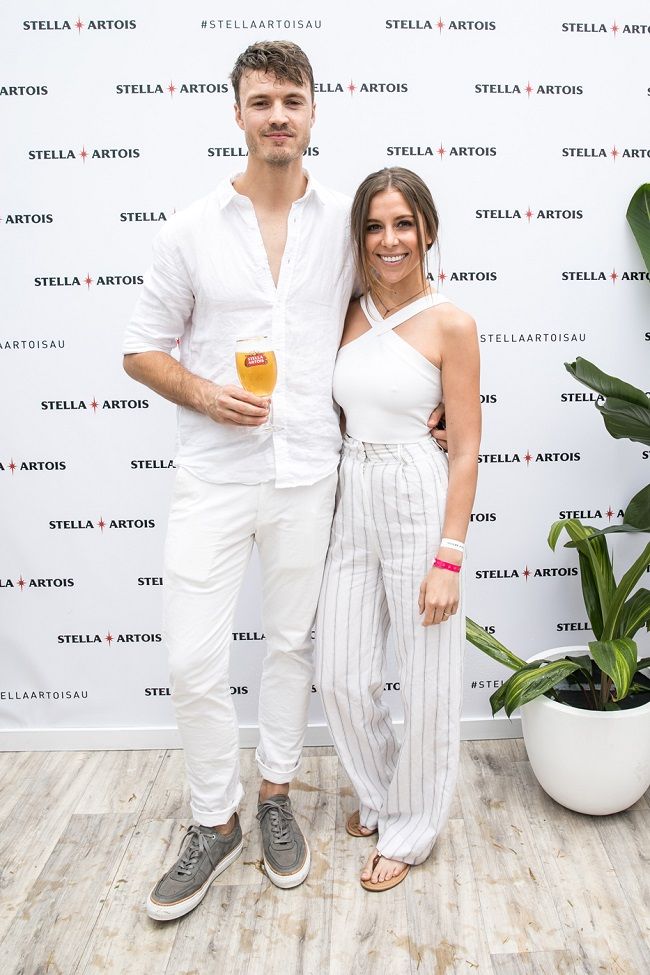 Currently, Makenzie has no rumors, controversies, or scandals regarding her personal as well as professional life. She is well profiled. She is living a good life and keeps herself away from negative markings.

Talking about Makenzie’s body measurements, her height is around 5ft 5 inches (165cm), and weighs around 53 kg. Also, she has an hourglass-shaped body. She has a shoe size of 7 (US). Further, her hair color is blonde and has light brown eyes. Moreover, her chest-waist-hip body measurement is 32-24-33 inches. She also wears a bra size 32C.