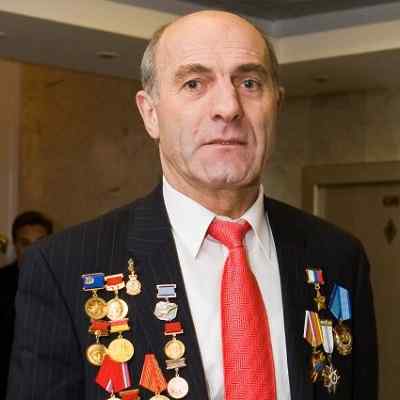 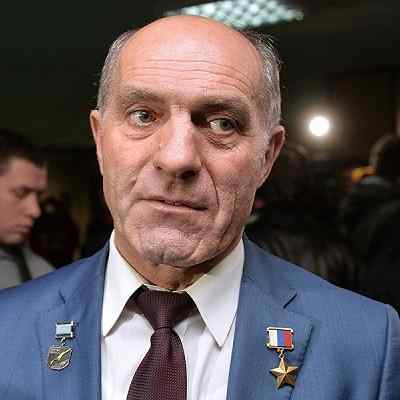 Magomed Tolboyev is a former Russian high-profile Soviet-era test pilot. Magomed Tolboyev initially came to public attention as a test pilot for the Buran space shuttle. He has worked on both civilian and military aircraft in Russia. Likewise, he is an athlete as well.

Megomed Tolboyev was born in the village of Sogratl, Dagestan, Russia, on January 20, 1951. He is 71 years old and holds Russian nationality. And he is under the astrological sign, Aquarius.

His mother’s name is Djamgarat Alievna and his father’s name is Omar Magomedovich. Likewise, Megomed’s mother worked on the collective farm and his father was a chauffeur. Likewise, he has an elder brother of Taygib who was also awarded the title of Hero of Russia. And he has other three brothers and one sister and their names are Shey Magomed Tojiboyev, Ali Tolboyev, Ahmed Tolboyev, and Hadizhat Abduzhalilova. Moreover, he is from the Avar family.

Regarding his educational background and qualification, Magomed Tolboyev was a cadet of EVVAL, Yeisk Higher Military School of Pilots, and graduated in the year 1973. Later, he attended a number of educational institutions. Likewise, he studied at the evening department in Moscow Aviation Institute (MAI), specializing in system engineering in the year 1984.

And, in addition, he graduated from the Higher School of Social Sciences (Higher Party School) in the CB Group in Germany, and also completed a training course at the Cosmonaut Training Center. Moreover, for two years he studied at the graduate school of the Peoples’ Friendship University, specializing in the history of Russia. Also, he is a candidate for technical and historical sciences. 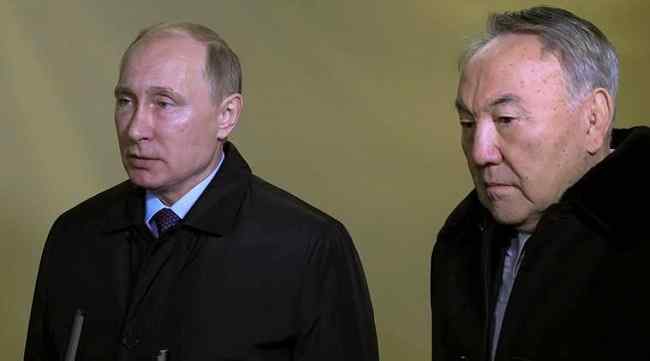 Magomed Tolboyev was in the service in the Soviet Army since 1969. And, since the year 1973, the pilot of the Air Force of the Soviet Union. He also served in the fighter aviation of the Air Force of the Odesa Military District and in the Group of Soviet Forces in Germany and he was the head of a part of parachute training. Likewise, after graduation in the year 1981, the Schoolstest pilots MAP USSR sent to the LII them and since the year 1984 he was the commander of the space ship “Buran”, then he is given the qualification of a test cosmonaut.

Being a test pilot, he flew on such combat vehicles as MiG-25, MiG-29, Su-24, and others. He also worked with a number of new experimental and sports aircraft and he studied them and became the first to climb them to the sky. Also, as a result of his flying and testing work, he managed to solve a number of problems related to aviation equipment, such as the development of methods of air combat. Moreover, repeatedly in his flight practice, there were unforeseen situations, but he always came out of them with honor.

Megomed Tolboyev became a member of the cosmonaut corps of the LII and passed training in the Training Center for Pilots-Cosmonauts named after Yu.A. Gagarin. And, in the course of this training, unique preparatory flights happened. Likewise, for several years he was a member of the USSR national team for aviation sports and in the year 2002, he became a co-founder of “CPC” (“Conversion technologies of space”).

In the year 1990, Omarovich Tolboev got nomination candidate for People’s Deputies of the RSFSR. However, he failed to gain the necessary number of votes. And, a year later, during the putsch, he rose to defend the White House. Likewise, he almost became the head of the Republic of Dagestan, participating in the election campaign and taking second place after the election.

After graduating from the Peoples Friendship University in the year 1993, he actively engaged in politics. In the year 1995, he was a deputy of the State Duma of the first convocation. Likewise, he also becomes deputy chairman of the Committee on Industry, Construction, Transport, and Energy. Likewise, Tolboev served as secretary to the Council of security of the Republic of Dagestan from the years 1996 to 1998. And, in this position, he carried out large-scale work to prevent military operations in Dagestan.

Moreover, in the year 1996, he got offered the concept of ending the armed conflict in Chechnya and he was also a member of the group “New Regional Policy” (NPF). Then later, he participated in the organization of a new faction called “Stability”. Moreover, in the year 1994, he was a delegate of the Constitutional Assembly of Dagestan. And in the year 2012, Tolboyev became a confidant of a presidential candidate. 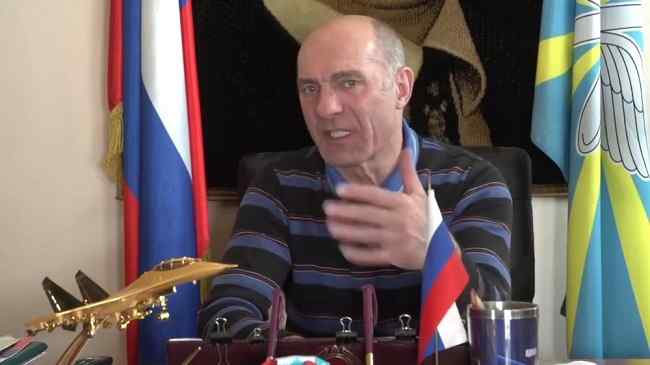 Sports and Vegetable farm in Biryulyovo

In the year 2011, Megomed Tolboyev became the President of the Federationrugby of Russia. And, he is very much fond of various kinds of sports: tennis, football, volleyball, parachute jumps in the mountains and mountain skiing. Also, he was elected as a candidate for master of sports and engaged in freestyle wrestling. Honorary President of the Wushu Sanda Federation in Moscow.

Likewise, in the year 2013, the resonance was spontaneous, which occurred in West Biryulyovo – one of the districts of Moscow. And, local residents were unhappy with the fact that the base employs many illegal immigrants, and they even asked the authorities to remove the vegetable store outside the Moscow Ring Road. Likewise, according to the official version, the organization of the protest was provoked by the murder of Yegor Shcherbakov by an illegal migrant from the Caucasus.

Moreover, in connection with these events, the locals began talking about Tolboyev, since he was at that time the honorary president of ZAO “New Cheryomushki”, which was controlled by the most well-known vegetable store in Biryulyovo. Then, in the year 1992, ZAO “New Cheryomushki” was registered and in fact, the organization is a family business: its cousins ​​also own shares. Furthermore, after this incident, the vegetable base, and soon after the raid the market decided to close.

Magomed Tolboev on the catastrophe in Egypt

Furthermore, the experienced ace gave comments to the National Service news in connection with the tragic accident which is air crash that occurred over Egypt on October 31, 2015. And, according to him, each disaster can have three reasons: crew error, technical malfunction, or external influence. Likewise, as a specialist in the field of aviation, Tolboyev asserts that the aircraft was completely serviceable, and the crew could not become a culprit in this situation.

He leaned toward the third factor that someone interfered with the operation of the aircraft. Likewise, the communication failure occurred as a result of the explosion, at a time when the aircraft was high in the air. That’s why the crew did not have time to report on the ground about the emerging unplanned situation. 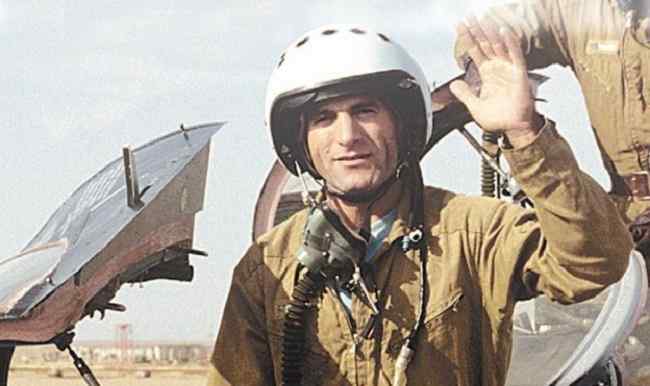 Furthermore, Tolboyev lives and works in the city of Zhukovsky. His professional activities connect with the public, testing, military-expert, political, scientific, and sports spheres. Likewise, to date, he works in the political advisory council under the President of Russia. However, he still does not leave aviation, being the president of the Russian corporation “Aviation”. Moreover, in addition, he is the honorary president of the MAKS airshow, as well as the Wushu-Sanda Federation.

He deserved a number of honorary titles: Hero of Russia, holder of the Order of the Red Banner of Labor. In the year 1992, by presidential decree, he received the title of Hero of Russia for showing heroism and courage in testing aviation equipment. Likewise, Tolboev is a military pilot of the 3rd class, an Honored Test Pilot of the Russian Federation, and a Candidate of Historical Sciences.

Moreover, in the year 1989, Tolboyev got the award of the Order of the Red Banner of Labor. Then, in the year 2006, he became a doctor of historical sciences, Military rank – Colonel of the reserve. Also, in the year 2011, he received the title of “Honored Worker of Transport of Russia” as well. Further, Tolboyev has the Order of Merit for the Republic of Dagestan.

Magomed Tolboyev married Lyubov Tolboyeva. They have three children, two daughters, and one son. The elder daughter, Marina studied in London and graduated from the Metropolitan University there. Likewise, the son, Ruslan is the CEO of the two companies, as well as a shareholder in a number of enterprises. And, the second daughter, Natalia is a fashion designer.

Moreover, the couple met each other when he became a cadet at the Yeisk school. At that time he was practicing in Taganrog. And, in the garrison, they worked his future wife Lubov Vasilyevna – a native Cossack woman. Further, a year after their acquaintance, in the year 1977, they married.

His body measurements such as his height, weight, chest size, and any other sizes are unknown at the moment. And all of those measurements of Tolboyev are still under review. Moreover, he has brown hair which is slowly turning into white and green eyes.

Magomed Tolboyev doesn’t own any social accounts. So, he is not active on social media platforms.

Talking about his earnings and income, according to popularbio, he has an estimated net worth of $1M-$5M.