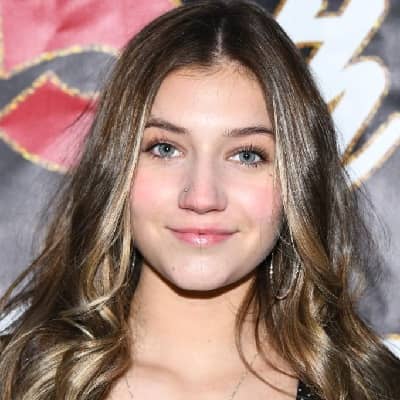 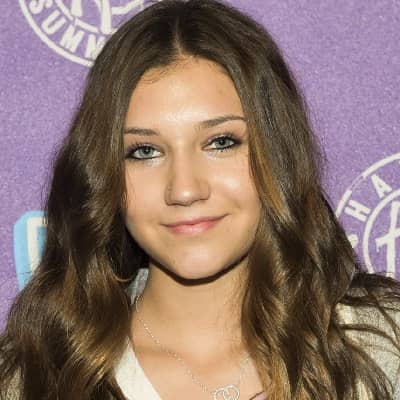 Multitalented and young mads was born on December 24, 2002, in Arizona on Christmas Eve and grew up in California. Her full birth name is Madison Lewis. Her mother’s name is Tiffany Lewis who designs dresses and her father is a construction businessman. Likewise, she is a triplet with her sister Riley who is also a TikTok star, and her brother Dakota also sings on his Tiktok account. She is 19 years old. 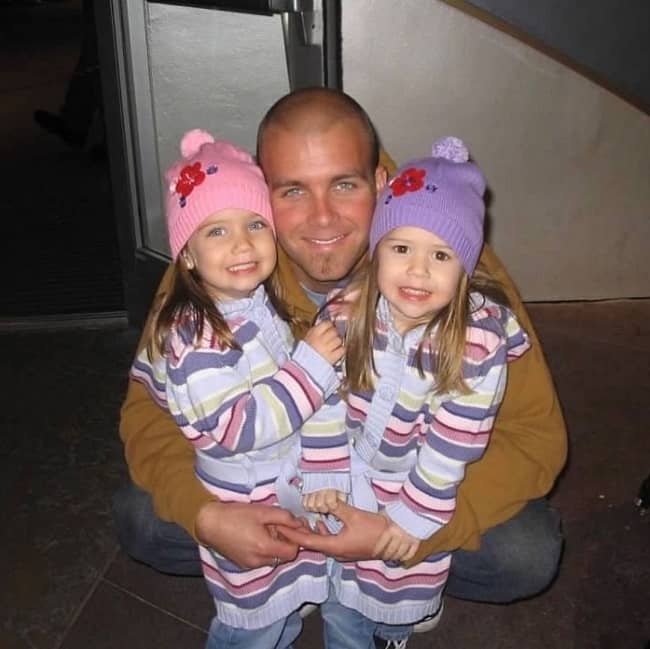 Caption: Mads Lewis with her sister and father when she was a child (Source: Instagram).

She was homeschooled along with her brother and sister in her early days. Later, she joined the public school. Recently, she is pursuing her studies as a high school student. Her highest education institute is unknown. There is no more information about her education.

The 17-years-old young lady got a chance to enter the acting world after her TikTok videos went viral on the net. She joined the net family in her early teens. Later, she initially began to upload her talented videos on the platform only for fun and soon, she became serious along with her work on TikTok after getting immense popularity.

After several months, Mads tasted success and gabbed over millions of fans. As of January 2020, the net celebrity has over 5.5 million fans and 310 million hearts on her official account called “mads. yo”. She includes a self-titled YouTube where she uploaded various reasonably videos including makeup videos and challenges.

She entertains her viewers by posting content like viral game challenges, Vlogs, makeup & fashion videos, Lifestyle videos, etc. Moreover, her first video on the platform is “Couples Challenge.” Published on 16 July 2015 with 225,523 views. A number of her popular videos are “Opening my fans Snapchats”, “Get Ready with me Prom Edition Sponsored by David’s Bridal”, “This or That”, etc. Likewise, Lewis is known for her role in the “Chicken Girls” web series and film.

Caption: Mads in her show “Chicken Girls” along with her co-actors (Source: Youtube)

She is also portrayed as a passionate and competitive dance team captain “Bridie Kaye”. The role of “Bridie” was respired in the intern-in-Chief (2019). Her debut film was the comedy, Alxender IRL(2017) where she was cast as “Lady Maybelline”. In the same year she appeared in the TV documentary series “ Freaky Followers” and “Teens Wanna Know”. In June 2018, she was a guest on the season one premiere of “Brat Chat”.

However, she hasn’t received any awards yet but she might be awarded later for her work.

As she has various sources of income such as Google Adsense, Brand Endorsements, Acting in Shows & TV Commercials, Paid Content, Sponsorship, etc. Currently, she is earning very well, and shortly, she will earn more. Therefore, talking about her net worth, Mads Lewis’s worth is 1.5 million USD.

Currently, she is dating Tiktoker Jaden Hossler since 2019 and they two have collaborated on several videos. Furthermore, Lewis was with Instagram star Charles Gitnick previously from 2018 to 2019 and she was also with actor Caden Conrique.

Talking more about her, there are not any rumors about her personal and professional life. Moreover, she has never been involved in any controversy in her career to date and it seems like she has full focus on her career. 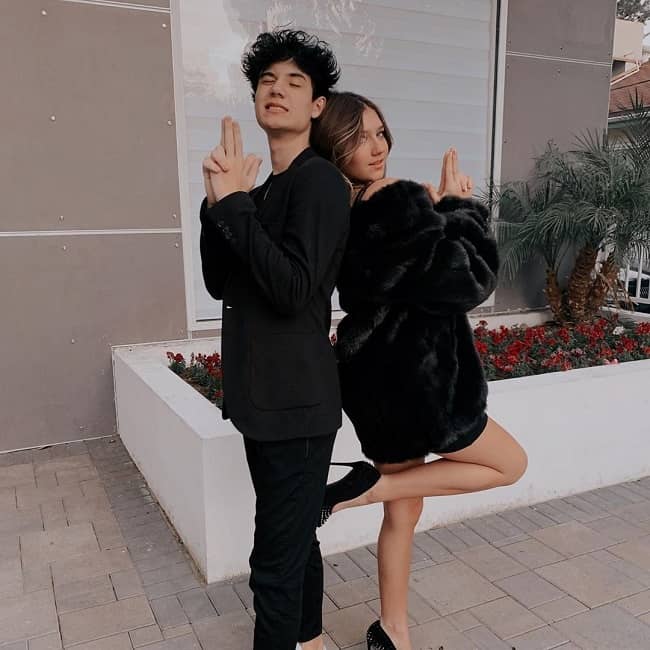 Caption: Mads with her Boyfriend posing for a photo (Source: Wallpaper Cave).

Likewise, Lewis has a standard straight body personality her body height is 5 feet 4 inches(163 cm). Similarly, her weight is 55 kg (121 lbs). She has a good body figure and her body measurements (Breast-waist-hips) are 36-24-36. She is attractive having hazel color eyes and her hair is blonde.