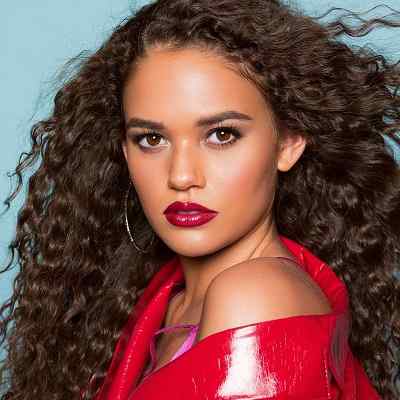 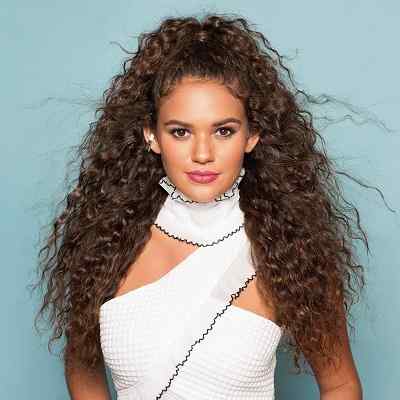 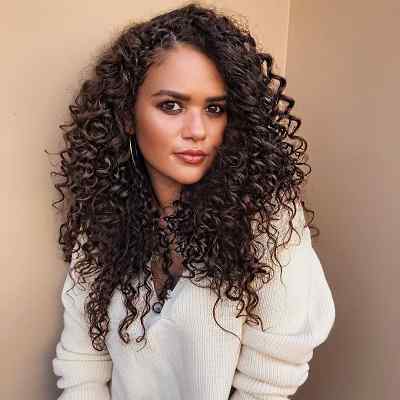 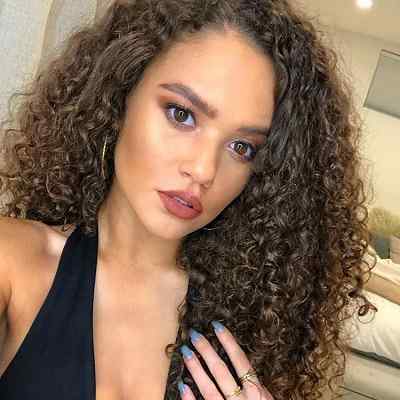 Madison Pettis is a famous American model, actress, dancer, and voice actress. Madison Pettis gained recognition as Sophie Martinez on ‘Cory in the House’ and played a football star’s long-lost daughter in the 2007 film ‘The Game Plan’.

Madison was born as Madison Michelle Pettis on July 22, 1998. As of the year 2022, she is 23 years old. She was born in Arlington, Texas, to Steven and Michelle Pettis. Her father is an African-American and her mother is of Italian, French, and Irish descent. Similarly, she has an older brother named Steven Pettis Jr.

Since early childhood, Madison Pettis showed interest in modeling and acting. She got a lot of encouragement from her parents to start a successful career in the media industry. Curiously, it was not her own performance that introduced her to the media world but her mother’s. 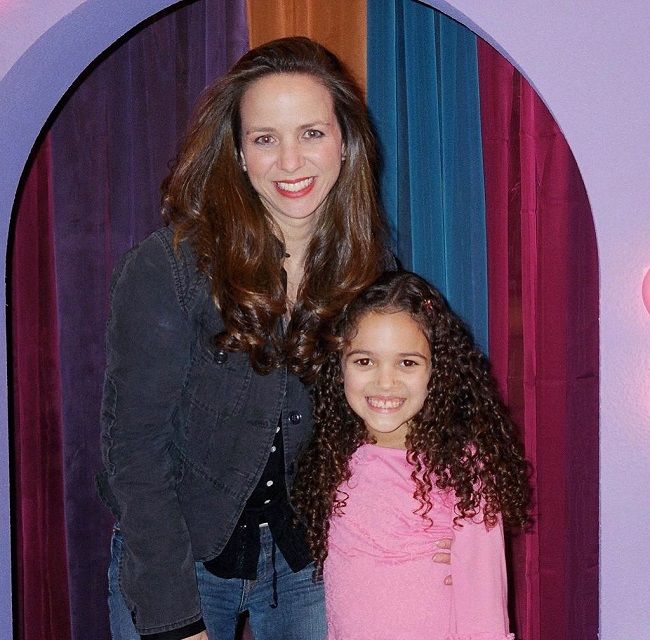 Madison was first noticed when her mother entered into an annual cover search held by FortWorthChild, a local parenting magazine. Therefore, from that she began modeling and acting in commercials; she had an agent and a website from the age of five. Early in her career, Pettis appeared on ‘Barney & Friends as Bridget’, in 2005 and 2006, in which she sang, danced, and acted.

Moreover, she has modeled for ‘Love Pastry’ with Alli Simpson and Cody Simpson. Madison won her first major role in 2006 when she was cast as Peyton Kelly, the long-lost daughter of Dwayne Johnson’s quarterback character, in the 2007 ‘Disney film The Game Plan’. In 2007, she was cast as Bailey Bryant, the sister of Corbin Bleu’s character, in the 2008 film ‘Free Style’.

Further, she had a small role in ‘Dr. Seuss’ Horton Hears a Who!’ and had a role in ‘A Muppets Christmas: Letters to Santa’ in 2008. Moreover, she also had a small role as Lorena in the 2008 Will Smith film Seven Pounds. Pettis starred in the 2008 direct-to-video film ‘Mostly Ghostly: Who Let the Ghosts Out?’, and its 2014 sequel ‘Mostly Ghostly: Have You Met My Ghoulfriend?’, playing the role of ghost Tara Roland.

Similarly, she starred in ‘Cory In The House as Sophie’, the president’s daughter, and appeared in one episode of ‘Hannah Montana’ playing the same role. Madison portrayed ‘Isabelle Tyler’ in an episode of The 4400. She was also the 2007 Disney Channel Games commentator. And had a voice role in the Disney Channel animated series Special Agent Oso.

In 2009, Pettis appeared as herself on the syndicated version of the game show ‘Are You Smarter Than a 5th Grader?’. In 2011, Pettis landed two main roles: the voice role of Izzy on the animated series Jake and the Never Land Pirates; and Allie Brookes on the Canadian television series Life with Boys. Similarly, in 2012, she began a recurring role in the Disney XD series Lab Rats.

Pettis confirmed via Facebook that she would be guest-starring in ‘The Fosters’ on October 19, 2014. In 2015, she was cast in a voice role in the Disney Channel animated series ‘The Lion Guard’ and its television movie precursor ‘The Lion Guard: Return of the Roar’. 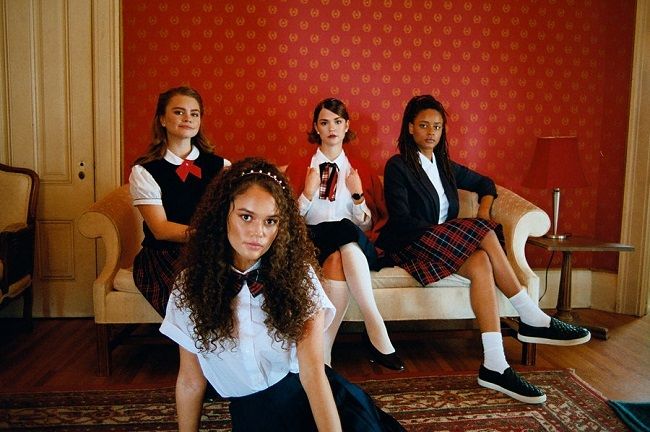 Speaking on her personal life, she began dating basketball star Michael Porter Jr in February 2017. There are no further details regarding their relationship. Similarly, no controversies related to her professional life have ever been reported in the mass media. However, Madison Pettis has attracted headlines due to her affairs with several men.

She had a long dating history starting when she was very young. She first started dating the famous American TV actor Bryce Cass. The relationship did not last long due to personal differences and she started dating Jaden Smith. Madison and Jaden Smith separated after a public spat that was widely reported in the media. Moreover, she was rumored to have a fling with actor Cameron back in 2013.

Madison is a pretty girl with an amazing personality. She stands a height of 5 feet 2 inches tall and weighs around 53 kilos. She boasts of a fantastic figure. Therefore, her chest-waist-hip measurements are 34-24-36 inches respectively. Moreover, she has a pair of dark brown eyes and black hair. The size of her dress is 6 (US) or 38 (EU) and her shoe size is 6 (US). Further, she has a pair of brown eyes and curly brown hair. 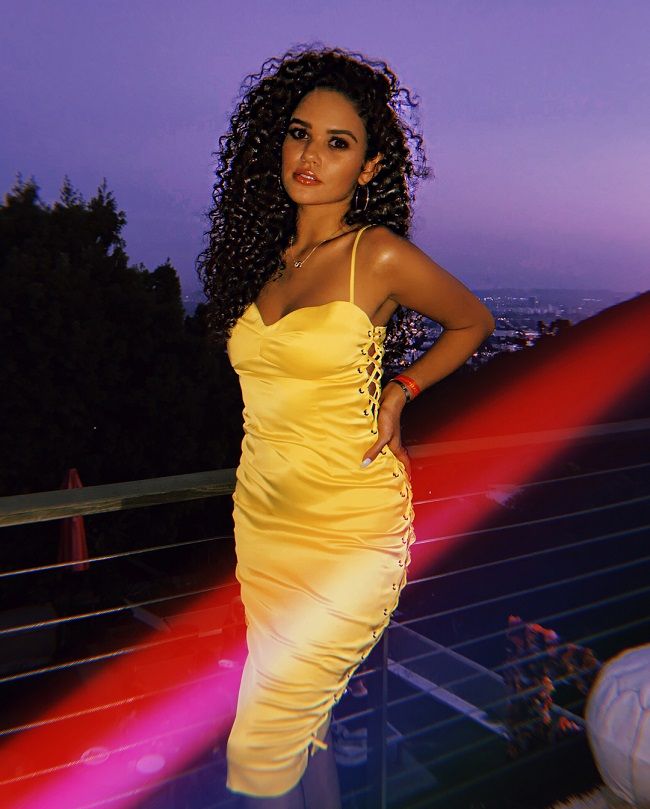 This amazing actress is sure to pocket a good amount for herself. She has a net worth of around $500K as of now. Her earning is sure to rise with the growth of opportunities.