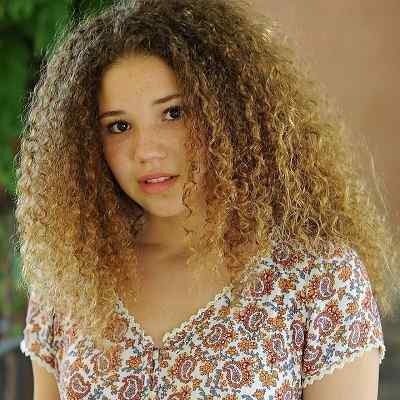 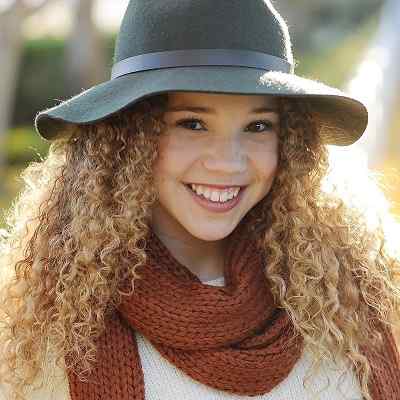 Madison Haschak is 22 years old. She was born on June 27, 2000, in California, under the astrological sign of Cancer. Likewise, her mother’s name is Kathy, and her father’s name is John Haschak. She has three siblings: sisters named Olivia, Sierra, and Gracie. Her full name is Madison Daisy Haschak.

Talking about her nationality, he belongs to American nationality. Further, she might be currently studying University looking at her age. However, her information regarding educational background is not available. At two years old, she began training in dance. Similarly, she completed her first dance solo at age seven. 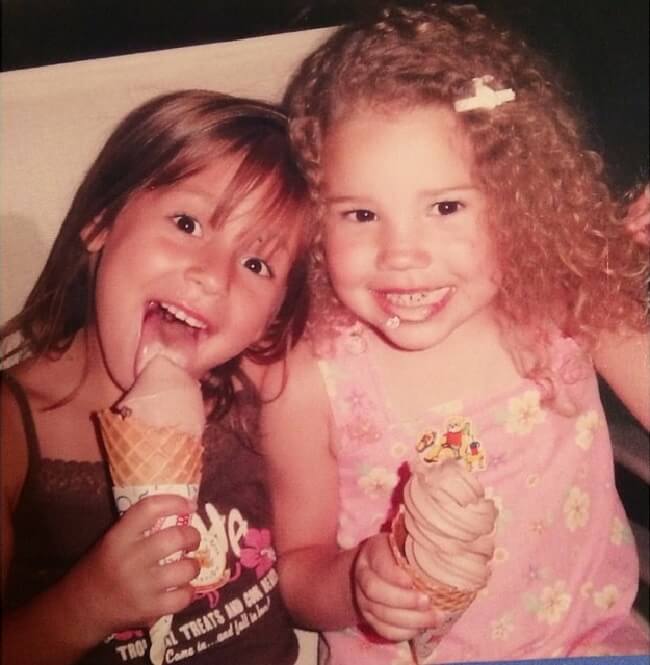 Caption:Madison Haschak on her childhood picture with her friend on the left side (Source: Instagram)

Professionally, Madison Haschak is definitely one of the most talented dancers. He has won numerous awards and competitions after beating put thousands, she is well on the path to glory. She has left everyone in awe with her outstanding dancing skills and styles. She started dancing at the age of two. Similarly, she got trained with the Temecula Dance Company where her mother, KathiHaschak, worked as the studio manager.

Likewise, she started gaining fame when she started uploading videos of herself performing to covers and original songs. She is a very talented dancer where she has featured with her sister Gracie Haschak in the MattyBRaps music video, ‘My Humps.’ She even involved as a dancer in the video game ‘Just Dance 2.’ In addition to this, she has even performed on stage renditions of ‘The Nutcracker’ and ‘The Perfect Gift.’

She does not always perform a solo dance; a lot of times, she has performed with her three sisters. This Haschak siblings have never disappointed and are always giving cracker performances. She along with her three sisters has created a YouTube channel Haschak Sisters on February 5, 2008. However, this beautiful and talented sibling did not upload any video until 2015. They posted the first video titled ” Kanye West – Clique (Haschak Sisters & MattyBRaps Cover),” on April 13, 2015.  Their absolutely gorgeous dance performance garnered almost 43,316,401 views.

Some of their original music videos include “Haschak Sisters – OKAY,” ” All Eyes On Me (Music Video),” “Text Him Back,” “Call It A Day,” ” Anything You Can Do I Can Do Better,” and more. They even upload challenges, behind the scene, carpool karaoke, and much more content video on the channel. 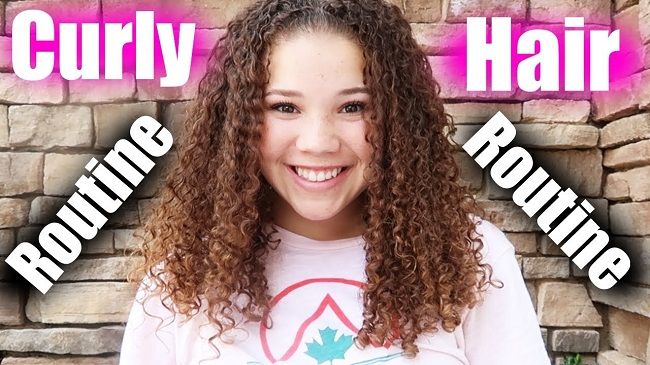 Even though she has exceeds herself with every performance, the highlight of her career was when she performs with Sophia Lucia at the MDA Show of Strength. She has even won several dance competitions such as the overall secondary 8 and under the solo, junior solo in San Diego, California, extreme junior solo at the Primetime Dance Competition in Pasadena, California. She has also been placed as the runner-up in 2008 overall primary 8 and under the solo, 2012 overall junior American League Solo, 2013 teen American League Solo and the 2014 teen extreme solo in the Prime Time Dance Competition in Pasadena, California.

Following her talent in dance, she has garnered good attention from social media. Likewise, her personal Instagram handle has almost gained 504k followers. Apart from that, she is an actress, famous for Haschak Sisters: Girl Power (2018), Haschak Sisters: Perfect for Me (2019), and Haschak Sisters: Sorry (2015).

Speaking on Madison Haschak’s earning, she is a talented dancer who has garnered good fame being featured on joint YouTube channel Haschak Sisters.  Her Haschak Sisters YouTube channel has gained a net worth of around $12 million. Further, her solo earnings are not available on the web. Thus she has estimated her net worth around $1 million-$5 million. Therefore, she is living a generous life with good earnings.

Reflecting on Madison Haschak’s love life, she is in a relationship with a guy named Jonathan Fuller. She often uploads photos with her boyfriend on Instagram. They have been posting duo pictures on their respective social media handles since the past 2018. They are very happy with each other and share a very good bonding which reflects through their photos. 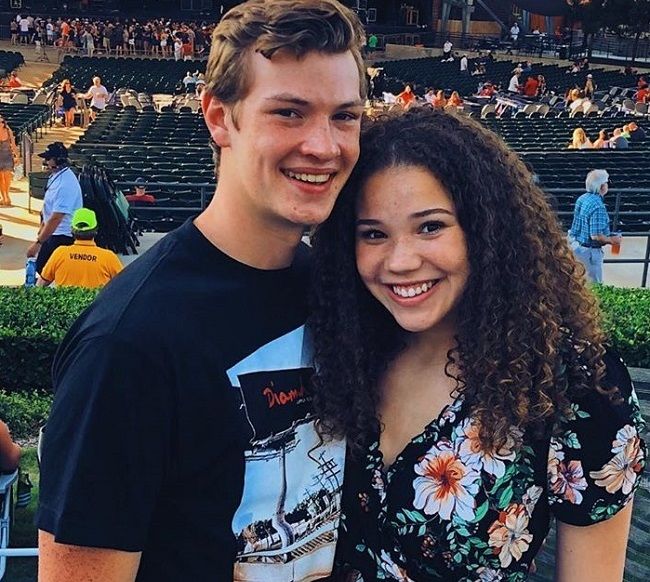 Caption: Madison Haschak posing with her boyfriend for a photo (Source: Instagram)

Therefore, she has not involved herself in any kind of controversy and rumors on her personal as well as professional life. With her good fame on the web, she has maintained a good profile.

Madison Haschak stands a good height of 5 feet 5 inches tall (1.69 m) and weighs around 60 kg. She looks very beautiful with curly brown hair. Likewise, she has a chubby face which is very cute and has a pair of dark brown eyes.