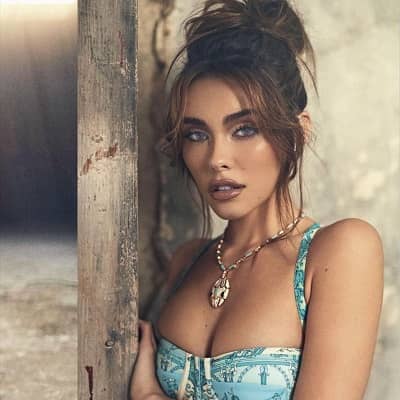 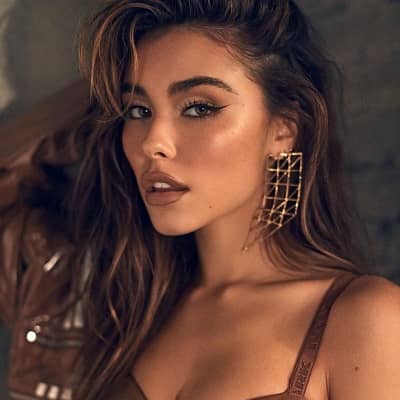 Madison Beer is a singer and songwriter from New York. Madison Beer is also a musician who can play various instruments like the guitar, drums, and piano. As of now, the singer is serving on the release of her 1st album which mostly includes R&B songs.

The musician’s birthdate is March 5, 1999, and his birthplace is Jericho, New York. Madison is an American citizen and is of Jewish-Ashkenazi ethnicity. Likewise, Madison’s current age must be 23 years old and her sun sign is Pisces.  Also, her full name is Madison Elle Beer and she follows Judaism. Her father, Robert Beer is a luxury home builder and her mother, Tracie Beer is an interior designer. She also has siblings and his name is Ryder Beer. Sadly, Madison’s parents divorced each other after her brother came into this world. After that, Madison Beer started living with her mother, and also she often visits her father.

Then, her dad got married again to another woman. From a very early age, Madison Beer was showing her interest in music. Also, she loved singing and performing on different occasions as well. Madison always had a dream of becoming a singer and she learned to play various instruments like piano, drums, and the guitar from music books and the internet at the same time. Regarding the singer’s education, Madison was homeschooled for some years. Then, she went to Jericho Middle School in the year 2012. 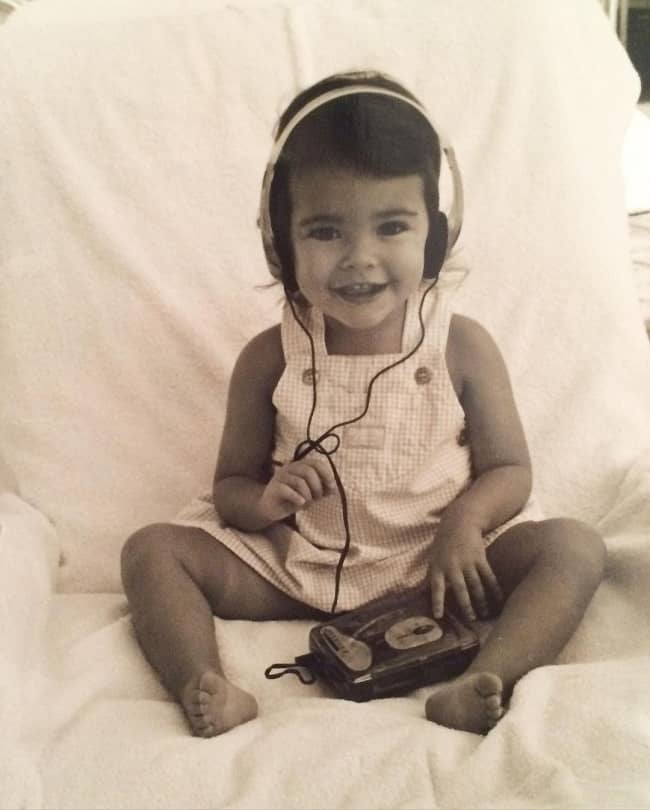 Caption: Madison Beer when she was a kid (Source: Instagram)

Madison Beer began her singing career first by posting the classic song “At Last” by Etta Jones on her YouTube channel on 1st May 2012. After two months, Madison tweeted a link to the song with the caption, “Wow. 13 years old! She can sing. Great Job” from Justin Bieber in July 2017. Then, Madison Beer started grabbing more attention from the public and most of them from Justin Bieber’s fans. After that, Justin Bieber even went on to meet Madison and signed her personally to the famous Island Records label. Madison was also given the offer of Bieber’s manager, Scooter Braun.

The artist then began creating her professional career and was working together with Monster High and recording the theme song for the franchise “We Are Monster High. Similarly, Madison’s vocal was there in Cody Simpson’s re-released singing “Valentine” in February 2013. It was presented on Radio Disney. On 12th September 2013, Madison came up with her 1st single and its music video “Melodies” where Justin Bieber was also present. Then, she brought her 2nd single “Unbreakable” on 17th June 2014. Madison also brought 2 more singles “All for Love” and “Something Sweet” in the year 2015. On 24th February 2015, Madison was present in the song “I Won’t Let You Walk Away” by DJ Mako.

Similarly, on 2nd February 2018, Madison’s first enlarged play “As She Pleases” came out and took 3 years to complete. The play adds her several hit songs such as “Dead which was out on 9th May and her 2nd single, “Say It to My Face” on 3rd November. Madison Beer’s 3rd single “Home With You” reached #21 position on the Billboard Mainstream, Top forty chart. It also helped her to become a female solo artist without a main music label in August 2018 in the chart. On 2nd August 2018, Madison came up with her official festival appearance at Lollapalooza in Chicago.

Then she brought out her famous song “Hurts Like Hell” on 9th November 2018 where the rapper Offset was also present. Similarly, Madison brought out her other single “Dear Society” on 17th May 2019. The singer was then present on DJs Jax Jones and Martin Solveig’s “All Day and Night” and on DJ David Guetta’s “Blame It On Love”. Madison declared that she made a deal with Epic Records. Her single “Good in Goodbye” was out in January 2020 after her other single “Selfish” and the promotional single “Stained Glass” was out. It is also from her upcoming album “Life Support”. Moreover, Madison was also present as Amy in the family movie “Louder Than Words” in the year 2013. 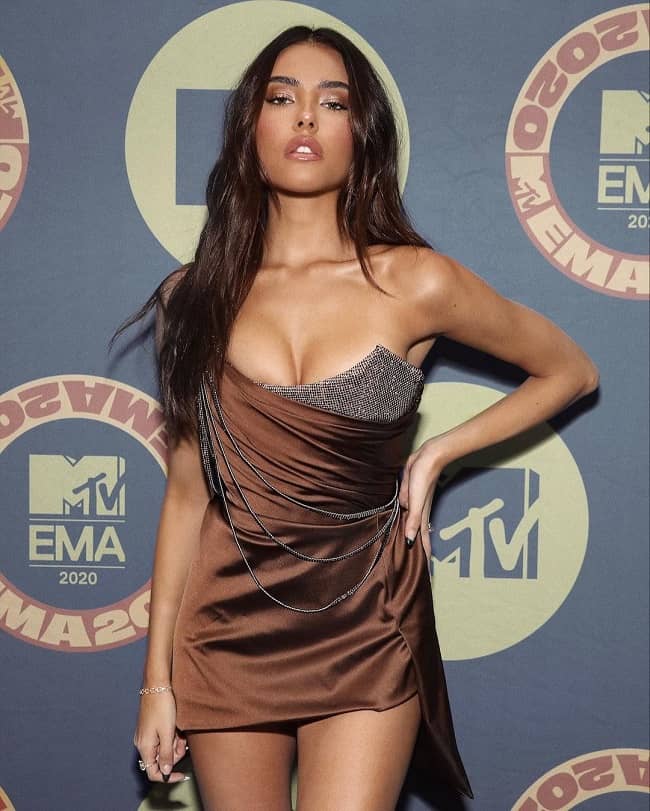 Madison Beer is doing a great job in her professional singing career. The talented artist, Madison Beer has an amazing net worth which she earns from her music sales, public appearances, endorsements, tours, and also from her popularity all over social media platforms. Madison Beer’s estimated net worth of about 3 million as of 2022. It is for sure that, Madison’s net worth will increase by a good amount as she works hard in the future just like she is presently doing.

Madison Beer’s vocals and songs are mostly about her romantic life. Also, Madison shares most of her moments with her fans on her social media accounts. The American artist has been together with several men to this day. However, her relationship with the social media personality, Jack Gilinsky was high in the air. The couple were dating each other for more than one year in 2015 and broke up in the year 2016. Eventually, they again got back in 2016 and again ended it in the year 2017.

Madison Beer called after an audiotape of Jack abusing her was all over the internet, which is now not in the air. In the recording, Jack told her “f–king slut” after Madison made a joke about his music as “sh-tty”. Also, Madison’s annoyed fans lashed at her for keeping the tape private. In a reply, Beer was still silent because she has hoped to improve his habits. In the end, Madison Beer backed down and declared their separation as she was not able to change him.

In the year 2017, the singer then started dating Brooklyn Beckham who is the son of David Beckham and Victoria Beckham. However, they broke up in August 2017. At this time, her fans also believed that she could be in a romantic relationship with the Instagram star, Claudia Tihan after a video of her kissing Claudia was all over the internet. As of now, she is in a relationship with the Instagram star, Zack Bia since the year 2017. Before being in the relationship, the duo was just friends for some months. 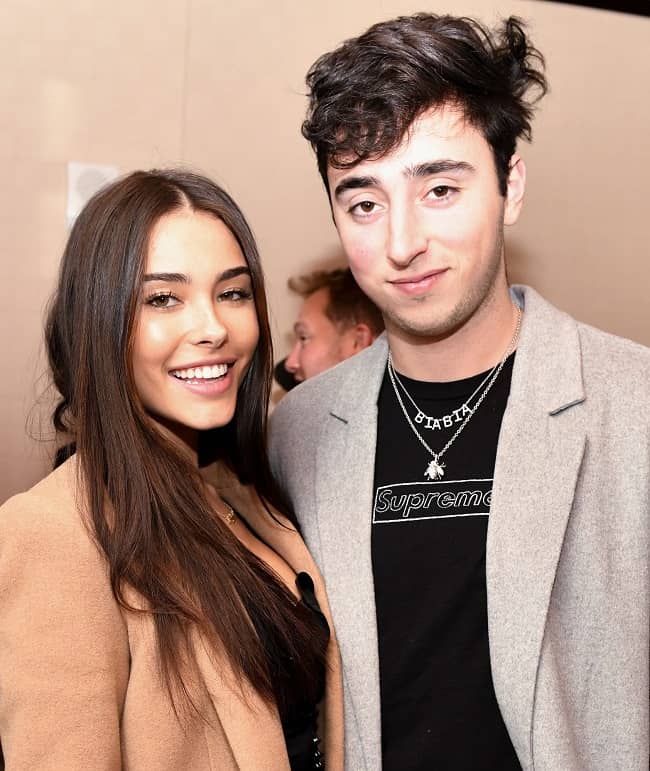 Regarding the talented artist’s physical appearance, Madison has blessed a well-maintained and fit body type just like her perfect music. Madison has a suitable bodyweight of around 53 kg or 117 lbs. Similarly, Madison has an average height of 5 feet 5 inches or else 165 cm or 1.65 m. Also, the singer’s body measurements are 34-25-33 inches. Talking about Madison’s wear, she wears a shoe size of 7.5 (US) and a dress having a size of 2 (US). Moreover, the beautiful singer has a fair complexion with a pair of hazel eyes and a pair of dark brown.