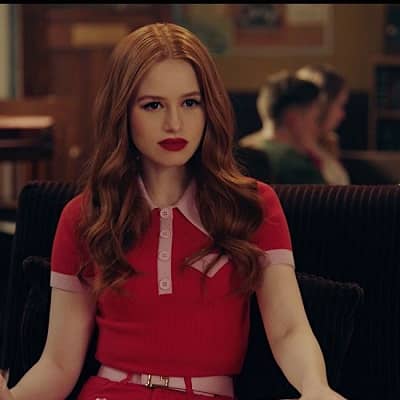 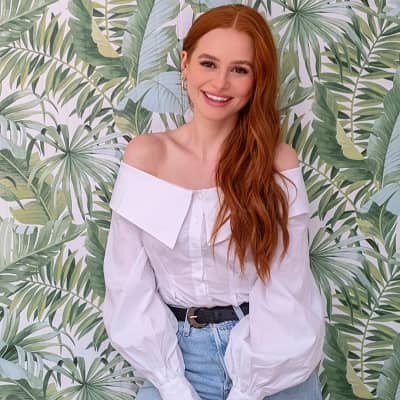 Madelaine Petsch is better known as an American TV and film actress. Madelaine Petsch was able to come to recognition in the Hollywood industry through a movie. She was featured in the scientific thriller movie named, The Hive in the year, 2015.

Petsch was born with the birth name, Madelaine Grobbelaar Petsch. Her birthplace is in Orchard, Washington, United States. She was born on August 18, 1994. Moreover, her parents’ names are Timothy S Petsch and Michele Petsch, Her parents are from South Africa. Currently, she is 27 years old with the astrological sign, Leo. 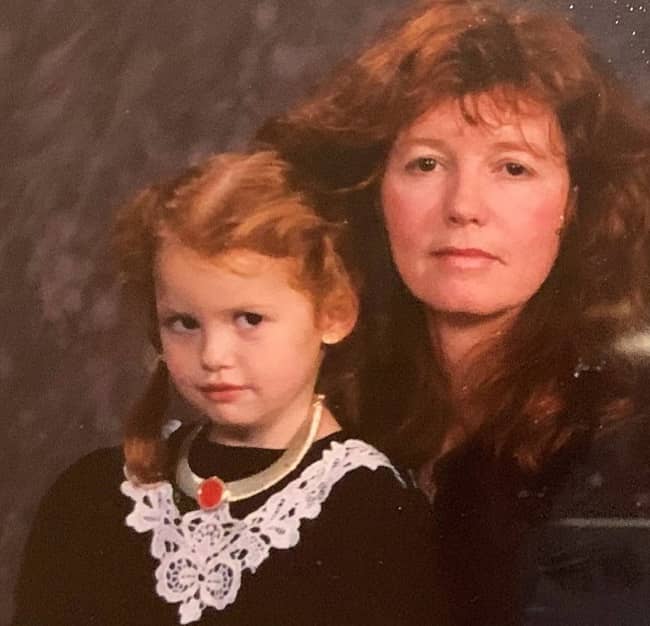 Caption: Petsch during her childhood with her mother (Instagram)

Likewise, she has a brother, Shaun. She belongs to the American nationality and Afrikaner ethnicity. Till the age of ten, she used to divide her time between South Africa and Washington.

Talking about her educational background, Petsch attended the Tacoma School of the Arts for her high school studies. After she graduated from school, she and her family shifted to Los Angeles. This was when she was eighteen years old. The decision of moving to LA was also for her acting career.

Since the age of three, she had initiated taking part in dancing classes. After two years, she then enrolled in theater classes as well.

Initially, Madelaine made her acting debut by playing a small role in the TV film The Hive (2015).  After a year, she played a lead role in a Benny Fine movie. Later on, she gave her appearances in Instant Mom, The Curse of Sleeping Beauty. The Curse of Sleeping Beauty is an American fantasy horror film. In 2017, she played the role of Sarah in a  movie, Polaroid. The movie was released in 2019.

Furthermore, she kept on progressing and appeared in Riverdale as Cheryl Blossom. She played the role of a rich teenage girl. Riverdale is a teenage drama series. It was started in the year, 2017 and is still running in the present. Recently, she has been involved in Sightless as Ellen in 2020. 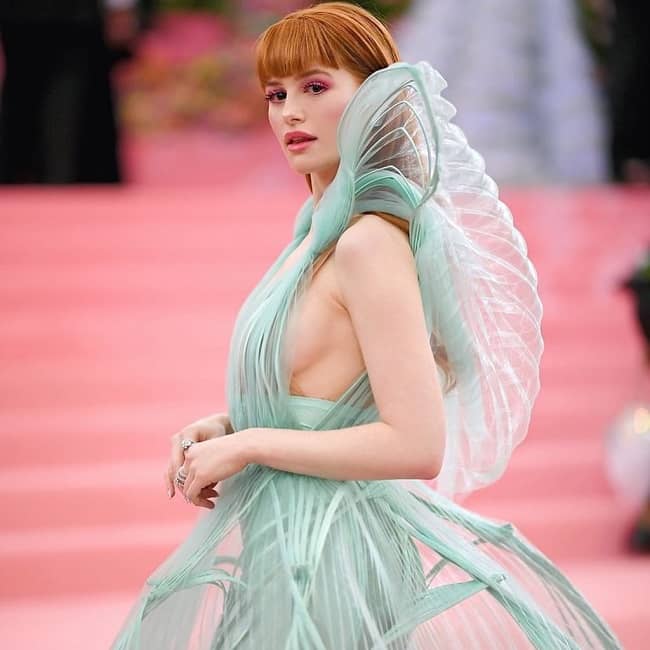 Apart from this, she has collaborated with a sunglasses company, Prive Revaux. And also, she has released her collection of sunglasses.

Besides, the talented celebrity also runs a YouTube channel. She claimed that she created the channel because of inspiration from her fans. Further, she wants to let them know the real her outside of acting.

How many awards and nominations has she received?

Earlier in 2017, Madelaine won a Teen Choice Award for the category of Choice Hissy Fit.  Similarly, she was the winner of the title Scene Stealer in MTV Movie & Awards and Choice: Hissy Fit in 2018.  All the awards were for the movie Riverdale (2017).

Talking about the year  2019, she was nominated for three titles, The titles are Breakout YouTuber of the Year of Shorty Awards, Best Musical Moment of MTV Movie & TV Awards. And the third one is the Choice Chip of Teen Choice Awards (Riverdale).

Earnings, net worth, and salary

By the sources of information, it is estimated that the actress has a net worth of nearly around $1 million. On the other side, her annual earnings through her YouTube channel are evaluated to be between the range of $9k and $143.7k.

On top of that, the approximate salary of the celebrity is from $19k to $210k on average per year. However, she has not revealed her personal belongings as well as other endorsements.

Is Petsch in a relationship with anyone?

Formerly, Madelaine was in a relationship with Travis Mills. Travis Mills is one of the prominent musicians. The ex-couple dated for almost three years. Unfortunately, they have already separated now.

At present, the well-known diva does not seem to be in a relationship with anyone. Maybe she wants to give herself time regarding her matters and love relationships as well. 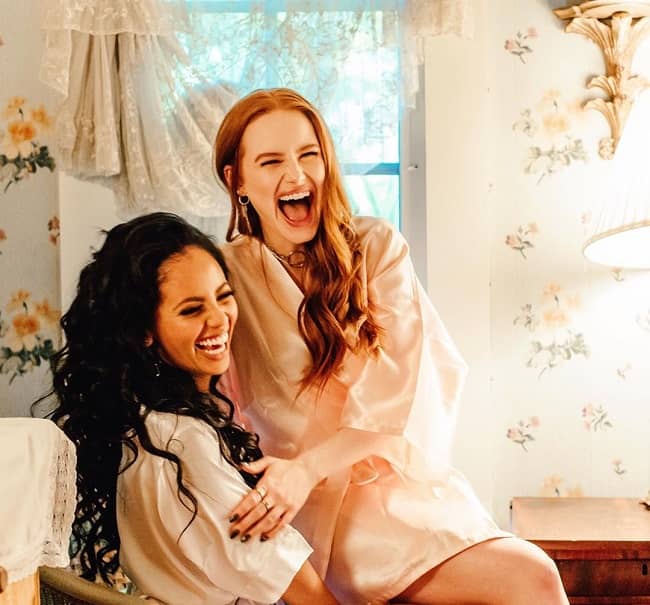 Caption: Madelaine Petsch with her bestie(Instagram)

Into the bargain, Madelaine’s exact body measurement is 32-24-34 inches. By the same token, her height is 5 feet and 6 inches. While she weighs more or less 54 kg. In addition, her hair color is light brown colored. In closing, she has brown colored eyes. Nevertheless, she has not disclosed other details such as her dress size and shoe size.

Additionally, she is highly active on most social media platforms. The famous personality has more than 682k followers on her verified Facebook account. Astonishingly, she has 20.2 million followers on her verified Instagram account. People can find her on Instagram with the name @madelame. In total, she has already posted 479 pictures and some videos among those posts as well.

Moreover, Petsch also has a verified Twitter account. With the username, @madelainepetsch, she has amazingly 2 million followers on it.