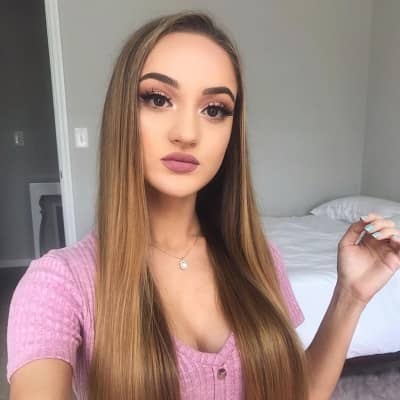 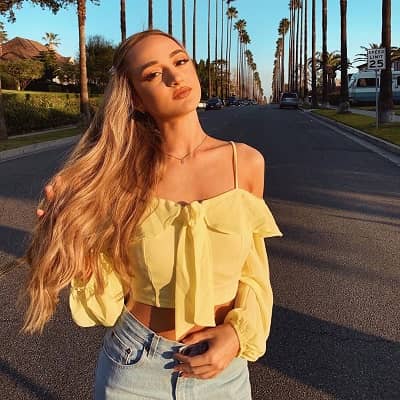 Maddie Joy is an American social media content creator. Maddie Joy is popular for her challenge videos, tags, and vlogs which she posts on her channel. Likewise, her YouTube channel is ‘Maddie Joy’ and has 206k subscribers in it.

Maddie Joy was born on 24th November 1998 and is currently 23 years old. Her zodiac sign is Sagittarius.

Likewise, she was born in Akron, Ohio, United States of America, and holds American citizenship.

Similarly, talking about her ethnicity and religion, she belongs to the Caucasian ethnic group and follows Christianity.

Being a social media personality, she is discreet and reserved in nature. Likewise, she has not given any information about her personal life.

Similarly, there is no information about her parents and family available in the media. Likewise, she has one younger sister who often features on her social media handles.

Talking about her childhood, she has been a makeup and fashion enthusiast from an early age.

Furthermore, regarding her educational background, she is a high school graduate. However, there is no information about the educational institute she is enrolling in.

Moreover, she has more than 201k subscribers on her self-titled YouTube channel.

Regarding her relationship status, Maddie is straight and in a loving relationship. She is dating fellow Youtuber Elijah Wireman.

They started dating in April 2016 and are deeply and madly in love with each other. Moreover, they have a collaborated channel on YouTube ‘Maddie and Elijah’ and have over 1.96 million subscribers in it. 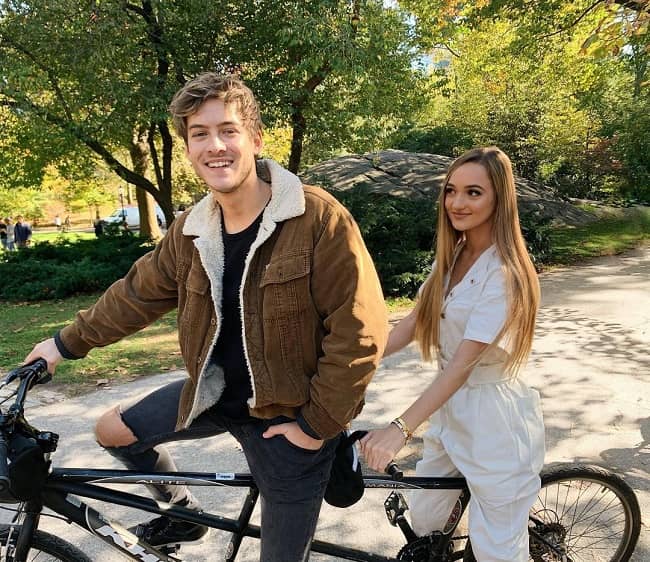 Moreover, she started her social media journey through her self-titled channel.

She started her ‘Maddie Joy’ channel on 14th March 2014 and has over 206k subscribers in it. Likewise, her channel is popular for beauty-related content, fashion hauls, and makeup tutorials in it.

Followed by this, she posted ‘OLIVE GREEN SMOKEY EYE TUTORIAL!’ on 4th January 2018, and has 32k views on it.

Moreover, she has posted 71 videos on the channel and has over 7.1 million views on it.

Likewise, her most popular video on the channel is ‘WEARING LONG ACRYLIC NAILS FOR THE FIRST TIME!!!’ she posted this video on 17th February 2020 and has over 435k views on it.

Moreover, besides this channel, she started her collaborated channel ‘Maddie and Elijah’ on 19th June 2016 and has over 1.96 million subscribers in it.

In this channel, they post a couple of challenges, tags, Q&A, and related content in it. Likewise, they have posted 369 videos on the channel and have over 315 million views on it.

Similarly, their most popular video on the channel is their ‘HOW TO KISS! * TUTORIAL*’. They posted this video on 15th December 2017 and have 27 million views on it. 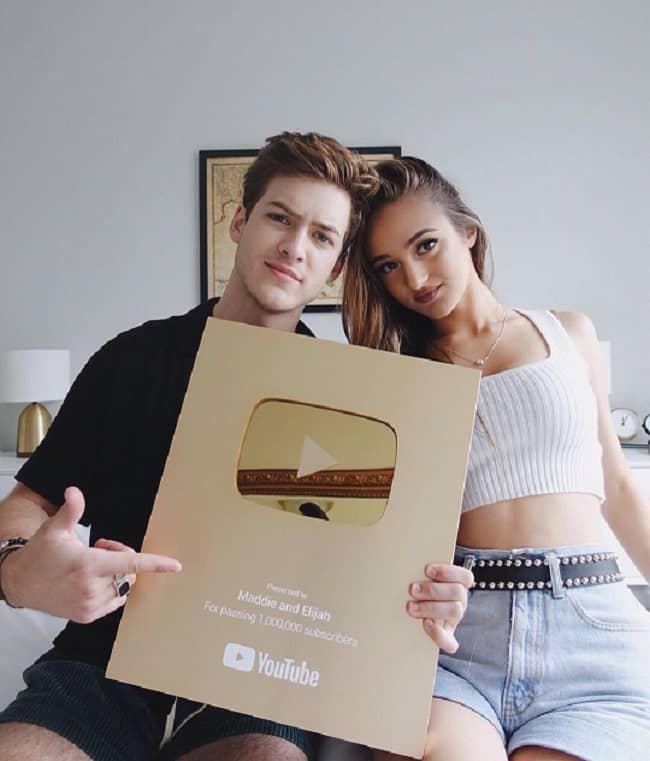 Talking about her net worth and earnings, Maddie is a social media personality who is a popular content creator on YouTube.

Likewise, she is popular for the beauty and lifestyle content she posts on the channel. Similarly, her primary source of income is through her YouTube channel.

Moreover, she has received the golden button from YouTube for her collaborative YouTube channel along with her boyfriend.

Likewise, talking about her net worth, her net worth is around $1 million. However, there is no information about her asset values available in the media.

Likewise, she has a slim body type and her body measurement is 32-28-35 inches. Similarly, Maddie has fair skin with dark brown pair of eyes and light brown hair color.