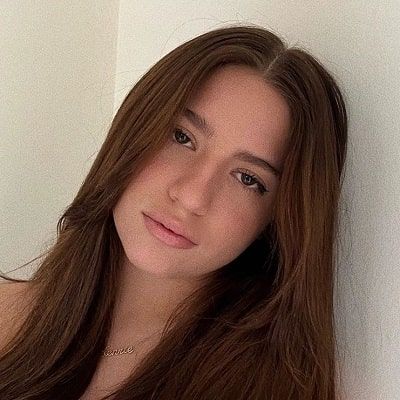 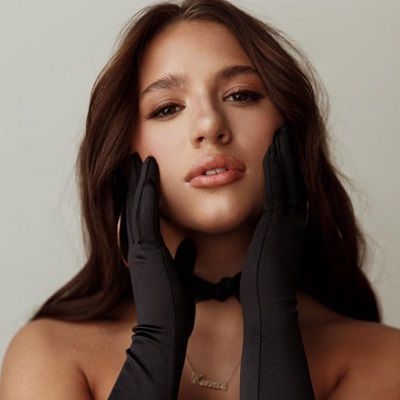 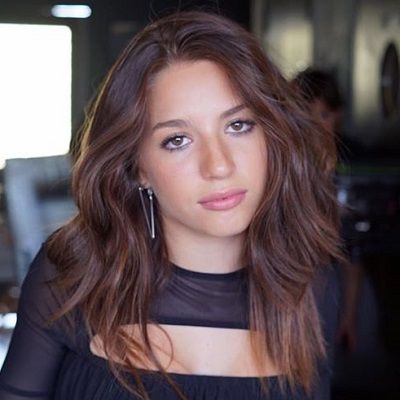 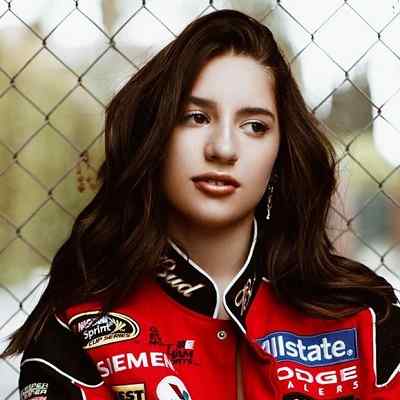 Talking about her family, Ziegler’s parents are Melissa Ziegler-Gisoni and Kurt Ziegler. Sadly, they divorced when Mackenzie was only 6 years old. It was after a 2009 bankruptcy. Her mother remarried Greg Gisoni in 2013. Moreover, Mackenzie Ziegler has an older sister named Maddie. Maddie is also a dancer and actress. She also has two older paternal half-brothers namely Ryan and Tyler. Mackenzie also has two older step-siblings namely Matthew and Michelle.

Mackenzie started dancing at the Abby Lee Dance Company in Pittsburgh at the young age of two. With that company, Mackenzie won several titles in dance competitions. Talking about education, she is home-schooled. 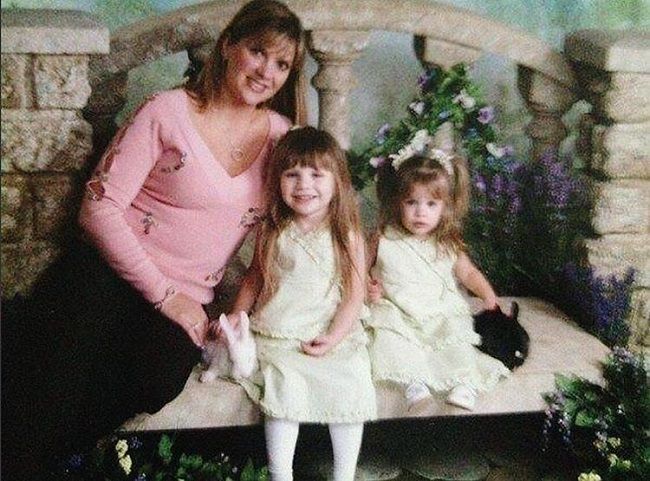 Caption: Mackenzie Ziegler with her mother and sister in an old photo. Source: Instagram

Professionally, Mackenzie Ziegler is a dancer, singer, actress, and model. She appeared on Lifetime’s reality dance show Dance Moms for six years. This show was also where Mackenzie first appeared on television and she specialized in jazz dance and acrobatics. It was back in 2011 alongside her mother and sister. Then in 2016, her family left the show after six seasons to pursue other projects. Mackenzie Ziegler also appeared on Dance Moms‘ sister shows Abby’s Ultimate Dance Competition and Abby’s Studio Rescue.

As a singer, Mackenzie released her debut album called Mack Z in the year 2014. She also used the album’s name as a stage name for singing appearances. This album peaked at #1 on the iTunes pop charts and #7 on iTunes’ albums sales chart across all genres. The music video for Girl Party also reached #1 on the iTunes pop chart. This song is the lead single for the album.

The same year, her videos for songs Shine and Christmas All Year Long also premiered. Mackenzie continued to release singles and videos in 2015 and 2016. The same year, i.e. 2014, the Ziegler sisters released a limited edition fashion line called The Maddie & Mackenzie Collection through Mod Angel. 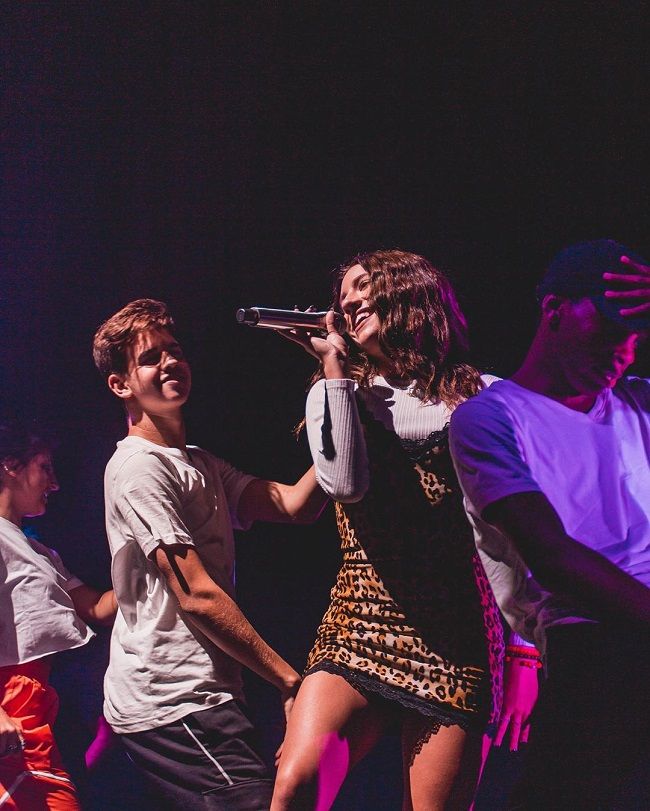 In November 2016, Mackenzie released her first single under her full name. It was a duet with singer Johnny Orlando and the single is Day & Night. The music video for this song was released on 21 December 2016. Then in April 2017, she released another single called Monsters (AKA Haters).

The same year, the Ziegler sisters were the faces of Clean & Clear‘s fall back-to-school campaign. Mackenzie was also the face of Polo Ralph Lauren‘s children’s spring 2016 collection. Likewise, she collaborated with TurnBoard to release the Kenzie Ziegler TurnBoard. It is a turning practice tool for dancers.

The girl’s fashion line Emily West named her a brand ambassador in 2017. Then in 2017 and 2018, Mackenzie collaborated on dance-inspired activewear clothing lines with tween retailer Justice. This brand also collaborated with her on a video of her song Teamwork. It is a back-to-school social media campaign with an anti-bullying theme to promote the line. Later that year, she also released a tee-shirt line called Tee4Too.

Since 2018, Mackenzie has starred as Cassie in the high school drama series Total Eclipse on the Brat digital network. Her character is a teenage girl who fantasizes about being an astronaut to cope with unpopularity. She is also the executive producer of the show.

Likewise, she also co-starred as the same character in the film Brat Holiday Spectacular in 2018. In February of the same year, the Ziegler sisters appeared on The Slow Mo Guys YouTube channel. She then appeared on the cover of the April/May 2018 issue of Girls’ Life magazine.

Mackenzie Ziegler released a self-help book in May 2018. The title of the book is Kenzie’s Rules for Life: How to be Happy, Healthy, and Dance to Your Beat. It is a collection of inspirational, upbeat lessons for kids learning to navigate life. Then in the fall of 2018, she also launched her own cosmetics line called Love, Kenzie.

Likewise, Mackenzie was a contestant on Dancing with the Stars: Juniors in the year 2018. On this show, she reached the finals. On 20 November 2018, she released her second studio album titled Phases. One of the singles on the album is titled Wonderful and the popular singer Sia wrote this song.

Likewise, in December 2018, she starred as Dorothy in a holiday stage pantomime adaptation, The Wonderful Winter of Oz. In mid-2019, she signed with Arista Records and toured the US as the warm-up act for PrettyMuch. She also stars as the title character in an animated film, Ice Princess Lily. The Ziegler sisters were also the guest judges in 2020 on the Quibi dance competition show Floored. 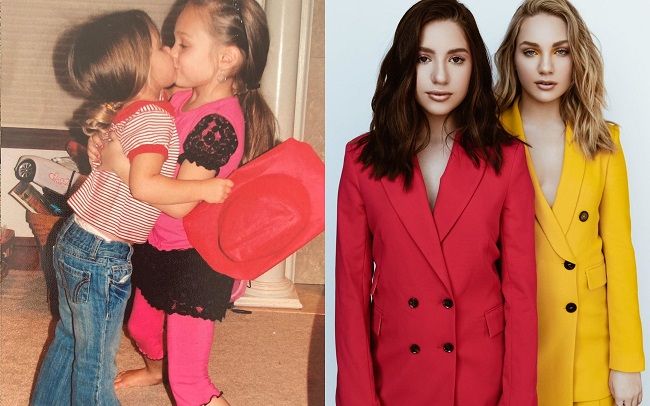 Caption: Mackenzie Ziegler with her sister Maddie in a past and present photo. Source: Instagram

In 2016, the Ziegler sisters made a public service announcement for DoSomething.org’s Birthday Mail campaign. This campaign enables people to send homemade birthday cards to children living in homeless shelters. The same organization placed them on their 2016 list of charitable young celebrities.

In 2018, she also performed at the first We Day Alberta in Edmonton, Alberta, Canada. She then appeared on Celebrity Family Feud in 2019 together with her sister, mother, aunt, and dancer Charlize Glass. They together played for My Friend’s Place, where they have volunteered in the past. This provides meals for homeless youth in Los Angeles.

Honors and Net Worth

Refinery29 included Mackenzie on its 2017 list of 29 young actors, singers, and activists “on the verge of superstardom.” The same year, Tiger Beat also included her on its annual list of “19 Under 19”. She also won the 2018 Teen Choice Awards for “Choice Muser”. Moving on, Mackenzie has a net worth estimation of 7 million dollars.

In 2019, Mackenzie Ziegler began a romantic relationship with Isaak Presley. However, the lovers split in 2020. The duo shared many adorable photos on their respective social media profiles. The last photo on Mackenzie’s Instagram featuring Isaak was uploaded on 16 March 2020. Likewise, the last post on Isaak’s Instagram featuring Mackenzie was shared on 19 March 2020. However, she is living a single life as of 2022. 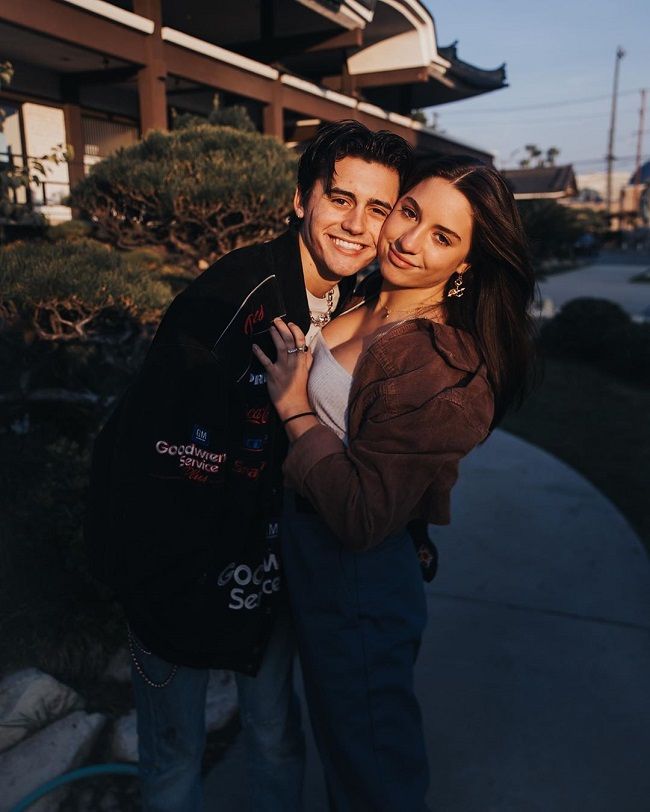 Mackenzie stands tall at a height of 1.6 meters or 5 feet 3 inches and her weight is around 52 kgs. Moreover, her chest-waist-hip measures are 32-24-35 inches respectively and her shoe size is 6 (US). She has brown hair and eyes of the same color.

Talking about her social media presence, Mackenzie Ziegler joined Twitter in February 2012 and so far has 1.1 million followers. Likewise, she goes by the username @kenzie on Instagram and this account boasts 1,055 posts and shares and 13.9m followers at the time of writing this biography. Her official Facebook page has over 474k followers and her Tiktokaccount has 17.2 million followers and 155 million likes. On Youtube, she has had 3.58 million subscribers and 310,869,886 views since its creation on 2 October 2015.