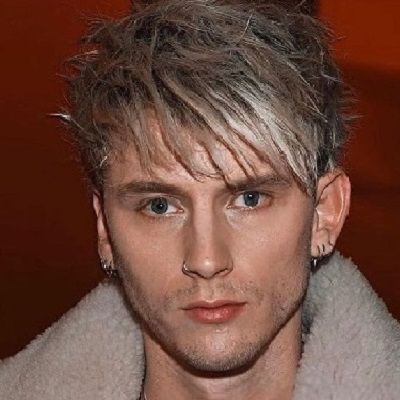 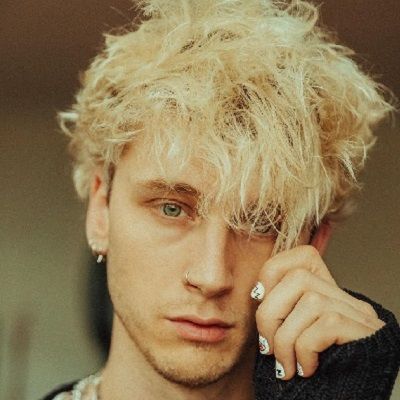 The rapper was born on April 22, 1990, in Houston, Texas, the United States to missionary parents. His nationality is American and is now 32 years old. Moreover, his sun sign is Taurus. He was born Richard Colson Baker. Machine Gun Kelly, MGK is his stage name given by his fans due to his rapid-fire delivery, a name that stuck with him for life. 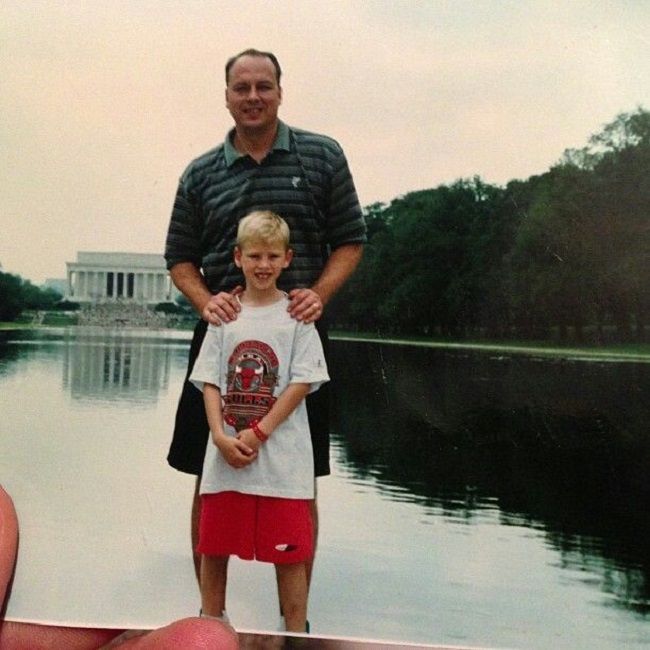 His family moved all around the world and Kelly spend his early childhood in places such as Egypt, Germany, and the United States. Tragedy struck him early on, as his mother left home. As if this were any less, his father suffered from depression and unemployment. Richard Colson Baker was ridiculed by his friends and neighbors. To find solace, he started listening to rap music.

Colson studies at the Hamilton Middle School and later at Denver’s Thomas Jefferson High School. While in high school, he experimented with drugs. Simultaneously during this time, he recorded his first amateur demo tape, ‘Stamp of Approval’. Later, he enrolled at Shaker Heights High School. It was here that my music career began. He convinced a local t-shirt shop owner to double as his MC Manager.

In 2006, he released the mixtape ‘Stamp of Approval’. The response was overwhelming as it built a reputation for MGK as a performer and an artist. He began performing at local Cleveland venues. His early break came with the 2009 victory at Apollo Theatre, the first-ever by a rapper. He then gained the national spotlight when he was featured on MTV2’s Sucker Free Freestyle, where he free-styled numerous verses from his ‘Chip off the Block’ single.

In February 2010, he released his second mixtape ‘100 Words and Running’, where he derived his catchphrase, ‘Lace-Up’, which started as a mixtape interlude, before making it a prominent reference in his music. Concurrently, MGK worked at Chipotle to support living. In May 2010, MGK made his national debut with the single ‘Alice in Wonderland. The song was released via Block Starz Music on iTunes. It received a wide positive reception. In November 2010, MGK released his second mixtape titled ‘Lace-Up’. It featured the hometown anthem ‘Cleveland’. Following this, he appeared on the Juicy J track ‘Inhale’, which also featured Steve-O from the television series Jackass in the music video.

In March 2011, MGK participated in the first SXSW show in Austin, Texas. He then signed a recording contract with Bad Boy Records and released the music video ‘Wild Boy’, featuring Waka Flocka Flame. The duo appeared on BET’s 106 & Park to promote the single. In mid-2011, MGK signed a deal with Young and Reckless Clothing. He then released his first EP, ‘Half-Naked & Famous’ on March 20, 2012. The EP debuted at 46 on the Billboard 200.

In October 2012, MGK’s debut album ‘Lace-Up’ was released. The album debuted at number 4 on the US Billboard 200. Its lead single ‘Wild Boy’ peaked on the US Billboard Hot 100 at number 98. It was soon certified gold by the RIAA. The song ‘Invincible’ served as the second single of the album. Interestingly, ‘Invincible’ was the official theme song of WrestleMania XXVIII and is currently the theme for Thursday Night Football on the NFL network. A little before the release of his debut album, MGK self-released a mixtape titled ‘EST 4 Life’, which contained both old and recently recorded material.

In February 2013, MGK came up with the music video for ‘Champions’ which featured Diddy and samples from The Diplomat’s song ‘We Are the Champions. The music video served as a promotional video for his brand new mixtape ‘Black Flag’ which was eventually released on June 26, 2013. It had guest appearances from French Montana, Kellin Quinn, Dub-O, Sean McGee, and Tezo. On January 5, 2015, MGK released the song ‘Till I Die’ which was accompanied by a music video on his VEVO account. A little later, he came up with his remixed version and soon followed it up with his next song, a music video titled ‘A Little More.

In July 2015, MGK released a 10-track mixtape titled ‘Fuck It’. It contained songs that didn’t make it to the final tracklist of his second album ‘General Admission’ awaiting release. MGK’s second studio album ‘General Admission’ was released on October 16, 2015. It debuted at number 4 on the Billboard 200, selling 49,000 copies in its first week. The album also debuted at number one on the Billboard Top R&B/Hip-Hop Albums. In the latter half of 2016, MGK released the single ‘Bad Things’. Music apart, MGK has appeared in various films, such as ‘Beyond the Lights’, as Kid Culprit. He then starred in ‘Roadies’ as Wesley (aka Wes), before being cast in lead roles in ‘Viral’, ‘Punk’s Dead: SLC Punk 2’ and ‘Nerve’. 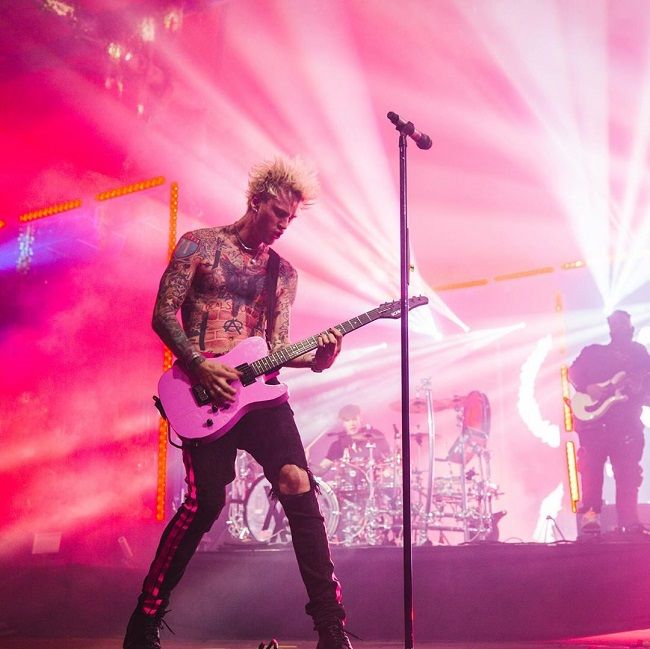 MGK’s single ‘Alice in Wonderland won him the Best Midwest Artist award at the 2010 Underground Music Awards. It also gained the Best Music Video at the 2010 Ohio Hip-Hop Awards. In December 2011, MTV announced MGK as the Hottest Breakthrough MC of 2011. In March 2012, MGK won the MTVu Breaking Woodie Award.

Machine Gun Kelly has a net worth of $25 million. He earns money from sources other than rapping. One of his income sources is acting. The rapper has also built wealth through his work as a composer. His credits for composting include the songs “ At My Best” with Hailee Steinfeld and “ Bad Things” with Camila Cabello. In addition, MGK makes money from endorsement deals.

Machine Gun Kelly has a daughter named Casie. Though he is not in a relationship with her other any longer, he maintains a friendly relationship with her. In 2015, he confirmed reports of dating hip-hop model Amber Rose. The two however called it splits in October 2015. 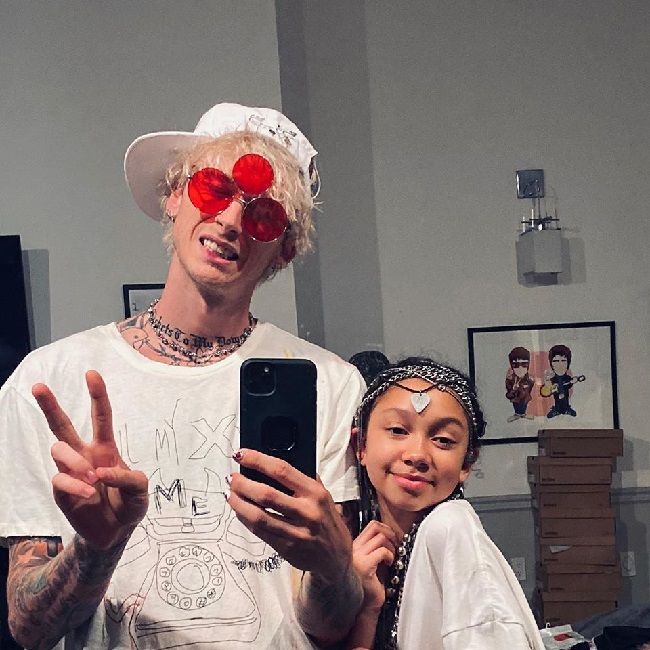 MGK’s stint with drugs started early. He openly spoke about his addiction and stated that he went through a period of homelessness in 2010 to feed his addiction. To overcome his obsession with drugs, MGK attended a rehabilitation center in which he was aided by a guidance counselor to combat the addiction. He once even contemplated suicide. Following a brief relapse in 2012, MGK got over his addiction since then.

The rapper stands at a height of 6 feet 4 inches tall and weighs 76kg. Machine Gun Kelly shoe size is 12 US. In addition, he has got blue eyes and brown hair. Colson has a slim body and is filled with tattoos. Likewise, MGK has dyed blonde hair and a pair of very attractive blue eyes. He looks Hanxom, dashing, and very attractive. No doubt that he has so many girl fans.

MGK is quite active and popular on social media. He often uploads his music videos and pictures. He uses Instagram, Twitter, and Facebook, and even has a Youtube Channel. On Twitter, he is followed by 1.3 million people. He has 6.3mmillion followers on Instagram. And on Facebook, he has more than 5 million followers. It seems that he is very famous and has a lot of fans and fan pages. Lastly, on Youtuber, he has 6.3 million subscribers.