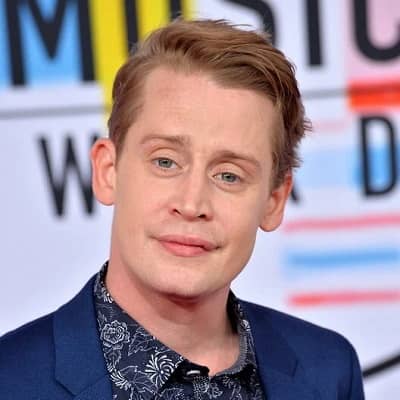 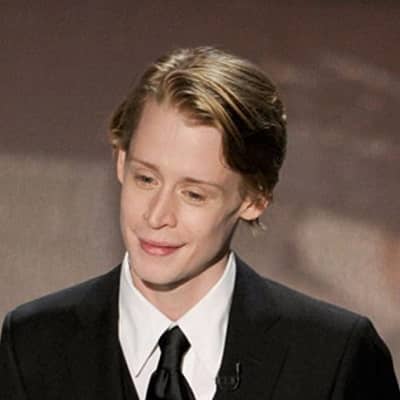 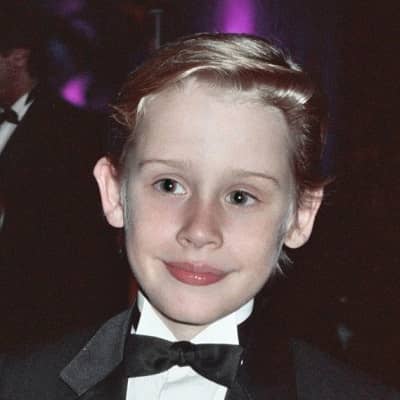 Macaulay Culkin is amazingly an award-winning American-renowned actor. Also, Macaulay Culkin is a professional musician. Moreover, he is better known for playing the role of Kevin McCallister in Home Alone and Home Alone 2: Lost in New York. The movies were released in the early 1990s and My Girl. Let us know more about the actor’s professional as well as personal life.

Culkin was born on August 26, 1980. Macaulay’s birthplace is in New York City, New York. Also, he was named Macaulay Carson Culkin. But, his nickname is Mac. According to his date of birth, Culkin’s birth sign is Virgo. Besides, he belongs to American nationality. On the other hand, Macaulay has a mixed ethnicity of German, Norwegian, Irish, and Swiss-French. As of now, he is 41 years old.

And, the celebrity was born to Christopher Cornelius “Kit” Culkin and Patricia Brentrup. By profession, his father was also an actor. And his mother was a telephone employee by profession. Talking about the siblings, he has six being the third one among them. The names of his siblings are Rory Culkin, Kieran Culkin, Christian Culkin, and Shane Culkinhg. His sisters are Quinn Culkin, Dakota Culkin, and Jennifer Adamson. According to sources, his parents never got into a married relationship. He also has an aunt, Bonnie Bedelia. She is also an actress.

In regards to Culkin’s academic qualification, he went to a Catholic school St. Joseph’s School of Yorkville for five years. Later on, he joined a Professional Children’s School. Not only this, but he also studied ballet at the School of American Ballet.

Regarding his professional life, he had performed his first Off-Broadway at a very tender age when he was only four years old. He appeared in a stage production of Bach Babies at the New York Philharmonic. When he was 9 years old, he gave his appearance in Uncle Buck along with John Candy. Since the year 1985, he is active in the entertainment field till the present day. It seems as if he has been successful in impressing and earning his fans and critics with his impressive acting.

Astonishingly, he was able to progress much better when he played a lead role as Kevin McCallister in the movie, Home Alone in 1990. In Jackson’s music video, Black or white he appeared with Michael Jackson. Again, he appeared in the sequel Home Alone 2: Lost in New York in 1992. Following the drastic success, he then began to work in several movies as well as television series. Amazingly, he also became the lead singer of a Velvet Underground cover band called Pizza Underground in the year 2013.

In regards to his net worth and income, the well-known actor, Culkin can earn a pretty good amount of money through his profession. Based on some latest sources and research, his estimated net worth is around $15 million. Nevertheless, his annual salary cannot be determined through any sources of information. And, he has also mentioned his personal belongings and other endorsements as well.

As one of the successful actors, Culkin has received many awards and nominations as well. Surprisingly, he has won awards such as Funniest Actor in a Motion Picture award (1991), Best On-Screen Duo (1992), and many more. Besides, some of the nominations consist of Best Performance by an Actor (Golden Globes). Also, he was nominated as Favorite Movie Actor in Kid’s Choice Awards and many more.

Moreover, Macaulay Culkin is in a happy relationship. Presently, he is in a relationship with Brenda Song since the year 2017. It is exciting to know that the happy couple seems to be planning to start a family together. Earlier than that, he had tied the knot with Rachel Miner on 1998, June 21. Unfortunately, their relationship could not be stable. Eventually, they officially got separated on 2000, August 5. 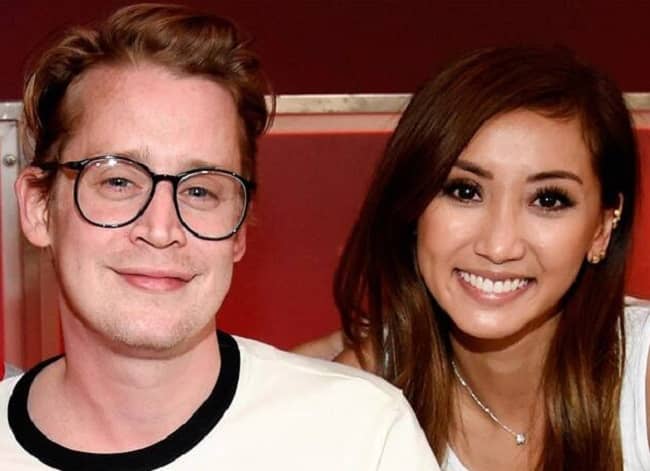 Previously, Macaulay was also dating Mila Kunis in 2002. It seemed they could have been together but they broke up in the year 2011. Though the news is not confirmed, it was rumored that he was also seeing Irene Lopez from 2002 to 2011 and Agatha Roleta in 2011.

Macaulay’s height is around 5 feet and 7 inches with a slim body. More or less, his weight is around 62 kgs. His hair is blonde and his eyes are blue. Moreover, he is famous for his innocent, angelical face, blue eyes, rosy lips, and pale skin as well. Besides, his shoe size is not known through any sources of information. And, his exact body measurements are 36-12-28 inches. 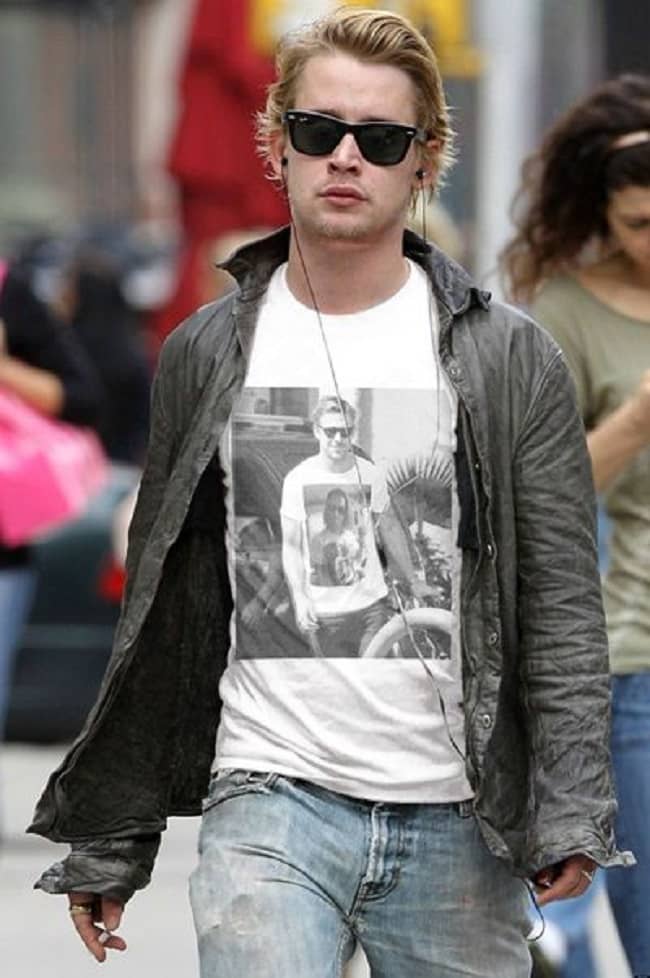 Being a public figure, he is extremely active on social media platforms. Also, his username on Instagram is @culkamania, and has around 1.5 million followers. On Facebook, Macaulay has approximately 45k followers with the username, Macaulay Culkin. Likewise, his verified account on Twitter has a username as @IncredibleCulk. Astonishingly, he has around 842.9k followers on it.