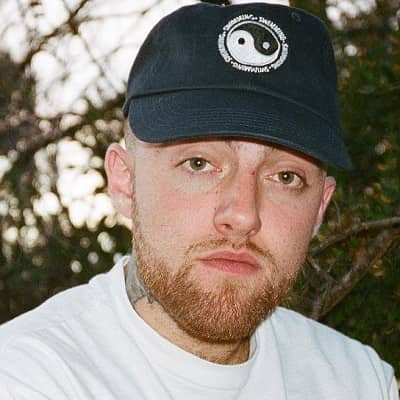 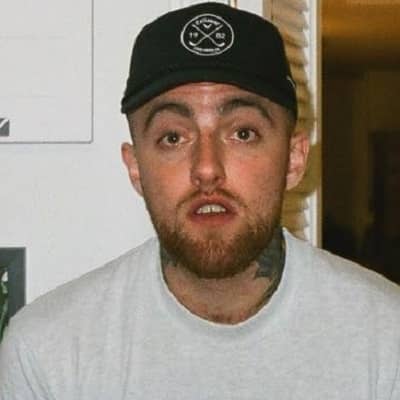 Late Mac Miller is an American rapper, songwriter, and singer. Mac Miller was in a relationship with fellow singer Ariana Grande in the past. Similarly, he has his own record label named ‘REMember Music’.

Mac’s full name was Malcolm James McCormick. He was born on January 19, 1992, in Pittsburgh, Pennsylvania. he was an American by nationality. Likewise, he was born to parents Karen Meyers(Mother) and Mark McCormick(Father). His mother Karen was a professional photographer by profession while his father was an architect.

Both his parents belong to two different faiths. His mother is a Jew and his father practices Christianity. Likewise, he had an older brother whose name is Miller McCormick. Talking more about his childhood, he was into music from a very young age. He started playing a lot of different instruments when he was only six years old. 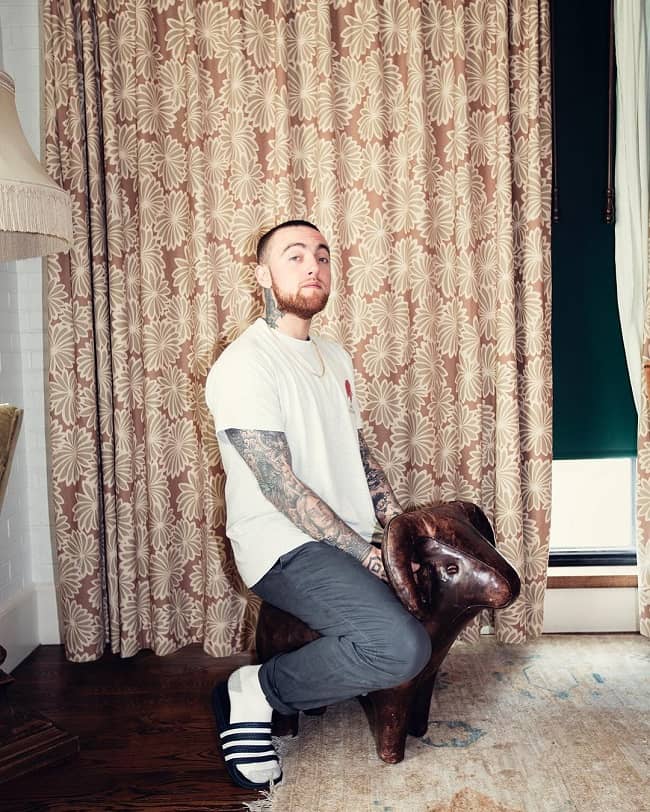 Caption: A photo of Mac childishly playing on a rocking horse. Source: Instagram

To gain his basic education, he went to a Catholic grade school. After that, he attended Winchester Thurston School. During his schooling years, he was involved in different sports such as football and lacrosse. Similarly, he graduated high school from Taylor Allderdice High School.

Mac passed away on 7th September 2018 due to an accidental drug overdose. He was found dead in his Los Angeles home by his personal assistant. His personal assistant called 911 and even performed CPR under the paramedics arrived in hopes that he could have been saved. Later, he was declared dead at 11:51 am at his home. His sudden demise left everyone heartbroken.

Mac has a gift for music. By the age of merely 6 years old, he had learned how to play different instruments such as piano, guitar, drums, and bass. In the same way, he taught himself how to rap at the age of 14. His genre of music was hip-hop and R&B. When he was still in school he released a mixtape of his own titled ‘But My Macing’ Ain’t Easy’. At that time, he went by the name EZ Mac to represent himself. Likewise, he was also in a rap group called  ‘The III Spoken’. While he was still a part of the group, he released another mixtape titled ‘How High(2008)’ which turned out to be quite successful. Later, he even came out with two different mixtapes of his own.

In the year 2010, he signed a contract with Rostrum Records. he was 17 years old at that time. By that time, he was already popular. He was even invited by a few different record labels but he still chose Rostrum Records at the end. Unlike most young artists, he has a very stable start to his professional career as a singer. In August of 2010, his record label released a new mixtape called K.I.D.S which was significantly a hit. Throughout his career, the American artist released 13 mixtapes, 6 studio albums, and 2 live albums. His audience loves his music and the emotions behind them. Similarly, his first album debut was in November of 2011. His first-ever studio album was ‘Blue Side Park’. Three songs from his first album were placed on the Billboard Hot 100.

His music tours were also enjoyed by his fans. His first-ever music tour, ‘The Incredibly Dope Tour’ was a major success. Moreover, he has collaborated with many talented artists such as Pink Slime, Ariana Grande, Miguel, and many more. He is also the founder of the record label imprint REMember Music. he established the record label as a remembrance for his deceased friend. After his contract expired with Rostrum Records, he remained an independent artist for a while. In the year 2014, he signed a recording and distribution contract deal with Warner Bros Label for his label REMember Music. Similarly, the last album he released before his death was in August of 2018 which was ‘Swimming’. Even after his death few of his songs were released by his estate that was recorded but never released by him before. 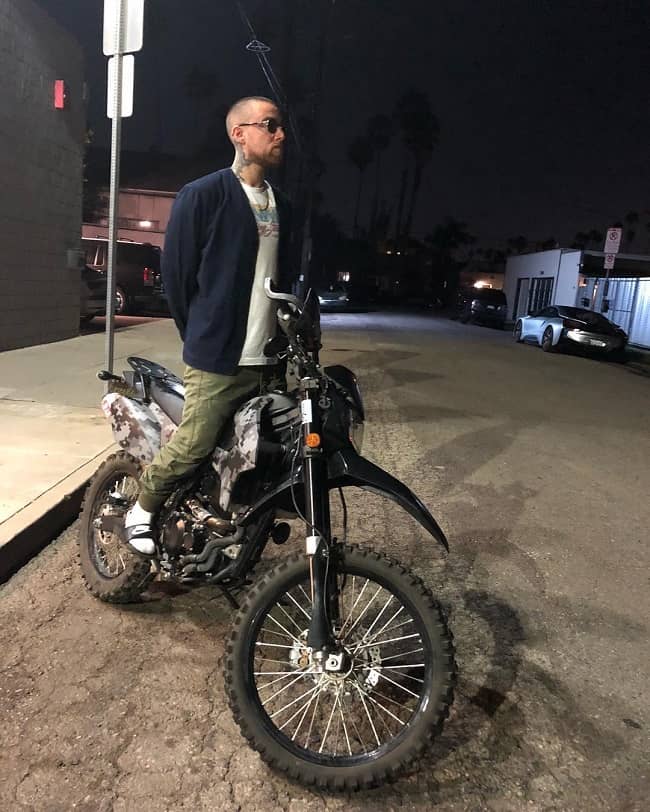 Malcolm wasn’t married to anyone throughout his lifetime. However, he was in relationships every now and then. His longest relationship was with his high school girlfriend Nomi Leasure. They officially started going out in the year 2009. With many highs and lows, their relationship lasted for 7 years. Sadly, in 2016, the couple decided to part ways.

Later, Mac started going out with the popular American pop singer Ariana Grande. Their relationship was cheered on by many people. However, Ariana ended their relationship 2 years later due to his addiction issues. Similarly, in the same year, Julia Kelly was suspected to be dating. Nonetheless, the rumors can not be confirmed.

The American rapper was 5 feet and 7 inches tall. Likewise, Mac has naturally blonde hair and hazel eyes. Malcolm had a lot of tattoos all over his body. The majority of his arms and legs were covered with artistic tattoos. Further body measurements of Malcolm are not available. 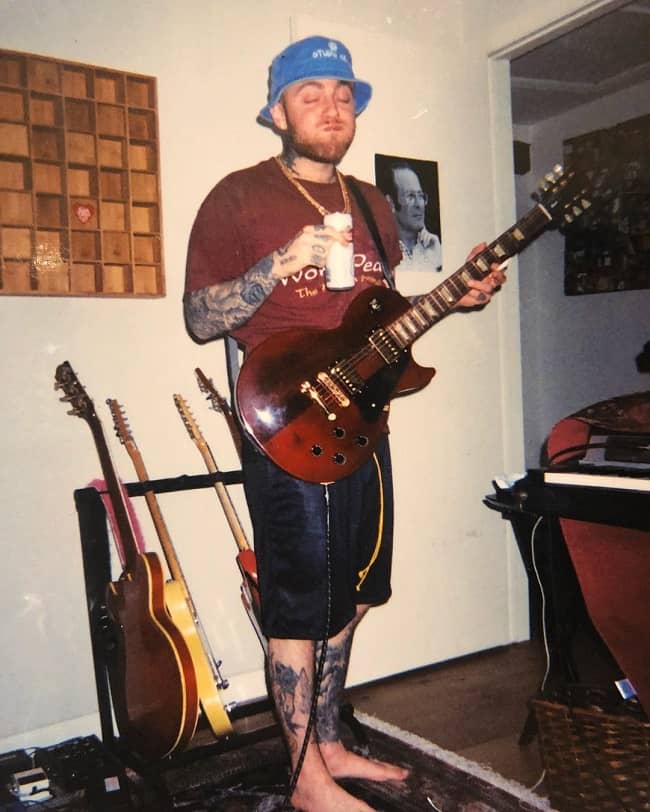 Caption: A photo of Malcolm holding his guitar. Source: Instagram

Before he passed away, he used to be active on different social media platforms. His Instagram account is @macmiller. He had around 6.8 million followers on his Instagram with a verified tickmark on his profile. Similarly, he posted around 23 posts on his Instagram feed. He was on Twitter as @MacMiller with a total of 8 million followers. Likewise, he had a YouTube channel @Mac Miller where he shared his music content with his audience. His YouTube channel had 3.62 subscribers and still does.