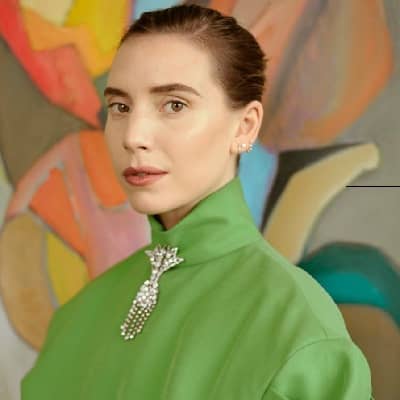 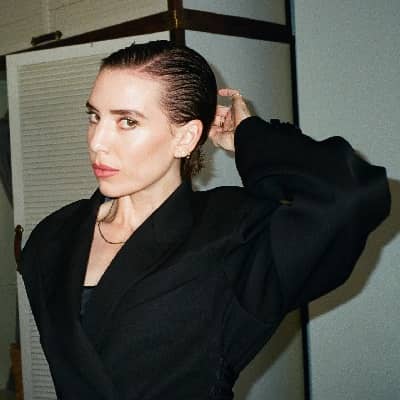 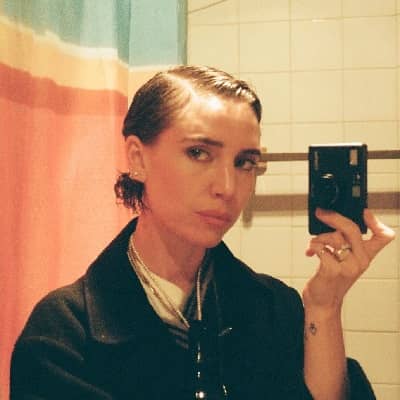 Lykke Li is a famous Swedish singer, model,  and songwriter.  Lykke Li is well known for her music with the elements of electronic, indie pop, and dream pop.

Lykee Li was born as Li Lykke Timotej Zachrisson was born in Ystad, Skane on 18 March 1986.  As of now, she is 36 years old. Moving on her to her family her mother is Karsti Stiege and her father’s name is Johan Zachrisson. Her mother was a photographer, while her father was a member of the Swedish punk-reggae band. She has one younger brother, Zacharias Zachrisson who is a musician, and one sister Zara Lou Zachrisson.  Her Zodiac sign is Pisces and belongs to Swedish nationality. She went to Sodra Latina for her education.

When she was a kid her family transferred to Stockholm. Similarly, they moved to a mountaintop in Portugal when she was 6 years living for five years. As per the sources, it is said Zachrisson’s family also spent time in  Morocco and Lisbon also including winters in Nepal and India. She went to  Brooklyn, New York City, for 3 months at the age of 19 and returned at  21 to record her album.

She released her first EP, in 2007 Little Bit. Stereogum labeled her as an artist in October 2007. She detailed her music as a mix of electro, soul, and powdered-sugar pop. Her debut album is Youth Novels, released on LL Recordings on 30 January 2008 in the Nordic region. Later on, she received a wider European release in June 2008. she performed live along with a pared-down drum kit, a guitar,  a necklace made out of percussive instruments, a bass, and a microphone. Her debut album,’ Youth Novels’ was placed on many of the year’s Best Of lists. 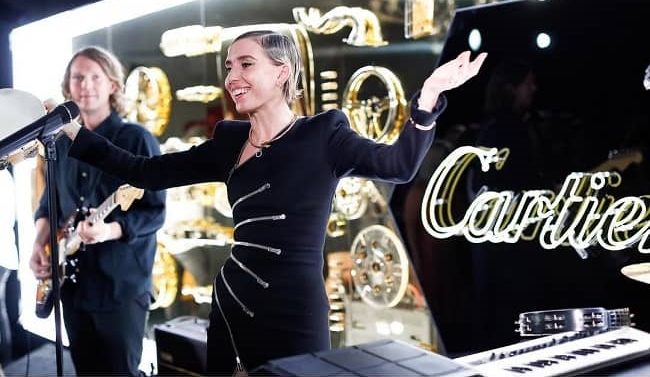 She contributed to Swedish musician  Kleerup’s giving her vocals to the track “Until We Bleed”.  Later on, she also worked with Norwegian electronic along with Royksopp on their 2009 album Junior. She gave her vocals to “Miss It So Much” and “Were You Ever Wanted”. On 18 February 2009, Lykke Li appeared on the Last call with Carson Daly. She appeared on”Knocked Up”, originally recorded by Kings of Leon. She was seen with Kanye West in “Gifted”.

Her song “Get Some” was seen in the 15th episode of Hawaii Five-0 titled Kai e’e on 23 January 2011. Later on, it was also seen in ABC Family’s drama Pretty Little Liars in the 18th episode of the second season which aired on 30 January 2012. After that, it was also used in the 19th episode of the second season of The CW’S The Vampire Dairies titled and it was aired on 21 April 2011. Then her second album Wounded released in 2011. Further, the album featured on several lists of 2011’s best albums like The Observer, The New York Times, Rolling Stone, and  The Huffington Post.

she worked with  Jools Holland in Uk on 30th April 2011playing “Get Some”, “Sadness Is a Blessing” and “I Follow Rivers”. In 2011she played at Latitude Festival at Henham Park in Suffolk, England.  In August 2011 Lykee shared her views and experience on the US late-night talk show The Tonight Show With Jay Leno with her band.  Furthermore,  Lykke contributed to the track “Cone Near” to the 2012 compilation “Volym 1”.  The Swedish artist collective released the album and there she is a founding member. In 2013, she was seen 2013 as a guest musician on David Lynch’s second studio album. On 10 April 2014, she presented a video on 10 April 2014 for the leading single, ‘No rest for the wicked.

In May 2014 she then officially released I Never Learn. Moreover, her album featured on several lists of 2014’s best albums, with Complex, Billboard, and Pitchfork.  Then her album I never Learn, debuted at number 29 on the Billboard 200 in the United States, leading to Li’s highest-peaking album on the chart. She also made her acting career in 2014 in the Swedish crime film Tommy and recorded a song, ‘Du ar den for the film. On 19 May 2o14, she wrote the lyrics of”No One Ever Loved” for The Fault in Our Stars.

She released a video for “Never Gonna Love Again”, on 6th April 2015 directed by Philippe Tempelman. On 8 June 2018, Lykke Li released her fourth studio album, through RCA So sad so sexy. She released her first two singles, “Deep End” and “Hard Rain”. Lykke Li July 2019 released the EP still sad and sexy. In October 2020 she returned to music and released Bron, a song entirely in Swedish. She then on 23 March 2022 released the song ‘No Hotel’ from her fifth album,Eyeye.

She won Nordic Music Award for Best Artist Promotion for Wounded Rhymes in 2011. Similarly, She won ECHO Awards for I Follow Rules. Furthermore, she also won GAFTA- Prison Awards for Best International Artist for her album 2019 and GAFTA Prison Awards for So Sad So Sexy.

Looking to the history of her success story, albums released, awards, and nominations her net worth is $4 million. 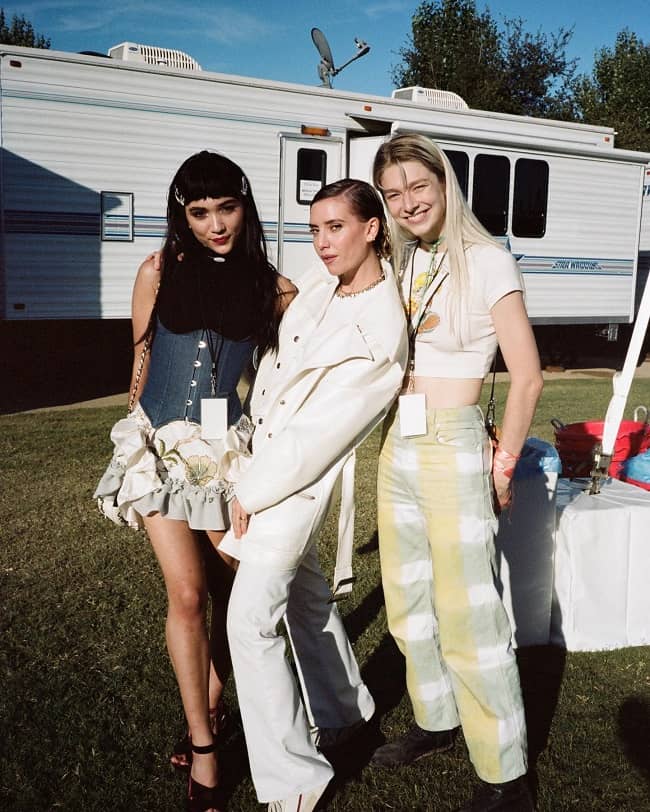 Lykke enjoying her vacation with her friends. Source: Instagram

Lykke is a beautiful and talented media star. she is currently single. She was once in a relationship but we do not have much information. However, she has a son Dion born on 12 February 2016. The father of a child is Jeff Bhaskar. Moreover, She is focused on her career. 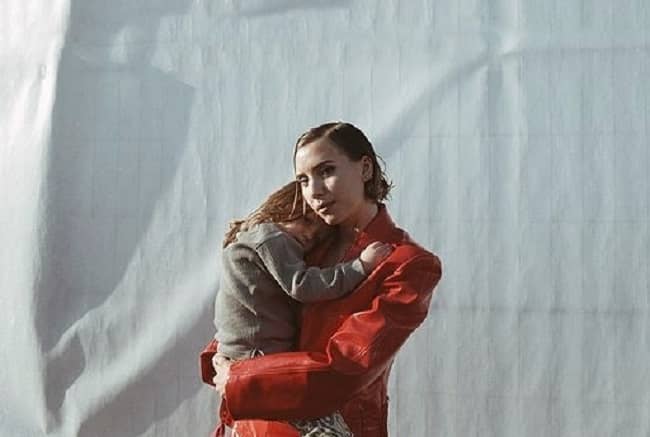 She has a stunning body with a height of 5 feet 7 inches. Lykke has Black hair and Hazel eye color. Her dress size is 4 US. Her Bust size is 34 inches and 24 inches waist size. She has a bra size of 34 and the cup is B with her 36 hip sizes.