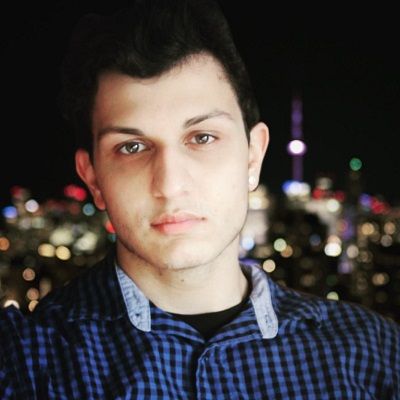 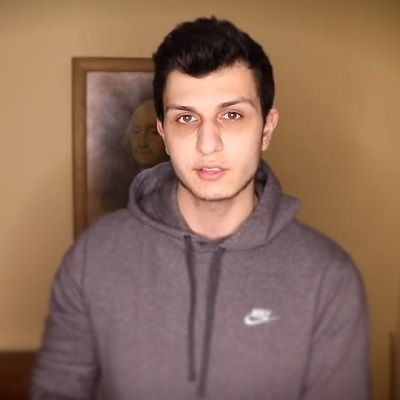 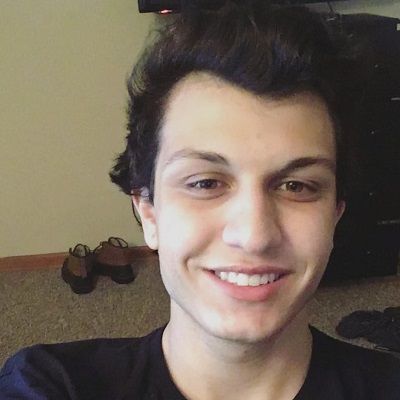 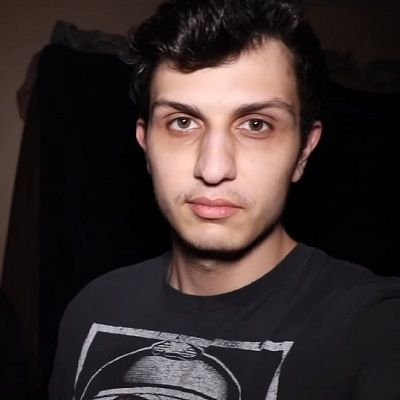 LuxuryPranks is an American prankster on YouTube who has found his most success on the platform with his ‘LuxuryPranks’ channel. LuxuryPranks usually features video pranks, practical jokes, reactions, and video logs on his channel.

LuxuryPranks’ real name is Parker Hajiaskari and is from Buffalo, New York, USA. He was born on May 30th, 1997. As of now, his age is 24 years old and his birth sign is Gemini.

There is no information about his personal life, his parents, or his siblings. Furthermore, he has a cat and a Doug named Apollo.

After completing middle and high school, he decided to study chemical engineering.

Throughout his childhood, he had dreamt of becoming a famous YouTube personality, and with his perseverance, he made his dream come true.

Likewise, he is also active on Snapchat under the username ‘@luxurypranks’. Furthermore, for business inquiries, anyone could contact him on his Gmail account, [email protected]

And his third channel ‘LuxuryDark’ has earned more than 1.48 million subscribers. Moreover, in one of his Instagram posts, he mentioned that he might create another YouTube channel soon.

LuxuryPranks is not in an open relationship or is probably single. He has not disclosed his personal life on his social media platform. Therefore, he has been lip-sealed about his relationship life.

But, through some online sites, it is said that, during a telephonic conversation with YouTuber Leon Lush, in November 2018, he was heard talking about his child, whom he had put to sleep right before their conversation started.

Though, he has not publicly announced his relationships. As of now, he is busy developing his skills and is focusing on his career.

In 2008, LuxuryPranks decided to start making YouTube videos, mainly inspired by channels such as ‘Smosh’ and ‘nigahiga.’ However, due to logistical constraints, his videos did not do well.

Throughout his middle school and high school days, he never gave up on his dream of becoming a successful YouTuber.

He met his co-host, Chester, during his high-school days. They continued making videos and uploading them despite not being able to attract too many viewers.

In 2015, as a final attempt at making his dream come true, he launched his new ‘YouTube channel, ‘LuxuryPranks,’ which was inspired by existing ‘YouTube channels such as ‘FouseyTube’ and ‘VitalyzdTv,’ .

These were mostly extreme-prank channels focused on pushing the boundaries of playing real-life tricks on people and capturing their reactions. 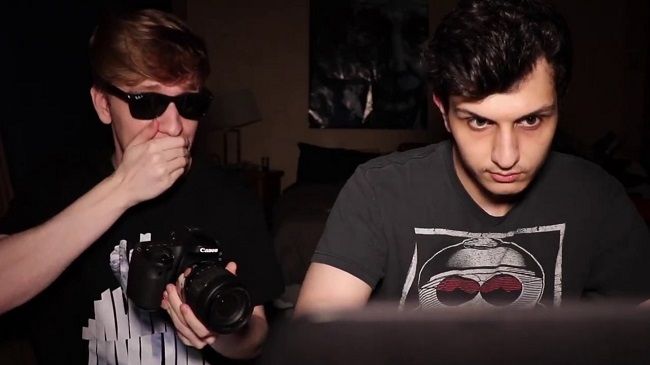 In August 2015, after failing at gaining any substantial viewership with its first four videos, the channel ‘LuxuryPranks’ tasted its first success, when ‘MTV’ decided to post the channel’s fifth video, ‘Homeless Woman Does Amazing Act,’ on its ‘Facebook page.

‘LuxuryPranks,’ however, did not limit itself to being a prank channel. According to him, he decided to bring uniqueness to his content by moving to the genre of sting operations and reality TV and exposing real human behavior on his channel.

His first such attempt was the video ‘Catching a Catfish Part-1,’ uploaded almost a year after the channel was launched, which is also his personal favorite.

The popularity of the channel started to dwindle when it published its first catfishing video. However, the viewership of the channel increased exponentially afterward.

In August 2018, ‘LuxuryPranks’ amassed a million subscribers. He has two additional ‘YouTube channels, with a healthy number of subscribers each, namely, ‘Life of Luxury’ and ‘Luxury Dark’.

Besides his YouTube channel, he is also popular on both, his personal as well as official Instagram accounts.

In 2015, when his channel was gaining new heights in terms of subscription and viewership, he found himself amid deep ethical questions about the kind of content he was producing.

He was dealing with critical social issues, such as pedophilia and child abuse, which did not go down well with a lot of YouTube content creators.

His fellow YouTube stars started dissecting all his ‘Catching a Child Predator’ videos and referring to them as fake and made-up.

He even explained his inability to shed any light on the legal aspects of such videos, due to non-disclosure agreements. However, these questions never harmed his popularity.

Throughout his long journey of being a YouTube star, he has gained a huge number of fanbases.

However, for crossing 1 million subscribers on his main YouTube channel, he has achieved the YouTube Golden Play Button.

Therefore, he is sure to achieve more of them through his other YouTube channels too. But, he has not revealed his net worth to the public yet.

Talking about his earnings and income, there is no doubt, that this popular YouTube star, would pocket a huge amount of money through his social media profession.

He also has his Merchandise site where various clothing items like hoodies, shirts, sweatshirts, etc are available. However, this talented person is making good fortune from his social media profession. 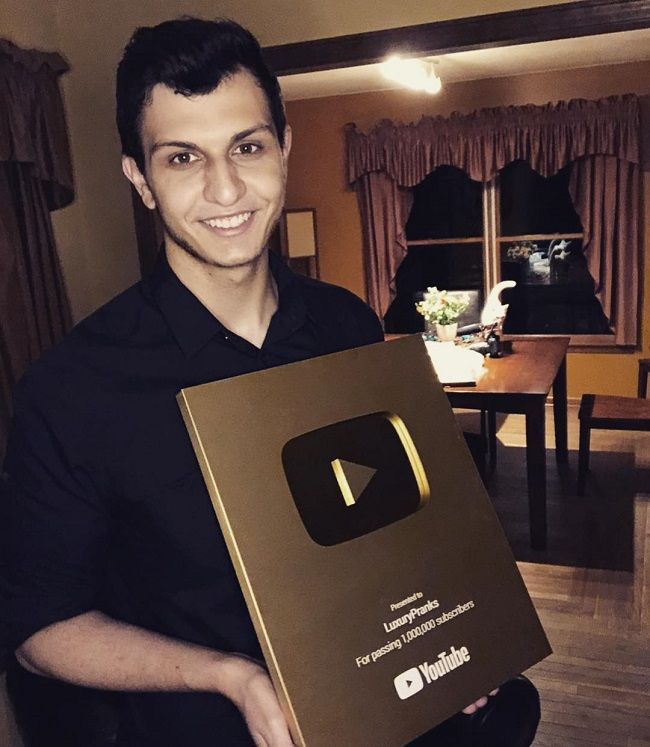 As comes to his body descriptions, LuxuryPranks has maintained a healthy and fit body physique. He has a height of 5 feet 7 inches and weighs around 72 kg.

Further, he has a pair of brown eyes and dark brown hair. He has got an athletic body structure. He has an amazing personality. 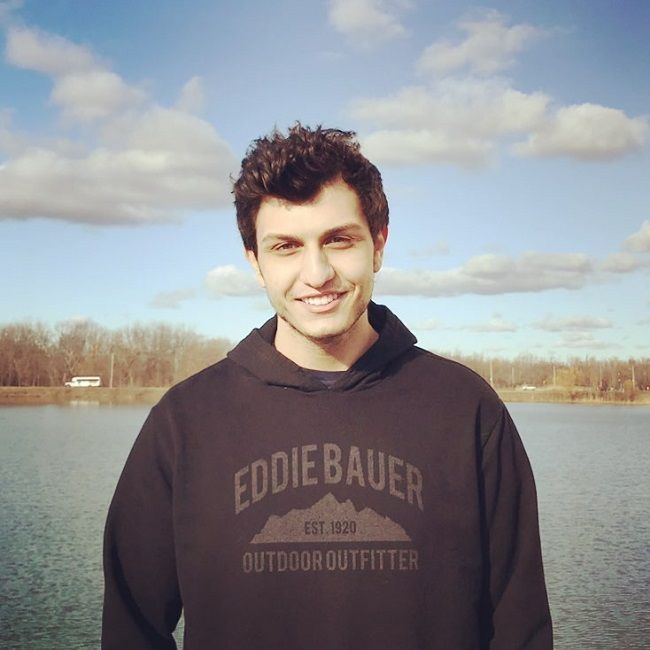