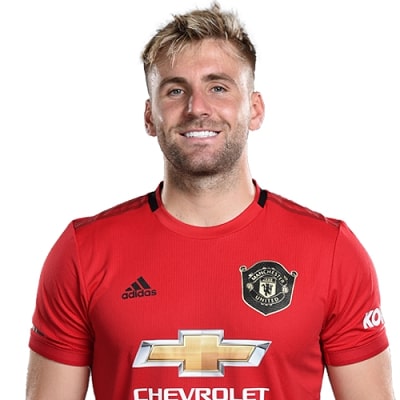 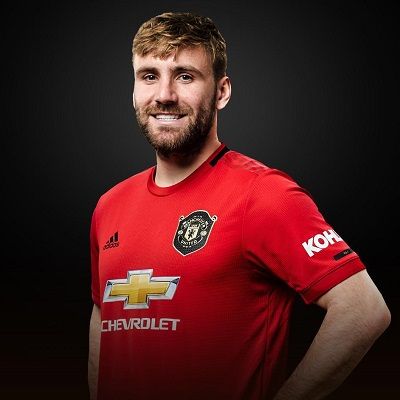 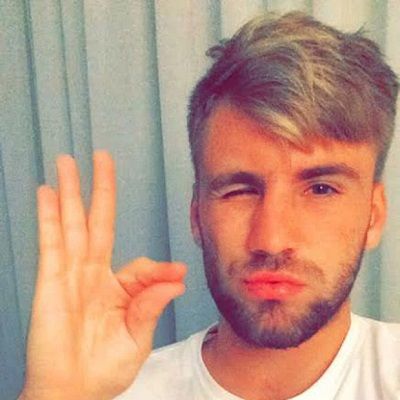 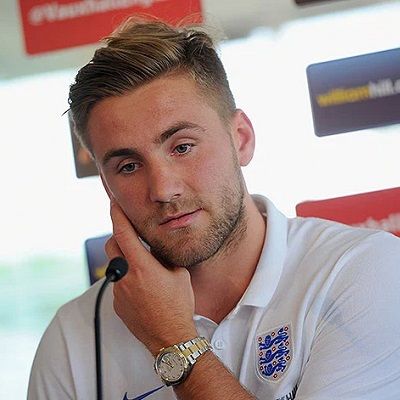 Luke Shaw is a British footballer. Luke Shaw is popular as the left-back player for Premier League club Manchester United and England’s national team. He wears jersey number 23. He has been playing since age 15.

Luke Shaw was born on July 12, 1995, and his age is currently 27 years old. He is originally from Kingston upon Thames, London.

Regarding his education, he attended Rydens Enterprise School in Hersham, Surrey. Talking about his family, his parents are Joanna and Paul Shaw.

Likewise, he grew up as a Chelsea supporter and has stated that he originally wanted to play for the London club.

At the young age of eight, he played at Chelsea’s development center in Guildford but they didn’t offer him an academy place.

At the same age, he joined the Southampton Academy and became a regular in the under-18 team from the age of 15. 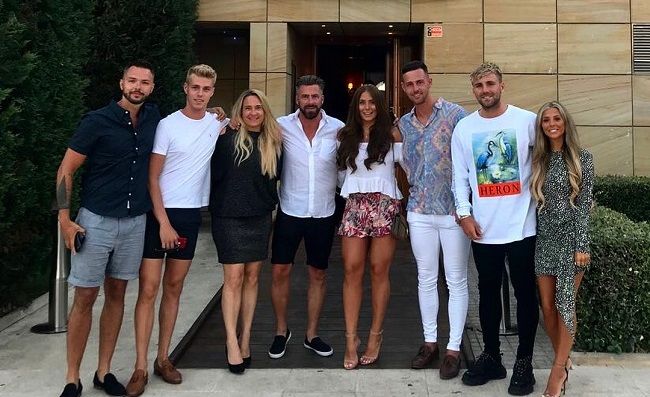 Caption: Luke Shaw posing for a photo with his family members. Source: Instagram

Luke Shaw is a successful Football player who has earned a hefty amount of money throughout his career. He has a net worth of $45 million as of 2022. But he hasn’t disclosed his salary yet.

Luke Shaw is in a romantic relationship with Anouska Santos. They also have a baby boy named Reign London Shaw.

Anouska gave birth to Reign on 22 November 2019 and Anouska shared the baby’s first photo with his daddy a week later on 29th November.

Although he doesn’t share much about his personal life on his social media accounts, his partner and siblings do share a tiny bit about his family events. 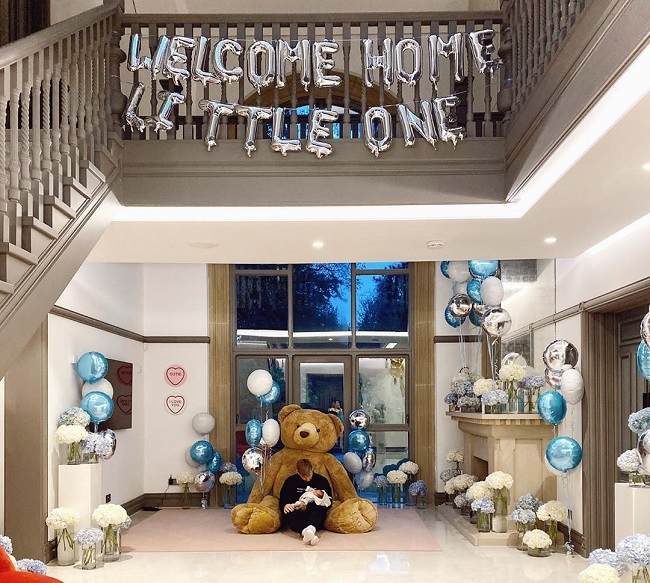 Professionally, Luke Shaw is a football player who plays as a left-back for Premier League club Manchester United and the England national team.

He has been dubbed the new Gareth Bale, coming up through the same youth system as the Welsh star.

He started playing for Southampton at the age of 16 years. At this age, he made his debut for Southampton’s first team on 28 January 2012 in the FA Cup.

During this match, he replaced winger Jason Puncheon for the final 13 minutes of the third-round tie against Millwall.

He, Jack Stephens, Calum Chambers, and James Ward-Prowse became the four youth players Southampton signed a professional contract for their return to the Premier League.

Later, on 27 June 2014, he signed a four-year contract with an option to extend for a further year with Manchester United.

His deal with Manchester United made him the most expensive teenager in world football.

Moreover, he made his debut in the first match of the club’s pre-season tour of the United States. He played the first 45 minutes of a 7–0 win over the LA Galaxy.

Before the start of the season, he suffered a hamstring injury that ruled him out for a month.

Further, in October 2014, they listed him on the 40-man shortlist for the 2014 Golden Boy award. It is a prize given to the player considered to be the best European-based player under the age of 21. 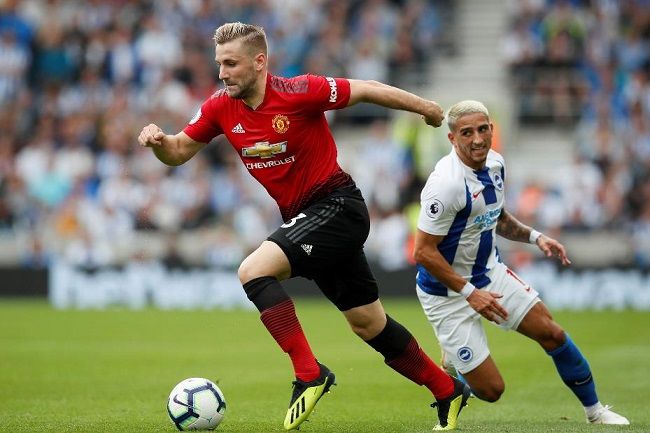 He first experienced international football in the year 2011. He made six appearances for the England under-16 team and later made his debut against Slovenia in February.

It was before competing in the Montaigu Tournament in April and scoring his first international goal against Uruguay at the tournament.

Later on, he made his debut for the under-17 team in August against Italy and also played in eight matches in a seven-month stint with the national team.

In January 2013, it was set that he would be called up for the first time to the England under-21 team for the following month’s friendly against Sweden.

However, due to an injury picked up in training, he was later forced to pull out of the match.

He was later called up for matches against Romania on 21 March, Austria on 25 March, and Scotland on 13 August. They also called up for the UEFA European Under-21 Championship.

Sadly, he had to pull out of all those matches for the same reason. He eventually made his England under-21 debut on 5 September when the team faced Moldova in a 2015 UEFA European Under-21 Championship qualification match.

He then went on to play the full 90 minutes of England’s second qualification match against Finland on 9 September. On 27 February 2014, he was called up to the England senior team for the first time.

It was for their friendly match with Denmark. He made his debut in the match and replaced Ashley Cole at half-time.

On 12 May 2014, Roy Hodgson’s 23-man squad for the 2014 FIFA World Cup listed him in its list. He was England’s second-choice left-back behind Leighton Baines.

Likewise, He made his tournament debut in the last group match with Costa Rica in Belo Horizonte.

He also holds the accolade of being the youngest player to appear at the 2014 tournament.

Other than this, there is no information regarding his chest-waist-hip measures, biceps, dress size, shoe size, etc. Likewise, he has blonde hair and green eyes.

Talking about his social media, he is available on social media platforms by the username @lukeshaw23. He joined Twitter in August 2011 and so far has 2 million followers.

Likewise, he has 267 post shares and 2.8 million followers on his official Instagram handle. He also has a Facebook page with over 821k people following his journey. He created this page on July 28, 2014.