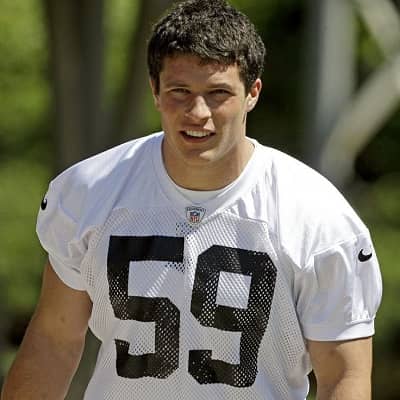 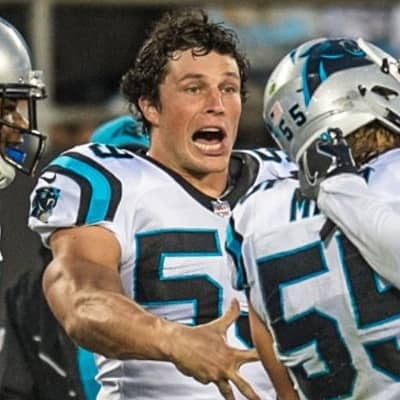 Luke Kuechly was born on 20th April 1991 and is currently 30 years old.  His full name is Luke August Kuechly and his zodiac sign is Taurus. Likewise, Luke was born in Cincinnati, Ohio, United States of America but spend his childhood in Evendale City, Ohio. Similarly, he holds American citizenship. Likewise, he is a Caucasian by ethnicity and is a Roman Catholic. Regarding his family background, Luke is the second son of Tom Kuechly and Eileen Kuechly. Likewise, he has two brothers, his elder brother is John Kuechly and his youngest brother is Henry Kuechly.

Ever since childhood, Luke was keen on playing various sports. Likewise, he started playing football from his school days and took part in every sports meet. Similarly, he also played football in college at the national level and achieved many awards on his college days. Furthermore, regarding his educational background, Luke completed his school at St. Xavier High School in Ohio. Likewise, he took a marketing major and graduated from Boston College. Moreover, during his school days, Luke used to play linebacker and safety for the football team. Likewise, in junior class, he has already earned 147 tackles, six sacks, two forced fumbles, three fumble recoveries, two interceptions, and a touchdown as a linebacker.

Luke started his career in soccer after being a member of the Atlantic Coast Conference. In this, he played for the Boston College Eagles football team for two years from 2009 to 2011. Followed by his journey as a true freshman, Luke started his career as an outside linebacker replacing Mark Herzlich as he misses the season due to Ewing’s sarcoma. Likewise, he successfully finished the season with 158 tackles (87 solos) leading the team and conference being the second nationally and first among freshman. Moreover, Luke could successfully break the freshman tackle record former set by Stephen Boyd in the year 1991. Likewise, he became the ACC Defensive Rookie of the Year in the year 2009 and also in the CFN All-Freshman Defensive Team in the year 2009.

Followed by this, Luke became the middle linebacker at the beginning of the sophomore season leading the country with 183 tackles (110 solos). Likewise, he was the finalist for the Butkus Award and Nagurski Award. Similarly, Luke made 191 tackles during the 2011 season averaging nearly 16 tackles per game. Likewise, his compiled stats on the 12-game regular season finishing with a 4-8 record and was ineligible for post-season play. Moreover, at the end season, Luke almost broke the NCAA Football Bowl Subdivision single-season tackle record-breaking the single-season tackles per-game record with 15.9.

During his final year of college, Luke entered the 2012 NFL Draft. Likewise, he became the top linebacker ranking him tenth on his ‘Big Board’. Followed by this, Carolina drafted Luke on its first-round: the first linebacker selected and the ninth overall pick. Likewise, at the beginning of the season, he started as an outside linebacker instead of a middle linebacker. Similarly, there was a record of Luke getting his career-high 16 tackles honoring as NFC Defensive Rookie of the Week. Likewise, he became the second Panter to receive the award after Julius Peppers. Luke has credited with a franchise-record of 205 tackles, surpassing James Anderson’s 174 sets in 2011 becoming the first rookie leading NFL. Likewise, in the second season, Luke became the leader of a stingy Panthers defensing the finished season as runner-up in points and allowing yards.

Similarly, he became selected for the Pro Bowl of 2014 having high 12 tackles for Team Sanders. Likewise, he also became the NFL Defensive Player of the Year, NFL Defensive Rookie of the Year in successive years. Followed by this, on the Carolina Panthers Season of 2014 Luke made a record of nine tackles, a sack, a forced fumble, and a tipped pass leading to an interception. This game was against Tampa Bay Buccaneers. Followed by this, there was the game against the Detroit Lions in which Luke made a record of 11 tackles and two pass deflections of 24-7 to victory. 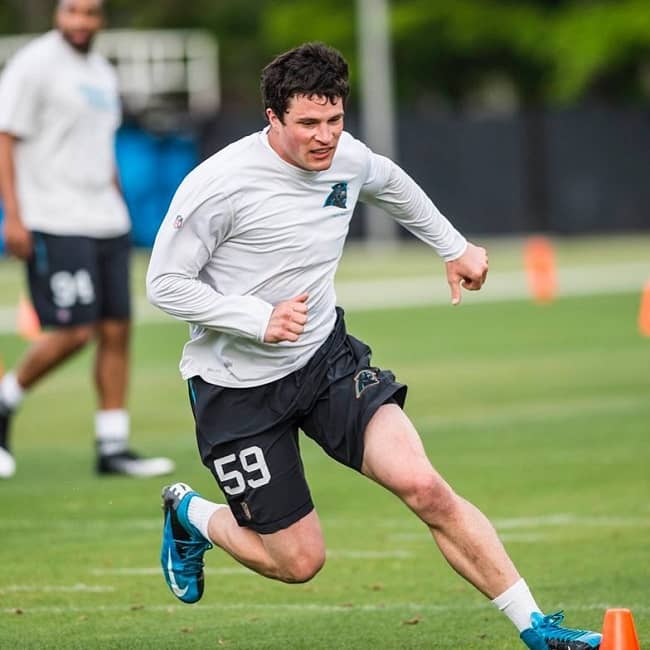 The American professional football player Luke has a primary source of income through his game. Likewise, according to various online sources, Luke has a net worth of around $25 million. However, there is no information about his asset values like houses and cars.

Regarding his relationship status, Luke is straight and in a relationship. He is dating his college sweetheart Shannon Reily since the year 2012. They met during their college days and have been living a lovely life together. Likewise, Shannon is also a sportsperson and played hockey and Lacrosse during her college days.

The American athlete stands the height of 6 feet 3 inches (75 inches) tall and weighs around 107 kg (238 lbs). Likewise, his body measurement as chest-waist-biceps is 44-32-16 inches. Looking at his physical appearance, he has a dashing and charming personality. Likewise, he has a fair skin tone with dark brown hair and eye color.