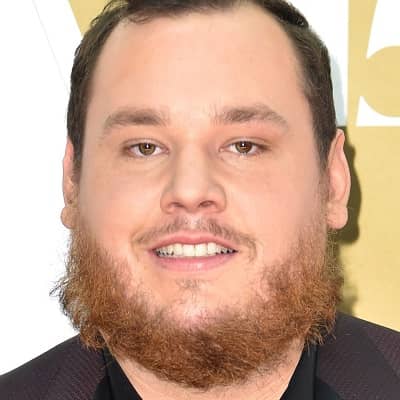 Luke Combs is a famous American singer-songwriter. Luke Combs has been active in the music industry since the year 2014. Since then, the singer-songwriter has earned several prestigious awards and nominations for Grammy Awards, CMA awards, and iHeart Radio music awards among many others.

Luke Combs was born on March 2, 1990, and his age is currently 32 years old. His birthplace is Huntersville, North Carolina, the U.S.

Likewise, his full birth name is Luke Albert Combs and his star sign is Pisces.

He is an only child and his parents are his mother Rhonda and his father Chester Combs. He moved to Asheville, North Carolina, with his family when he was only 8 years old.

Talking about his educational journey, he attended A. C. Reynolds High School.

There, he played football as well as performed with multiple vocal groups. He continued to obtain higher education at Appalachian State University.

Later on, he moved to Nashville, Tennessee. It was to pursue a career in music. 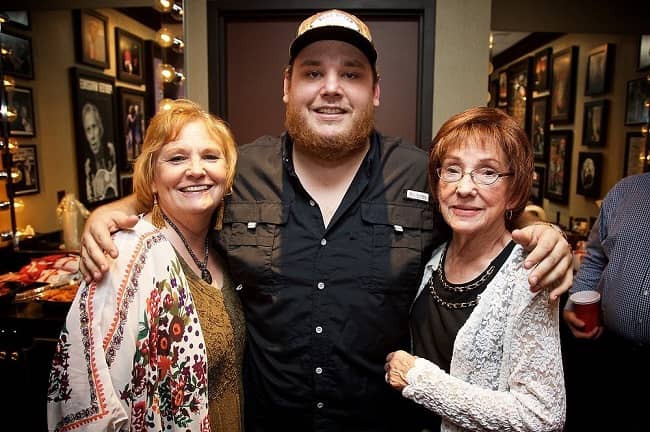 Caption: Luke Combs posing for a photo with his mother and grandmother. Source: Instagram

Moreover, through his music, he has bagged two Grammy Award nominations, five CMA awards, and two iHeart Radio music awards. Besides these, he has also received numerous other nominations and awards.

Moving on, he has an estimated net worth of approximately $5 million US dollars as of 2022. However, there is no information about his salary, asset values, cars, houses, endorsements, and so on.

Singer Luke Combs began struggling with anxiety and OCD (obsessive-compulsive disorder) in adolescence. He struggled with these disorders throughout his college years.

At present, although he has learned to control himself better, the singer still struggles with obsessive thoughts from time to time.

Talking about his romantic relationships, he started dating Nicole Hocking in early 2016. The lovers had their engagement in November 2018 and later tied the knot in Florida. Their wedding was very recently on 1 August 2020. 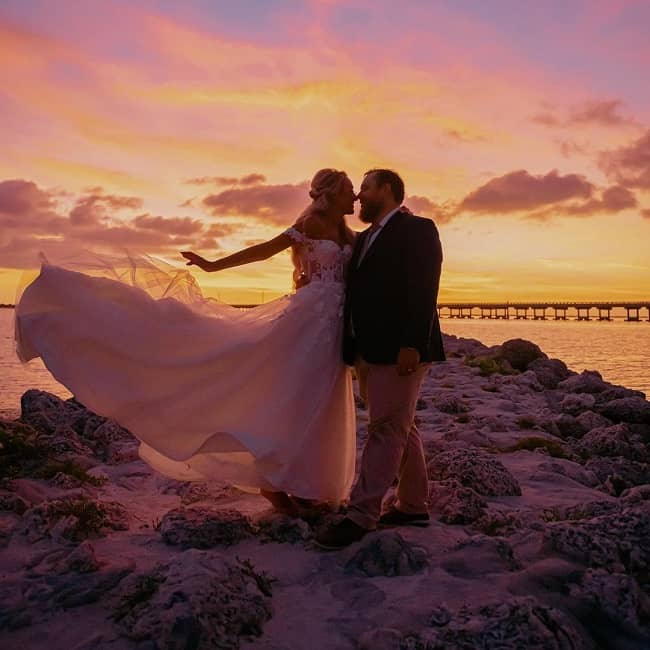 Caption: Luke Combs and his wife Nicole Hocking posing for a photo during their wedding photoshoot. Source: Instagram

His most notable performance was the solo performance at the world-renowned Carnegie Hall. He dropped out of college to pursue a career in music. The well-known singer moved to Nashville.

There, he released his debut extended play called The Way She Rides. It was back in the year 2014. The same year, the singer also released his second EP called Can I Get an Outlaw.

Then in the year 2016, the country singer’s first single titled Hurricane sold 15,000 copies in its first week.

Moreover, this single also reached #1 on the country radio airplay chart. It was on 15 May 2017 and it remained on the chart for 2 weeks.

In the year 2016, Sounds Like Nashville included him as one of its “Artists to Watch.” Then in the year 2017, he released his debut album called This one For You.

His debut album reached #1 on Billboard’s Top Country Albums and #5 on the US Billboard 200.

These were the achievements in the first week of the album’s release. Some songs on this album are When It Rains It Pours, One Number Away, She Got the Best of Me, and Beautiful Crazy among others. 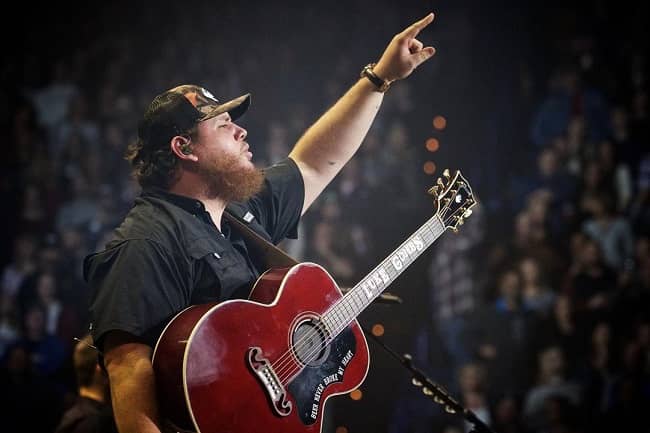 Caption: Luke Combs was captured during his performance. Source: Instagram

Subsequently, he released the second album on 8 November 2019. The second album is called What You See Is What You Get. This album topped the charts in multiple territories.

Moreover, this album also became his first one to top the charts. Some songs on this album are Beer Never Broke My Heart, Even Though I’m Leaving, Does to Me, and Lovin’ on You.

Then on 11 June 2019, the Grand Ole Opry invited him to become the newest member of their stage concert. As of August 2019, the album This One’s for You hit its 44th week at #1 on “Top Country Albums”.

Hence, this album set the record for the longest reign at the top of this chart by a male artist.

Furthermore, he also released the deluxe version of his second album on 23 October 2020. This version of his album includes the song Forever After All and four other additional songs. This song reached #2 in the United States and #3 in Canada. 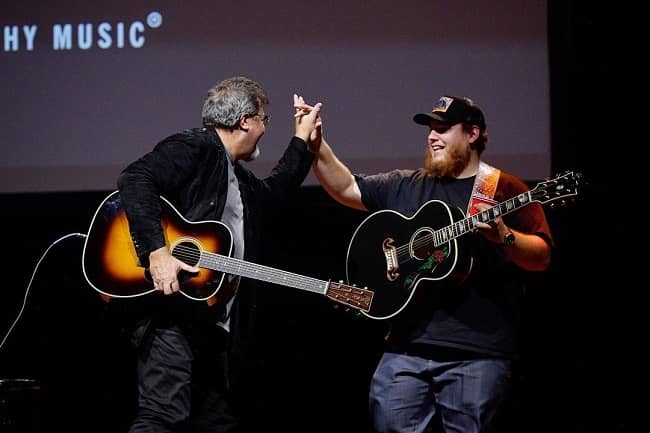 Caption: Luke Combs performing together with Vince Gill for ‘All for the Hall’ benefit show supporting educational initiatives at the Country Music Hall of Fame and Museum. Source: Instagram

Talking about his social media presence, Luke Combs joined Twitter in September 2009 and so far has over 973.1k followers on his @lukecombs account. Similarly, he created his YouTube channel “Luke Combs” on March 7, 2011.

Since then, the singer has garnered more than 2.81 million subscribers and over 2 billion views on his official channel.

Other than this, there is no further information regarding his other body measurements including his chest-waist-hip measures, biceps, dress size, shoe size, etc. Further, he has brown hair color and hazel eyes.