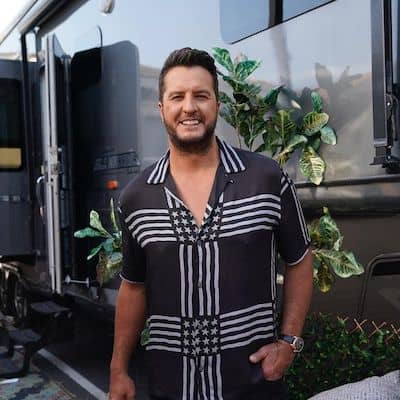 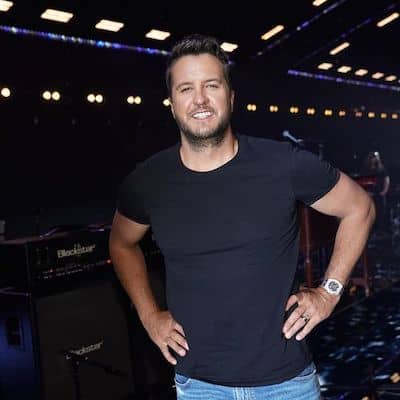 Luke Bryan was born in the year 1976 and celebrates his birthday on 17th July every year. Likewise, the singer is 45 years old at the moment. He was born in Leesburg, Georgia, USA. Moving on to his nationality, he hails from American nationality and was born under the star sign Cancer. Similarly, his full name is Thomas Luther Bryan.

Reflecting on his family members, he was born to LeClaire Bryan and Tommy Bryan. Likewise, both his parents happen to be farmers. Talking about siblings, the country singer had a brother named Chris Bryan. However, he was killed in a car accident. Growing up he used to listen to a lot of folk and country music.

He first went on to attend a local high school in his hometown. After his high school graduation, he went on to attend Georgia Southen University. The university is located in Statesboro, Georgia, USA. Moreover, He graduated in the year 1999 with a bachelor’s degree in business administration. After a couple of years, he moved to Nashville to pursue a career in music.

Luke Bryan is a famous American country singer. After he moved to Nashville, he joined a publishing house in the city. Likewise, his first work was the title track of Travis Tritt’s 2004 album ‘My Honky Tonk History.’ Later on 10th March 2009, he released an extended play (EP) titled ‘Spring Break with All My Friends.’ The EP featured two new songs, ‘Sorority Girls’ and ‘Take My Drunk Ass Home.’ Moreover, the extended play also had an acoustic version of ‘All My Friends Say.’

Following his extended play, he released his fourth single ‘Do I’ in May 2009. Likewise, his music went on to become extremely popular and scaled to the number two position on the ‘Hot Country Songs chart. Moreover, on 14th March 2011, he followed his third EP with his seventh single ‘Country Girl (Shake It For Me).’ The music also went on to be a viral hit and peaked at number four on the country music charts and number 22 on the ‘Billboard Hot 100’ chart. 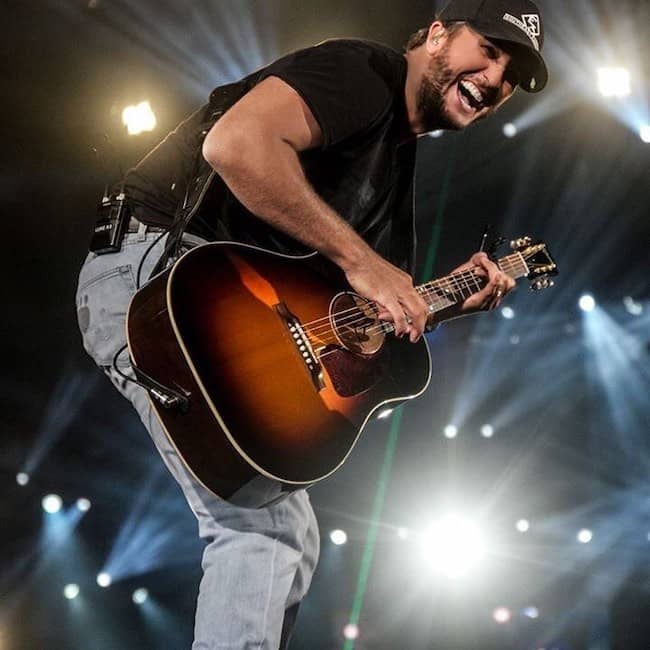 Furthermore, the singer then his third studio album ‘Tailgates & Tanlines’ in August 2011. His album successfully peaked at number one on the ‘Top Country Albums chart and number two on the ‘Billboard 200’ chart. All of the album’s new singles ‘I Don’t Want This Night to End,’ ‘Drunk on You,’ and ‘Kiss Tomorrow Goodbye’ reached number one positions on country music charts. Furthermore, In May 2015, he came up with his fifth studio album ‘Kill the Lights.’

The album performed comparatively well than Dr. Dre’s ‘Compton’ to debut at number one on the ‘Billboard 200’ chart. Moreover, all the songs from the album reached number one positions on the ‘Billboard Country Airplay chart. This made him the first artist in the 27-year-history of the chart to achieve six number-one singles from one album.

Furthermore, In the year 2016, he successfully became one of the 30 artists to perform ‘Forever Country,’ a mash-up track of ‘Take Me Home, Country Roads,’ ‘On the Road Again,’ and ‘I Will Always Love You.’ 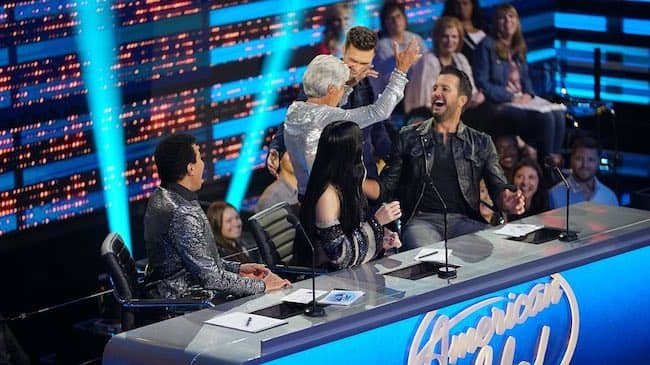 Caption: Luke on the set of American Idol(source: Instagram)

Luke Bryan is a married man. He married his college sweetheart, Caroline Boyer. Likewise, the couple has two sons named Thomas Boyer Bryan and Tatum Christopher Bryan. Likewise, the beautiful pair has been happily married for over a decade. 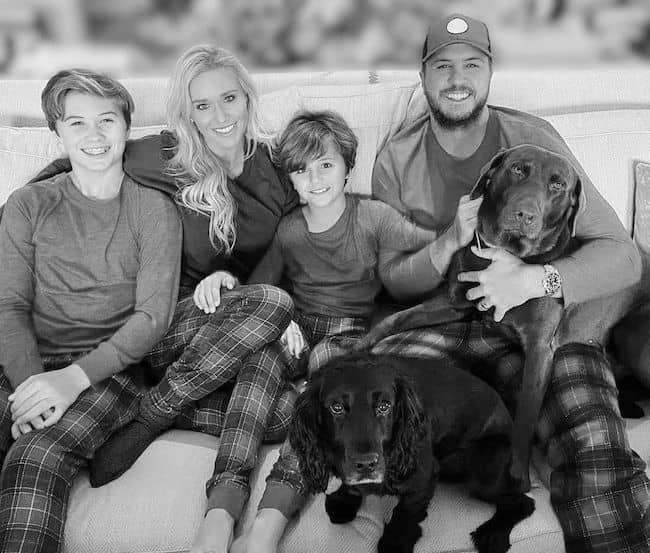 Luke Bryan is a handsome man. He regularly goes to the gym to maintain his body shape. As for his height, he stands tall at 6 feet 3 inches and weighs 92 kg. Likewise, the country singer has dark brown hair and eyes.