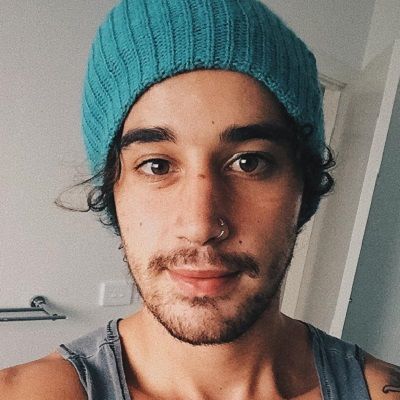 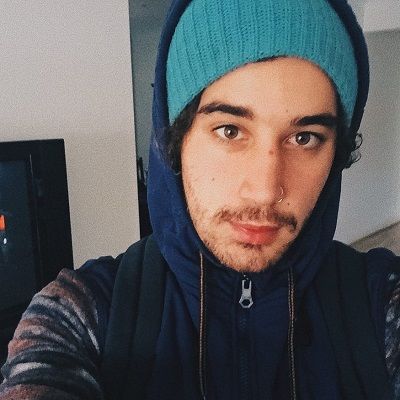 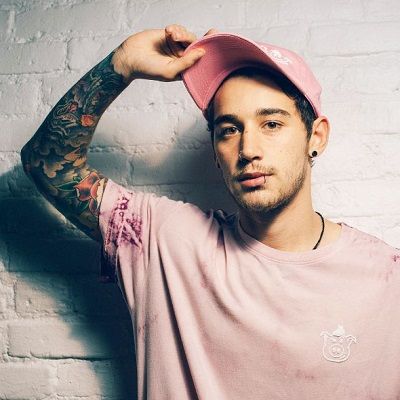 Luke Brooks entered this world on 3rd May 1995, in Melbourne, Australia. As of 2020, he is 25 years old and his sun sign is Taurus. He has a twin brother, Jai Brooks, also a member of the ‘Janoskians.’ He was born two minutes before his brother Jai. His elder brother’s name is Beau Brooks. Moreover, Gina Brooks is his mother, who is a proud mother of all three children. She is also their manager and accompanies them on tours and for appointments.

He was a bright student in school and a part of regular school up to High School. In High School, he dropped out in the midst of his course, since he wanted to expand his channel with his brothers, and school wasn’t contributing to it in any way. 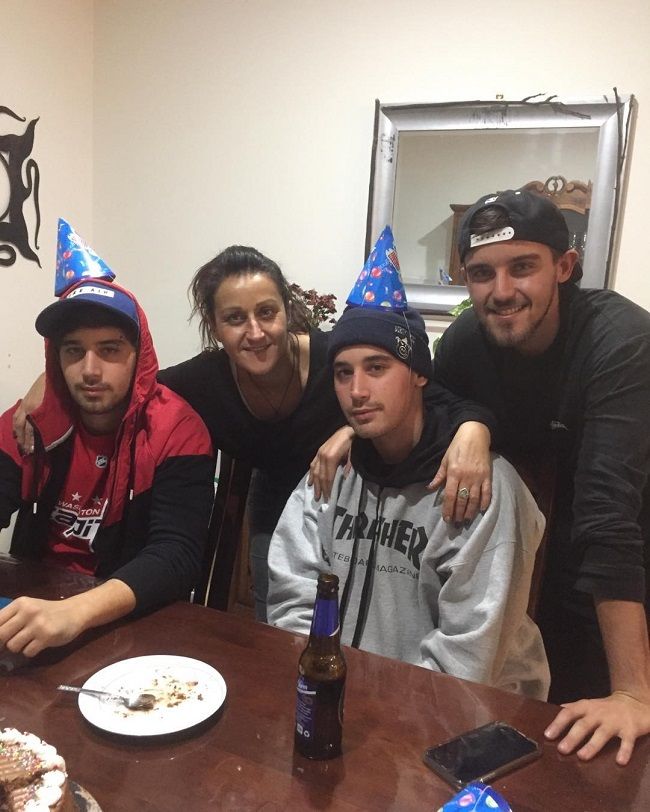 Caption: Luke and his family clicking a photo on their birthday. Source: Instagram

Luke was always interested in YouTube, with his elder brother Beau guiding the way. He dropped out of high school in order to focus on YouTube; together with his siblings and friends, he formed a channel called ‘Janoskians’ with the brothers being the founders. They posted their first video in 2011. He along with his group also featured in a video of famous Australian singer, Faydee.

In fact, this wasn’t the first time he was featured on television. When he and his twin were eight, they featured in an advertisement that was aired in Japan. Their random public pranks have been most viewed and have earned them millions of viewers, the most popular ones being their hilarious parodies such as ‘Girls Just Wanna Have Fun’ and ‘The Talk Dirty Dance’. They also make popular mockumentaries where in good humor they document recent events.

The boys have created their own music videos and songs, some being – ‘Set This World on Fire’, ‘Real Girl Eats Cake’, ‘Would You Love Me’, ‘That’s What She Said’, and more. They were also present at the Nickelodeon’s 28th Annual Kids Choice Awards. As young entrepreneurs, they have their own clothing line called the ‘Dirty Pig Clothing’. So far he has also been busy with his world tours. His previous two world tours in 2013 and 2014 had been big successes. 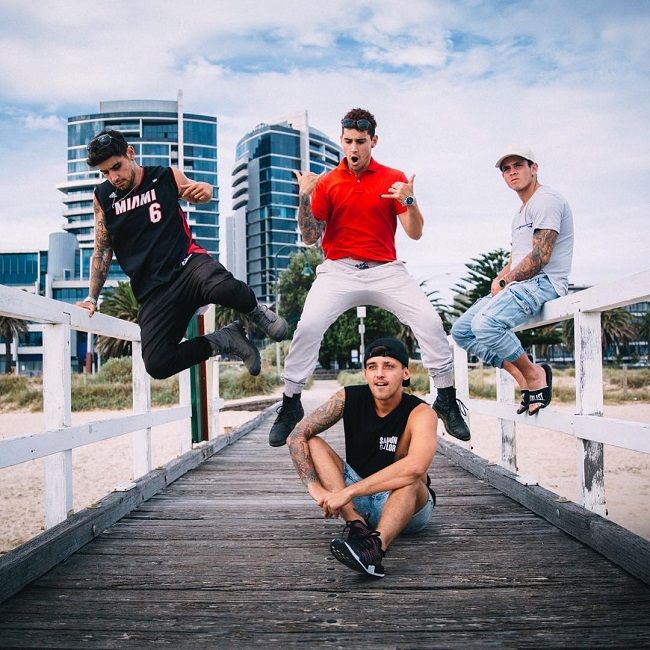 Although he has an identical twin, his uniqueness stands out. He is called the “cutest” member of the group, with his fans majorly being young ladies. He is charming and since 2011 has transformed from a cute boy into a good-looking dapper gentleman.

He takes inspiration from the famous ‘One Direction’ band and loves their dressing sense. He has a subtle and warm voice and makes a fabulous singer. He also believes in standing up against any form of bullying. Since in his own past he has encountered plenty of it, he hopes to make others strong enough to not encourage bullying.

He aspires to one day become a popular singer and top the music charts. He loves the color blue. He is also a camera freak and loves taking selfies. He loves his brothers and the trio shares a strong bond. However, he doesn’t like people confusing him for his twin, as he has a competitive streak and wants to be known for himself.

Since he has good photographic skills, he is the official editor of all videos shot by the group. He loves food, especially Spaghetti Bolognese. One flaw he wants to overcome is that he is a little short-tempered. He also has a fear of crossing roads, thus he prefers to crossroads with a companion.

Luke manages to sweep ladies off their feet with his excellent guitar skills. He and Kiana Brown began their relationship in 2015. She has also featured in a couple of his music videos. They were even pictured smooching at a prom-themed party in 2014. Then, there was another picture posted by Kiana on her Instagram account hugging the Australian star. However, it is not sure if they are still dating or not.

Moreover, he was reported to have had a fling with the American model and reality show star, Kendall Jenner in 2015. The picture of them kissing each other gave rise to these relationship rumors.

He has an athletic body structure. He stands tall at a height of 5 feet 10 inches and weighs around 60 Kgs. Moreover, he has dark brown hair and eyes of the same color. He has a piercing on his nose and has tattoos on his arms. 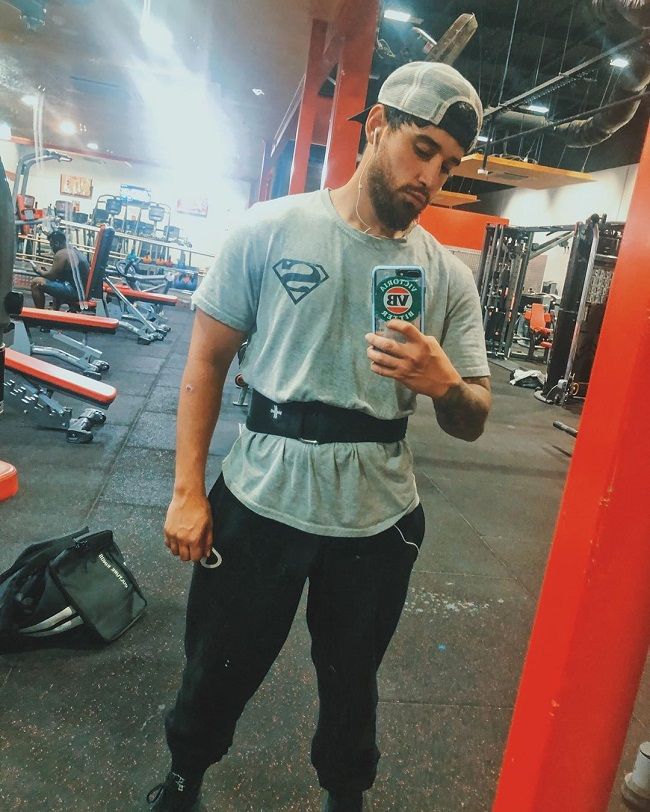 He is socially active on different social media platforms. Luke has earned more than 2.03 million followers on his Twitter account. Further, his @lukebrooksofficial Instagram account has gained over 634K followers. He is also found on Snapchat under the username @littlebitofluke.