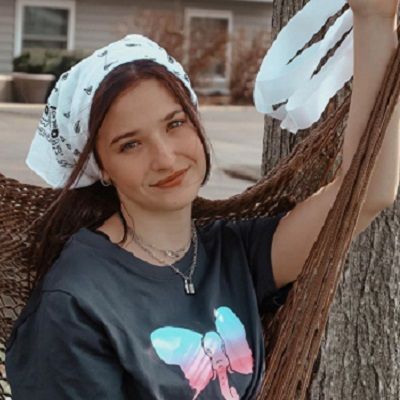 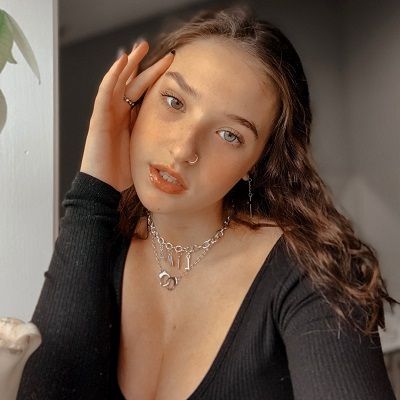 Lowkeylina is an American Tiktok star and social media personality. Lowkeylina also has a Youtube channel ‘LowkeyLina’ in which she has posted cover songs and vlogs.

Lowkeylina was born on 21st May 2002 and is currently 20 years old. Her birth name is Angelina Sciortino and her zodiac sign is Gemini. Likewise, Angelina was born in Chicago, Illinois, United States of America. His nationality is American, belongs to the white ethnic group. Similarly, she follows Christianity. Furthermore, there is no information about his parents and their names. She has an older sister named Dominique Sciortino. 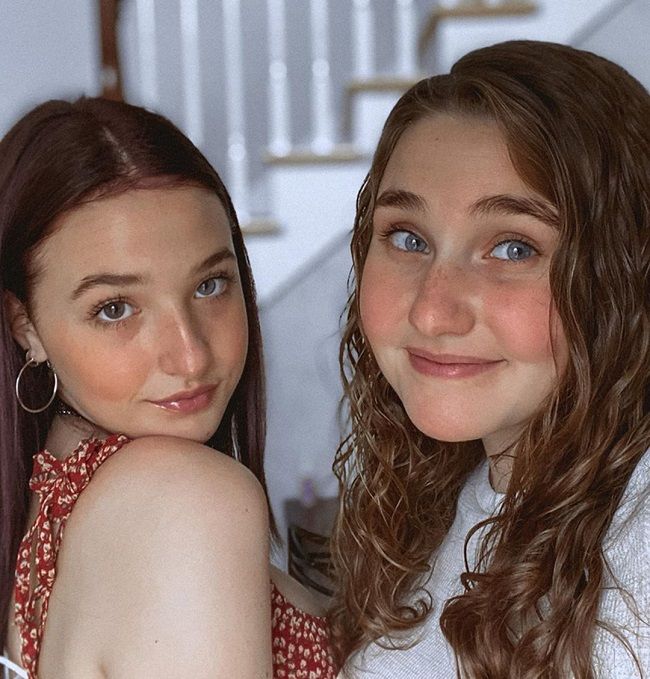 Ever since childhood, Angelina was keen on singing and dancing. Likewise, she is a dancer and has also started tumbling since childhood. She is a professional cheerleader too. Furthermore, reflecting upon her educational background, she is currently in high school. However, there is no information about his educational institution she is enrolled in.

Angelina started her career in social media with Tiktok by posting tumbling videos. Currently, she posts a variety of content like showcasing comedy and singing. Likewise, now she is a crowned muser and has more than 1.3 million followers. Similarly, with her charming personality with creative content she posts on Tiktok, she has received more than 80 million likes in her skits.  Moreover, she along with Gretchen Pearl and Zoe Hunter were the member of a collaboration group muserqueens.

Likewise, along with Tiktok, Angelina started her internet journey with an Instagram account too. She posted her first video on Instagram on 3rd April 2016 of tumbling. Moreover, she began doing and posting tumbling and singing videos on the platform.

Furthermore, Angelina joined Youtube on 31st March 2015 and has 171K subscribers so far. Likewise, her posts mainly have contents like makeup hails, fashion hauls, QnAs, and also cover songs. Moreover, Angelina often posts songs on her channel both cover songs and original songs. Similarly, her first video was ‘Reacting to my Old Private Musical. lys’ which she posted on 26th May 2017 and has 59K views. Followed by this, Angelina posted her original song Blank boys on her second video ‘My original song’. She posted this video on 20th November 2017 and has over 184K views.

Likewise, she has showcased her singing talent through many videos she posted on the channel. Some of them are, ‘Somewhere only we know (cover)’, ‘Break the distance (cover)’, ‘Teenage mind (cover)’, and ‘riptide (cover)’. Besides this, her most popular video is her cover video of the song ‘Changes’ by XXXTentacion. She posted the video ‘Changes (cover)’ on 14th April 2018 and has 3.9 million views in it.

Likewise, about Angelina’s earning, she is famous for her tumble videos she posts on her social media. She has earned quite a considerable sum amount through Tiktok videos and Youtube channels. Moreover, Angelina has also collaborated with many brands on Instagram. At such a young age, she can make quite a fame and earnings. According to various sources like Wikipedia and IMDB, her net worth is $21 million.

Angelina is straight and in a romantic relationship with fellow Tiktok star Joe Waud. Likewise, she often posts many pictures together. However, there is no information about how their relationship started. 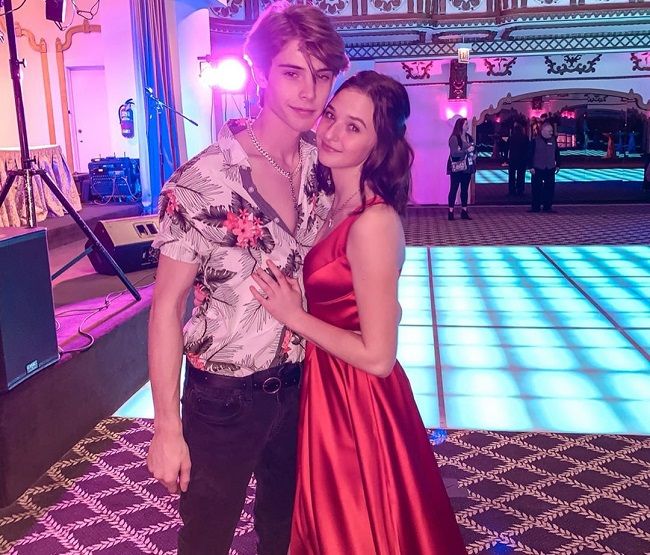 Angelina stands at a height of 5 feet 3 inches tall (63 inches) and weighs around 50 kg (110 lbs). Likewise, she has an hourglass body type and her body measurement is 34-24-34. Similarly, about her physical appearance, she has a cute facial structure and has fair skin with a grey pair of eyes and brown hair color.