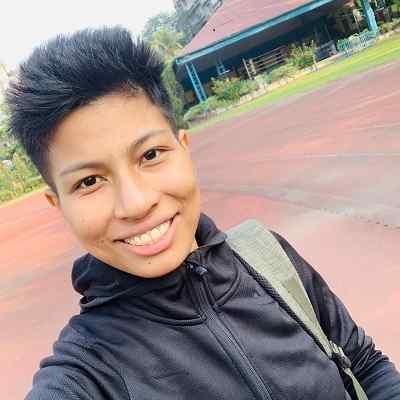 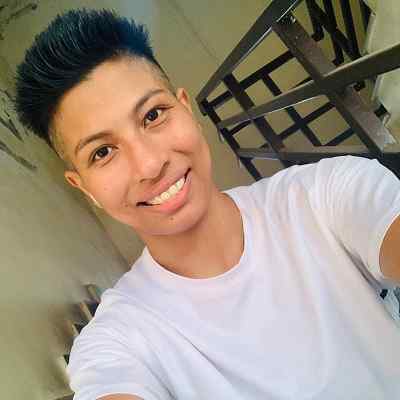 Lovlina Borgohain was born in Golaghat, Assam, India, on October 2, 1997. She is 23 years old and is under the zodiac sign, Libra. She holds Indian nationality. Lovlina’s father’s name is Tiken and her mother’s name is Mamoni Borgohain. She also has two twin sisters and their names are Licha and Lima.

Likewise, Lovlina’s father is a small-scale businessman and did struggle financially to support his daughter’s ambition but it paid off when Lovlina’s career started to flourish. Moreover, her sisters also did compete at the national level at kickboxing however, did not pursue it beyond that. Regarding Lovlina’s educational background and qualifications, she attended Barpathar Girls High School in Golaghat. 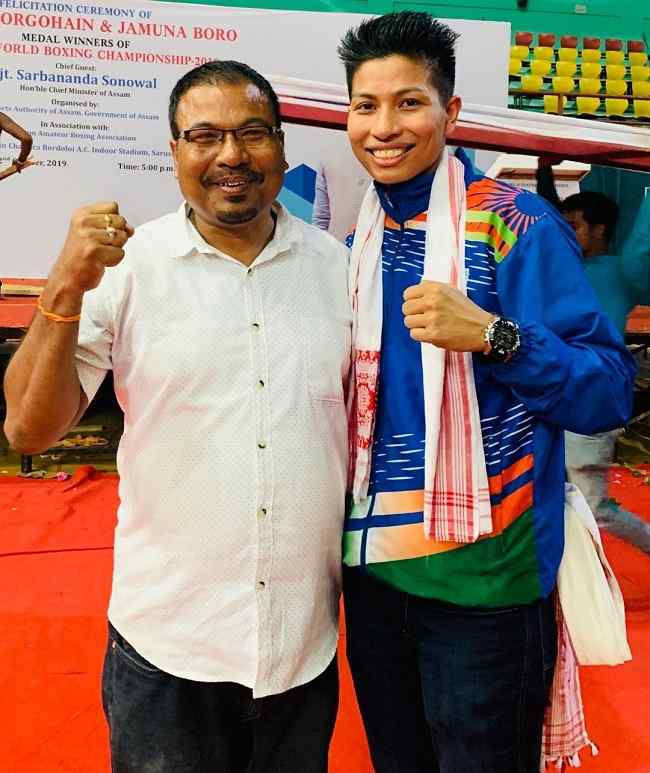 Caption: Lovlina Borgohain along with her father (Source: Instagram)

Lovlina Borgohain also began her career as a kickboxer like her sisters, however later switched to boxing later when she found the opportunity to do so. Then, the Sports Authority of India held trials at her high school where she participated. The renowned Coach Padum Boro noticed and selected Lovlina and started training her in the year 2012. Later on, Sandhya Gurung also coached her. Lovlina Borgohain was able to participate in the junior as well as senior nationals’ boxing competitions and excelled well after coach Podum Boro trained her. Likewise, she came under the guidance of the chief coach of women’s boxing Shiv Singh, as soon as her boxing career started to progress towards the international stage.

Lovlina Borgohain’s career’s biggest breakthrough came when she participated in the 2018 Commonwealth Games welterweight boxing category. Her announcement was the subject of controversy as she hadn’t received any official intimation about her selection. However, she lost to Sandy Ryan from the UK in the quarterfinals at the Commonwealth Games. Likewise, her selection in the CWG 2018 was attributed to her success at the inaugural India Open. It was an international boxing championship held in February 2018 where Lovlin was able to win a gold medal in the welterweight category.

Likewise, Lovlina Borgohain was able to secure the Olympic berth in the 69 kg with a 5-0 win in the 2020 Asia & Oceania Boxing Olympic Qualification Tournament. She was able to become the first-ever sportswoman from Assam to qualify for the Olympics after the tournament. Sadly, she lost and signed off with a Bronze medal at the Asian Olympic Qualifiers.

Lovlina Borgohain is currently a participant in the Tokyo Summer Olympics 2020 and has defeated the German boxer Nadine Apetz. She has been able to defeat Chinese Taipei’s Chen Nien-chin and assured her medal on July 30, 2021. 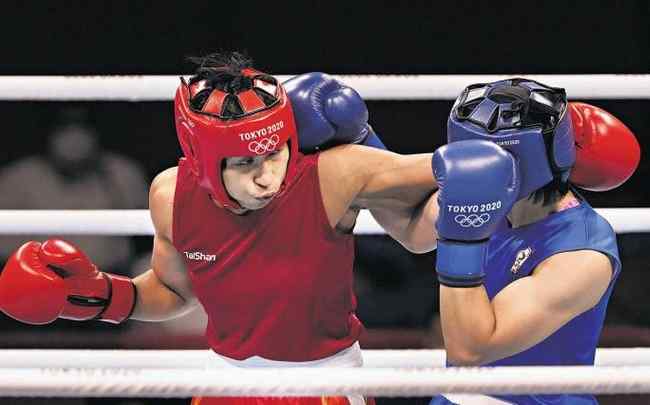 Lovlina Borgohain is possibly single at the moment and seems to be more focused on her career as well as life rather than being in a relationship. Or Borgohain might have wanted to keep her personal as well as love life private. Even when we focus on her past relationships, no information has come forward until now. So, we can pretty much assume that Lovlina has never been in a relationship.

Lovlina Borgohain has a height of 5 feet 10 inches and her weight is 70 Kg. Borgohain’s other body measurements such as her chest size, waist size, and hip size, their sizes are 32-28-32 inches respectively. Moreover, Lovlina has black hair and dark brown eyes. 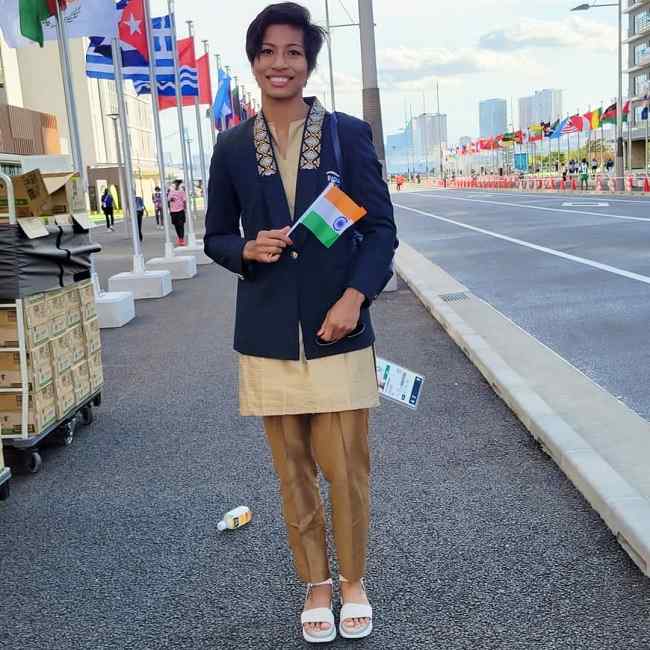 Lovlina Borgohain is pretty active on all of her social accounts. She owns an Instagram account under the name “lovlina_borgohain” and has garnered 67.5K followers on it. Likewise, she is also active on Twitter and Facebook and has mustered 29.7K and 26K followers respectively.

According to popularbio, Lovlina Borgohain has a net worth of $1-$5 million and her main income source is her boxing career but she also does earn from endorsements and commercials.