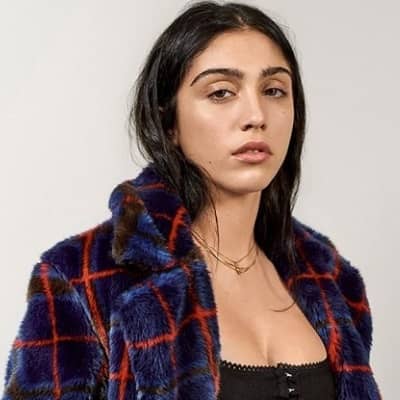 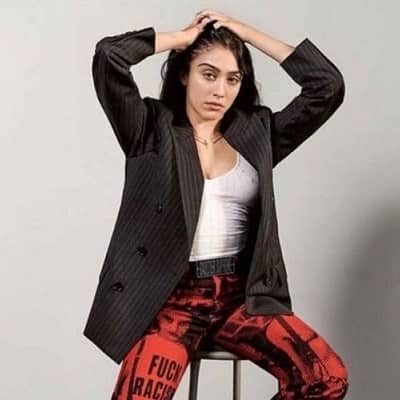 Lourdes Leon is a talented actress, model, and also fashion designer who hails from Los Angeles, California. Lourdes Leon is more popular as the daughter of the Americana singer, and actress, Madonna Louise Ciccone.

Lourdes Leon’s birthdate is 14th October 1996 and his birthplace is Los Angeles, California. Leon’s age is twenty-four years old as of now and her sun sign is Libra. Similarly, she is an American citizen and has been following the Christian religion. The name of her parents is her father, Carlos Leon, and her mother, Madonna. Also, Leon has five siblings and they are David Banda Mwale Ciccone Ritchie, Mercy James, Stelle Ciccone, Estere Ciccone, and Rocco Ritchie. Madonna was shooting a movie in Argentine when she found about her pregnancy.

In fact, her mother was on top of her victory at the time when she gave birth to her. Her birth turned into worldwide news. Her mother said in various interviews that she was feeling blessed due to her child’s birth and also that it sensed her new life. After one year of her birth, Madonna got separated from her boyfriend, Carlos, and began being her single parent. Even after their break up, the couple was still keeping their relationship in good status. Also, Carlos had permission to meet their little daughter when he wanted to.

Leon’s mother wanted to keep her daughter far from the headlines so that she could look for a profession in either law or accountancy. However, she has started growing interest in what her parents are famous for, i.e. acting and fashion.  Leon was also with her mother in various events which also started her to become on headlines. Leon’s mother started dating the ace English movie director, Guy Ritchie and their wedding took place in 2000. Then, Leon went to London together with her daughter and even has a son whose name is Rocco. 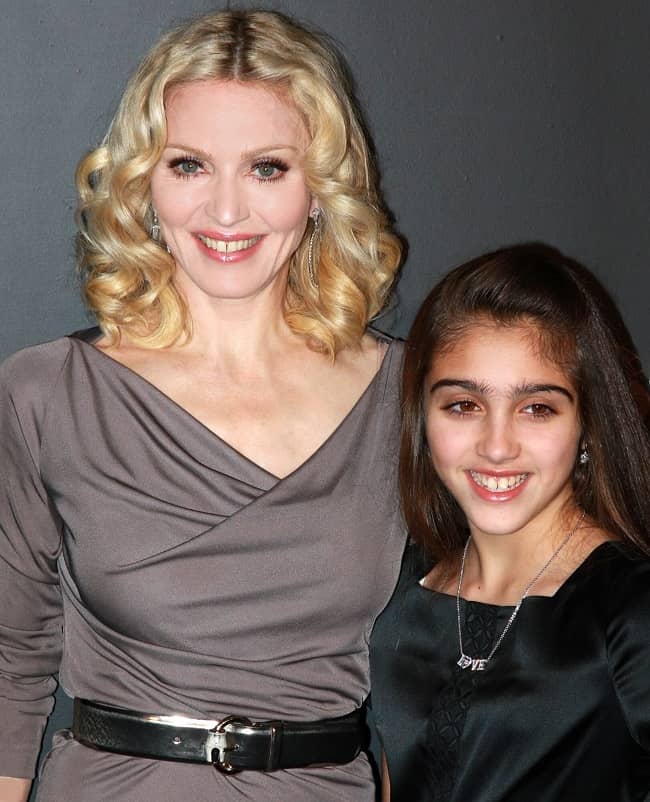 Caption: Lourdes Leon with her mother when she was young (Source: InStyle)

In London, she went to a French school together with her step-brother and eventually got fluent in the language. She was displaying every hint of being a bright child. Madonna herself also accepts that has been a very strict mother. She wasn’t permitted to go out by herself until she turns eighteen years and was also not permitted to make any boyfriend. This harsh parenting led her raising up to become a well-controlled and punctilious young lady. Because of this as well, there were some rumors that their kids weren’t happy due to the strict measures and they favored to live with their dad more.

Lourdes Leon presented hints of huge ability from the age of 6 years. Her mom brought out a famous English book series, “The English Roses”, which turned out to become a huge success. Then, Madonna told that her daughter was her main critic and delivered some vital innovative essentials which were comprised in the book. Till the time, she turned eighteen years, she was growing a perfect fashion intellect. As Madonna told herself, Leon was continuously carping on her mom’s dressing sense every time she joined an occasion.

Watching her attention in fashion and beauty, her mom took her support when she was designing dresses for her brand, “Material Girl”. Her clothing line is encouraged by 80’s chic fashion style which also tuned very popular. At the same period, Leon received the proposal to act in a Harry Potter movie but her mother didn’t give her permission to appear on-screen before completing her high school. After becoming a teenager, Leon began singing. She gave background singings for her mom at the time of a concert in the year 2012 on the song, “Superstar”.

Fatefully, Madonna recorded the single, “Superstar” in the year 1998 which was dedicated to her when she was young. Moreover, Leon was present in2 of the teaser videos at the time of the release of the Top of Madonna collection, “Celebration”. She has also provided her vocals to her mom’s album, “MDNA”. In spite of being an all-rounder, Leon desires to furnace a very thoughtful profession as an actor and has advanced from the La Guardia School of Performing Arts back in the year 2014.

Currently, Leon is chasing her majors in arts from the University of Michigan, which her mother went to. After turning eighteen years old, she started modeling for the first time together with Stella McCartney ad association for her perfume “Pop”. It obviously was the 1st perfume Stella brought out within 4 years and Leon got together with models Kenya Kinski-Jones, Amandla Stenberg, and also Grimes for the operation. She has much more to do in the future. 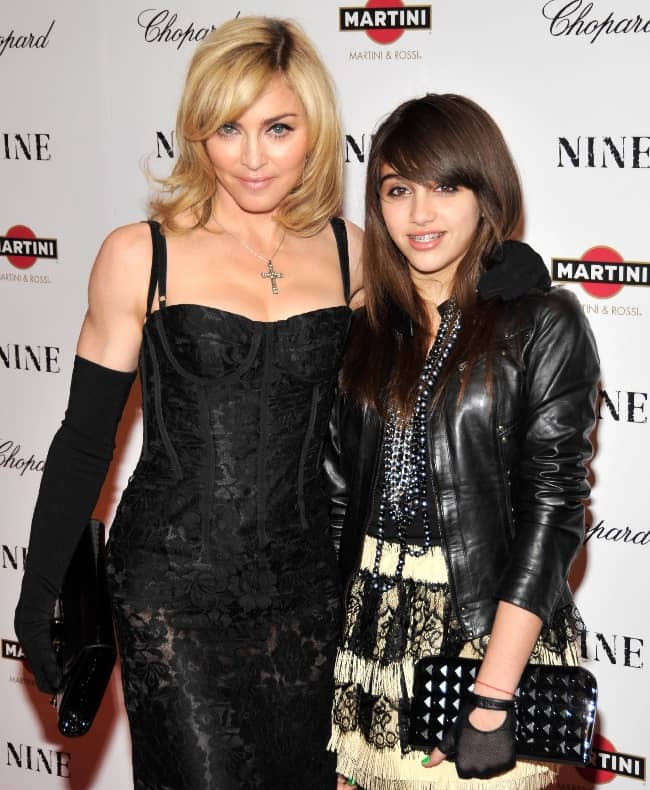 Caption: Lourdes Leon with her mother at an event (Source: Pinterest)

Though she belongs to a rich family, she also earns a good amount of fortunes by herself. The net worth of her was around $5 million as of 2018. To this day, the net worth and salary of the actress must have increased a lot. The primary source of her is from her professional career as an actress, model, and fashion designer as well. On the other side, her mother Madonna has an amazing net worth of around $590 million.

Being a successful model and actress she does have a huge reach. In addition, she has signed for brand endorsements with brands such as Burberry, Converse, Barragan, and many more.

Lourdes Leon is very open regarding her love life and one of her top relationships where she was involved was with the actor, Timothee Chalamet. They got to meet each other for the first time when they were at the La Guardia High School. The former couple was very open about their relationship in the year 2013. However, their relationship wasn’t able to go further and they eventually broke up after just one year when Timothee was captured in an image kissing another girl.

The actress however does not prefer to be in the spotlight like her mother. This is the reason, she abstains from chatting about her mom in front of her contacts who don’t recognize her mom as Madonna. Because of her weird resemblances similar to her mother, she is mentioned to be ‘mini-me’ via her mom. In March 2018, the actress was found smoking in a public area and getting close to an unidentified young guy. The rumors are disposed of yet again regarding her actuality in a relationship. 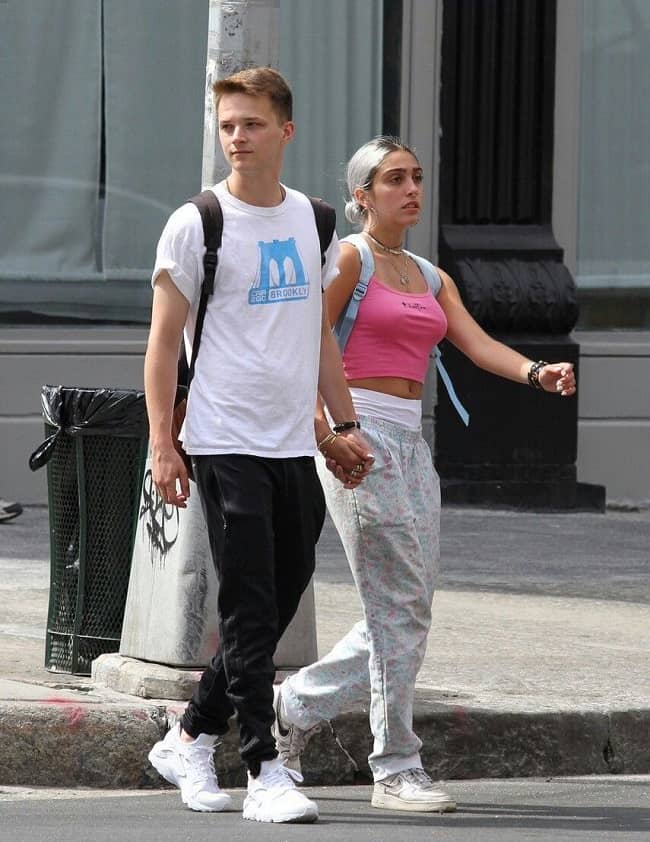 Regarding the actress’s physical appearance, Lourdes Leon has a good height of 5 feet 7 inches. The American actress even has a suitable bodyweight of around 52 kg or 114 lbs. Similarly, her body measurements are 34 inches, 26 inches, and 35 inches. Her bra size is 33 B and she wears a shoe size of 9 (US). Furthermore, the beautiful actress has a fair complexion with a brown complexion with a pair of brown eyes and dark brown hair.