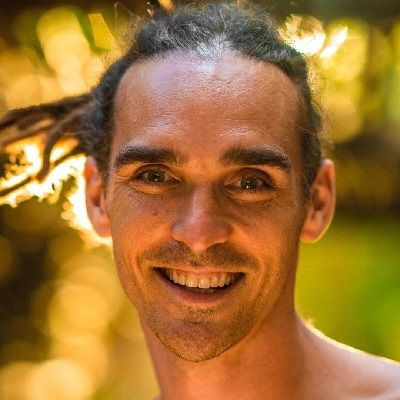 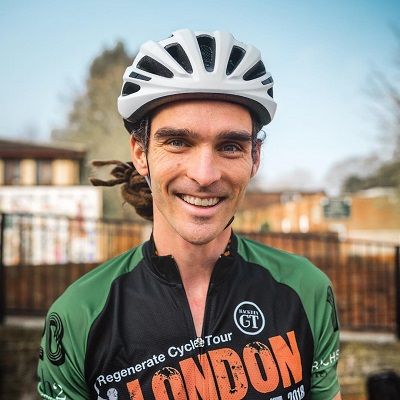 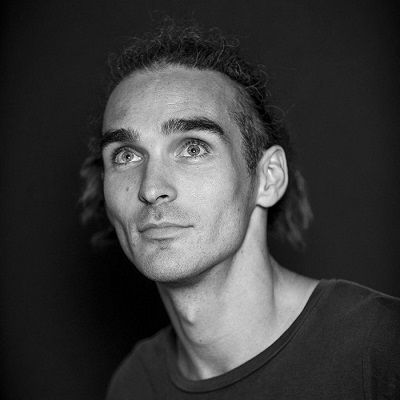 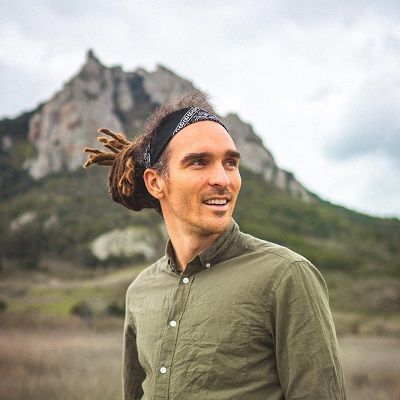 Louis Cole is a British Youtuber and also a film-maker. Louis Cole has started various projects like “Find The Nomads”, “Beyond Borders”, and “Boombus”. He is primarily popular for his Youtube vlogging channel FunForLouis. In his channel, he shares travel vlogs and after experiencing criticism, he turned his channel into a vegan cooking channel in 2019.

Louis Cole was born on 28 April 1983 and he is turning 37 years old as of 2020. Moreover, his hometown is Epsom, Surrey, England and his birth name is Louis John Cole. However, he is better popular by his online alias FunForLouis. Likewise, he has sisters named Darcy and Hilary. His parents are father Ben Cole and mother Liz Cole. They are available on Instagram under the username @mrcolecreates and @lizcole99 respectively. Looking through their accounts, it seems like his father is a chef whereas his mother is a singer. 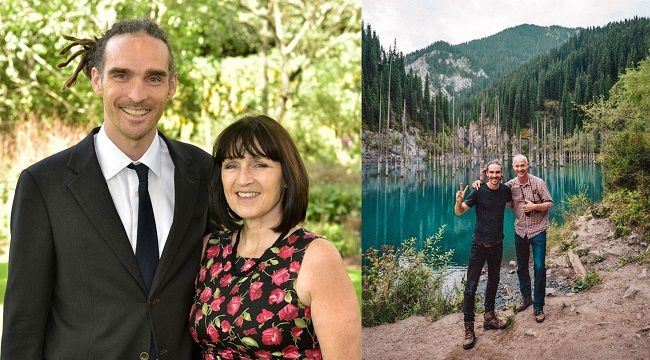 Caption: Louis Cole with mother in an official event and with his father on a trip to Kazakhstan, traveling together after 18 years. Source: Instagram

Louis Cole is a film-maker as well as a YouTube personality. Though he was born in England, he is based in Venice Beach, Los Angeles, California. He has a following of over 2 million on YouTube and is best known for posting a daily video blog on the channel FunForLouis, which documents his life and travels adventuring all over the globe. He initially found fame through filming eating stunts on another channel, FoodForLouis. However, he has taken these videos down to focus on the positive message of FunForLouis.

Likewise, healso appeared on the BBC TV show Homefront when he was younger. Then in 2007 he purchased and renovated a double-decker bus and equipped it as a mobile center to help homeless youth with music and video game facilities. This project receives funding from local council wards at present. Moreover, Discovery signed him to its Digital Seeker Network in 2015. Also, Forbes named him one of the Top Influencers – Travel 2017. He also posts videos that feature his friends Jack Harries and Finn Harries.

He started posting daily vlogs on his channel FunForLouis on 31 December 2012. Since then, he has released over 1486 vlogs consecutively as of 25 October 2017. Through this, Cole has managed to gain over 2 million subscribers as of April 2020. Then in 2019, he restarted his FoodForLouis channel as a Vegan cooking channel.

Further, he also has a social media travel management agency brand based on his slogan called Live The Adventure, which is often referred to as LTA. Later, he founded “Find The Nomads” clothing company partnering with Steve Booker and Jake Evans. They established it on 9 May 2014 but sadly it dissolved on 28 June 2016.

Additionally, the project “Beyond Borders – A Journey Celebrating Global Diversity” involved flying to 22 cities with his friend and pilot Juan-Peter Schulze (JP) over a period of 60 – 90 days. This journey began in Kern Valley, California, the USA on August 21, 2017. Though the journey has concluded, the film documenting the trip is over a year past due for release.

Similarly, in 2016, he co-founded “The Solvey Project” along with Dave Erasmus. They founded it with the aim to fund social entrepreneurs. The duo presented on stage at “Social Progress – What Works?” in Reykjavik, Iceland. The then Prime Minister of Iceland, Sigurður Ingi Jóhannsson, was also a part of this.

Moreover, on 22 March 2017, he announced on his YouTube channel that he is starting a Kickstarter campaign to fund a documentary flying around the world. The documentary’s title is “Beyond Borders – A Film Celebrating Unity with JP”.

They reached the £100,000 goal before the Kickstarter ended. They collected a total amount of £111,563 raised by 1,666 backers. As of 2019, this project is in post-production with an extended trailer being shown at Buffer Festival Toronto in September 2018. He is also the founder of “Live The Adventure” and “The Social Good Club”. 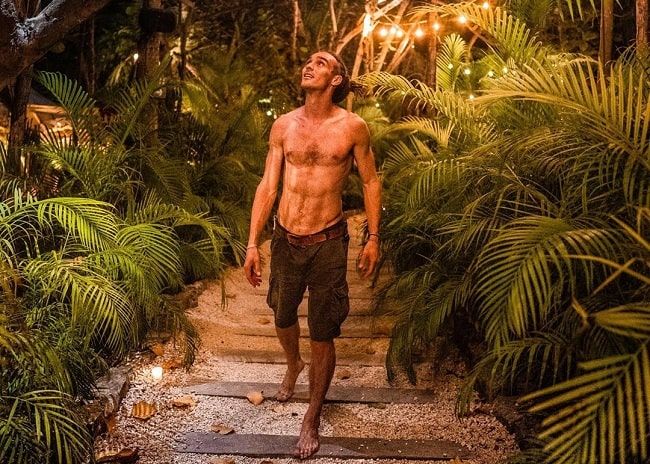 In April 2012, Louis posted a video of himself to his YouTube channel Food For Louis. In the video, he is eating a live goldfish. This caused the RSPCA to prepare a case against him under the Animal Welfare Act 2006. Since he had previously only eaten invertebrates, the fish was the first incident in which he may have broken the law. The RSPCA’s handling of the issue was criticized as “heavy-handed” in the way it pursued a “humane prankster”.

The case was settled and he admitted his “guilt”. He also received a caution, avoided a trial and a possible criminal record. Further, he also received death threats from some animal lovers. Prior to this, he has eaten locusts, a raw heart, maggots, roadkill rabbit, roadkill pigeon, a frog corpse, ragworms, and scorpions.

Then at the beginning of 2016, while driving in New Zealand with his girlfriend Raya, the police pulled him over for speeding 41 km/h over the speed limit. While the officer caught him traveling at 141 km/h (87 mph), he used discretion to officially register it as 139 km/h. Since he was officially registered under 40 km/h over the limit, under New Zealand law Cole received an NZD$400 fine instead of automatic loss of license. The story made national headlines in New Zealand.

Later in August 2016, viewers also criticized him for his vlogs from his visit to North Korea. They accused him of promoting North Korea and they also described his videos as propaganda for the North Korean regime. He then stated that he disagrees with the ideology of the regime and that the content was not funded by the North Korean government.

Louis is currently in a romantic relationship with a Bulgarian YouTube star Raya Encheva. They have been together since late 2015. Further, they made their relationship public in January 2016 by sharing a video titled 1000th VLOG W/ MY GIRLFRIEND on his official YouTube channel. Since then, the lovers have collaborated for a couple of videos and have openly flaunted their love on their respective social media accounts. They also often travel together. 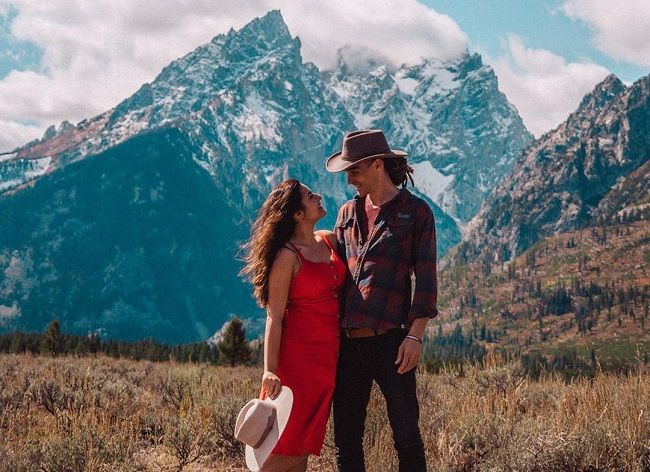 Talking about the Youtuber’s body measurements, Louis stands tall at a height of 6’4″ and weighs around 78 kgs. Other than this, there is no information regarding his other body measurement details like chest-waist-hip, dress size, bicep, shoe size, etc. Similarly, he has hazel eyes and dark brown hair. Moreover, he is also popular for his long dreadlock hair.

Louis is active on various social media platforms. He joined Twitter in October 2011 and so far has 870.7k followers. Similarly, on his Instagram handle, he has earned 1.2 million followers and shared 2171 posts as of August 2020. He also has a Facebook page with 808k followers and a Youtube channel with over 2 million subscribers. He created his channel on 7 November 2011 and so far has garnered 317,567,895 views. We can also contact him for inquiries at [email protected]

Moving on, his net worth estimation is around $250,000 dollars. He mainly earns through his Youtube travel vlogs, film-making, and other sources.