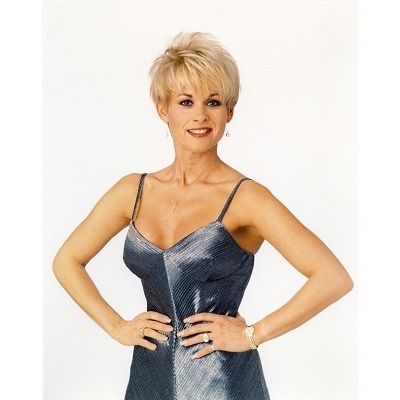 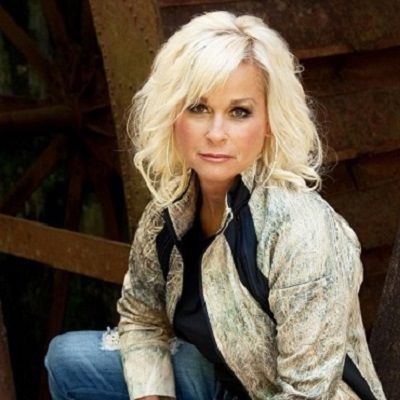 Lorrie Morgan is a famous country music singer and the daughter of the legendary American singer George Thomas Morgan. Lorrie Morgan has composed and sung for hit albums like ‘Leave the Light On’, ‘Something in Red’, and ‘Watch Me’. She has also performed with singing greats like Dolly Parton with whom she collaborated for the song ‘Best Woman Wins’ that went platinum. Her albums like ‘War Paint’ (1994), ‘Greater Need’ (1996), and ‘Shaking Things Up’ (1997) are accredited gold.

Lorrie Morgan was born on June 27, 1959, in Nashville, Tennessee, United States. She has an American nationality and has cancer sun signs. Now she is a 61 years old lady. Likewise, her birth name is Loretta Lynn Morgan and her nickname is ‘Fussy’. She follows the Catholic religion and belongs to White ethnicity.

She is the youngest of four children of legendary country music singer George Morgan and Anastasia Paridon. Her siblings are Marty Morgan, Candy Morgan, and Bethany Chamberlain. Her father, Grand Ole Opry legend George Morgan, died of a heart attack in 1975 when she was 16 years old. 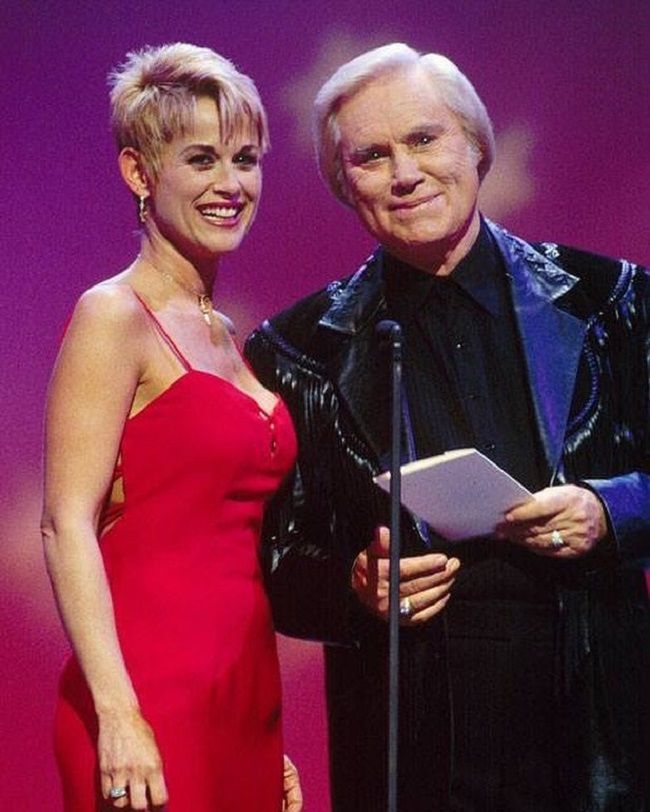 She started performing publically at the age of 13 with her father, and took the stage at the ‘Grand Ole Opry’, a weekly country music platform with her own version of ‘Paper Roses’, a song composed by Fred Spielman and Janice Torre, that was later sung by Anita Bryant. After her father’s sudden demise in 1975, she took over his band at the age of 16. Then she started writing her own songs, and even paired with the ‘Little Roy Wiggins’ band, led by steel guitarist Little Roy Wiggins in 1977.

In addition, she also worked as a part-time receptionist and singer at an American Music Publishing firm ‘Acuff-Rose Music’. Performing hundreds of shows and gigs in clubs around the country, she gained enough popularity that paved the road for her country singing career. As a rising vocalist, she was called to sing on television shows in Nashville, especially by Ralph Emery, a morning television show host, and close friend of her late father George Morgan.

In 1979, she recorded a song ‘I’m Completely Satisfied With You’. This song started playing on all radio stations and TV shows and became a small hit in Nashville. She started singing in night clubs and performed live openers for other famous American and Canadian country singers and bands like Jack Greene, ‘Billy Thundercloud and the Chieftones’, and others. She wrote and composed a new song ‘Don’t Go Changing’ in 1984, which was again a small hit in Nashville, and it was in the same year that she was inducted into the Grand Ole Opry as the youngest vocalist.

Through her extensive singing career, she has delivered more than 20 hit singles that have topped the famous ‘Billboard Hot Country Singles and Tracks’ and recorded more than a dozen studio albums, live shows, and other hit compilations. As a country singer with a huge fan following, she has sold over six million records worldwide. Being an artist and musical icon, she continues to write and compose songs for her Country Music fans worldwide. 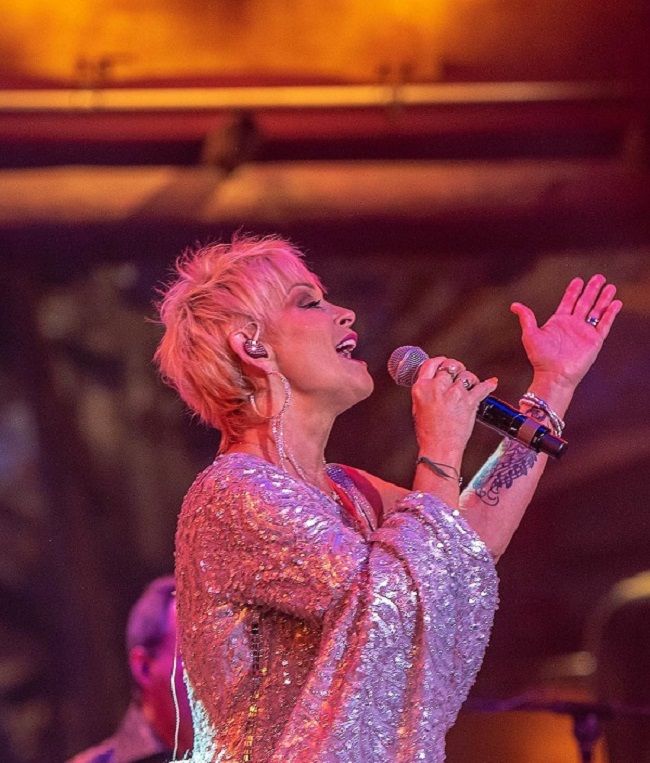 Her duet song with Keith Whitley, ‘Til a tear becomes a Rose,’ won the Country Music Association Award for vocal event of the year in 1990. She was voted as the ‘Female Vocalist of the Year’ by ‘Music City News Awards’ for four years: 1994, 1996, 1997, and 1998, Moreover, she won the ‘Hot Shot Debut’ Award for her album ‘Reflections: Greatest Hits’ (1995) for the fifth position debut on the country album charts.

The net worth of her is $6 million. Lorrie Morgan gained all her net worth from producing a string of chart-topping hits from the late 1980s. The hard work of her from the age of 13 has succeeded and has made her known all over the world.

Talking about her relationship status, she has married six times until now. Lorrie Morgan married bass player Ron Gaddis in 1979, but the couple parted ways the following year. She had one child with him, daughter Morgan Anastasia Gaddis. Whilst performing shows for various clubs and gigs, she got into a relationship with American Country Music singer Keith Whitley who was also touring to promote his album ‘L.A. to Miami’. The pair got married on 22nd November 1986; the marriage ended with the demise of Keith Whitley due to alcohol poisoning in 1989. The couple had one child, Jesse Keith Whitley, who is also a musician.

Then she got married to a bus driver named Brad Thompson on 27th October 1991, but the marriage ended in 1993 with a divorce. She tied the knot for the fourth time with country music singer, songwriter, and musician Jon Randall on 16th November 1996, but the couple divorced in 1999.

On 29th September 2001, she tied the knot for the fifth time with Sammy Kershaw, a country singer and a politician as well. The couple divorced on 23rd October 2007 due to personal issues. She married Randy White, a Tennessee businessman, on 15th September 2010, and the couple remains married till now. 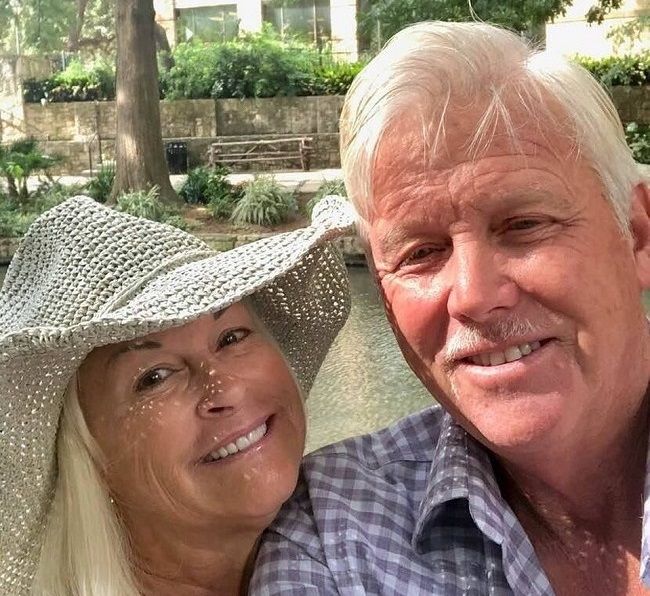 Lorrie has a height of 5 feet 1 inch and has a weight of 50 kg. She has a slim body type. The size of the shoe that she wears is 7.5 (US) and the dress she wears is of size 2 (US). Even though she has become old, but she has maintained her figure and health very well.

She uses Facebook and Twitter. She often shares posts there. Thousands of people follow her on social media. She also has her Instagram account but she is not active this year. Her last post was in June 2019. Hence, she has a huge fan that loves and respects her and her work.