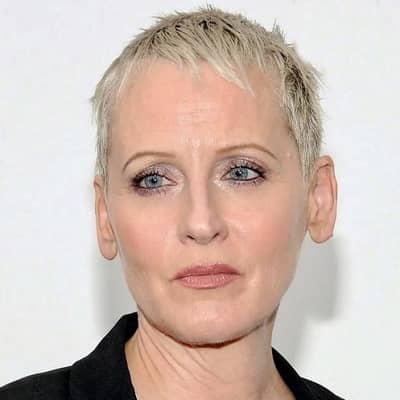 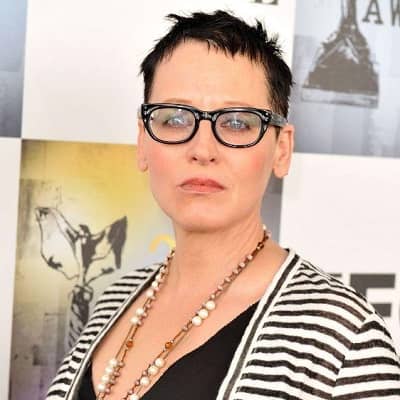 Lori Petty is a television and movie actress from the United States. Moreover, Lori Petty is best known for her roles in films such as ‘Point Break’ and ‘A League of Their Own.’

Lori Petty was born on the 14th of October, 1963, in Chattanooga, Tennessee, the United States of America. According to her birth date, she is 58 years old and holds an American Nationality. This actress has a birth sign of Libra and believes in Christianity.

Her father worked as a Pentecostal minister and had to travel to different parts of the country. So, he would often take his children along with him. Lori is the eldest of three children of her parents. Lori traveled with him on most of these tours.

She encountered a lot of difficulties in her academic career as a result, but it also helped her to explore her artistic side and develop her acting skills. Besides this, she has not shared information regarding her parents and sibling at the moment. 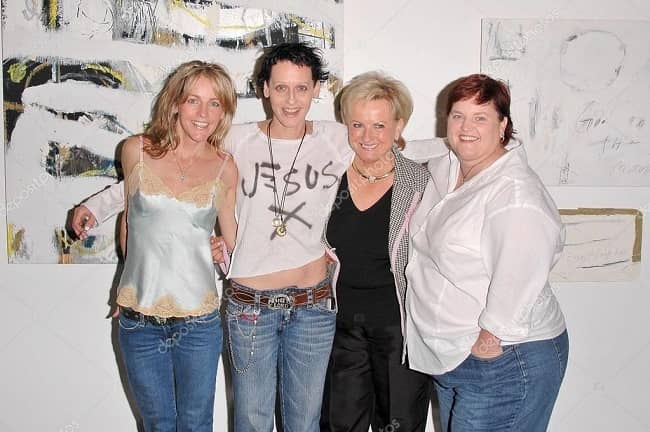 Caption: Lori Petty with her mother and sisters (Source: Depositphotos)

Talking about her academic career, she completed her graduation from ‘North High School’ in Iowa in 1981. She was a really good student, but because she was an outsider, she spent more time by herself. She began looking for a job as a graphic designer as soon as she graduated from college.

Lori spent a few years working in Nebraska, but she quickly became tired of it. She then began looking for a more interesting job. She soon moved to New York and enrolled in an acting program.

In addition, she tried to audition for Broadway plays and commercials in New York, but she had little luck. Lori then traveled to Los Angeles and began holding regular auditions. In the middle of the 1980s, this actress eventually faced the camera after months of effort.

Professionally, Lori Petty had an appearance in a “Twilight Zone” episode in 1986. She was just playing the part of a teenager for a short spell, and her only responsibility was to look good. Moreover, she appeared in several TV movies and series the next year, including “Stingray,” “Bates Motel,” “The Line,” and “Head of the Class.” She frequently appeared on television, but she felt unhappy.

She made an appearance in the 1988 short film “…They Haven’t Seen This…” The 1990 movie “Cadillac Man” marked her formal film debut. By that time, things had started to change, and Lori was starting to attract attention. Her breakout performance was in the 1991 action film “Point Break,” when she guest starred with the young actor Keanu Reeves.

Other televisions and movies appearances

‘A League of Their Own,'(1992) in the movie, she portrayed a tomboyish baseball player and received a good amount of praise.  She was successful in gaining a significant role in the 1993 family drama “Free Willy,” in which she played the appealing role of a young talented woman who loves animals. She played a female recruit in the 1994 movie “In the Army Now,” which solidified this view.

With the character that over time came to be regarded as legendary, she also displayed her impeccable comic timing. In 1995, she landed another big part in her career as the star of the science fiction action comedy “Tank Girl.” A film was made based on a British comic book series. The character that Lori played in the movie was well-liked.

She portrayed ‘George Sanders,’ a wild bohemian artist, as the lead character in the 1996 television series ‘Lush Life. After five episodes, the show was canceled because it was considered too unorthodox for primetime television. She portrayed “Maxine” in the television drama “Brimstone” in 1998.

Subsequently, she displayed her comedic timing once more in the romantic comedy “Relax.” It’s Just Sex.’ She was recruited by “Warner Brothers” to lend her voice to the supervillain “Livewire” in two of their animated shows, “Superman: The Animated Series” and “The New Batman Adventures,” both of which were based on the “DC” comic series.

‘The Poker House’ based on her early life

Another significant career turning point was when Lori chose to create the script and direct the film “The Poker House,” which was based on her early years. The movie showed how she overcame her father’s abusive behavior. The movie also showed the psychological and emotional suffering her mother experienced before finally leaving her husband and how she was forced to become a prostitute to support her two daughters.

This movie had a modest critical success and is regarded as one of Jennifer Lawrence’s most significant acting roles. In 2009, Lori took a more selective approach to the roles she accepted and made an appearance in two episodes of the critically acclaimed television series “Prison Break.”

She made a cameo appearance in the popular Netflix series “Orange is the New Black” in 2014. Although it was only intended to be a one-episode visit, her role expanded to include several episodes in the third and fourth seasons of the show.

One for the Money, Two for the Dough, and Three to Get Deadly, the first three books in Janet Evanovich’s Stephanie Plum series, were all narrated by her. For Recorded Books, C. J. Critt read the unabridged version. The abridgments were read for Simon & Schuster by Petty. As of 2021, she might continue to star in Station Eleven on HBO.

In 2017, Lori Petty earned the Best Supporting Actress at Hollywood Reel Independent Film Festival. That same year, she earned Screen Actors Guild Award for Outstanding Performance by an Ensemble in a Comedy Series and share it with other star casts.

She earned the Screen Actors Guild Award in 2016 for Outstanding Performance by an Ensemble in a Comedy Series. Moreover, she was nominated for Prism Award (2004) and Los Angeles Film Festival (2008). 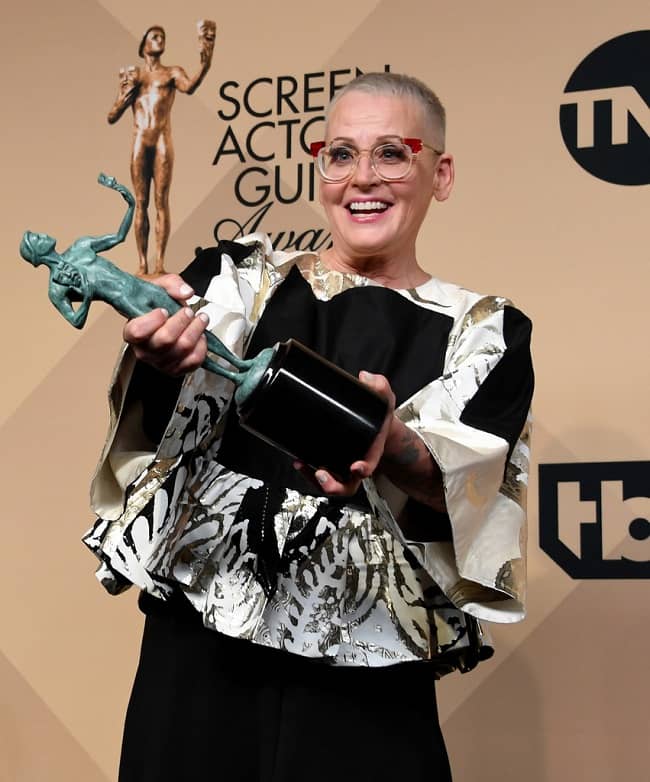 As an actress, Lori Petty has a net worth of $3 million and she has not shared other information regarding her income and salary.

She is one of the actors that prefer remaining single to maximize independence. She did, however, once say in an interview that she had hated the concept of marriage for a very long time and that feeling still exists now as a result of the events in her childhood and the hostility she witnessed between her parents.

As of the right moment, she is reportedly single. But towards the middle of the 1990s, she had a long relationship with David Alan Grier.  For drunken driving, Lori was arrested in September 2009. She was sentenced to a fine and five years of probation after being found guilty.

This actress stands 5 feet 7 inches and weighs around 60 kg. Moreover, Lori has blue eyes with dark brown hair. She has a banana body type with her waist measuring 24 inches and hips measuring 34 inches.