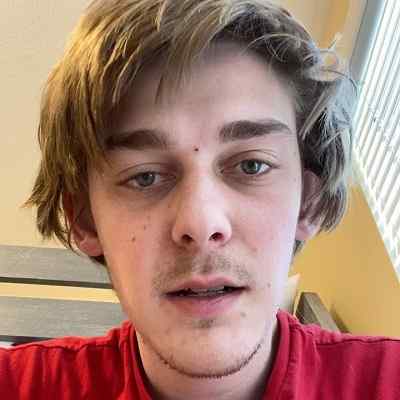 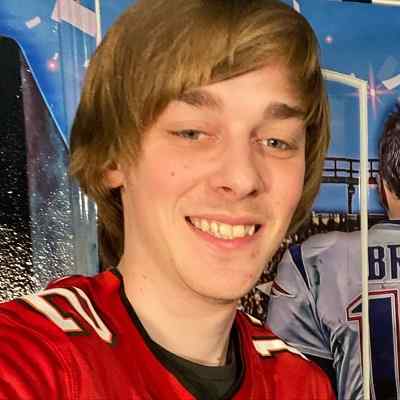 Logan Thirtyacre is an American Youtube star. Logan Thirtyacre is a Youtube gamer popular by the online persona “SuperMarioLogan”. He publishes Mario Plush videos on his Youtube channel. Likewise, Logan has also had side channels called SuperLuigiLogan, Chilly, SuperBowserLogan, and SuperYoshiLogan.

Logan Thirtyacre was born in Pensacola, Florida, USA, on November 17, 1994. His zodiac sign is Scorpio and he is 26 years old. He holds American nationality. His full name is Logan Austin Thirtyacre.

His father’s name is Kelly Fay Thirtyacre and his mother’s name is Jennifer. Kelly was a truck driver by profession and is of Irish ancestry. He has an older brother whose name is Lance. Likewise, Growing up, Logan along with his brother, Lance never really saw their biological father, Kelly, since he was a truck driver. Their father being a truck driver got in the way of him and his wife’s marriage, thus the two filed for a divorce. This led to Logan and Lance end up living with their mother.

Sometime later, Logan’s mother met a man named Brian Grant. Brian treated Logan and Lance as if they were his own kids. He knew a lot about computers and video games, and he would play video games with Logan and Lance. And, his step-father, Brian introduced Logan to Mario. Moreover, Logan has a half-sister and her name is Haleigh.

Furthermore, Logan Thirtyacre has owned several pets in the past, one of them including an iguana. As of now, he has two pets, Precious and Pumpkin Little Pump Thirtyacre as his other pets had passed. Moreover, Logan also once owned a turtle named Shelby.

Regarding Loagna’s educational background and qualification, he graduated from J.M. Tate High School in the year 2003. However, information regarding his further studies and university is not available. Or maybe he is a dropout or decided to quit further studies. 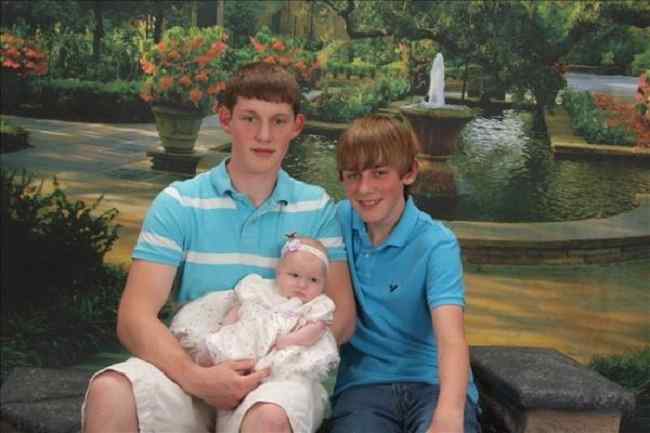 Caption: Logan Thirtyacre along with his brother and half-sister (Source: Google)

In the year 2007, at the age of 12, Logan Thirtyacre created his first YouTube channel under the name supermariologan1994. However, he deleted the account shortly after, and on December 9, 2007, he set up the channel “SuperMarioLogan”. He posted his first video on that same day. It was a video of essentially a remake of the “Got Milk Super Mario 64” commercial from the late 1990s. This video earned him a modest fanbase right at the beginning.

Logan’s Youtube channel began to really take off when he introduced Mama Luigi, an early-generation character, who is a mentally underdeveloped clone of Mario’s brother Luigi.  Then, on March 2, 2008, Logan set up another channel, “SuperLuigiLogan”. This channel was originally intended for SLL Movies, SLL Shorts, gameplay videos, and animated works, but later on, he soon designated it for updates and other things connected to his main channel.

Likewise, he launched the third channel in the franchise on April 16, 2008, and named it “superbowserlogan”. Moreover, Logan owns the other 5 Youtube channels but is not active on any of those channels as of now.
He has matured over the years and so has his content. But, there was a time when he used to upload randomly and without properly editing his videos. However, now, Logan shares highly-professional videos twice a week. And, he often breaks the fourth wall in his videos, addressing his audience directly. Also, he has removed multiple old videos as he has come to understand how dumb or insensitive or both they were.

Logan Thirtyacre is now an adult and still makes plush videos to this day. He has established SuperMarioLogan as a full-time career, turning it into a working business, having his own cast, filled with his colleagues, and gets revenue off these videos.

Logan has voiced many characters including Mario, Bowser Junior, and more, and also appeared in Bowser Junior’s Summer School and Jeffy’s New Friend! as himself. nd, since his videos have become highly professional and he has dedicated his entire life to making them. Moreover, he also became friends with a YouTuber named Dabhdude. And, sometime in February 2015, Dabhdude interviewed him, but due to complications, the interview didn’t get released until much later. The duo was doing live-streams together for a while and unfortunately, the live streams have ended due to both real-life complications and schedule conflicts.

Moreover, shortly after Logan Thirtyacre became friends with Dabhdude, he also became friends with SML Reviewer. And, they have done multiple live streams together. After meeting Dabhdude, Logan later met and befriends a YouTuber named Flamey Cat. They did live streams and Flamey Cat is also the only person out of the trio of reviewers to give Logan a video idea that was eventually used as an SML Movie.

Furthermore, Logan became friends with a lot of YouTubers and other personalities as well while he was also on the journey of his life on Youtube and social media. Some of those friends became his friends for life and some were out of his life due to many personal reasons as well. 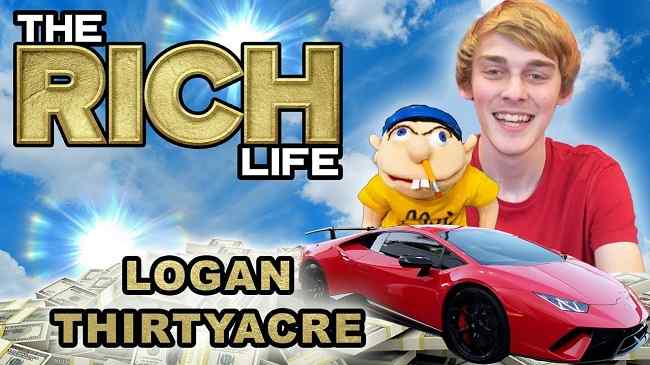 Logan Thirtyacre has suffered many health problems over the years. Those include having recent unexpected surgeries such as gallbladder removal and kidney stones and suffering from numerous illnesses, such as superior mesenteric artery syndrome (SMAS), West Nile virus, and Spinal meningitis. He even suffers from Carpal tunnel syndrome (CTS) on both of his hands due to frequently interacting with the computer mouse.

Likewise, Logan has gotten multiple surgeries including SMAS surgery and gallbladder removal. And, because of his suffering from SMAS and other illnesses, he missed months of school, which caused him to fail other classes but was, fortunately, able to graduate thanks to support from fans, friends, and family. Moreover, he also has carcinophobia, the fear of cancer, which stemmed from his past health problems.

Logan Thirtyacre is extremely underweight for his age. And, the reason for this is because of the lack of muscle and the surgeries he has gotten. Likewise, it was revealed in one of the vlogs that Logan gave up on soda, and started drinking only water and Gatorade. And, as time passes on, he continues to focus on improving his health.

Furthermore, to this day, Logan still gets sick when he eats, and can’t sleep or lay down if he just ate. Despite his past hardships, he has not been discouraged from moving forward. Moreover, according to Lance, Logan, along with Lovell, Elaina, and Audrey, tested positive for COVID-19. However, they will still film together since they all have the virus.

Logan Thirtyacre like many other YouTubers was hit by the site’s age-restriction policy in the year 2007, and all his videos, from “Super Mario Got Milk” to his most recent update was rendered age-restricted. And, many of his well-wishers believe that it was due to YouTube erroneously associating him with the Elsagate Controversy. Likewise, Logan never tried to lure kids with false titles and tags, his channel did use plush toys and characters that generally appeal to kids while featuring mature content suitable only for adults.

In December 2019, during the filming of Rich Mario!, Logan Thirtyacre received a call from the Escambia County Sheriff’s Office, telling Logan to come out with his hands up. However, The Police Force was not at Logan’s house right away. Logan later came out of the house and was handcuffed by police, where Logan claimed that he was likely being swatted after a police officer said that someone called the police, saying Logan was shooting his neighbor’s windows with an AK-47. But, later, Chilly exited the house and the police figured nothing was going on, which according to Logan made them annoyed, due to there being a lot of crime in the area.

Logan Thirtyacre is in a relationship with Adriana Fajardo. They met each other in Hawaii. The couple has been together since October 2019. They share a lot of adorable and cute pictures along with each other on their respective social accounts. Also, Logan has featured his girlfriend in his Youtube videos. Moreover, their fans, family, and friends much love and appreciate Logan and Adriana. 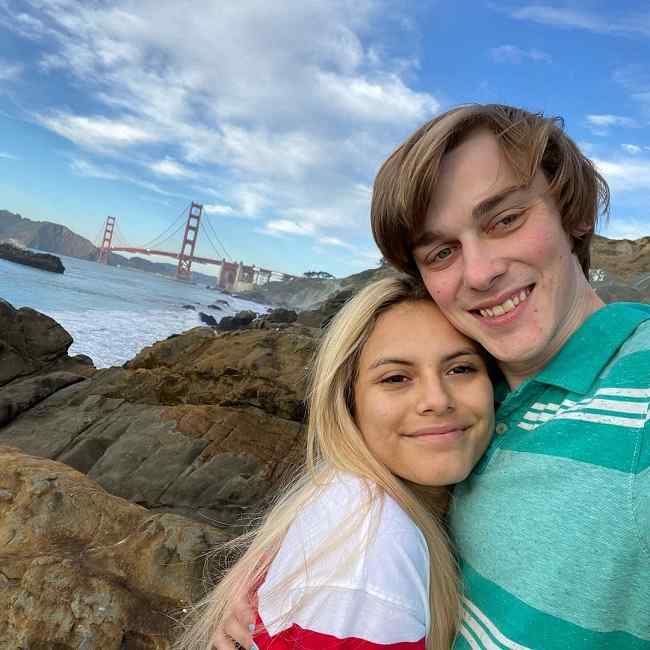 Talking about his past relationship, Logan has been in a relationship with Lady Wanda “Chilly” Jimenez for a long time who also was his fiancee. She used to regularly features in Logan’s videos and portray several characters in the SuperMarioLogan series. However, in late 2019, the SML Drama started. Then, in early 2020, Logan and Chilly confirmed they broke up after Logan knew Chilly was cheating on him with Roy, a man with kids.

Moreover, even his own friends were defending his girlfriend. That made Logan really angry and was not friends with any of them at all. And later on, Logan also found out that Chilly used to bring other men without letting Logan know.

Logan Thirtyacre has a height of 5 feet 8 inches and his weight is 63 Kg. However, his other body measurements such as his bicep size, hip size, chest size, and waist size, are not available and are still under review. Moreover, he has dirty blonde hair and green eyes.

Logan is active in only one of his Youtube channel among so many. And, he also has Instagram, Twitter, and Facebook, which he never uses except Instagram. Likewise, Logan has mustered 5.4 million subscribers on SuperLuigiLogan, 9.19 million on SuperMarioLogan, and 4.45 million on @superbowserlogan.

According to distractify, Logan has an estimated net worth of $5 million and his main income source is Youtube. Also, he has his merchandise as well.