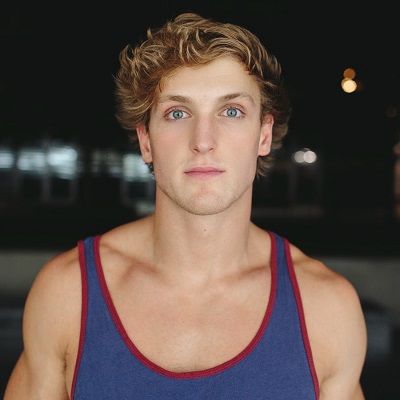 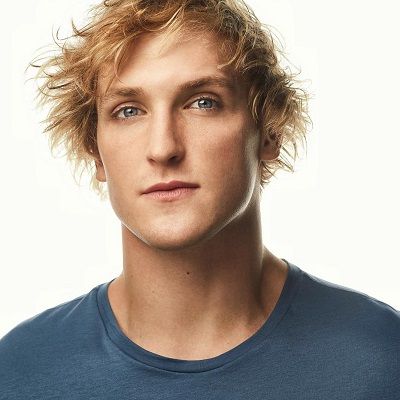 Logan Paul is an American YouTuber, internet personality as well as an actor. Logan Paul has gained fame as a social media phenomenon for his incredibly popular Facebook account, which has earned over 15 million likes.

Logan Paul is 25 years old as of 2020. He was born on April 1, 1995, in Westlake, Ohio, the United States under the zodiac sign Aries. His father’s name is Greg Paul and his mother’s name is Pam Stepnick. He has a younger brother named Jake Paul. His brother is also a famous YouTuber, actor, and musician. 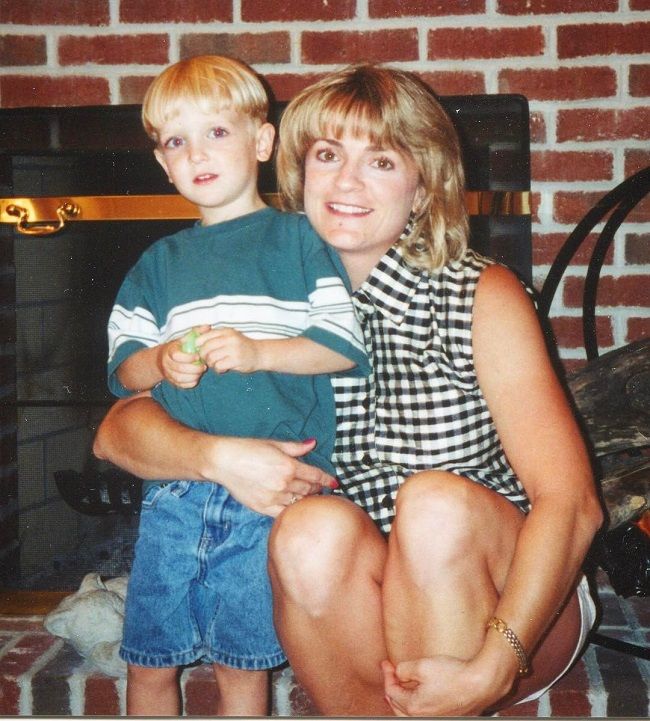 Likewise, he belongs to American nationality. He holds English, Welsh, Irish, Scottish, and Jewish ancestry. Growing up older in Ohio with brother Jake, he started making internet videos for a YouTube channel called Zoosh. He was just 10 years old at that time.

Moving toward his educational background, he attended Westlake High School. While his high school days, he achieved the ranks of The Plain Dealer’s All-Star linebacker on the football team in 2012. He even got selected for the state-level Ohio High School Athletic Association 2013 Division I Wrestling Individual Championships.

Likewise, he majored in Industrial Engineering at Ohio University before dropping out in 2014. He dropped out of college to pursue a career as a full-time social media entertainer in Los Angeles.

Talking about his early social media career, Logan Paul launched his YouTube channel while studying in 7th grade along with his younger brother. Primarily, he created hilarious and amusing videos for his classmates. Gradually, he started growing interest within the garnering popularity.

Then, he created his Vine account in 2013. He gained massive popularity on the Vine app and also counted among the most successful viners with over 9 million fans across Vine. He has collaborated with fellow viners like Christian DelGrosso, King Bach, Lance210, and Matthew Espinosa. But, the vine app has been terminated.

Likewise, he then joined his YouTube channel, TheOfficialLoganPaul, on October 18, 2013. He began posting regularly regarding the closure of the Vine app. Later, he posted other official music videos until March 26, 2019. However, he was quite less active on that Youtube channel.

Later, he created the Logan Paul Vlogs channel on August 29, 2015, which has become his most subscribed YouTube channel. As of April 2020, the channel has received over 20 million subscribers and 4.8 billion views, ranking as the 54th subscribed in the United States. His Youtube channel posted a video series Like The Thinning: New World Order, CHOCH TALES (Animated Stories), BEST FRIENDS [Web Series], Music Videos and Vlogs!.

This Youtube personality has also risen to fame through his goofy videos and giddy stunts which have several brand deals. He has involved in digital-promo campaigns like HBO, Pepsi, Nike, Hanes, Verizon and Dunkin’ Donuts with the payouts approaching six-figure deals. He has played in one of the campaigning videos for Hanes which provides him an unbelievable and overwhelming online response with 750K Facebook views and a record-breaking 3.8 million impressions on Twitter. 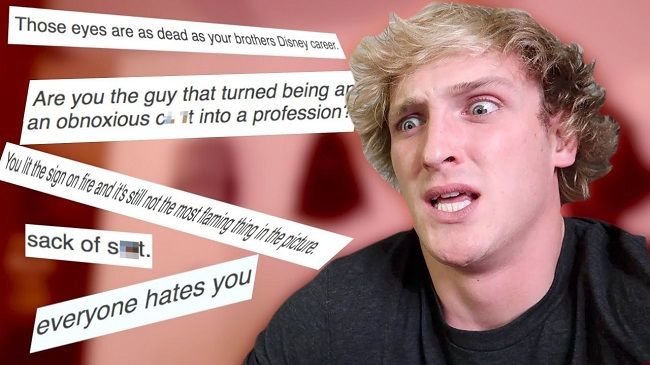 After growing as one of the top social media stars, Logan Paul grew his range as an entertainer behind social media and pursue a career into acting. Besides his Youtube career, he has worked on television and film work as an actor. Also, he contracted with Creative Artists Agency.

Moreover, he has portrayed the role of Rainbow Man in one of the episodes of the TV series ‘Bad Weather Films’ in 2014 that influenced him to do a sequence titled ‘Rainbow Man’ in the following year.

He made guest appearances on Law & Order: Special Victims Unit with the role of a malicious kidnapper and Weird Loners.  In 2016 he played in ‘Foursome’, an Awesomeness TV web series. Further, he portrayed the roles in films like The Thinning (2016) and TheSpace Between Us (2017). Likewise, he has even starred in two episodes of the Freeform series Stitchers. He was also “ambassador” to the upcoming Baywatch feature film.

He has also attended acting classes at the studio of Anthony Meindl and with comedy troops ‘Upright Citizens Brigade’ and ‘The Groundlings’. The films he played are comedy flick ‘Airplane Mode’ in which he is also a co-writer.

In addition, he has also stepped into a boxing career. On February 3, 2018, looking at his white-collar nonprofessional boxing match with Joe Weller. The British YouTuber KSI challenged him to a boxing match. On February 24, 2018, he announced the match along with his brother Jake fighting KSI and his younger brother, Deji. The fight finished as a majority draw, with two judges securing the fight also at 57–57 and a third judge securing 58–57 in favor of KSI.

This match has been labeled “the largest event in YouTube history.” In the following rematch, which was a professional fight, he lost to KSI by split decision.

Speaking on Logan Paul’s earnings, he is part of the new generation of superstars and entrepreneurs who have earned a decent sum of money. Looking at his Youtube statics, he has posted a total of 662 videos, totaling more than 4.9 billion views till now. He creates 6 new videos every month on average and has earned $5.8 million from his Logan Paul Youtube channel. Further, he also has earned through another secondary Youtube channel as well as other additional work. 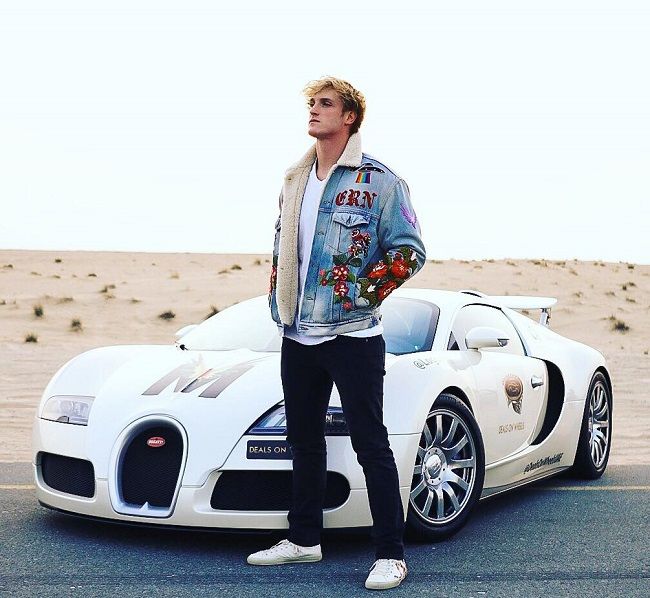 Therefore, his estimated net worth is around $19 million as of 2020. Likewise, he is living lavishly with his good source of income. Similarly, he has a luxurious Encino house in California for which he paid $6.55 million. He has a Mercedes-Benz G-Wagon.

Reflecting on Logan Paul’s relationship status, he again reconnected to his ex-girlfriend a model named Josie Canseco currently. Previously, they had a breakup. On June 13, he uploaded their picture captioning “if you’re a turd im a turd @josiecanseco.”

Likewise, he has also dated Chloe Bennet in 2018. She is the Marvel’s Agents of S.H.I.E.L.D actress. They were close to each other since July 2017 after having met on the set of Valley Girl. Unfortunately, they split in September 2018.

Further, he keeps on posting pictures with other girls as well on his social media handles. He also gets rumored of linkups with many girls.

He is a red-green colorblind. However, he has been mocked and criticized for pretending his reactions in a video where he used color-corrective glasses for the first time by fellow YouTubers such as Ethan Klein and iDubbbz. He admits that he “embellished” and “exaggerated his reactions” to the glasses, but replied that he “did not lie” about his disability.

In February 2019, he alleged that he has brain damage, which he endured from playing high school football. He also said it affects his powers to have compassion and a human connection with others. When filming a video for his Vine channel, he attempted a stunt during which he struck onto a chair and injured part of his right testicle.

Logan Paul has been included in several controversies, most distinctly in relation to a visit to Japan, during which he recorded the dead body of a man who had hanged himself and posted the footage on his YouTube channel. His video gained over 6.3 million views within 24 hours. Likewise, he was also criticized for other mischiefs he was caught taking part in during the trip as climbing onto a motion forklift at the Tsukiji fish market, removing his clothes on a jammed street, then moving to argue with one of the people he was traveling with, and throwing a giant Poké Ball at walking residents and more.

His video describing the dead body and his group’s reactions to it were also criticized by celebrities and politicians. In addition, he was attacked by other members of the YouTube community of being tactless to suicide victims.

Similarly, he removed the video from his YouTube channel and wrote an apology on Twitter on January 1, 2018. However, he is controversy-free right now and managing to maintain a clean image throughout his professional life.

The 25-years-old social media personality Logan Paul has a good personality. The handsome hunk has a great tall height with fit body physiques that stands around 6 feet 2 inches. His body weighs around 82 kg.

Likewise, he has a pair of attractive green eyes with blonde hair color. Thus, his chest size is 42 inches, waist size is 32 inches and the biceps size is 15 inches.