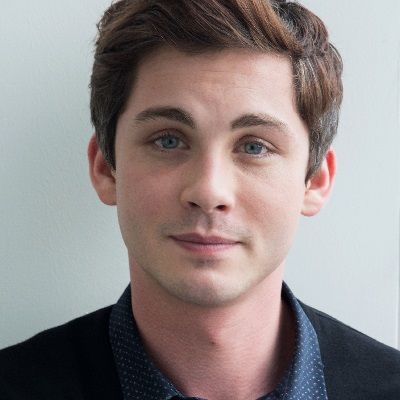 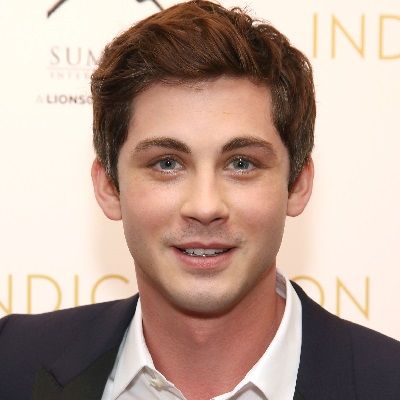 What is the relationship status of Logan Lerman?

The Perks of Being a Wallflower actor, Logan Lerman, is currently single, officially. He is enjoying and focusing his single life to strengthening his career as a prominent actor. However, there are grounds for speculations of Logan dating a girl named Analuisa Corrigan, a ceramic artist. It is because Logan posted a photo of her on 8 January 2020 without any caption.

Further, surfing through Analuisa’s Instagram posts, she shared a photo with Logan on 26 February 2020, this too without caption. Prior to this, Analuisa had wished Logan on his recent birthday with a series of photos on Instagram with the caption “Happy Logie day”. These photos seem to hold special meaning to their relationship. 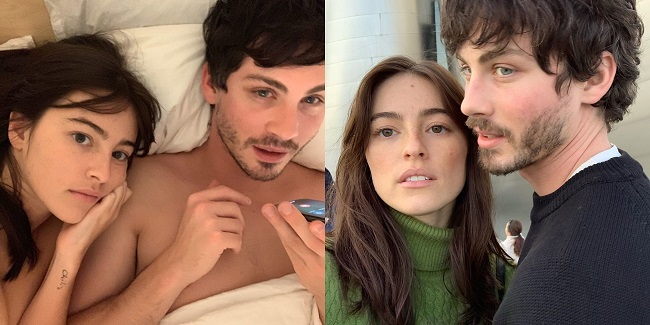 Talking about Logan’s past relationships, he was once engaged to actress Alexandra Daddario. The then-lovers first met on the sets of Percy Jackson and started dating while giving a low profile look to their affair. Later, the stars took a step ahead in their relationship and engaged in 2016. Despite keeping their relationship low-key, the couple was spotted in various cities in the U.S.

The couple was last spotted together when they attended an event for The Perks of Being a Wallflower. Afterward, they broke their engagement the same year and parted ways. However, none of the two disclosed why they broke off their engagement.

Prior to Alexandra, Logan dated Amy Vaver in the year 2012 and Alisha E. Hearst, an American actress. Talking about Alexandra’s relationship history, she is currently in dating Brendan Wallace, a businessman, co-Founder and Managing Partner at Fifth Wall Ventures. She also dated Jason Fuchs from 2006 till 2009. Moreover, she was also rumored to have dated Zac Efron in the year 2017.

Logan Lerman was born on January 19, 1992, in Beverly Hills, California. He is currently 28 years old and his zodiac is Capricorn. Similarly, his full name is Logan Wade Lerman. His mother is Lisa (née Goldman) and she works as his manager. Likewise, his father is Larry Lerman, who is a businessman and an orthotist. He also has two elder siblings namely Lindsey and Lucas. 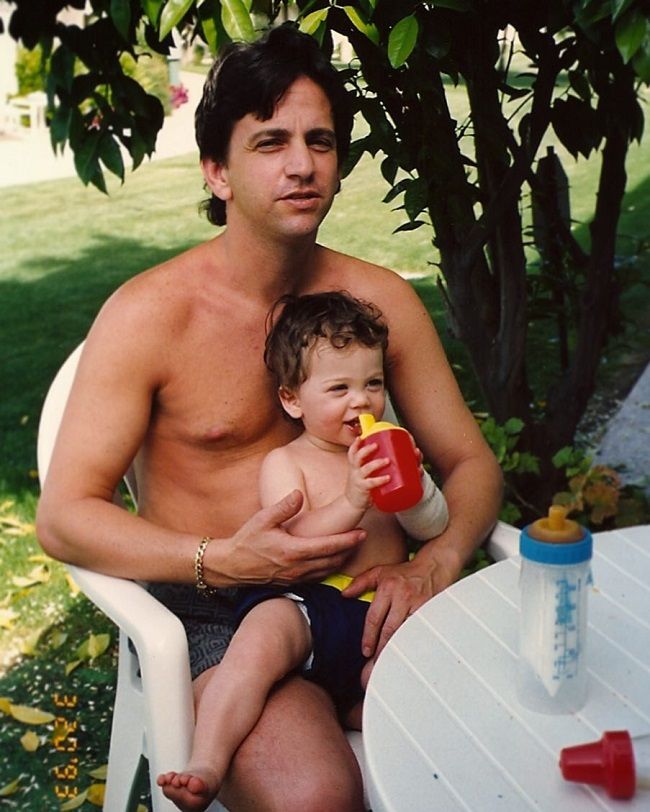 Talking in more detail about his family background, Logan is Jewish, attended Hebrew School, and had a Bar Mitzvah ceremony in a Conservative Jewish synagogue. Moreover, his grandparents were born in four different countries. On his paternal side, his grandfather named Max Lerman was born in Berlin, Germany, in 1927. She was born to a Polish Jewish family who left Germany in the 1930s because of the Nazi regime. They lived in Shanghai, China until the end of World War II.

Moreover, his paternal grandmother is Mina (Schwartz), who was born in Mexico City, Mexico, to Russian Jewish parents. Talking about his maternal side, his grandfather was a Polish Jewish immigrant and his grandmother was born in Los Angeles, also to a Jewish immigrant family. From his mother’s side, he is somehow relatives with twin singers Evan and Jaron Lowenstein.

Lerman has shared that he is the “black sheep” in his family. It is because he is an actor whereas most of his family relatives are medical professionals. His family owns and operates an orthotics and prosthetics company namely Lerman & Son. His great-grandfather, Jacob Lerman, founded it in 1915.

Moreover, talking about his education, he attended Beverly Hills High School in 2010. He later applied to study creative writing at New York University. However, he postponed his attendance at the university. His yearbook quote was “Receive with simplicity everything that happens to you.” The line appeared in the opening moments of the 2009 Coen Brothers film A Serious Man. The film then credited the line to Rashi (1040-1105), a medieval Talmudist.

Moreover, Logan is an LA Lakers fan, he plays soccer and baseball and plans to take tennis lessons. Logan also owns two dogs, namely Lola and Stella. Additionally, Logan has also stated that he has been a “film geek” since a very young age. His favorite filmmakers included David Fincher, Paul Thomas Anderson, and Stanley Kubrick. Logan also plays piano and he is a fan of movie music compositions. logan has also shared that his biggest ambition is to direct films and that his acting work is a stepping stone to becoming a director.

When he was only two and a half years old, Logan told his mother that he desired to be an actor. Then at the age of four, he had an agent and was already booked for two commercials. He made his big-screen debut as William. It was the youngest son of Mel Gibson’s character in the 2000 war drama The Patriot. The drama was a piece of Roland Emmerich. He then appeared as the younger version of Gibson’s character Nick Marshall in What Women Want. It is Nancy Meyers’s 2000 romantic comedy.

After a small role in 2001’s Riding in Cars with Boys by Penny Marshall, Logan starred in the John Grisham adaptation A Painted House released in the year 2003. It is a made-for-television film that won him the first of Logan’s three Young Artist Awards. So far, Logan has appeared in a total of 22 movies and five TV shows.

Since the rise of his stardom from the fantasy movie Percy Jackson, Logan has garnered a lot of fame and a bucket full of new projects. He starred in the lead role in 2017’s drama movie The Vanishing of Sidney Hall, 2018’s  Newsflash and 2019’s End Of Sentence. Prior to these, he starred with Brad Pitt, Shia LaBeouf, and Michael Pena in the war film Fury in the year 2014. 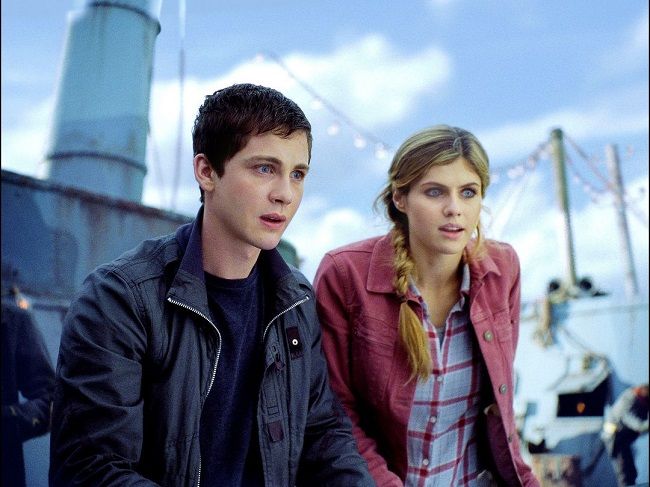 Caption: Logan Lerman in a scene from the movie Percy Jackson: Sea of Monsters. Source: HeyUGuys

As for the 2016 movie Indignation and the 2017 movie The Vanishing of Sidney Hall, Logan was also an executive producer. In 2020, he landed on the television role Jonah Heidelbaum for 10 episodes of Hunters. He appeared in the role of Fred Nemser in Shirley (2020).

He also received several awards and nominations for his roles in movies like The Perks of Being a Wallflower, The Three Musketeers, 3:10 to Yuma, Hoot, and Percy Jackson & the Olympians: The Lightning Thief.

Talking about Logan’s body measurement stats, he stands tall at a height of 5 feet 9inches and weighs around 68 kgs. Further, he has the chest-waist-biceps measurement of 39-33-13.5 inches respectively. He wears shoe size 10 according to US standards but his dress size is unknown. Moreover, he has hazel green eyes and brown hair color.

Logan is pretty active on social media platforms. He has an Instagram account with handle @loganlerman. There are 1.5 million followers and 62 posts as if March 2020. Further, he is also available on Twitter with 1.3 million followers. He created a Twitter account in March 2011.

Talking about his net worth, being an internationally famed young American actor heavily influences his earnings. More precisely, his net worth estimation is $8 million dollars.