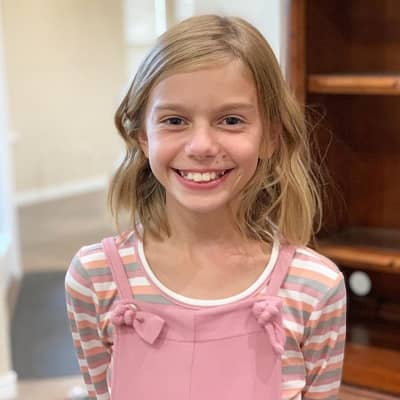 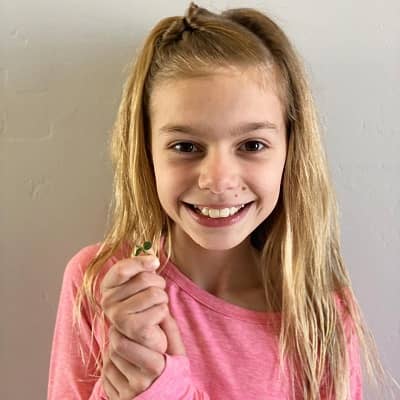 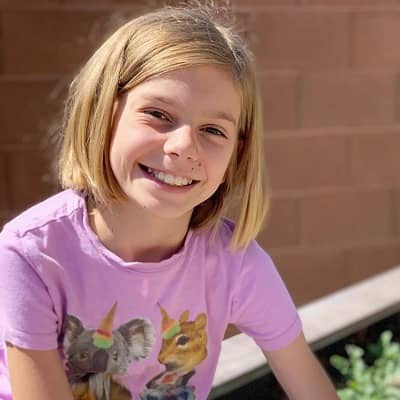 Lizzy Tannerites was born on September 4, 2009, and she is currently 11 years old. Furthermore, she is originally from Utah, United States, and her full name is Elizabeth. Her zodiac sign is Virgo. In an Instagram post shared on her recent birthday, it is mentioned that Lizzy was so excited to be born that she came two weeks early and backward. She is also the quietest child in her family which means she’s always listening and observing!

Talking about her family, her parents are mother Sarah, and father Johnny. Both his parents are Youtubers. Likewise, Lizzy is the fifth child in her family. Her siblings are His siblings are Branson (22), Allie/Alexia (19), Daniell (16), Savannah (12), Canyon/Gego (5), and Az/Azbury (8). All his siblings appear in his parent’s Youtube channel.

Talking about the educational background of the Tannerites siblings, Alexia is a 12th grader, Daniell a 10th grader, Savannah a 6th grader, Elizabeth/Lizzy a 4th grader, Az a 2nd grader, and Canyon a Kindergartener. However, the institutions they attend are not mentioned to date.

Lizzy strongly dislikes shots, pulling out her teeth, and ear infections. If she had a million dollars she would buy a bunch of kitties and cats. Likewise, Lizzy’s strength is playing the piano, and her weakness is math. If she could have only one meal for the rest of her life it would be oranges. Also, Lizzy’s biggest fear is leeches and bugs. 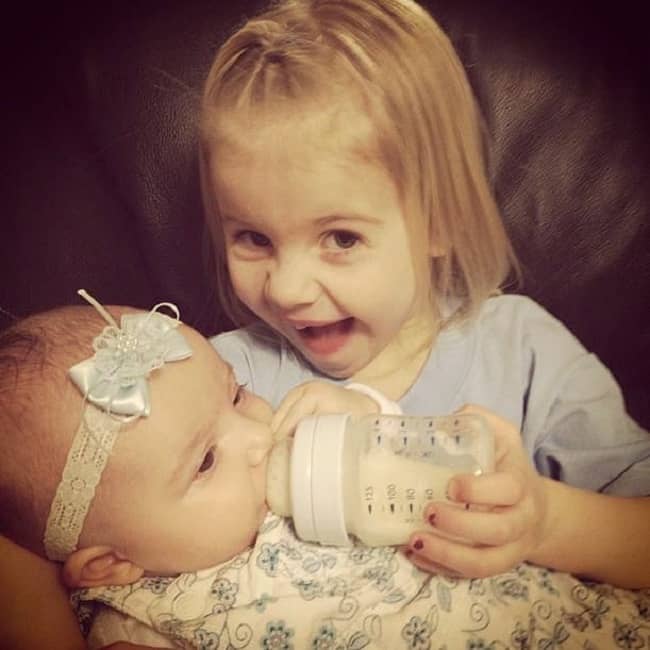 Caption: Lizzy Tannerites being feed by her sister Savannah during her childhood. Source: Instagram

Lizzy Tannerites is professionally a social media personality. She is popular for her family’s popular YouTube channel. It has earned more than 2 million subscribers since its creation in July of 2015. Lizzy starred in her first Q&A in April of 2016, where she revealed she aspires to be an artist when she grows up.

Lizzy is among the seven kids featured on the YouTube family vlogging channel named “Tannerites”. This is a family channel created by her parents and it has over 2.07 million subscribers since its creation in July of 2015.

Moreover, this family entered into CVX Live’s Next Big YouTuber Contest in the year 2016. Likewise, the “Tannerites” channel is about a large family of 9, who record and vlog their daily life. This family consists of Sarah and Johnny Tanner – the parents, and their seven children.

Additionally, the “Tannerites” is a great YouTube channel, that viewers can relate to with all the different aspects and ages of the family. The channel is family-friendly and makes the viewers feel good inside. More precisely, the family created this channel on 28 July 2015. The channel description reads:

“Welcome to the home of #YouAREworthit! We are a FUN family of 9, trying to make the best out of life. We believe life is about making memories, building relationships and learning to love!! And we are the TANNERITES!” 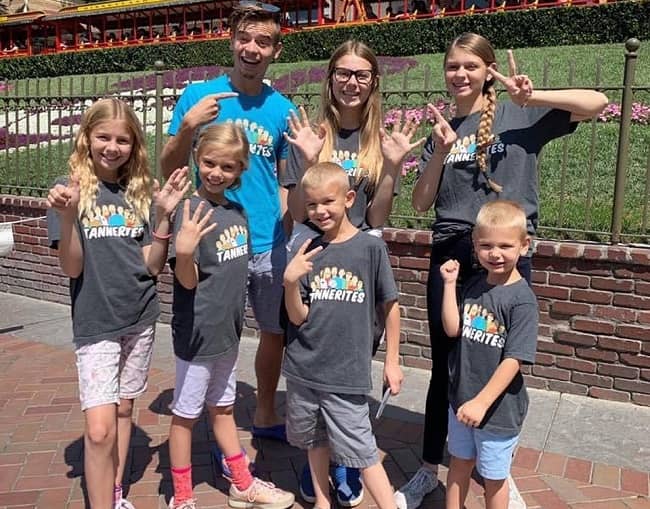 Caption: Lizzy Tannerites posing for a photo with all of her siblings. Source: Instagram

Lizzy’s family also has a second Youtube channel ‘Yawi Vlogs’ that has 722k subscribers. It was created on June 14, 2017, and has gained over 232 million total views. Her sister Savannah created her channel “Savannah Banana” on 8 April 2020 and so far has 61.9K subscribers and 522.2k views.

Additionally, his sister Daniell also started her own Youtube channel “Nelly Knows” on 12 March 2018. She started with the video My first video!!! Welcome to my channel!!!, posted on 13 March 2018 and has over 11 million views at present. This channel has around 198k subscribers.

Furthermore, her brother Branson also created his personal Youtube channel on March 2, 2019. This channel has gained over 12.4 million views and 188k subscribers so far. Branson started off his channel with the first video titled Draw My Life 2 Year LDS Mission!!! on 3 April 2019.

Lizzy Tannerites is obviously single at the young age of 11 years. Among the Tannerites siblings, the eldest one, Branson is married to Mara. On May 29, 2020, he uploaded a video titled “HUGE ANNOUNCEMENT!!!!,” announcing about their marriage through his Youtube channel. Lizzy’s family YouTube channel Yawi Vlog uploaded a video titled “Our Oldest Son Got MARRIED! Branson And Mara Are Officially Husband And Wife!,” on July 10, 2020. 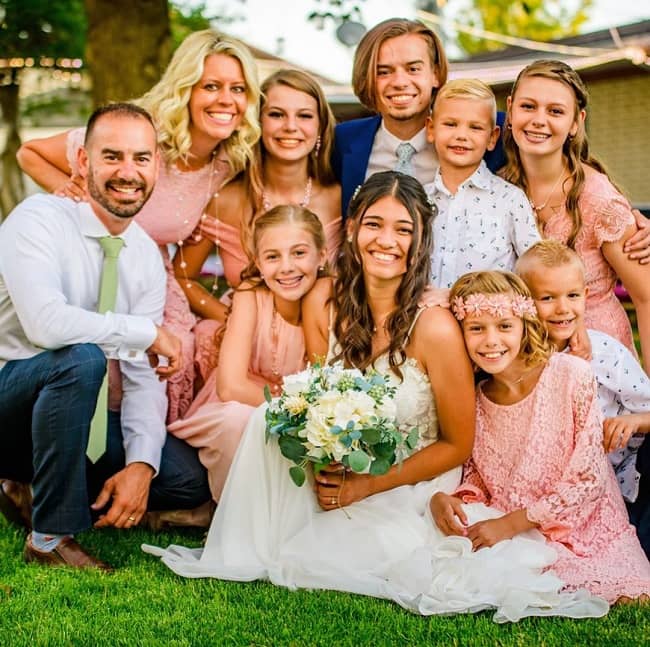 There is no exact information regarding Lizzy Tannerites’ body measurement details including her height, weight, chest-waist-hip measures, dress size, etc. Nevertheless, her body measurement details shall keep changing for a few more years to come as she is still in the phase of physical growth and development. Likewise, Lizzy has blonde hair and brown eyes.

Talking about her social media visibility, Lizzy doesn’t have a personal account on any social media platform. But she frequently appears on her family members’ social media accounts. She frequently appears on her family’s Youtube channel. The “Tannerites” channel has earned 2.07 million subscribers since its creation on 28 July 2015. Likewise, his family Instagram account boasts 15 posts shares and over 5k followers at the time of writing this biography.

Lizzy’s family also has another Youtube channel named “Yawi Vlogs” which has 722K subscribers since its creation on 14 June 2017. The Instagram handle with the username @yawivlogs has 1,903 posts shares and 157k followers.

Her family also has an official Facebook page with over 9k followers and a Twitter handle with over 4.8k followers since its creation in August 2015. We can also contact them at [email protected] for more inquiries.