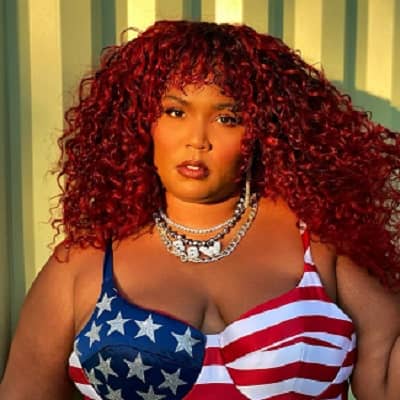 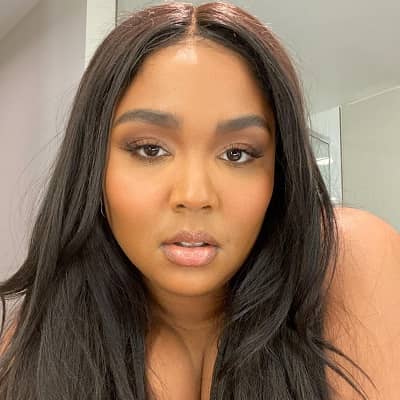 Lizzo is an American media personality. Lizzo is a multi-talented personality who is a rapper, singer, songwriter, and presenter. Moreover, she formed the rap group ‘Cornrow Clique’ at just the age of 14.

Lizzo was born on 27th April 1988 and is currently 32 years old. She was born Melissa Viviane Jefferson and her zodiac sign is Taurus. Likewise, she was born in Detroit, Michigan, United States of America, and holds American citizenship. Similarly, talking about her ethnicity and religion, she belongs to an African American ethnic group and follows Christianity. Likewise, about her early childhood, she along with her family moved to Houston, Texas when she was 10 years old. Followed by this, she started rapping as a teenager in Alief which is the southern part of Houston. 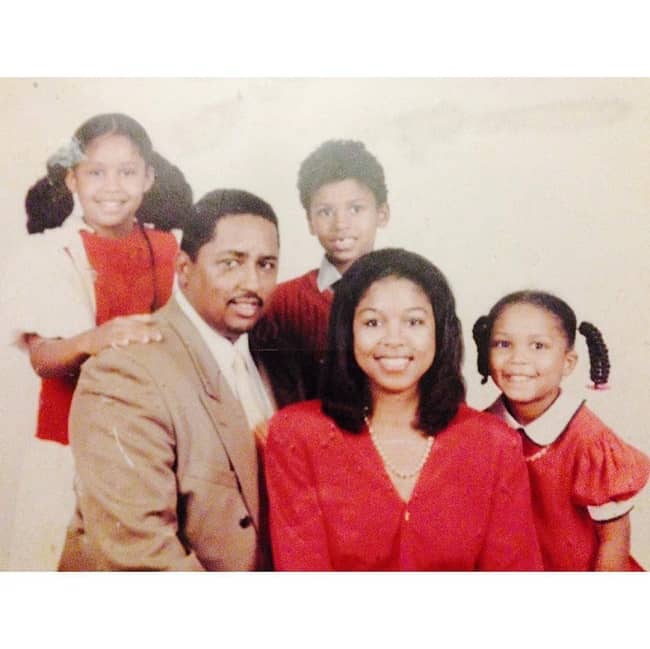 Caption: Childhood picture of Lizzo with her family. Source: Instagram

Professionally, Lizzo is a rapper by profession who started her career in rap at a very young age. Similarly, she formed a rap group ‘Cornrow Cliqie’ at the age of 14. Likewise, for the next few years, she did a collaboration with many indie artists and made an all-female music trio ‘The Chalice. This group made their first debut album ‘We Are the Chalice’ in the year 2012. This album was a sleeper hit locally. Followed by this, she eventually signed the record label ‘Totally Gross National Product’ with her first solo album ‘Lizzobangers’ releasing in the year 2013. Moreover, this album became a critical and commercial hit.

Followed by this, she released her albums consequently. Her second album was ‘Big Grrrl Small World’ in the year 2015. Then she signed with Atlantic Records in the year 2015 and releasing third solo album ‘Cuz I Love You’. Likewise, throughout her music career, she has been the founding member of many hip-hop groups including ‘Grrrl Prty’, ‘The Chalice’, ‘The Clerk’, and ‘Absynthe’.

Similarly, with many of her songs releasing in the music industry, she has also toured around various places in the US and UK. She made her tour around the US and UK in the fall of 2013 opening for Har Mar Superstar and additionally also sang with this band. Similarly, in the following month, a famous American weekly news magazine named her one of 14 music artists to watch in 2014. Her album became re-released through British record label foundation Virgin Records Ltd. Likewise, in the same year, he made a stage appearance along with St. Paul and the Broken Bones’ performing ‘A Change Is Gonna Come’ together.

Likewise, in the year 2014, she participated in StyleLikeU’s ‘What’s Underneath Project’ in which she talked about her relationships with her body. This experience became an inspiration for her and wrote ‘My Skin’ which became her second album

Besides rapping, she became one of the hosts of MTV’s short-lived 2016 live music performance series Wonderland. After signing with Atlantic Records in the same year, she released ‘Coconut Oil’ on 7th October 2016 which was the first major-label extended play. This became a major hit receiving positive reviews from music critics and also became a commercial hit. To promote the play, she made the ‘Good as Hell Tour in the year 2017. Similarly, she made headlines in American New York-based restaurant recommendation ‘The Infatuation’s annual food festival EEEEEATSCON. Followed by this, she made a guest judge appearance on the tenth season of RuPaul’s Drag Race.

Moreover, after struggling with body issues, she has advocated for body positivity and self-love. Likewise, she made music focusing on diversity including one’s body, sexuality, race, and many more. Moreover, her group of back up-dancers was all plus-size dancers. She mainly made videos highlighting body inclusivity and celebrating individuality she made the ‘Say It Louder’ campaign on 11th June 2018. Followed by this, in the same month she sported the plus-size outfit by Grace Insogna for FIT’s Future of Fashion runway. 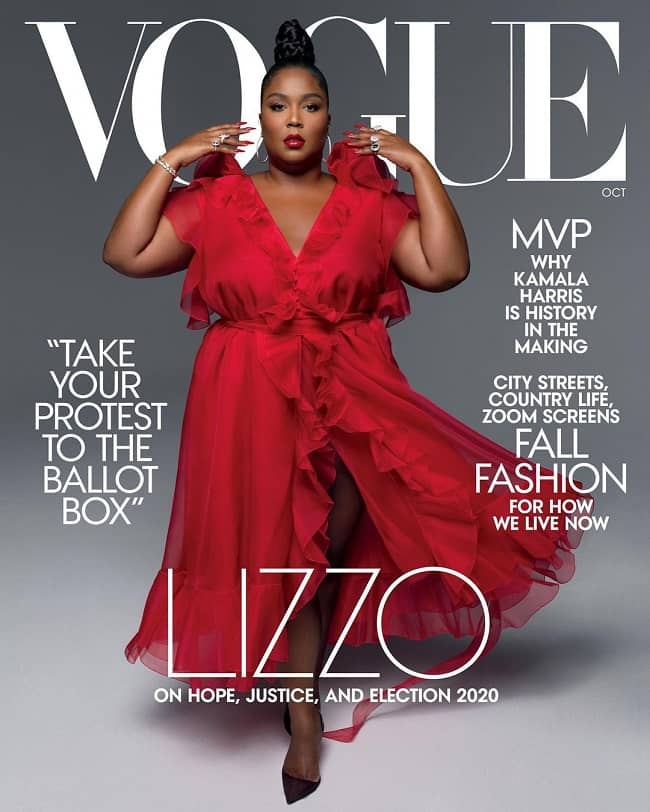 Likewise, she has also made her career in acting with voice performance in the animated film ‘UglyDolls’ and a supporting part in the crime comedy-drama movie ‘Hustlers’. Similarly, some of her television roles include series like ‘Brad Neely’s Harg Nalin’ Sclopio Peeplo’, ‘Wonderland’, and ‘Yeti! Yeti!’. Additionally, she has made a guest appearance on many television series and reality shows including ‘Made in Chelsea: NYC’, ‘Late Show with David Letterman’, ‘Access Hollywood’, ‘The Late Show with Stephen Colbert’, ‘Sooo Many White Guys’, ‘The Real’, ‘Party Legends’. Additionally, shows and series including ‘Full Frontal with Samantha Bee’, ‘Trivial Takedown’, ‘Articulate with Jim Cotter’, ‘Hannibal Buress: Handsome Rambler’, ‘The Ellen DeGeneres Show’, ‘The Tonight Show Starring Jimmy Fallon’ and many more.

Lizzo is a talented American rapper and media personality who has made impressive fame and a decent amount of earning from her singing career. Likewise, talking about net worth, she has a net worth of around $10 million. Similarly, she is also the recipient of numerous awards including prestigious Grammy Awards, two Soul Train Music Awards, a Billboard Music Award, and a BET Award. Likewise, she has also become in numerous nominations for her outstanding music. 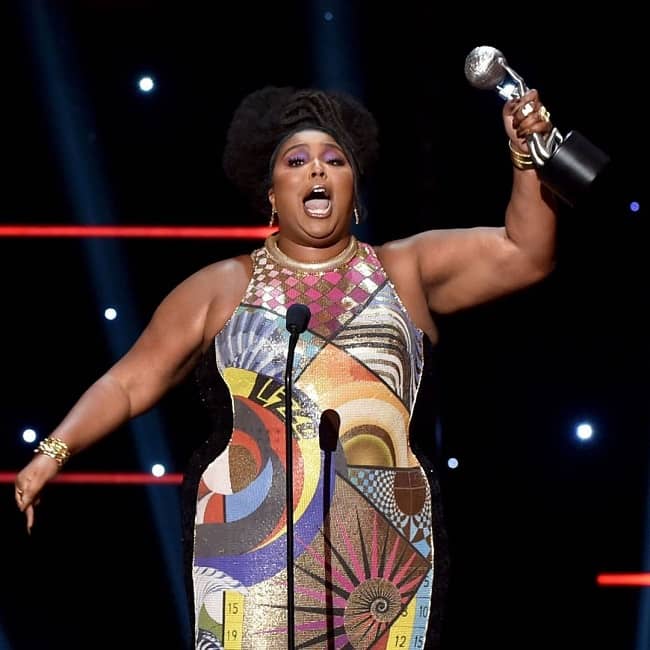 The gorgeous rapper stands 5 feet 10 inches (70 inches) tall and has a curvaceous body type. However, her weight and vital stats are not yet available in the media. Similarly, looking at her appearance, she has a dark skin type with dark brown curly hair and dark black pair of eyes.