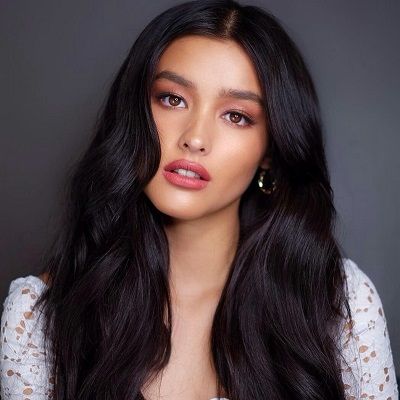 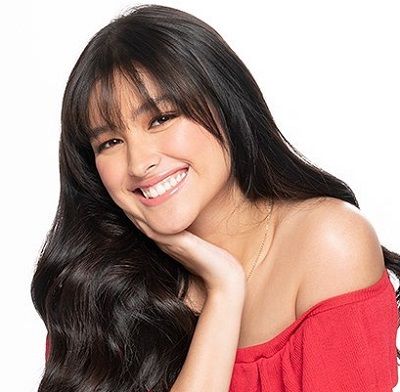 Hope Elizabeth “Liza” Soberano was born on January 4, 1998, in Santa Clara, CA. She turns 24 years old in 2022 and is a Capricorn. Her mother’s name is Jacquelyn Elizabeth Hanley and is an American. Likewise, her father’s name is John Castillo Soberano, and is a Filipino.

After her parents separated, Liza was brought up by her grandparents in Visalia, California. When she was ten, she went to live with her father and relatives in Manila. Likewise, she has two sisters, Leilani Sue Elizabeth Osorno and Kaycee Logan Nguyen, and four brothers, Justin David Soberano, Nathaniel Larry Osorno, Dustin David Nguyen, and Jaden Parker Nguyen. Altogether, Liza has six siblings.

She holds dual nationality in both the Philippines and the United States. Hence, she is a Filipino-American. Likewise, she is a Roman Catholic just like other family members. 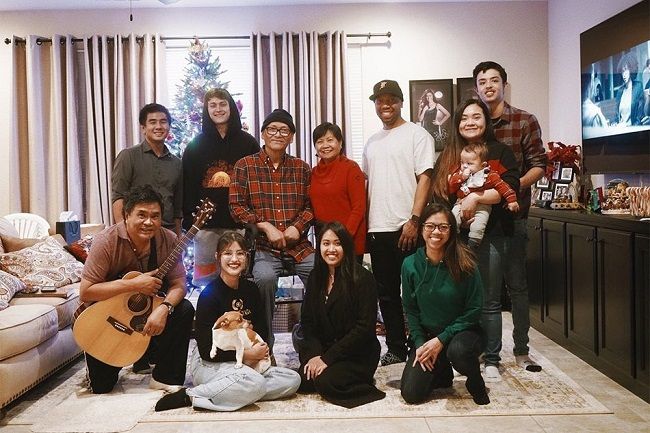 Liza completed her high school at St. Patrick’s School in Quezon City in 2015. She was interested in pursuing a degree in psychology before studying at a law school, but her packed showbiz pursuits led her to enroll at Southville International School affiliated with Foreign Universities, and pursue an online business management course. However, she has not yet given up the idea of studying psychology and expressed to take up a course whenever possible.

Liza started getting modeling offers for print advertisements when she was only 12. Her first on-screen feature was in a cameo as Barangay Audience in the Philippines’ longest-running noontime television variety show ‘Eat Bulaga!’ in 2010. Her acting debut happened at 13 with the Philippine fantasy-drama, comedy anthology television series ‘Wansapanataym’.

In 2011, she made her acting debut in the fantasy-drama, comedy anthology Wansapanataym. Then she had a minor role as Claire Raymundo in Kung Ako’y Iiwan Mo in 2012. Liza made her feature film debut in 2013 in the supporting role of Angel Gomez in the Filipino coming-of-age rom-com ‘Must Be… Love’. A year later in 2014, she joined the primetime television series Got to Believe as Padilla’s other love interest.

She played the role of Gillian in a 2013 romantic comedy titled She’s The One, Dahlia in ‘Flores De Yayo’ episode of the TV series ‘Wansapanataym’ and Una in ‘Box’ episode of TV series ‘Maalaala Mo Kaya’. Since 2013, she has also remained the co-host and performer of the ABS-CBN aired longest-running television musical variety show in the Philippines called ‘ASAP’.

Soberano’s breakthrough came when she received her first leading role in the hit romantic comedy television series Forevermore (2014) as strawberry farmer Maria Agnes Calay alongside Enrique Gil, who played Alexander “Xander” Grande III, a hotel company heir who eventually becomes Agnes’ love interest. The series finale had a rating of 39.3%. The success of the TV series made Soberano and Gil gained popularity.

Following the success of Forevermore, Soberano starred in the film based on the Wattpad book The Bet. The film adaptation was initially titled with the same name as its source material and was renamed Just The Way You Are (2015).

In October 2015, Soberano and Gil then starred in a romantic drama film with Gerald Anderson, every day, I Love You, directed by Mae Czarina Cruz-Alviar. The pair of Liza and Gil then went on to create magic in the Filipino teen romantic comedy-drama film ‘Just The Way You Are’ released on June 17, 2015. The movie was based on the Wattpad book titled ‘The Bet’ and succeeded at the box office.

In February 2016, she acted in the romantic comedy melodrama series Dolce Amore. She portrayed the role of Serena Marchesa, a young girl raised in Italy by her adoptive parents. In August 2016, she signed as the new face of Maybelline.

In 2017, she played in the romantic comedy-drama film My Ex and Whys opposite Enrique Gil. She once again featured the hit pair of Liza and Gil in the leads. Till now, it also remains the highest-grossing Philippine film of 2017. She also appeared on the website of ‘Vogue’ in July 2017. Her new television roles include Claire Raymundo in Kung Ako’y Iiwan Mo and Mac in Wansapanataym: Mac Ulit-Ulit. Further, she made her won the GMMSF Box-Office Entertainment Award for Box Office Queen as well.

In May 2017, she confirmed that she would star as Darna in the upcoming film adaptation. It was set to be released in 2019. However, due to an injury she suffered during the primetime drama Bagani (TV Series), she withdrew herself from the role on April 4th, 2019.

In August 2015, she got chosen in The Philippine Star Lifestyle’s “29 Most Bright & Beautiful” list.[28] Campaign Asia Magazine named Soberano as 2017 most popular endorser of the year.

In 2018, she got listed by YouGov an international Internet-based market research and data analytics firm in the United Kingdom, as the No.1 most admired woman in the Philippines.

In 2014, she won the 46th GMMSF Box-Office Entertainment Awards for  Most Promising Female Star of the Year and in 2015, she earned 29th PMPC Star Awards for Television German Moreno’s Power Tandem Award. 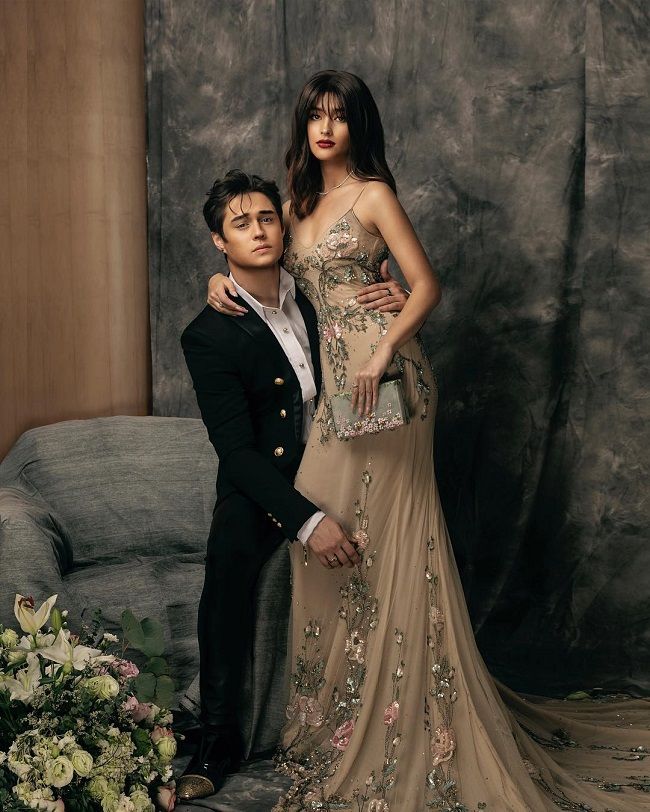 She has been in a relationship with her co-star Enrique Gil since October 2014. They seem to be deeply in love. They often post their photos together showing their love for each other. Likewise, there are no rumors regarding her personal and professional life. She likes to keep away from scandals and controversies.

Liza is 5 feet 7 inches tall and weighs around 51 kgs. Moreover, her chest-waist-hip measurement is 32-24-33 inches. She has dark brown eyes and brown hair. She has a slim and curvy body. 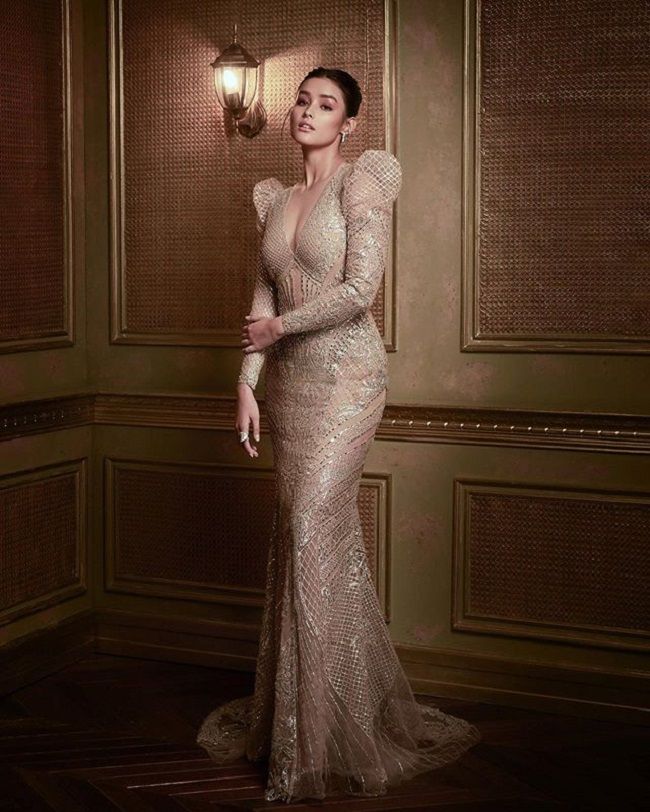 Similarly, Liza has earned a decent amount of money from being an actress. Her estimated net worth is around $5 million. However, it has not been verified yet.