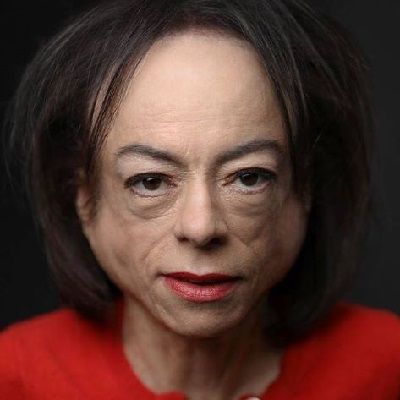 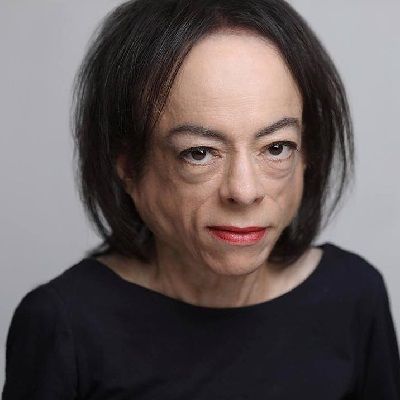 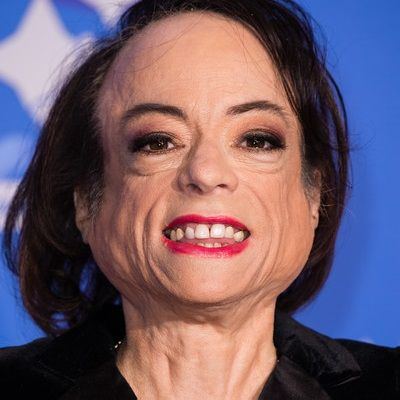 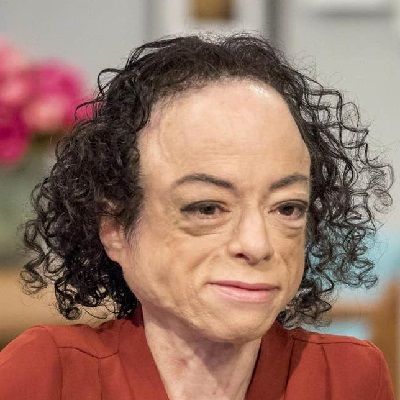 Liz Carr is a British Actress, Comedian, and disability rights activist. Liz Carr is best known for her role as Clarissa Mullery in the BBC’s long-running drama, “Silent Witness”. She joined the cast in 2012 and left the show in February 2020, after 8 years on the show.

In the year 2010, Liz Carr entered into a civil partnership with longtime partner Jo Church in what Carr called “A Wheelie Special Wedding”. Her father gave a speech in which he was prohibited from using words like “brave”.

Carr and her partner danced to the Dirty Dancing theme and the local fire brigade held her, and her chair, aloft.

After months of preparation, on November 1st, 2010, she became a married woman or rather civil partnership. However, she prefers to say married because the legal term, Civil Partnership, is often abbreviated to CP.

As a crip, whenever she hears “CP”, she thinks of Cerebral Palsy.

Her wedding with Jo Church – or CP – was fun, the decorations and food were inspired by the Mexican Day of the Dead festival. The festival isis believed that the spirits of those who’ve died return to party with the living.

Since the couple both lost so many family and disabled friends along the way, they chose this date so that they could celebrate with those from past and present.

As proceedings got underway, all around the couple, they could hear the sniffling of noses, the rustle of tissue packets and the click of cameras. But there were no accompanying flashes because some of the guests had light-sensitive epilepsy.

And the only solution was to ban flash photography or have the St John’s Ambulance in attendance, as she humorously writes in her blog. 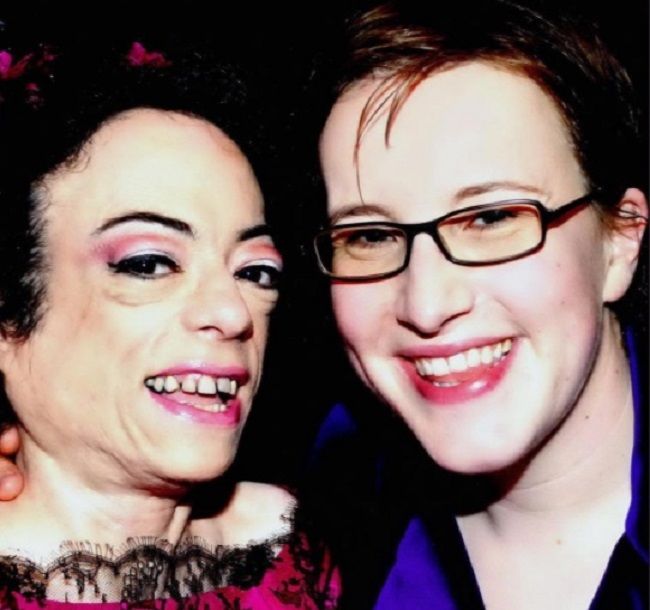 Her dad had been told to avoid using the word special at all costs. Instead, he crammed 38 years of being her dad into his twelve-minute father-of-the-bride speech.

He spoke about her becoming disabled without dwelling on it and talked proudly about her disability activism, her comedy, and her new wife. He joked about how she had banned him from saying things like brave, inspirational, and special.

There were 170 guests present, at least half of whom were disabled. The room was like a health and safety time bomb and the seating plan a logistical nightmare.

The wheelies and blinkies had to have enough space to move about freely. Their deaf friends had to sit near the front so they could lip-read. The agoraphobics needed to sit at the back so they could escape.

Assistance dogs had their own pen and so did the personal assistants. There isn’t a wedding planning book in existence that could have prepared them for this.

After all the traditional formalities, the couple dreaded the traditionally awkward wedding dance. People would be wondering how exactly they dance together. she writes,

“Would Jo get down on her knees and hold me close or perhaps scoop me up in her arms and whisk me around the floor? We decided to really give them something to talk about. So we signed up for dance classes and filmed the result, negating the need to perform on the day. We chose Time of my Life from Dirty Dancing.”

Liz Carr’s full name is Elizabeth Ann Carr and she was born in Port Sunlight, England. Later, she grew up in Bebington.

She came to the world in April 1972, but her exact date of birth is not available and her current age is 49 years. Her mother’s name is Patricia Carr but her father’s name is not mentioned.

Likewise, She lived and grew up in Bebington, England until she went to Nottingham University in 1990 to study law. She graduated with an LLB in Law and volunteered in a law center.

Later, she became a campaigner for civil rights for disabled people in the UK and internationally.

In 2000, she began to tread the boards when she co-founded the comedy group, Nasty Girls. Then in 2003, she studied performing arts with Graeae Theatre Company and London Met University.

She also played ‘Mother Courage’ in the final touring production.

After this, she was part of the first-ever Disabled women’s reading of ‘The Vagina Monologues‘.

She took to the main stage at The Young Vic Theatre, London in another Brecht, ‘The Exception and the Rule‘. In the following year, she also toured with the Graeae production of Moliere’s ‘George Dandin’. 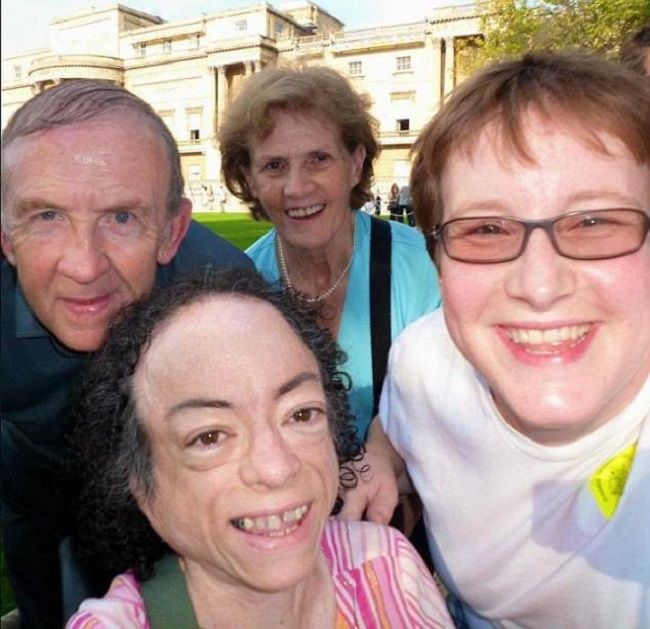 Moving on to Liz Carr’s profession, she is a British actress, comedian, broadcaster, and international disability rights, activist. Her first job with the BBC was as a columnist for the website Ouch!. I

t was before becoming the co-host with American Horror Story (2011) actor, Mat Fraser, of the infamous Ouch podcast.

In the year 2005, she joined the comedy group Abnormally Funny People. Also, Sky TV documented her stand-up debut with the group for a documentary on its channel.

She was a finalist in the Funny Women competition in 2006. Then in 2007, she was runner-up in the Hackney Empire New Act competition.

She has taken 6 shows to Edinburgh Fringe, 2 shows to Melbourne Comedy Festival, and toured all over the world with her comedy, her cabaret, and her one-woman show, ‘

It Hasn’t Happened Yet’. Additionally, she wrote the book and lyrics for her show, ‘Assisted Suicide The Musical’ which she performed to sell-out audiences at the Royal Festival Hall, London in 2016 and 2017.

Carr has used a wheelchair since the age of seven owing to arthrogryposis multiplex congenital (AMC) and frequently refers to her condition in her stand-up as “meus thronus kaputus”.

She is frank about her life as a disabled person and the inherent comedy that brings. She says:

“I’ve had some tuts, which is fantastic… I look quite frail to some people, so it’s like, ‘She’s talking about sex, she’s swearing.’ Every stereotype you didn’t expect. People generally look terrified. ‘Oh my God, is she going to be funny? Can we laugh at this?'”.

Moreover, she has been part of a number of comedy groups. One of them is Abnormally Funny People with Tanyalee Davis, Steve Day, Steve Best, Simon Minty, and Chris McCausland.

Additionally, she also co-hosted the BBC’s Royal Television Society award-winning Ouch! Podcast with Mat Fraser from 2006 to 2013, and in 2011, she worked as a researcher for the BBC comedy panel show Have I Got News for You.

Talking about her acting career, she was in her thirties when she took on her first professional acting role. She played the role of Mother Courage, before heading to the Young Vic with another Bertolt Brecht play, The Exception and the Rule.

On the screen, she is best known for her role as forensic examiner Clarissa Mullery in the BBC’s long-running drama, Silent Witness (1996) alongside Emilia Fox, David Caves and Richard Lintern.

She joined the series in 2012 but almost missed out on the role when she got stuck in traffic and turned up too late for the audition.

This was her first TV acting role and over the next seven series, her character Clarissa has grown from a sidekick to a main part of the regular cast. However, on 5 February 2020, they announced that she had departed Silent Witness after 8 years.

Moreover, in 2019, she starred in The OA as Dr. Marlow Rhodes. Then in 2020, she appeared as a university lecturer in the miniseries Devs. 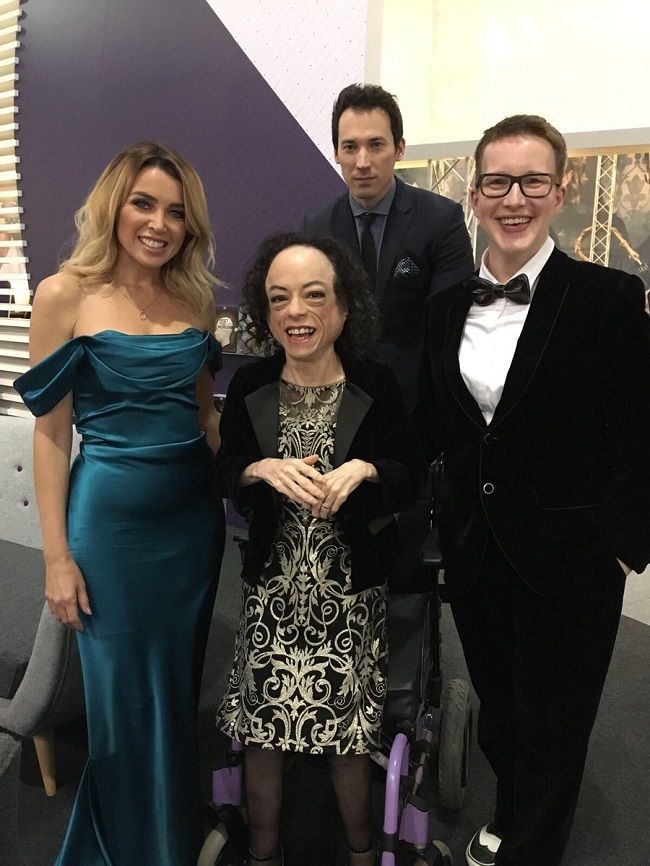 It was to raise money for ADAPT and to protest against presidential candidate John McCain’s refusal to support the right of people with disabilities to live in their own homes.

Similarly, in the year 2011, she was part of a Newsnight debate on assisted suicide, following the screening on the BBC of Terry Pratchett: Choosing to Die, which included Jeremy Paxman and David Aaronovitch.

“I fear we’ve so devalued certain groups of people – ill people, disabled people, older people – that I don’t think it’s in their best interests to enshrine in law the right of doctors to kill certain people.”

Liz’s mother, Patricia Carr, described how the then 45-year-old star, who uses a wheelchair, managed to flee as her personal assistant took on the attacker.

The PA tried to force him (the attacker) off, and she shouted to her “just go, go, go, go” ‎and she was shouting to people for help. She was stabbed in the head by a man wielding scissors

She, who recovered at home with her wife, said that the experience was very frightening but she was relatively unscathed. Her carer and PA saved her life because she fought him off as her mother mentioned.

The PA warned her that there was somebody and said: “she, you need to go across the road”. By this time, she could already tell by the tone of her PA’s voice that this was something serious.

A brave public followed the attacker who was then arrested by the police. Her mother also said that she was very traumatized but used her humor to help herself get through.

The incident in detail

Talking in detail about the attacker, a man in his 20s lunged at her, who was 45 years old at the time of the incident. It was in a London street as her carer tried to keep him at bay. A friend said about the incident:

It was a terrifying experience for she. He followed the two and began lashing out and stabbed she in the head. There was blood everywhere.

But she was very lucky that the wound grazed her head and she was not more seriously injured. She was being pushed in her wheelchair when this young man, armed with two pairs of scissors, suddenly headed towards her.

Typically, she is putting a brave face on it, joking that it was like being attacked by Edward Scissorhands. She has no idea who he was and has never seen him before.

Both she and her carer, who broke a finger and suffered minor cuts, went to a hospital. The incident occurred in London’s busy Euston Road near Euston Station just before 8.30 pm on Thursday.

Both she and her carer screamed for help as the man headed for them brandishing the scissors. A suspect in his 20s was arrested on suspicion of GBH.

A police doctor ruled he was unfit to be interviewed and he has since been sectioned under the Mental Health Act. The Metropolitan Police said: “Police were called to a report of a man attacking two women with scissors

.” Officers and the London Ambulance Service attended the incident scene. 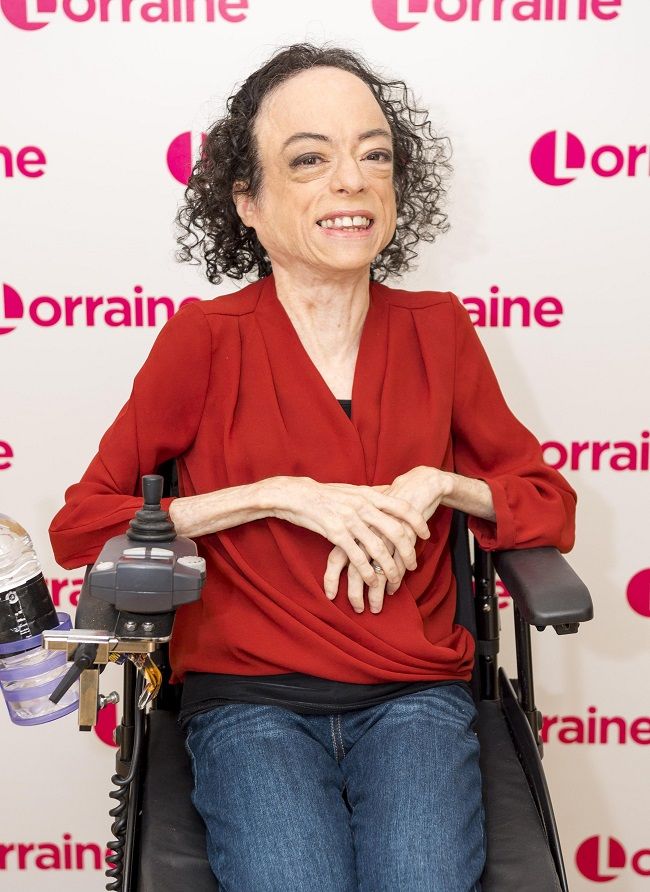 Caption: Liz Carr photographed in an event. Source: The Sun

Liz Carr is active on Twitter but she doesn’t seem available on other social media platforms. She joined Twitter in December 2016 and at present has 44.5k followers.

Moving on to her earnings, her net worth estimation is approximately $5 million dollars. Her involvement in TV shows and theaters heavily influence her earnings.